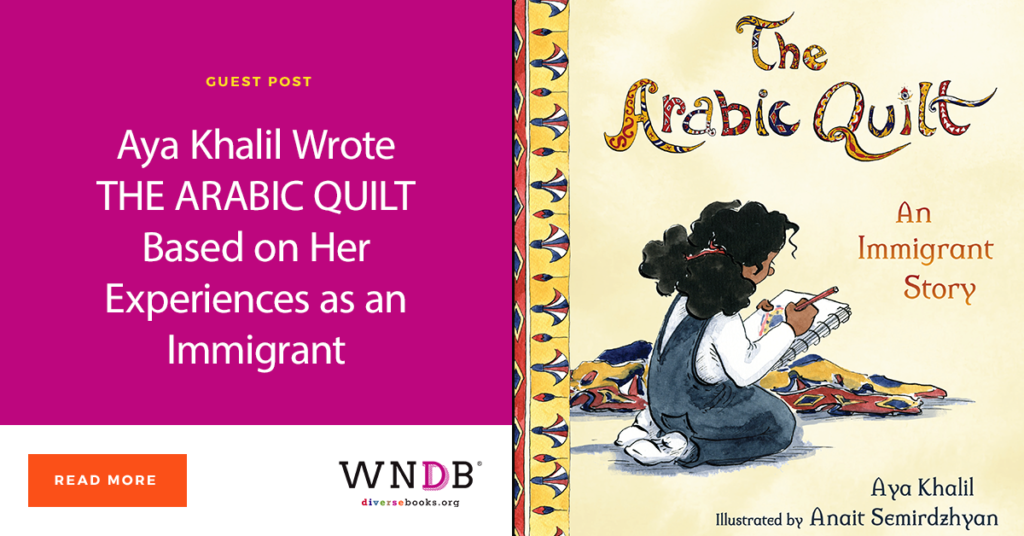 When my parents, brother, and I moved to the United States from Egypt 31 years ago, we were lonely, as most immigrants are when they arrive. We lived in New Jersey at the time, and with limited English-speaking skills and no car, my mom would take us on long bus rides with each other to pass time. My brother was two and I was one and according to her, we enjoyed these bus rides; we met other locals, waved to drivers in their cars, and just enjoyed each others’ company. As the years went on, the bus rides stopped as my mom learned to drive, we started school, moved several times, and gained two more siblings.

In the mid-1990s, we moved to Minot, North Dakota because of my father’s job. Even with a population of around 34,000 at the time and brutal winters (my father had to be picked up from home on a snowmobile to get to work once), we still had some great memories from there. A memory from third grade inspired me to write my picture book The Arabic Quilt.

My brother and I were the only Muslim, immigrant kids in our elementary school. I have a couple of vivid memories from school at Perkett Elementary. One memory was during Ramadan. I remember it was in February because my classmates were passing out Valentine’s and I couldn’t eat any because I was fasting. If his work hours allowed, my dad would come to pick me and my brother up during lunch and drive me around so I wouldn’t feel left out during lunch while the kids ate mediocre-tasting pizza and plain corn. My mom would pack me hearty lunches filled with Egyptian meals—macarona béchamel, gebna roomi, or a kofta sandwich. We would just drive for 30 minutes and talk a little about our fasting day.

I had wonderful teachers at Perkett Elementary. My homeroom teacher asked me one day to write my classmates’ names down in Arabic for a project. That project and lesson that took place over twenty years inspired me to write a picture book about an Egyptian girl who immigrates to the US and tries to fit in.

In middle school, we moved to Lima, Ohio. Like most middle schoolers, I desperately tried to fit in. My brother and I and one other girl were the only Muslims in the school. I was white-passing so nobody really knew I was Muslim and I tried to keep it that way. “Go back to your country,” a kid said to me one day. How did he know? He probably saw my mom at pick up with her hijab. I ignored him and told my parents that day. “Everyone in America is an immigrant except for Native Americans,” my dad said to me that night. I was satisfied with his answer and showed off my Nano pet at school for the next couple of days.

I had a racist social studies teacher in sixth grade. She knew I was Muslim and often made comments that made me feel uncomfortable. Again, I went to my parents but this time my dad talked to the school administration. That’s when they invited him to come to our class to “talk about his culture” and the teacher apologized (fake apology now that I think of it) for her comments. “Wow, you’re from Egypt? So cool. Do you live in a Pyramid? Do you go to school on a camel?” I laughed at my classmates’ questions. It was funny at the time, but now I realize they were microaggressions.

Kids were intrigued by my name. “Your name is Aya? Ha! Like I, uh, have a question for you!” My name wasn’t even pronounced that way but growing up I left people to mispronounce my name. Why would I waste my time or their time correcting them? It’s just a name, I thought.

I now make sure my own kids hear me when I correct my own name when people mispronounce it. I tell other people my kids’ names just as they are: Muhammad. Aminah. Halimah. No shortcuts. No modifications. No nicknames. Muhammad (meaning praised), named after our beloved prophet; Aminah (meaning trustworthy), the prophet’s mother; and Halimah (meaning patient, gentle), prophet Muhammad’s foster mother. Names are part of an identity and parents carefully choose their kids’ names. The same can be said about the characters in my book. I purposely named my main character Kanzi, which comes from the word “kanz,” meaning treasure. She doesn’t realize that she is a gem, although, with the help of those around her, she finally does.

I surprised my parents by dedicating the book to them since they’re the true heroes. Giving up your life, friends, family, and home and immigrating to a new country is a brave feat. President Donald Trump continues to make immigration and refugees feel unwelcome and unsafe, but we must continue telling our stories. It’s been three years since the Muslim ban and he continues to add more Muslim-majority countries. He might ban many Muslims from immigrating to the US, but our own, authentic stories will continue to be amplified. If you’re a first, second, third-generation immigrant, then I hope this encourages you to write your story—talk to your parents, grandparents, and great-grandparents and take notes. Write drafts. Publish it in blogs, local newspapers, magazines, and books. If you are not an immigrant, talk to your friends who are and amplify their stories by supporting them and giving them space to tell their stories. 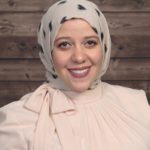 Aya Khalil is a freelance journalist and educator. She’s been featured in Teen Vogue, Book Riot, Romper, Yahoo! and others. Her work has been published in The Huffington Post, The Christian Science Monitor, Toledo Area Parent, and others. She’s done sensitivity consultation for DK Publishing/Penguin Random House and The Arabic Quilt is her debut picture book. She lives in Toledo, Ohio, with her husband, Abdalrahman, and their three children. Follow her on Twitter and Instagram.

Previous Post: « Q&A with Valerie Bolling: LET’S DANCE!
Next Post: The Everywhere Book Fest: Bringing the Festival Experience to Everyone, Everywhere! »
We're thrilled to reveal the cover for TOKYO NIGHT