Man Made Monsters by Andrea L. Rogers and illustrated by Jeff Edwards

Choosing Brave: How Mamie Till-Mobley and Emmett Till Sparked the Civil Rights Movement by Angela Joy, illustrated by Janelle Washington 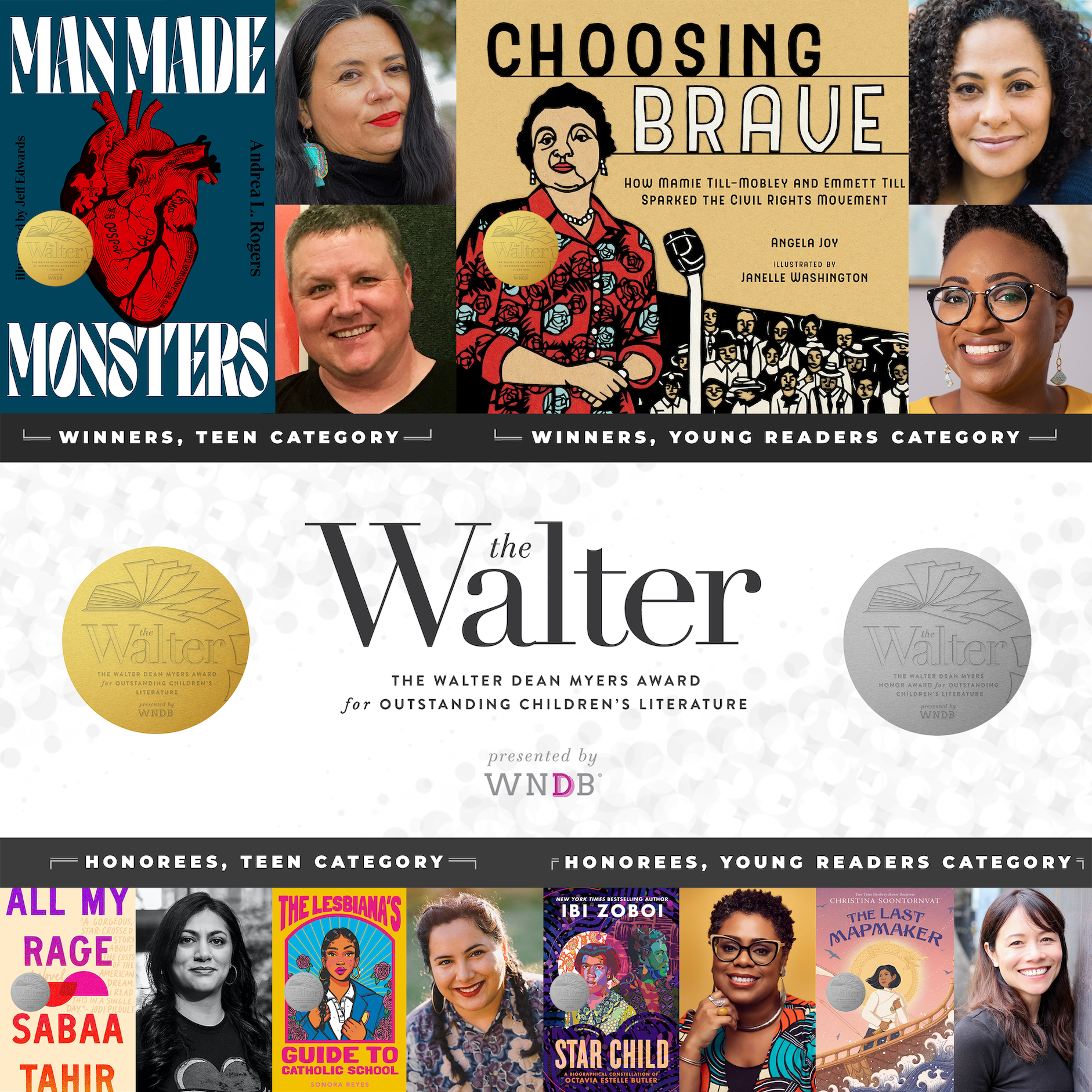 Award-winning Jacqueline Woodson, the sixth National Ambassador for Young People’s Literature, will serve as ceremony’s emcee. The​ ​ceremony​ ​will​ ​be​ ​preceded​ ​by​ ​a​ symposium​ ​on​ ​diversity​ ​in​ ​children’s​ ​literature.​ ​The​ ​symposium,​ ​titled​ ​“Books Saves Lives,”​ ​will be​ ​moderated​ ​by​ WNDB founding member, CEO, and award-winning writer Ellen Oh.

past winners and honorees

Submission Guidelines for The 2024 Walter Awards

The 2024 Walter Awards will be given in two categories: Teen and Younger Readers.

The Walters will be decided by a judging committee of esteemed librarians and educators. The Chair and Vice-Chair of the 2024 Judging Committee will be available in March 2023.

WHAT IS MEANT BY “DIVERSE”?

Any submission received that does not meet these requirements will not be read.

Publishers are invited to submit eligible titles for consideration to the Walter Awards Judging Committee. One physical book must be provided to each of the committee members. Please contact WalterAward@diversebooks.org after March 15, 2023, to receive the 2024 Committee members’ shipping addresses.

When publishers submit books, they must supply information regarding which book[s] they are sending. Requested information includes:

Publishers must submit physical copies. Physical copies may be a finished book or an ARC. All ARCs must be followed up with a final printed copy by December 31, 2023.

Self-published titles are not being accepted.

Please note: The last date to mail eligible titles is November 15, 2023. Entries postmarked after this date WILL NOT be eligible for consideration.

We look forward to your submissions! 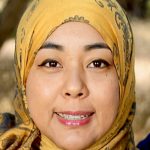 Ariana Hussain is a teacher librarian at the Blake School in the Minneapolis metro area and is currently on the Boards of the Association for Library Service to Children (ALSC) of the American Library Association (ALA) and the United States Board on Books for Young People (USBBY). Before being on the Walters as a jury member and chair, Ariana served on ALA’s Rise: A Feminist Book Project, the Stonewall Mike Morgan and Larry Romans Children’s & Young Adult Literature Award, ALSC Notable Children’s Books, the APALA Literature Awards, and the Middle East Outreach Council (MEOC) Middle East Book Award. Ariana has reviewed Kirkus, Horn Book, and School Library Journal and is a founding member of Hijabi Librarians, a collective of Muslim librarians that reviews children’s and young adult literature featuring Muslims. 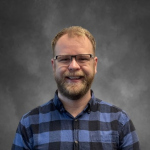 Jeremiah Henderson is a 5th Grade Teacher at Northschool School District in Bothell, WA, and an MLIS student at San Jose State University. Jeremiah served as the Vice Chair of The Walter Dean Myers Awards for the 2023 award year. He has also served on the IBBY Hans Christian Andersen Award for the United States nomination committee for the 2022 award year. Jeremiah has also served on the editorial board for the ALSC (American Library Service to Children) peer reviewed journal Children & Libraries. He is also serving a two year term on the ALSC Excellence in Early Learning Digital Media Award. 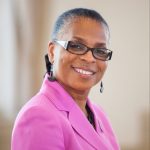 Rose Dawson currently holds the position of director of the Alexandria Library in Alexandria, Virginia. Youth services being her first love, over the years, Rose has functioned as a storyteller, children’s librarian and youth services coordinator. 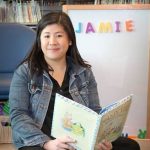 Jamie Kurumaji is a Supervising Librarian at the Fresno County Public Library in Central California.  She has a background in music and art history and was a 2020 American Library Association (ALA) Emerging Leader.  She is passionate about creating inclusive and intentional programming and services for Fresno County youth.  Jamie is currently serving a three-year term as an ALA Councilor-at-Large.  She has served on a number of book award committees including the Asian/Pacific American Librarians Association (APALA) 2022 Literature Committee for Children’s Literature, the 2021 Theodor Seuss Geisel Award Committee, and the 2021 and 2022 California Library Association (CLA) Beatty Award Committee.  She is currently a member of the Advisory Board for Booklist.  She is an active member of APALA, ALSC, PLA, and Central California’s local Reforma Chapter. 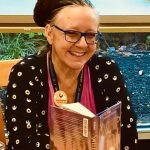 Sara Martinez was the founding coordinator for Tulsa City-County Library's Hispanic Resource Center where she hosted a myriad of Latinx writers from Gustavo Arellano to Lulu Delacre to Matt de la Peña.  She currently manages the Nathan Hale branch, the smallest and one of the busiest branches in Tulsa.  Sara has served as a chair of the Greater Tulsa Area Hispanic Affairs Commission for Tulsa City and County; recent projects include Courageous Community Conversations and Let’s Talk about Race.  Sara edited ABC-CLIO’s genre guide Latino Literature. A Guide to Reading Interests and wrote The Chicano Movement. Historical Explorations of Literature.  After receiving her BA in Comparative Literature from the University of California at Berkeley, Sara moved to Mexico City to do graduate work in Latin American Studies and Literature at the Universidad Nacional Autónoma de México.  She received her Master’s degree in Library and Information Science from the University of Oklahoma.

This year, Sara helped form and is now Chair of Corazón de la Nación, a Chapter of REFORMA, the National Association to Promote Library and Information Services to Latinos and the Spanish-speaking. 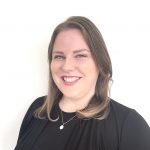 Rachel L. Rickard Rebellino is a teacher, researcher, and consultant. She holds a PhD in Teaching and Learning with a specialty in Literature for Children and Young Adults from The Ohio State University, where she was a Presidential Fellow. Rachel has taught a wide variety of undergraduate and graduate courses on children's and young adult literature at The Ohio State University and Bowling Green State University. Her academic research focuses on narrative form, digital youth cultures, girlhood studies, and the role of youth literature in facilitating conversations around equity and justice. Her work on youth literature can be found in The ALAN Review, English Journal, The Lion and the Unicorn, and Bookbird as well as in the edited collections Dust Off the Gold Medal: Rediscovering Children's Literature at the Newbery Centennial, Beyond the Blockbusters: Themes and Trends in Contemporary Young Adult Fiction, Critical Approaches for Critical Educators: Engaging with Multicultural Young Adult Literature in the Secondary Classroom, and Graphic Novels for Children and Young Adults: A Collection of Critical Essays. She previously served on the committee of The Lion and the Unicorn Award for Excellence in North American Poetry. 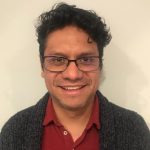 Juan Samperio is School Librarian at McKinley Tech HS, previous to being a librarian he taught Spanish in a Middle school setting as well as 8 years of elementary school teaching in a Spanish full emersion school. Juan Also has 2 years of teaching English in Japan and started his career as a Police interpreter for Las Vegas Metro Police Department. Got his Masters Degree in Library Science from Syracuse University and a Bachelors Degree in Political Science from University of Nevada Las Vegas. He is very interested in American History and promoting reading and local History in the District of Columbia.

What is your definition of diverse? Collapse

WNDB’s definition of who is diverse is stated in our mission statement. Our definition of diversity recognizes all diverse experiences, including (but not limited to) LGBTQIA, Native, people of color, gender diversity, people with disabilities*, and ethnic, cultural, and religious minorities.

*We subscribe to a broad definition of disability, which includes but is not limited to physical, sensory, cognitive, intellectual, or developmental disabilities, chronic conditions, and mental illnesses (this may also include addiction). Furthermore, we subscribe to a social model of disability, which presents disability as created by barriers in the social environment, due to lack of equal access, stereotyping, and other forms of marginalization.

I WOULD LIKE TO NOMINATE A BOOK FOR CONSIDERATION FOR THE WALTER AWARDS. CAN I SHARE IT WITH YOU? Expand

Please check our submission guidelines listed above. The guidelines outline who is allowed to submit books and nominations. WNDB is not accepting nominations from the general public; eligible submissions must be sent directly to the Walter Awards Judging Committee by the publisher.

CAN A BOOK BY A DIVERSE AUTHOR WHO WROTE OUTSIDE THEIR DIVERSITY QUALIFY FOR THE WALTER AWARDS? Expand

WNDB’s mission is to amplify the voices of diverse authors and to highlight diverse works. If a diverse author wrote a diverse book, he/she/they are eligible for consideration for the Walter Awards.

ARE THE WALTERS LIMITED TO YOUNG ADULT TITLES? Expand

For our first and second years, the Walters were limited to young adult titles only. Since 2018 the Walter Awards has included two categories: Teen (ages 13-18) and Younger Readers (ages 9-13).

WHAT ARE THE AGE RANGES FOR TEEN AND YOUNGER READERS? Expand

I WROTE A DIVERSE BOOK BUT I AM NOT A DIVERSE AUTHOR. AM I ELIGIBLE? Expand

No. As WNDB’s mission is to amplify both diverse works and diverse authors, both author and main character(s) must be diverse. WNDB admires and respects authors who may not meet this criterion but who write diversity in a thoughtful, respectful, and nuanced manner. This particular award has a specific aim to amplify diverse voices and diverse works and to address this specific issue.

I AM A DIVERSE AUTHOR AND WROTE A DIVERSE BOOK. HOW CAN I SUBMIT MY BOOK? Expand

Please get in touch with your publisher. All submissions must come through publishers.

WHEN WILL THE AWARDS BE ANNOUNCED? Expand

IS THERE A SUBMISSION FEE? Expand

There is no fee to submit books for Walter Awards consideration.

I HAVE SELF-PUBLISHED MY BOOK. AM I ELIGIBLE TO SUBMIT? Expand

Self-published titles are no longer eligible for submission.

I HAVE A QUESTION THAT IS NOT ANSWERED HERE. WHO CAN I CONTACT? Expand