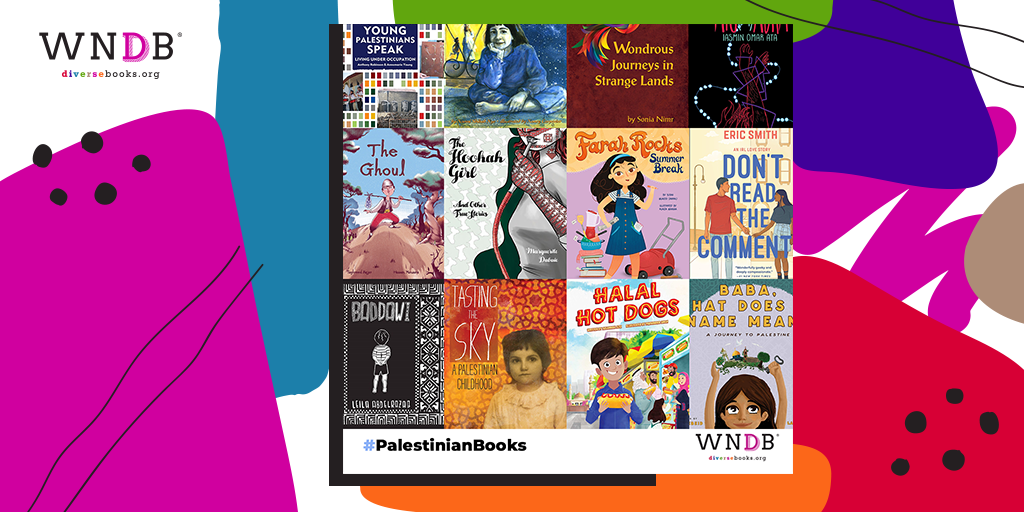 Growing up, my father always told me, “Books are the gateway to a culture’s soul,” and that, as Palestinians, it was important that we educate people about the history, art, literature, and beauty of our culture—to show our humanity to a world that often forgets it. Like many marginalized indigenous people, Palestinians resist through storytelling. There is a centuries-old tradition of Palestinians truth-telling through stories that continues to this day, even now in the diaspora. To understand a people, we must listen to their stories, experience their art, and honor their histories. Here are some of my favorite books by Palestinian writers for children and young adults. 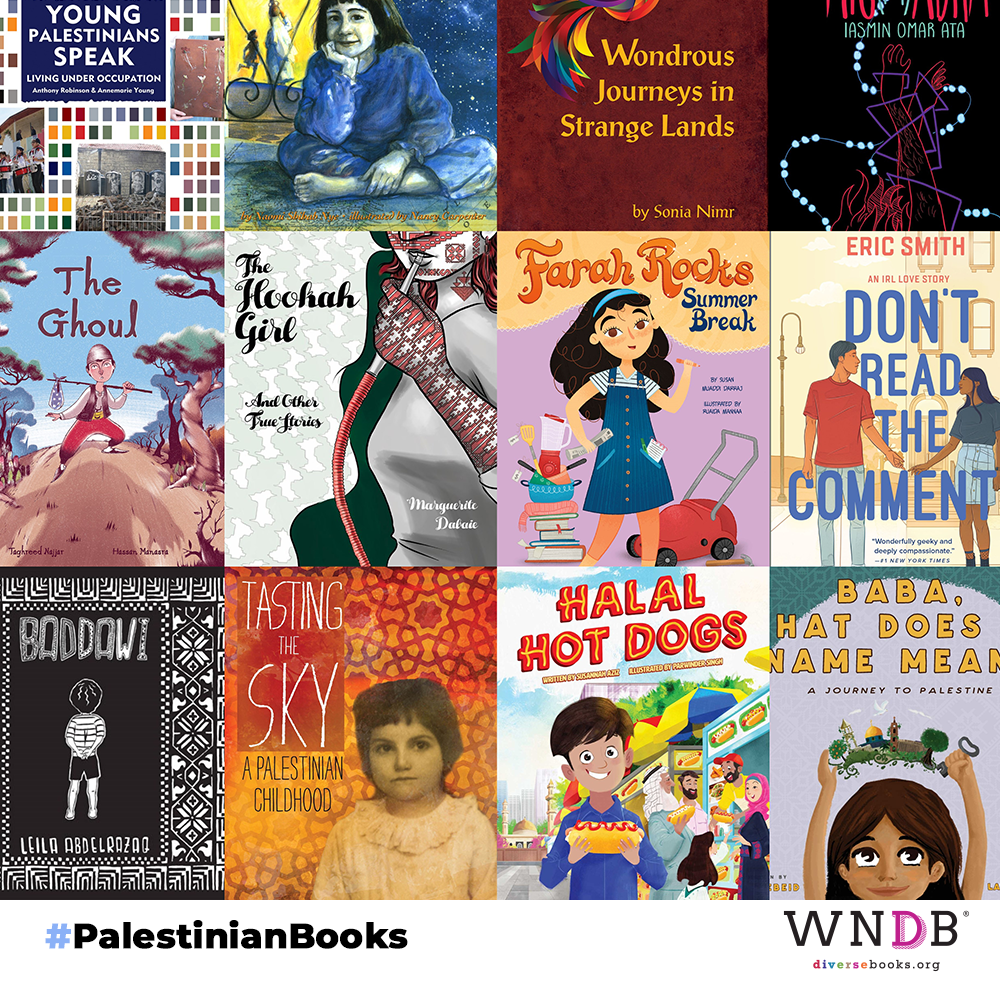 Mona has never met her grandmother, her sitti, before. One day she visits her in Palestine, all the way across the world. Despite coming from different cultures, and speaking different languages, Mona and Sitti share secrets under the lemon trees. This lyrical ode to a lost homeland has become a staple in Palestinian households across America for over 25 years.

The Ghoul by Taghreed Najjar, illustrated by Hassan Manasra

The Ghoul is a beautifully illustrated story that can be used as a springboard to discuss how we perceive those who are different from us and how our fears and prejudices may be built on false assumptions. All the villagers in Hasan’s village are afraid of “the Ghoul.” For years, they’ve tiptoed around the village for fear of disturbing him. One day, Hasan embarks on a dangerous mission to face the long-feared Ghoul. When Hasan finally meets the Ghoul living on top of the mountain, he discovers some surprising truths that change everything.

Hear from children, teens, and 20-somethings from all over the Gaza Strip and the West Bank, speaking in their own voices about their daily experiences living under occupation. Kirkus Reviews declares this book as “A poignant, powerful, and insightful collection of voices seldom heard.”

Every Friday Musa and his family delight in a treat after Jummah prayer at the masjid (mosque). Musa’s favorite is halal hot dogs, but unforeseen obstacles are getting in the way! According to Kirkus Reviews, Halal Hot Dogs is “A joyful celebration of street food and Muslim-American culture.”

Baba, What Does My Name Mean? by Rifk Ebeid, Illustrated by Lamaa Jawhari

When friends enquire, Saamidah ventures on a quest to find out what her name means and where it comes from. With help from her father, she learns about her homeland, Palestine, as well as the part she plays in keeping it alive. This important picture book includes back matter with discussion questions for readers.

For Divya and Aaron, their world is online gaming. While Divya trades her rising-star status for sponsorships to help her struggling single mom pay rent, Aaron plays as a way to fuel his own dreams of becoming a game developer—and as a way to disappear when his mom starts talking about medical school. After a chance online meeting, the pair decides to team up, but soon find themselves the targets of a group of internet trolls who begin launching a real-world doxxing campaign, threatening Aaron’s dream and Divya’s actual life. Author Marieke Nijkamp calls it “Wonderfully geeky and deeply compassionate.”

Tasting The Sky: A Palestinian Childhood by Ibtisam Barakat

In this groundbreaking memoir set in Ramallah during the aftermath of the 1967 Six-Day War, Ibtisam Barakat captures what it is like to be a child whose world is shattered by war. With candor and courage, she stitches together memories of her childhood: fear and confusion as bombs explode near her home and she is separated from her family; the harshness of life as a Palestinian refugee; her unexpected joy when she discovers Alef, the first letter of the Arabic alphabet. This memoir is an illuminating and timely book that provides a telling glimpse into a part of the Middle East that is often misrepresented.

The story begins hundreds of years ago, when our hero—Qamr—is born an outcast at the foot of a mountain in Palestine, near her father’s strange, isolated village. Qamr’s mother must solve the mystery of why only boys are born in this odd, conservative village. Then, in the style of 1001 Nights, this tale moves into another. Qamr’s parents die and a prince with many wives wants to marry her. Qamr takes her favorite book, Wondrous Journeys in Strange Lands, and flees, beginning an epic journey of self-discovery. Publisher Weekly states “Nimr’s rip-roaring feminist folktale combines legend and history to great effect.”

Ahmed was raised in the refugee camp of Baddawi in northern Lebanon, one of many thousands of children born to Palestinians who fled their homeland during the 1948 war that established the state of Israel. Ahmad’s dogged pursuit of education and opportunity echoes the journey of the Palestinian people, as they make the best of their existing circumstances while remaining determined to one day return to their homeland.

Isaac wants nothing more than to be a functional college student, but managing his epilepsy is an exhausting battle to survive. He attempts to maintain a balancing act between his seizure triggers and his day-to-day schedule, but he finds that nothing—not even his medication—seems to work. Even with an unexpected new friend by his side, Isaac is starting to think his epilepsy might be unbeatable. Based on the author’s own experiences as an epileptic, Mis(h)adra is a boldly visual depiction of the daily struggles of living with a misunderstood condition in today’s hectic and uninformed world. Bryan Lee O’Malley, author of the Scott Pilgrim series, calls it “Visceral, hilarious, utterly human, and unlike anything you’ve ever read. An explosive debut.”

The Hookah Girl: And Other True Stories by Marguerite Dabaie

The Hookah Girl is a semi-autobiographical graphic novel of a childhood as a Christian Palestinian in America. Told in short stories and with narrative ranging from growing up in a refugee family to how to roll waraq enab (stuffed grape leaves), this book is an account of living in two seemingly different cultures that actually aren’t very different at all.

Hannah Moushabeck is a second-generation Palestinian American marketer, author, and editor. Born into Interlink Publishing, a family-run publishing company, she learned the value of literature at a young age. A former co-chair of the New England Children’s Booksellers Advisory Committee, and a current member of the New England Independent Booksellers Association’s Advisory Council, Hannah has also worked for Chronicle Books, Interlink Publishing, and The Quarto Group. Her debut picture book, Homeland: My Father Dreams of Palestine, comes out in Spring 2023 from Chronicle Books. Find her online: Twitter @HMoushabeck and Instagram @hannahmoushabeck.