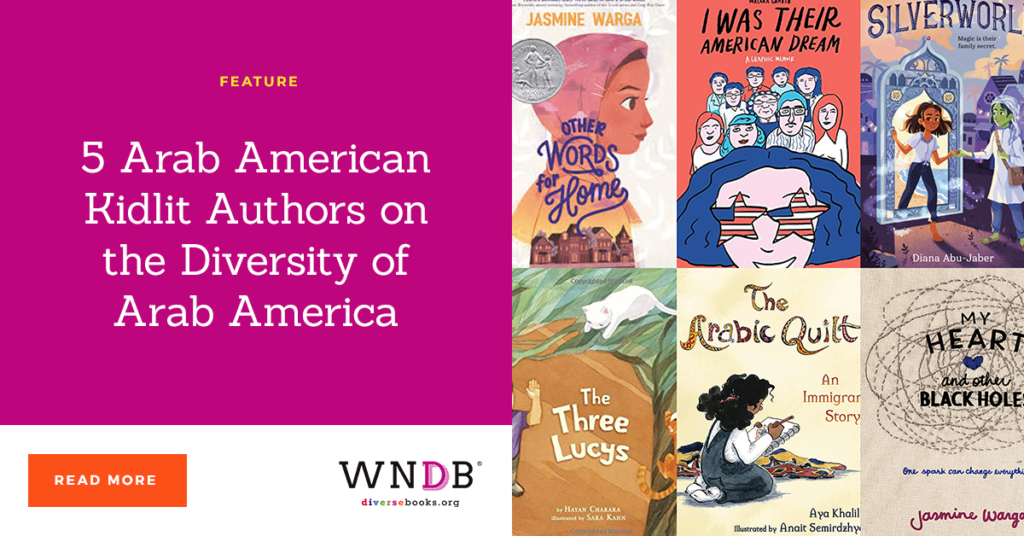 In April 2020, WNDB posted a booklist in celebration of Arab-American Heritage Month that included titles written by non-Arab authors. This was an egregious error on our part and we apologize. We are taking steps to make amends, including uplifting an array of Arab American children’s literature authors and their work. This blog post by award-winning author Susan Muaddi Darraj celebrates Arab American authors and highlights the diversity of Arab America as told from the perspective of several kidlit authors.

As a college student in the late 1990s, I remember the shock of encountering the YA novel Habibi by acclaimed poet Naomi Shihab Nye. Fourteen-year-old Liyyana Aboud’s Palestinian father decides to move his Palestinian-American family back to his homeland. Growing up is hard enough, but now Liyyana is doing it in an unfamiliar culture, amidst the turbulent Palestinian-Israeli conflict.

There were no exotic creatures here. No princesses locked in castles talking to their pet tigers. No harems, no oil sheiks, no bellydancers. Just a beautiful, heartfelt story, with a protagonist who happened to be an Arab American teenager.

I recall wishing Habibi had been published when I was younger. It seemed unfair to only have found a mirror like this as an adult.

Even now, two decades later, I still have trouble finding books for my own children that narrate the Arab American experience.

Poet Hayan Charara, who describes Nye as “a friend and a mentor,” credits her with the inspiration for his picture book, The Three Lucys. “She urged me to write a children’s book, and I took up the challenge,” he explained to We Need Diverse Books. In the beautifully illustrated book, a young boy copes with the loss of his beloved cat during the July 2006 Lebanese-Israeli war. The School Library Journal praised Charara for “a war story writ small for young readers.” The Three Lucys won a number of awards, and Charara credits his publisher, Lee and Low: “They’ve advocated for and published books by writers of color for decades,” he said.

Despite the advocacy of some publishers, there continues to be a paucity of kidlit books featuring Arab American characters. Diana Abu-Jaber is a novelist and memoirist who has recently entered the kidlit world with her middle grade novel, Silverworld. A young girl falls through an ancient mirror, on a quest to save her Sitti (grandmother). Years ago, during a book event, Abu Jaber was asked by some parents in the audience to suggest Arab American titles for young people. “I struggled to come up with much at the time,” she told WNDB, “and that really got me thinking.”

Abu-Jaber, whose first novel Arabian Jazz was turned down thirty years ago by one editor who thought writing about Arabs was “politically inappropriate,” believes, “The challenge that marginalized writers face is that the book industry tends to buy and promote what’s familiar, what’s popular, what they know will sell. It’s often an unconscious form of exclusion, which can make it terribly difficult to combat.”

Filling the gap of Arab American kidlit representation is fraught with challenges, sometimes internal ones. Jasmine Warga, author of the acclaimed Other Words for Home, says that while writing her novel-in-verse, she was struck by “how negative Western media portrayal on the whole is of Arabs. It’s so bad that for a long time, I flinched every time I used the word Arab. I had been conditioned to view it as almost a bad word. While writing Other Words for Home, I thought a lot about that, and how much I wanted to reclaim that word and my identity.” Other Words for Home was described by Jason Reynolds as “a necessary story. We’re lucky to have it in the world.”  It poignantly portrays a young Syrian girl, Jude, who flees the war in Syria with her mother for a new life in the United States, leaving behind her father and brother.

Representing tragedies such as war and violence are a challenge for any author, but especially for Arab American authors. Charara, whose picture book is set in Lebanon, worried about how the audience would receive a book set in the Middle East: While the book is actually “about relationships (with people and animals), as well as how to cope with fears, worries, and loss.” He added, “I did think that people would pay more attention to a story set in the Middle East, and about war, if the focus was on the animals.”

There is also pressure in terms of how Arab American writers are categorized. As an Arab American author, I’ve found my books placed on lists of Muslim authors, Asian American authors, and South Asian authors. The most complicated label, however, can be “writer of color” itself, because of the various implications it generates. In the publishing industry, which is still dominated by white women, there can be expectations of what books with Arab characters should discuss or tackle. One of those pressures, for example, is to feature characters who are women who are portrayed as resisting or revolting against some aspect of Arab or Muslim culture.

Another such expectation that writers of color face is to create a book featuring a character in crisis, a “trauma narrative,” rather than a book depicting their character in a non-traumatic situation. The pressure exists outside of the publishing industry itself. Warga explains that some pressure comes from readers and book reviewers, “who place extra expectations on what they think narratives of and by WOC should look like.”

And yet, for writer Aya Khalil, it was a moment in which her immigrant experience was embraced that inspired her picture book, The Arabic Quilt.  Khail, who emigrated from Egypt, explained to WNDB, “I attended a mostly all-white public school in North Dakota and my own teacher…asked me to write my classmates’ names in Arabic and I passed them out the next day.” The students carefully copied their names in Arabic, and the inclusive, creative teacher hung the squares up as a quilt. Khalil beautifully recounts the formative experience in her debut book.

But for many Arab American writers, it is usually a resistance or lack of understanding of their lives that motivates them to write their stories.  Graphic memoirist Malaka Gharib’s book, I Was Their American Dream, relates—with humor and insight—her upbringing in a family with a Filipina mother and an Egyptian father.  She was inspired to write her memoir after the surge in anti-immigrant rhetoric after the 2016 election. “I thought, this really doesn’t reflect my family’s story in America,” she explained. In her novel, she recounts not just the differences in her parents’ ethnic and religious backgrounds, but also the remarkable similarities—and how they all influenced her identity and her world view.

Again, the state of the publishing industry did give Gharib pause: “I worried that the only reason why my story might have been elevated is because I was a person of color.” But, she added, “In the end, it didn’t matter if that was the reason. So many POC reached out and told me how they saw their own stories in mine, and that made the effort completely worth it.”

For all of these authors, giving young readers a glimpse of life in Arab America is a treasured mission. It’s one they enjoy because they respect their audience deeply. Charara, whose picture book is set during the traumatic summer of 2006 in Lebanon, explains why he adhered to that setting: “It’s too easy for us to turn our attention away from the horrors that people in other countries go through. Not for one minute, though, did I think children would be turning away—by leaps and bounds, children are much more sympathetic and empathic than adults.” 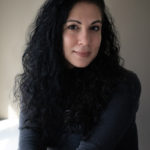 Previous Post: « Jacob Jordan on Why He Started the Equal Opportunity Book Box
Next Post: There’s Something Very Jewish About Winnie-The-Pooh »
Happy pub week to LOVEBOAT REUNION by @abigailhing