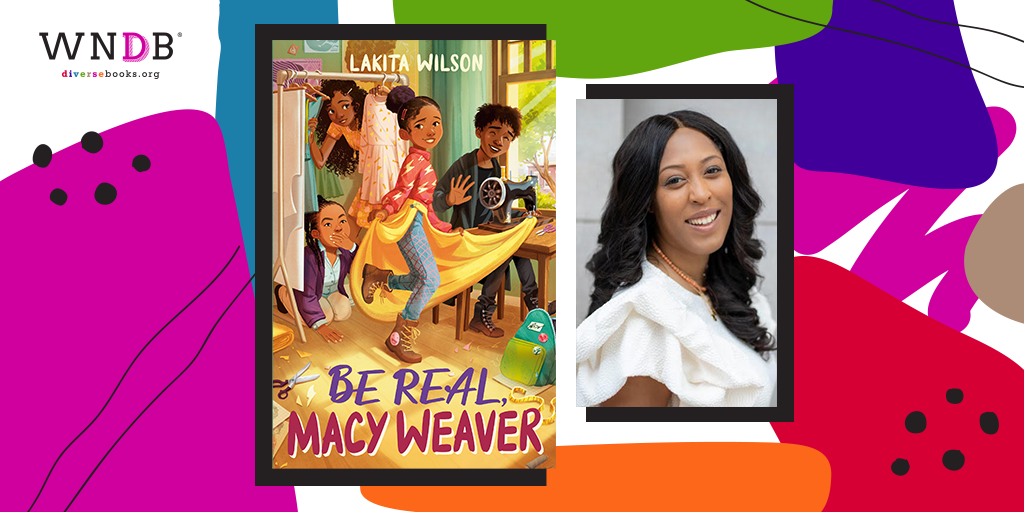 “Next week, when you go to the library, I want you to come home with at least one Black book in your stack,” my mother told me one random Thursday in the 90s.

My dad and I had this ritual. Every Thursday, while my mom cooked dinner, he’d drive me to Fairmount Heights Library in the next town over. Every week, he’d wait patiently while I plucked children’s novels from the shelves. I loved humor, conflict, anything coming-of-age. But I was a glutton for a drama-filled mass market paperback series—The Baby-Sitters Club, and Sweet Valley High, especially.

The day my mother jumped into my bookish business with her “Black book” request, I had just walked into the house and proudly shown off my newest haul. And I was instantly confused. Had my mother been to the library lately? There were no Black books in the children’s section. But when I told her this, she pushed back.

“You can’t tell me there isn’t one Black book on all those shelves.”

Okay. Technically, there were books with Black people on the cover. But those books were the kind we read in school. Biographies on important Black figures in history that were pulled out every Black History Month. The public library was where I could read books leisurely without writing a book report at the end.

But Mom wasn’t having it.  “Look, it’s nothing wrong with these white books, but you’re Black and you need to read books with Black people on the cover.”

I was furious. My parents only allowed me to check out five books at a time, and now I was being forced to waste one of my precious picks on a book I probably already read last Black History Month! I stomped up to my room, flung my books on the bed and began devising a get-back plan. Hmph. I would find a book with a Black person on the cover alright. But, I wouldn’t read it. My mother couldn’t force my eyes to read the words on the page.

The next Thursday, after I’d gathered up the next four Sweet Valley High books, I reluctantly began my search for the elusive Black book. It took a while. But, I found one—tucked in between two other novels, with only its beige spine peeking through.

“Thank You, Dr. Martin Luther King, Jr.? Really?” The second I spoke the words out loud, my eyes darted around, afraid a lightning bolt would shoot through the sky, slice into the library ceiling and strike me down for daring to speak Dr. King’s name in that tone of voice.

But, this proved my point. The white books were in abundance and were for casual reading. The Black books were for educational purposes only.

I quickly looked around for another book with a Black face on the cover. When I didn’t see one, I tossed, Thank You, Dr. Martin Luther King, Jr. by Eleanora E. Tate on top of my other four books and headed for the check out station.

I immediately showed my mother my “Black book” the second I walked in the house. Happy now? is what I wanted to say. But I held it in.

My mother, of course, smiled and made some comment on how cute the Black girl looks on the cover. I swallowed the smirk building, because I was already thinking of how hard I was going to throw this book to the side when I got to my bedroom.

And I did. Thank You, Dr. Martin Luther King, Jr. laid in the corner of my room for about half a week. That’s how long it took me to blow through the other four books. Every week, I promised myself I would read more slowly. Every week, I broke that promise, and suffered without something new to read until Thursday came back around.

And now I was out of reading material again. I caught a quick glimpse of Thank You, Dr. Martin Luther King, Jr. still laying there in the corner, pretty much begging to be read. But I refused to allow my mother to take away my literary freedom to choose. So, I continued my boycott of the book and silently vowed to make it through my current book drought, no matter what.

I tried to satisfy my need to read by walking around the house browsing the Yellow Pages’ ads and the TV Guide. But, eventually? I gave in.

Safely in my room, with the door locked so my mother wouldn’t see, I picked up that book with the beige spine and turned to the first page. Okay, the first sentence wasn’t bad. The second one was okay, too. By the end of the first chapter, I was hooked. Turns out, Thank You, Dr. Martin Luther King, Jr. wasn’t a fictionalized retelling of MLK’s life after all. Thank You, Dr. Martin Luther King was giving identity struggles, friendship issues, betrayal, and a nice satisfying ending, just like I liked my novels.

But now, I felt betrayed. Do you mean to tell me there were books about Black girls all along, and my favorite librarians didn’t greet me at the door with this information?! (In their defense, I had never asked. I was too busy grabbing up Baby-Sitters Club #347,876.)

The following Thursday, I breezed through those library doors on a mission. I figured, if Thank You, Dr. Martin Luther King, Jr. was hiding in the children’s section all this time, there were others. Unfortunately, the others weren’t so easy to find.

For years after that, I spent most of my library time searching the children’s stacks, even crawling around on the floor to get a closer look at the bottom shelves to make sure I didn’t miss one book with a Black kid on the cover. I ended up reading every children’s book with a Black character on the cover at that library—twice. By the fifth grade, finding new books with Black characters was almost impossible. So, one day, after another frustrating search, I went up another flight of stairs to the Adult section.

I returned home with Waiting to Exhale by Terry McMillan. It wasn’t the original cover either. The movie was coming out that year, so Whitney Houston, Angela Bassett, Loretta Devine, and Lela Rochon were on the cover.

“Are you sure about this book?” My mother asked. “It’s a little…”

My mother had already successfully completed her mission to get me to read more books with Black characters. So, she let me win this battle, and allowed me to read the book. Waiting To Exhale ended up blowing me away, which ultimately led me to abandon the children’s section altogether. A Black Renaissance was emerging of Black writers like Terry MacMillan, Tina McElroy Ansa, Tananarive Due, Connie Briscoe, Eric Jerome Dickey, E. Lynn Harris, and so many others. The Black books in the children’s section may have been scarce, but to my fifth-grade eyes, the Black adult books were in abundance. And I rode that wave for decades.

But, shared skin color doesn’t always equate to shared experiences. Reading Terry MacMillan novels as a fifth grader was awesome at the time. But, it felt more like eavesdropping on a grown-up conversation. Entertaining? Yes. Held my attention? Of course. But relatable? No.

As a kid who hadn’t started exploring romantic relationships yet, my chances of relating to thirty-year old women exhausted with the dating scene, were slim.

I can’t speak for all young readers, but I bet if I had been given the opportunity to stretch my reading experiences—with more diverse books on the shelves and an actual YA section (YA didn’t exist when I was younger, which is a whole separate conversation), the children’s section would have held my attention longer.

But reading experiences can only be expanded for young children when we diversify our creators and allow these creators to write diversely. I know from experience it’s not enough to simply have more Black books on shelves. Having access to a wider range of Black characters, experiences, and authors across genres would have developed my love for Black books a lot sooner.

Today, I write widely for the next generation of readers who deserve more access to books that reflect who they are and who they will interact with as they discover the world around them. I let my interests guide my writing projects, taking on nonfiction projects on subjects that affect my community like, What Is Black Lives Matter? And Who Is Colin Kaepernick?. But also tapping into my childhood angst and growing pains to write my debut middle grade novel Be Real, Macy Weaver. Early next year, I will be revisiting how it feels to fall in and out of love in your teen years with my debut YA novel, Last Chance Dance. I write widely because kids deserve the opportunity to read widely.

For the record, thank you, Dad, for all those trips to the library. Thank you, Mom, for knowing I needed to see myself in books even before I understood the importance. And especially, thank you, Eleanora E. Tate, for helping me fall in love with Black books. 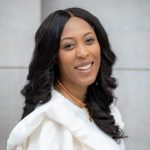 Lakita Wilson is the author of several novels and nonfiction projects for children and young adults, including What Is Black Lives Matter?, a part of the New York Times-bestselling Who HQ Now series, and Be Real, Macy Weaver. A 2017 recipient of SCBWI’s Emerging Voices Award, Lakita received her MFA in writing for children and young adults from Vermont College of Fine Arts. Lakita lives in Prince George’s County, Maryland, with her two children and shih-tzu. She can be found online at www.LakitaWilson.com and on Twitter and Instagram at @LakitaWrites.

We're delighted to reveal the cover for A GARDEN I