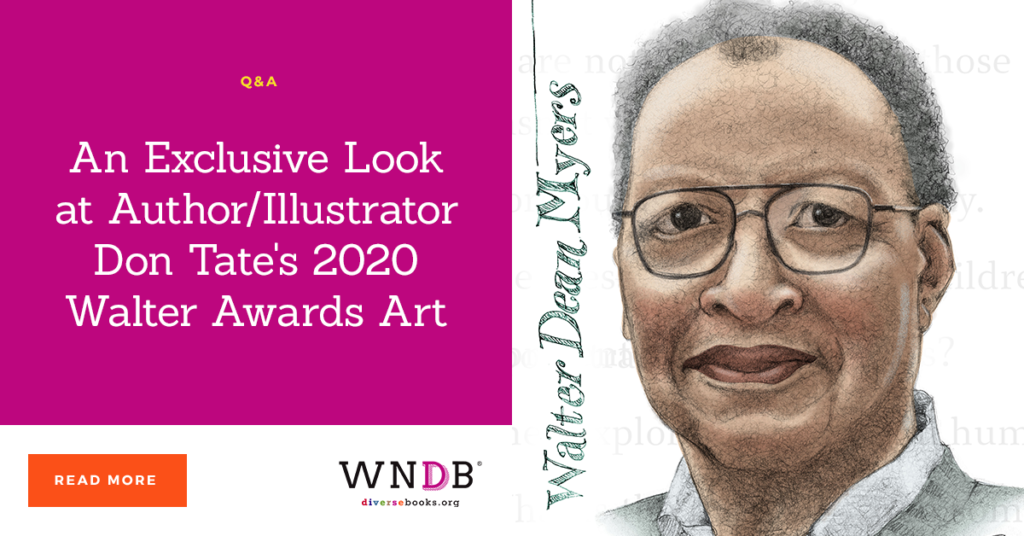 Today we’re pleased to welcome author/illustrator Don Tate to the WNDB blog to discuss his art for the 2020 for Outstanding Children’s Literature and to offer an exclusive look at the art created for the ceremony.

Tell us about the process of creating art for the 2020 Walter Awards. Did you approach the team with a concept, did they have an idea in mind and you ran with it?

Ellen Oh approached me last year, looking to hire an illustrator to create a rendition of Walter Dean Myers. It would be used on the program during the Walter Award’s fifth-anniversary ceremony. I felt both humbled and honored. And then I felt scared! Oh my gosh . . . draw a picture of the legendary and beloved Walter Dean Myers?  I was a nervous wreck.

I didn’t begin drawing right away; I stewed on it for months. I work better under pressure anyway, so I waited until a week before my deadline. I studied photos of Myers found on the internet, trying to see beyond his outer image. I wanted to capture his inner spirit. That was a challenge, considering I didn’t know him personally. I knew his work, though. Many years ago, I created a painting for a poster promoting his book Scorpions. Since then, I’ve read several of his other books. He loved African American youth. I wanted to capture that love in some way.

I plowed in, sketching the old fashioned way (for me), pencil on paper. Afterward, I ran some errands. During that time, my college kid, who was home over Christmas break, discovered the drawing in my studio. He took a photo of it along with a text, saying, “Sometimes I forget just how talented you are.” My boy does not usually give compliments freely, so I appreciated that feedback. Butterflies vanished.

Your art and illustrations are very recognizable and distinct. How would you describe your art style and is it continually evolving?

My work continually evolves. You’ll never see the words “trademark style,” in reviews of my books, hopefully. I get bored easily, so I explore—some excursions more successful than others! To keep things fun, I try different things. When I visit elementary schools, kids tell me that they always recognize a Don Tate book before seeing my name, even though styles are different. What a compliment!

Do you have any upcoming art or writing projects you can share with our readers?

Yes. I have two books coming out this year. William Still and his Freedom Stories: Father of the Underground Railroad (Peachtree Publishing) is a picture book biography that I wrote and illustrated. It will come out in November. It’s the biography of William Still, a Black abolitionist who helped hundreds of enslaved people escape farther north on the Underground Railroad system. He also kept detailed notes about the people he helped. And he recorded their personal stories—his hope was to reunite families torn apart by slavery. We know the story of Henry “Box” Brown because Brown was delivered in that infamous box directly to the Anti-Slavery Society office where Still worked. William Still assisted with the opening of that box. We know that Harriet Tubman passed through Still’s line of the Underground Railroad, because of the copious records he kept.

Also coming out in November is a story that I illustrated. Swish! The Slam-Dunking, Alley-Ooping, High-flying Harlem Globetrotters (Little, Brown) written by Suzanne Slade. It’s the story of the original Harlem Globetrotters, a basketball team that barnstormed their way across the midwest in the late 1920s and 30s.

Currently, I’m writing and illustrating a picture book biography of football-playing artist Ernie Barnes. Actually, I had to rewrite it after another book on Barnes published last year before mine. Happens sometimes. Back to the drawing board—er, writing pad, I told my story from a very different vantage point, a story somewhat similar to my own personal journey as an artist. It will publish with Abrams next year.

What mediums do you typically work with when you’re creating art? Which mediums did you use for the art for the Walters?

Before going digital, I worked in whatever media felt right for a project—oil, acrylic, colored pencil. Today, I use computer programs like Clip Studio Pro and Photoshop. I keep telling myself that I’ll return to natural media. Then I consider my tight deadlines, and I jump back on my computer. For the image of Walter, I sketched on paper, and then I scanned into Photoshop. I made adjustments there and added color.

Are there any moods or feelings that you want readers to generally feel when they look at your artwork? Any that are particular to specific books you’ve worked on, or to the Walters art?

That depends upon the book. The story dictates the direction to which I’ll steer the visuals. My styles vary, but I do have a more whimsical take on the world—even with more serious subject matter. With my book Poet: The Remarkable Story of George Moses Horton, (Peachtree Publishing), I used a more lighthearted visual to tell a very painful history. I was honest in my storytelling, while more soft with the look. I want to educate my readers, not terrify them. Whatever style I use, dignity is of the utmost importance when telling stories of any people’s history.

You have illustrated books in collaboration with authors, but you’ve also been the author-illustrator of books. How do these experiences differ? What do you like best about working with an author to bring their story to life through art?

I love writing. I wish I’d discovered that about myself when I was much younger; I didn’t start writing until later in life. Often, I tell kids that writing and illustrating are the same but use different tools. When I draw, I use a pencil, brush, or stylus to create an image on paper. When I write, I use nouns, verbs, and adjectives to create an image on paper. As an author and illustrator, I get to combine all those storytelling tools.

The best part about working with an author is meeting them in person later and promoting our book at conferences and festivals. One of my fondest memories was when author Tonya Bolden and I won an award for our book No Small Potatoes: Junius G. Groves and His Kingdom in Kansas, (Knopf, 2018),  given by the State Library of Kansas. After the award ceremony, we shared dinner together at a swank restaurant, talking trade, family, books—everything! Fun times.

While illustrating the Globetrotter book, Suzanne Slade shared some of her visual research with me—a 1920s yearbook from the high school where many future Globetrotters attended. That was a valuable resource that I may not have discovered myself. I appreciate that kind of collaboration.

Are there any books (picture through YA/adult for teens) that you’d like to recommend?

Thank you and WNDB for all that you do. Ellen Oh is my hero. 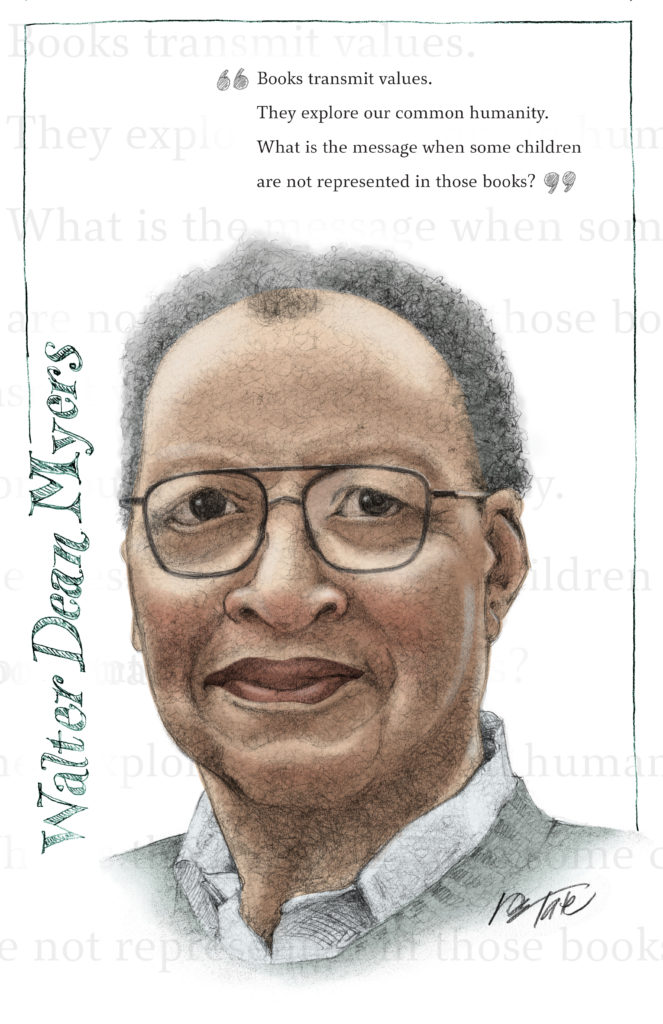 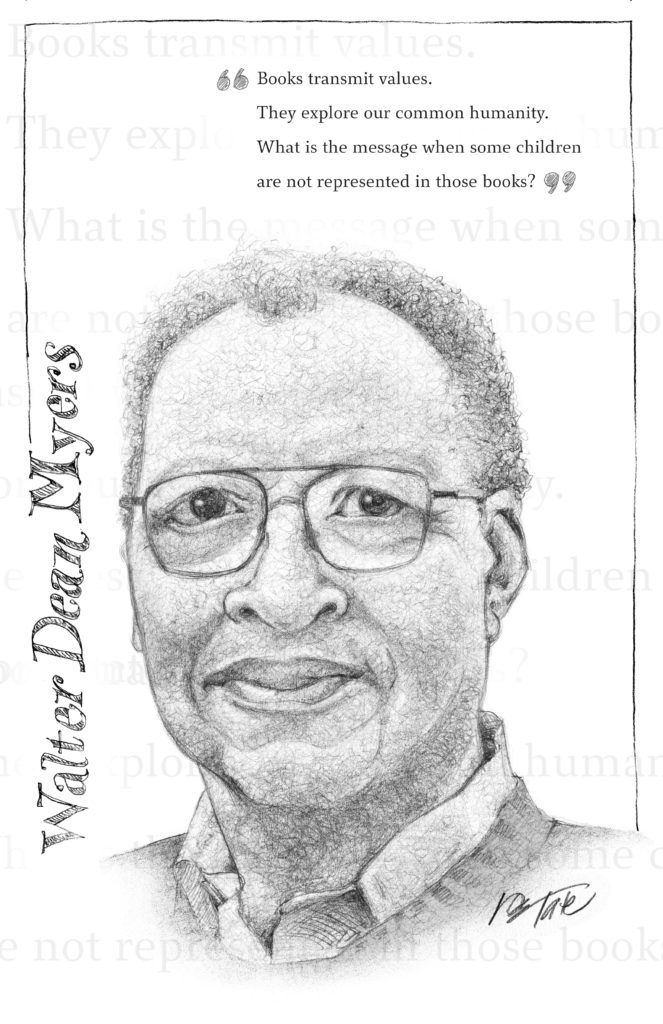 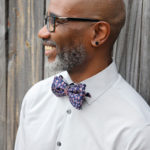 Don Tate is an award-winning illustrator of numerous critically acclaimed books for children, including Whoosh! Lonnie Johnson’s Super-Soaking Stream of Inventions (Charlesbridge, 2016); The Amazing Age of John Roy Lynch (Eerdmans, 2015); The Cart That Carried Martin, (Charlesbridge); Hope’s Gift, (Penguin), many others. He is also the author of Poet: The Remarkable Story of George Moses Horton (Peachtree,2015); It Jes’ Happened: When Bill Traylor Started To Draw (Lee & Low Books, 2102), both books are Ezra Jack Keats award winners, and most recently, Strong As Sandow: How Eugen Sandow Became The Strongest Man on Earth (Charlesbridge, 2017). Don is a founding host of the The Brown Bookshelf—a blog dedicated to books for African American young readers; and a one-time member of the #WeNeedDiverseBooks campaign, created to address the lack of diverse, non-majority narratives in children’s literature. He lives in Austin, Texas, with his family.