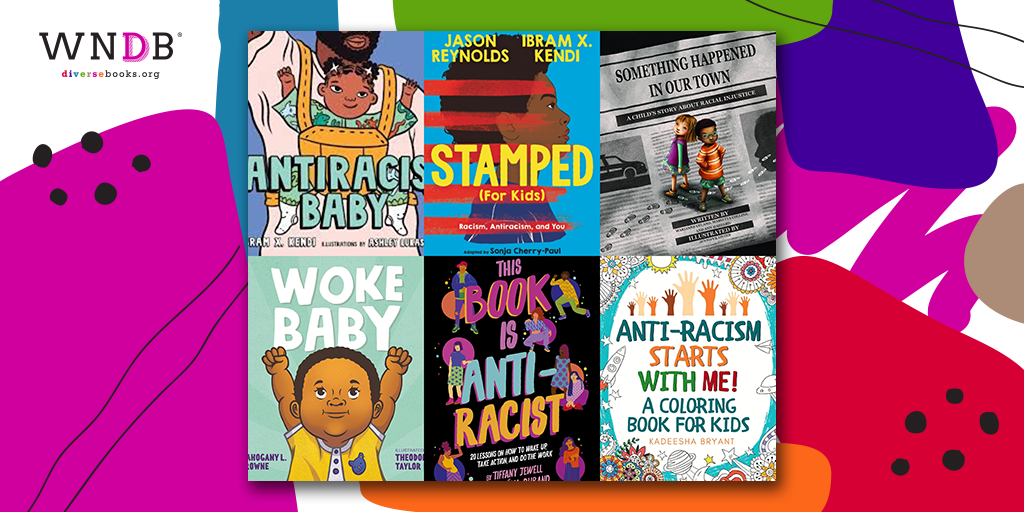 In the year 2020, Google searches for the term antiracist peaked from May to June. The second most popular term was reading, followed by the title of the book Antiracist Baby. The rise of antiracism in the face of increased police brutality and racist state surveillance has caused families and individuals to rethink the ways in which they might be perpetuating racism. This has also opened up an entirely new genre of antiracist and inclusive nonfiction materials for kids. These books aim to squash racism as early as reading age allows, but is that actually possible? While racism is taught and learned, is it even possible to condense the invasive ways that racism impacts modern global cultures into a friendly children’s book? First, it’s important to define antiracism and its intentions.

As a bookseller, I’ve seen the online orders for antiracist titles left on the shelves after hasty online orders to prove allyship, which suggests often performative support for the Black Lives Matter movement. The antiracist reading list should, by definition, oppose racist ideas, but the term is vague. In a Vulture article, Lauren Michele Jackson wrote, “It is no pedagogue. It is unclear whether each book supplies a portion of the holistic racial puzzle or are intended as revelatory islands in and of themselves. Aside from the contemporary teaching texts, genre appears indiscriminately… Perhaps better to say that in the world of the anti-racist reading list genre disappears, replaced by the vacuity of self-reference, the anti-racist book, a gooey mass.” This gooey mass is now being commodified for younger audiences, and educators and librarians of color have a lot to say about how these books are really impacting the kids of today. Is it useful to have specifically labeled antiracist children’s titles or are diverse books enough for kids to pick up and change their worldview?

Cynthia James, a high school English teacher who mainly works with students of color, explained that while explicitly antiracist books haven’t made a huge impact in the classroom, other books that focus on a Black, Indigenous, and people of color-centered perspective have. She said, “These stories help teens broaden their understanding, and stories like Concrete Rose by Angie Thomas can help students grow empathy and understand the lived experiences of people who may not look like that. I love Angie Thomas’s books because they do more to push back against stereotypes and challenge assumptions than a dry article or antiracist workshop, at least for teenagers. Antiracist texts, whether fiction or nonfiction, need to have narratives that students can follow and find themselves emotionally involved with. Building empathy and broadening perspectives is critical to dismantling racist power structures.” But kids of color aren’t necessarily the ones dismantling racist structures—that’s something white people have to do. Antiracist kids’ books like Ibram X. Kendi’s Stamped from the Beginning: The Definitive History of Racist Ideas in America, which highlights significant activist figures in order to shift the conversation on whitewashed American history, aren’t really for children of color; they are catered toward white families and the education of their children. 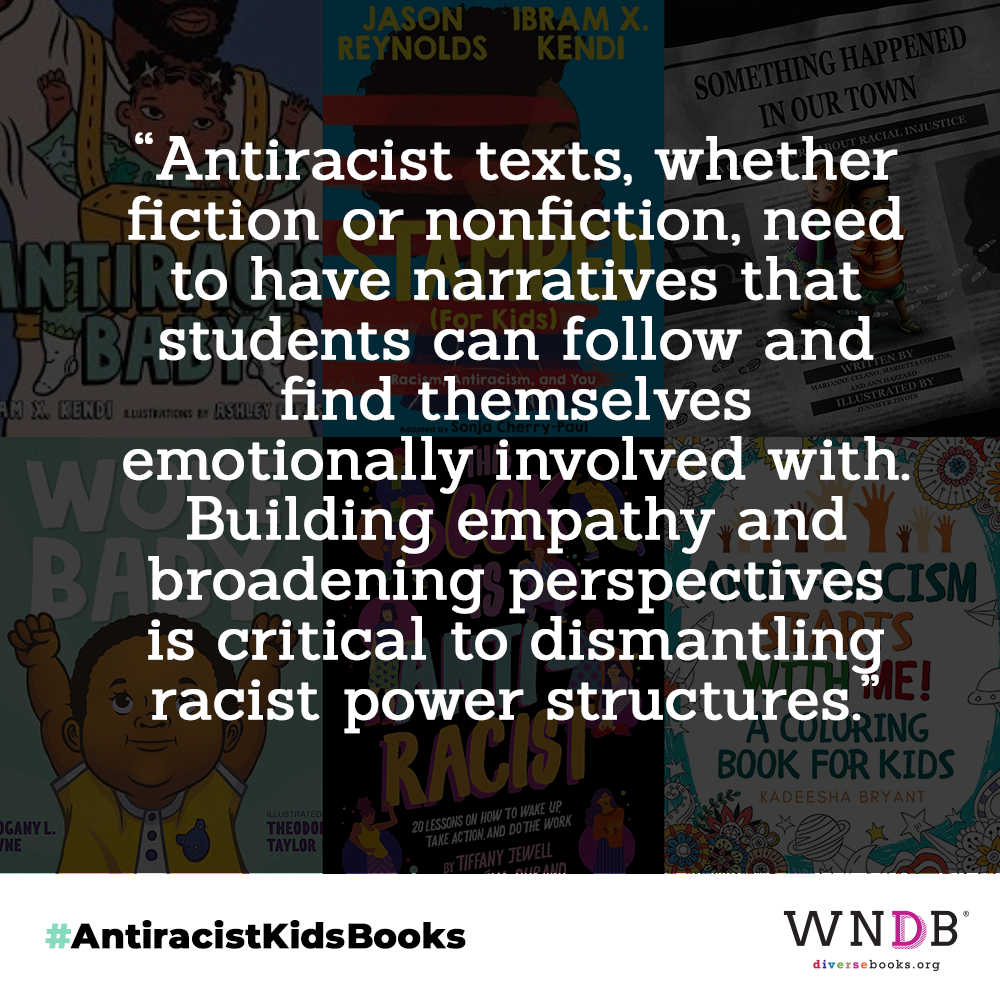 Antiracist education doesn’t inherently build the aforementioned empathy that Cynthia James spoke of. She says that “one of the best ways to dismantle white supremacy and racist power structures is to familiarize students with other cultures. In a perfect world, we would have a lot more opportunities to work with community groups, go on field trips, and encounter other cultures face-to-face. In the absence of these opportunities, literature is the next best thing.”

Books cannot fully inform children on how to combat racism unless they also read books that relay stories and messages from people of color. In 2016, Ada Twist, Scientist was the fastest-selling picture book of the year. It follows an inquisitive young girl of color and her experiments and encourages other kids like her to explore their interests and encourage young girls of color to get into the STEM field. As a part of a larger series that features underrepresented kids in careers and interests not typically seen, it provides a way for kids to see what it looks like when whiteness does not dominate a conversation. Kids and adolescents may not have the immediate language to express antiracism because it is such a dense and cloudy topic, but what they can do easily is dive into stories that decenter stereotypical white perspectives and highlight those from people of color.

Are kids and teens are actually picking up antiracist titles on their own or do educators lead them to these choices? In James’s classroom, she described a “book tasting” where students can select books and write reviews to explain how and why they connected to the book. She said, “I really don’t need to do much to push these titles beyond familiarizing students with the general summary. They quickly become intrigued by narratives of real teenagers who are overcoming obstacles as they grow up, even if these obstacles involve conflicts and traditions from other cultures that they do not share.”

Explicitly antiracist titles such as Stamped and This Book Is Antiracist are marketed as distinct learning materials, which may deter students and children from being able to connect to the movement of antiracism. Kids of color want to see themselves and their communities represented and respected in books and in their daily lives. For white students and children, the goal should not necessarily be to explicate racism to them in layman’s terms but to build a sense of empathy that can later extend into actively antiracist behaviors and give them the autonomy to take charge of how antiracism can be applied in their lives.

As Lauren Michele Jackson said, antiracist books cannot be used as standalone or “revelatory islands;” they are supplements and should not coddle white racism. This still applies to titles for younger audiences. Antiracism cannot be succinctly boiled down for kids unless they have the actual experiences of people of color through fiction, essays, and memoirs shared alongside this education.

Nia Tucker is a Long-Island American and film and culture journalist with a focus on all things regarding race, gender, and sexuality. You can find them here on Twitter.

Previous Post: « What Connects Us as Humans: The Power of Our Stories
Next Post: Q&A With Axie Oh, XOXO »
We've got new #BooksSaveLives swag in the WNDB Bon