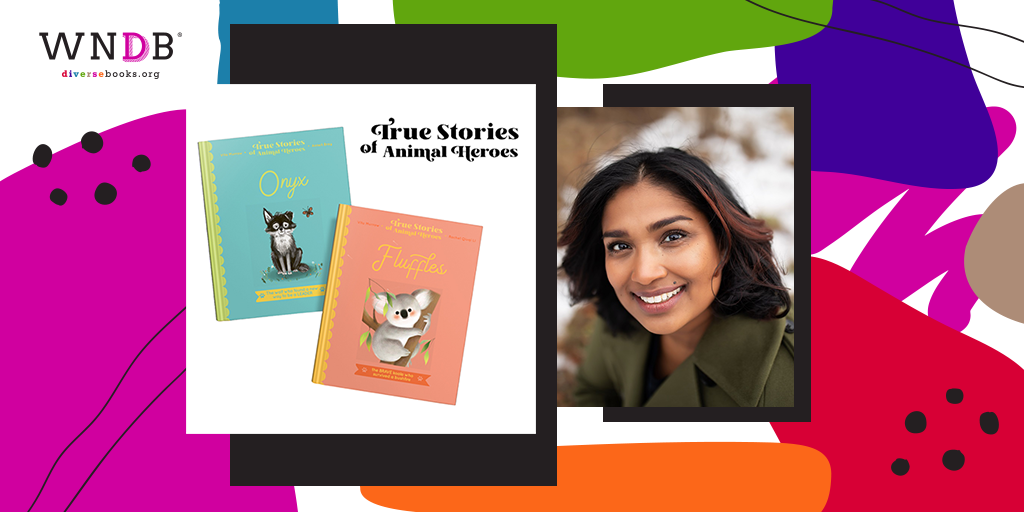 After years of writing about people. Reimaging the best potential in humanity, through some of our most iconic storytelling traditions, it was time for a change. In my book, Power to the Princess I’d trod deep fairy tales and picked apart, persistent racial stereotypes and ugly sexism. In High Five to the Hero, I’d unmasked stories of repression and lifted up the intimate relationships at the heart of some of our most beloved heroes. Having sat at length with human tales, I was ready to reorient my lens to a new focus.

I knew there were other subjects that held the capacity to be responsive, reflective, and inclusive. It wasn’t that people and their stories ceased to be interesting. It was that I had a hunch, thought-provoking and inspirational stories could be found outside the human tradition. 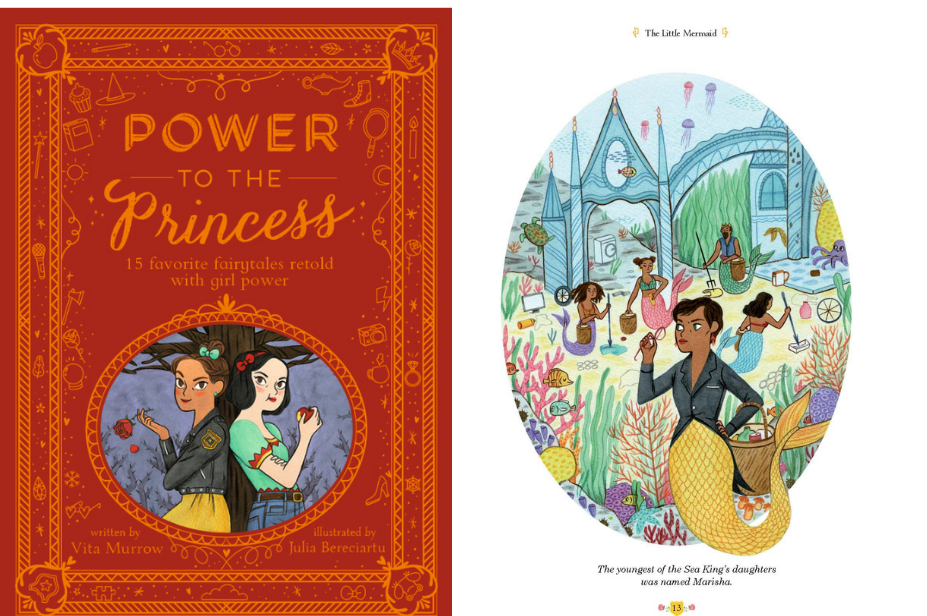 It was around the same time that the Cooperative Children’s Book Center published its analysis of representation in US children’s literature. WNDB, and key allies who inform, and challenge industry norms, spread the findings far and wide. It was impossible to overlook the obvious inequities illustrated by whom is featured in stories.

Looking at the data, one thing stood out to me. It was how the sum total of main characters that represent the global majority, was still less than that of characters who were animals! It got me thinking, what is it about animals that so many gravitate towards?

Is it the lure of cute anthropomorphism? It is the diminutive and non-verbal (to humans anyway) blank canvas they offer? And what expressions of animals aren’t present?

I realized the new space I wanted to occupy as a writer, was one that offered readers animals as parallel to our own human experience. I wanted to tell stories about animals who had the power and space to be themselves. Animals could be new points of reference for us, rather than a stand-in.

My quest took me deep into podcasts, alongside the writing of naturalists and scientists. Into newsfeeds and viral videos. I was swept away by stories starring animals who by either following, or subverting their nature, did something magical. I found a universe ripe for exploration. 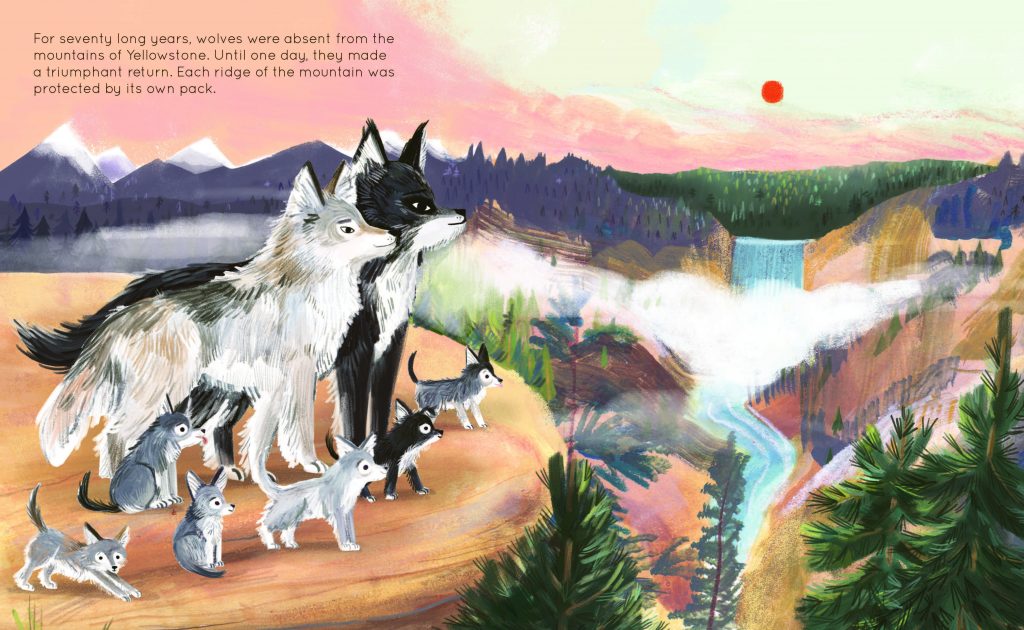 However, when I set down to work, it was the spring of 2020. A wrenching health crisis was spreading across the globe. It would freeze our activity, suspend our plans, and fix us in place with friction, disappointment, and grief. All of this was of course layered upon an ongoing pandemic, of deep human suffering, caused by racism. But it was in this time that I entered the animal world.

Suddenly my new domain of animals held new significance. The human world around me was struggling. Yet the animal world was experiencing a departure from human intervention. And before me, the stories I was charting took on an unexpected shape. The shape of joy.

While to some, joy might sound trivial. Or incompatible with the moment. But for myself, and many who walk through the world as POC, we know joy is a must. To see joy, feel joy, and create joy, sustains and heals the bruises and scars we incur. And so, I began this new series, with animals at the center, but it was joy that I wished to surround them with. And to make large for my young readers. 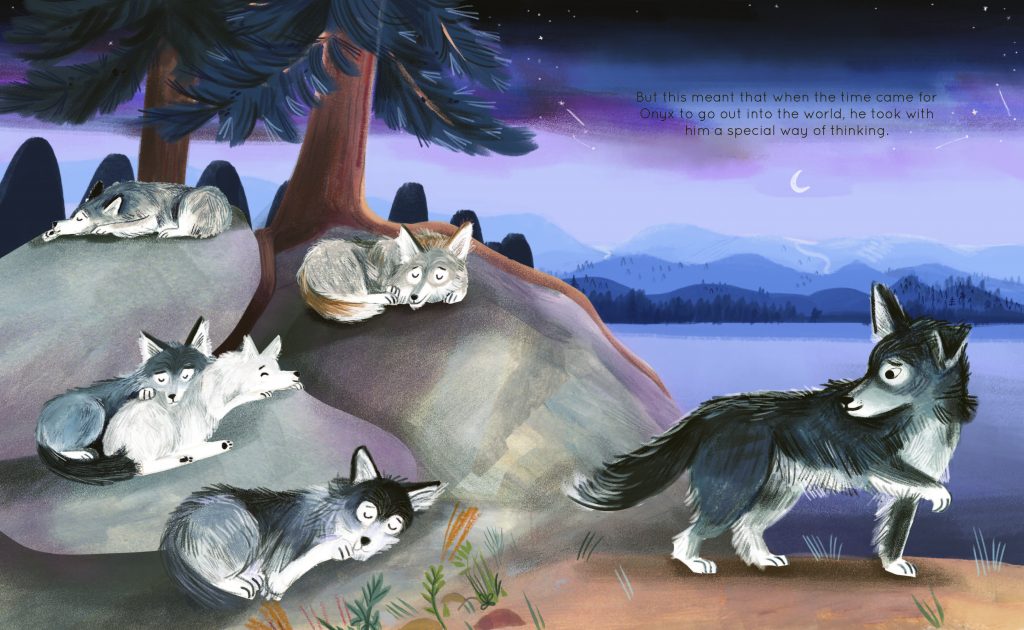 As the pandemic unfolded, I saw the lives of animals and the lives of humans overlay in new ways. An abundance of people welcomed pets into their lives. Animals already in human families forged new habits, vigilance, and care for their human partners. Natural spaces rewilded. And wild animals embraced a quieter world with more freedoms.

The quick adaptations observed in real-life animals around us wound their way into my stories of animal heroes in a way I hadn’t expected. With feelings. In a time wrought with trauma, I discovered that stories of animals may call to us because they stir important human feelings. 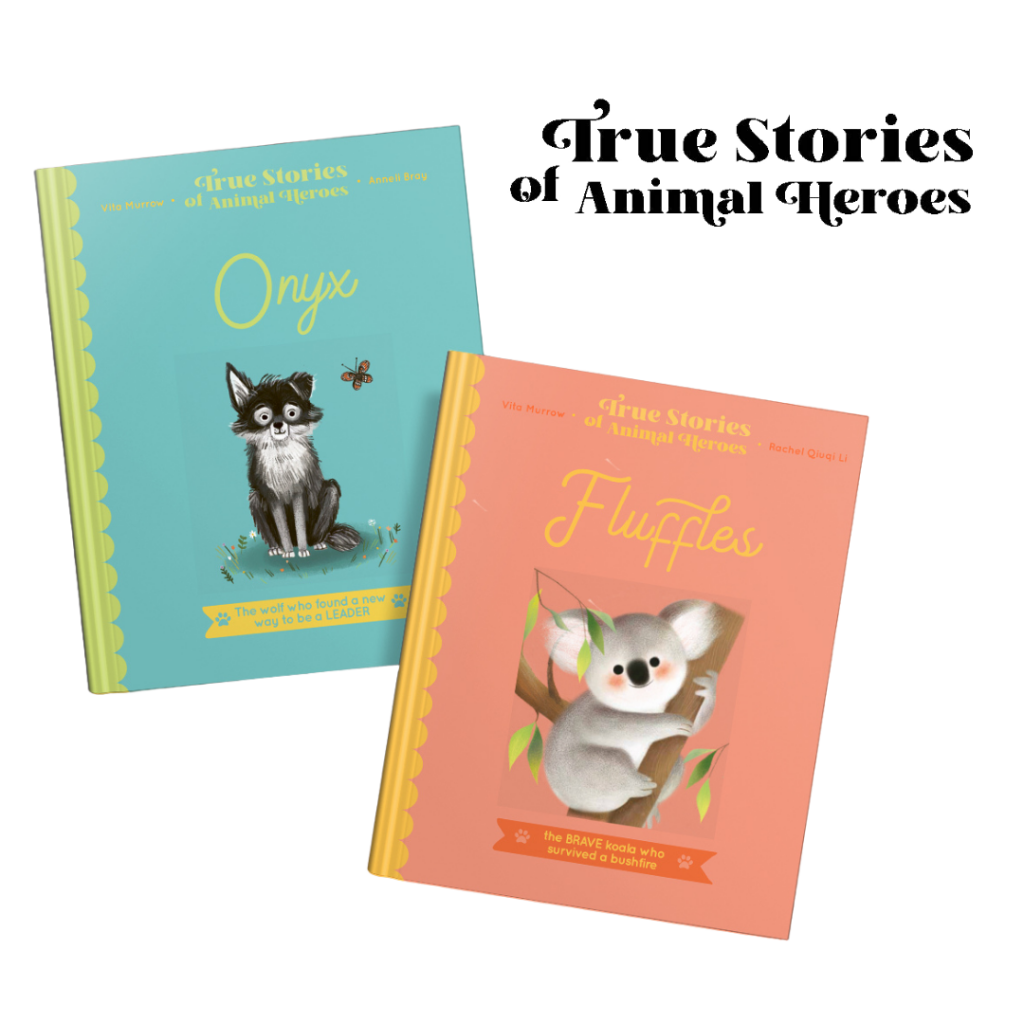 Feeling of care and healing. As found in the story of Fluffles the koala.  Who after a bush fire, found powerful resilience in a humble hug. Or perhaps most relevant in this complex time, animals who show us their capacity for change. As observed in the story of Onyx the wolf. A runt who grew up to become a mentor and model for future leaders.

In quietly observing and honoring real-life animals, it is my greatest hope that my work brings readers together around feelings. May this work give all who gather for a story, new models, and representations of affirmation, bravery, and joy. 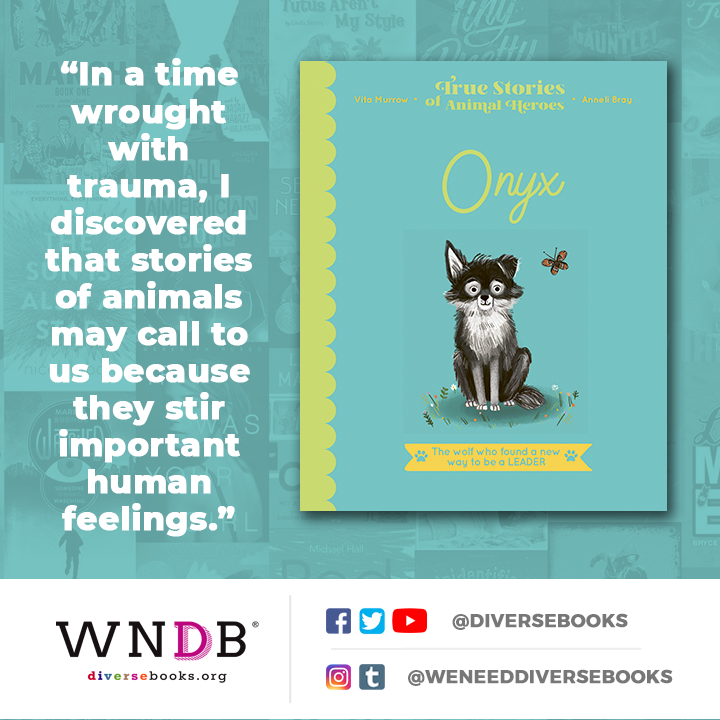 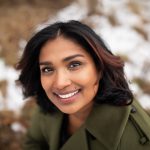 Vita Murrow is a veteran non-profit administrator, educator, writer and artist. Her experience spans heading regional literacy programs, teaching as a literacy specialist. and educational film and television. She holds an M.S Ed from the Bank Street College of Education in New York City, and a BFA from Cornish College of the Arts in Seattle. Vita publishes with The Quarto Group, Magic Cat in the UK, and Candlewick Press in the US. Her recent feminist fairy tale retellings “High Five to the Hero” & “Power to the Princess” were celebrated as “Brilliant.” by Kirkus Reviews.  Together with her husband, artist Ethan Murrow, Vita is the co-creator of Two Murrows Productions and the short film “Dust,” (official selection in the 46th annual New York Film Festival). Their debut children’s book, “The Whale”, was nominated for a CILIP Greenway Medal. Their recent title “Zero Local has been nominated for a 2021 ALSC Notable Children’s Book award. Look for Vita’s new series, “True Stories of Animal Heroes” (The Quarto Group) featuring Fluffles the Koala and Onyx the Wolf arriving March 2021.

Previous Post: « Cover Reveal for Rest Easy by Warona Jolomba
Next Post: Q&A With Steven Salvatore, Can’t Take That Away »
Save the date for the #WalterAwards23! You can now