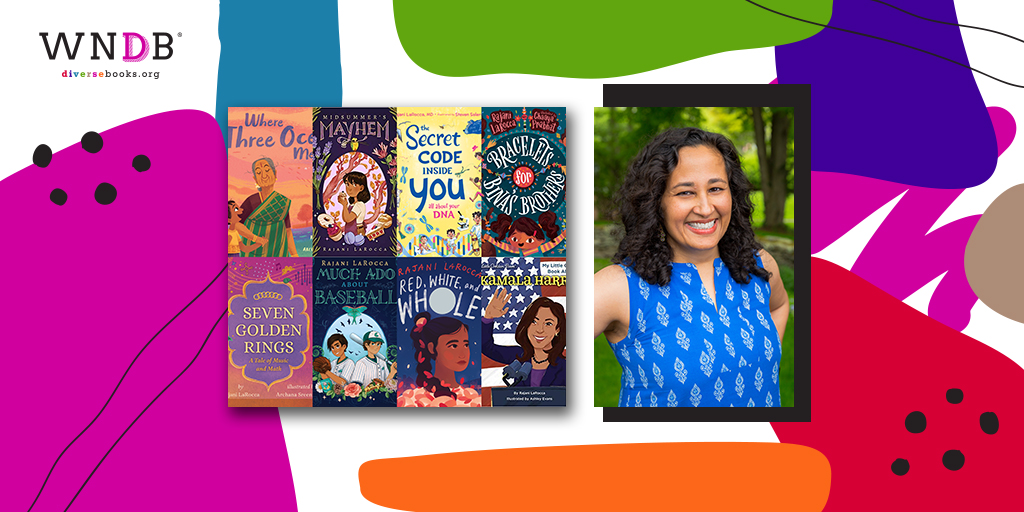 In her dual career as both a doctor and a writer, children’s book author Rajani LaRocca said she is fascinated by people.

“That is what is at the heart of both of the things I do,” LaRocca told WNDB. “As a physician, [I] approach things from an objective viewpoint, listen to people, meet people where they are, but you recognize that they have the autonomy to make their own decisions. As a writer, it is fun to write characters who make decisions and some are great and some are not so great. I find people really interesting, I find the idea of making characters that are all different from each other, that might reveal what’s true about themselves, is just a really fun thing to do.”

LaRocca also shared that part of why she writes is simply that she has an abundance of ideas, stories which she wishes to share with the world.

“Once you start writing, it’s kind of hard to stop,” she said. “Ideas show up all over the place.”

LaRocca was first drawn to medicine as a child and thanks to a book, she recalled. The book, since out of print, was called Ouch and, she said, was an illustrated book that discusses minor injuries and the way in which they heal.

“It was so cool,” she said. “I still remember this diagram of what happens when you get a cut and the blood coming out of the little tiny blood vessel, it is so wild. I loved it, I must have read it when I was like seven, and I was like ‘oh this is what I want to do!’”

In discussing her multiple careers, LaRocca described herself as someone who has always been a fan of multiple things—in fact, knowing that she wanted to go to medical school to be a doctor, she actually studied government in college. Meanwhile, she was reading and writing as well, up until medical school.

She indicated that approximately 10 years ago she once again began taking writing seriously again and became involved in taking classes and getting to know others in the writing community.

“I never thought I would meet people that I had as much in common with as I did with doctors and medical professionals—it’s the perfect blend of nerd and loving people,” she said. “Then I met writers, and writers are my people, too! I love the creativity, there is just an infinite number of stories to tell, and writers are just so generous, especially the kidlit community.”

And LaRocca believes both sides of her careers are complementary, indicating that much of practicing medicine involves being able to communicate and empathize with others; while much of writing is about structure and form.

It should come as no surprise that LaRocca is a big proponent of including STEM (Science, Technology, Engineering, and Math) in stories. In addition, she is part of a group of authors writing about STEAM topics (Science, Technology, Engineering, Arts, and Math). She believes in the inclusion of these fields in stories because, she said, we as a society need people working in those fields and that reading about them in stories can help people make informed decisions.

“Part of why I want to be a writer is that I really feel like the world is full of wonder,” she said. “Math and science hold all kinds of wonder. As a kid who fell in love with the idea that all these things are happening in your body and you don’t even have to think about them—I’m still amazed! I’m still amazed at the incredible intricate machinery of all the stuff that goes on in biological beings but especially us humans. It just happens and we’re alive, somehow. I can’t help but want to spread my fascination and my joy at all of these things to kids.”

LaRocca indicates on her website that she was born in Bangalore, India but was raised in Louisville, Kentucky after her family immigrated to the States when she was a baby.

On a phone call we had in early March, she said that growing up as an Indian American child, she never saw someone quite like herself in the stories she devoured. 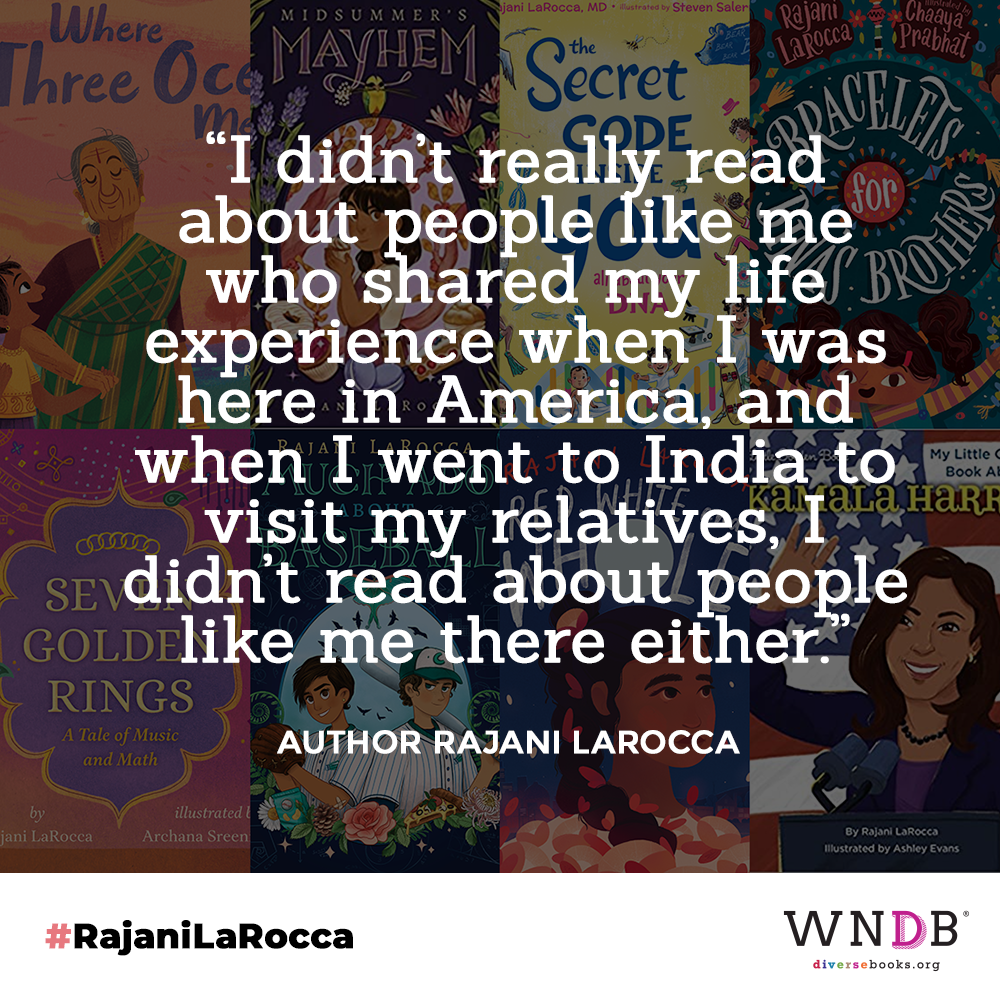 LaRocca has no fewer than six children’s books publishing this year, ranging from picture books to middle-grade novels. Several are already available for purchase, including Red, White, and Whole, which released in early February 2021.

This presents a big departure from the first two years of her career as a published author, during which she published one book a year.

“It’s a lot of books,” she said of the publishing schedule for 2021. “The first one just came out last month, and it feels really wild, but I feel like I’m just riding a wave right now. The hardest part for me is balancing all the promotion, the book events, and conferences, with writing. Finding the brain space to write in the middle of that can be challenging. I had to literally schedule time on my calendar to write.”

Despite the intensity of her publishing schedule for the year, LaRocca expressed excitement as well, particularly at the idea of putting so many different pieces of herself out into the world at once.

“I just feel really lucky and honored to have this many parts of my personality on display at once,” she said.

In addition to her career as a doctor, the six books she’s publishing this year, and the ones she’s continuing to write, LaRocca is also a We Need Diverse Books Mentor for 2021.

“I love mentoring writers, and this is a particularly wonderful program because I get to be with the writer for a year,” LaRocca said. “It’s a chance to have a long period of time of checking in with someone—specifically for middle grade, getting it to where she wants it to be, but also just being able to talk about the ins and outs of the industry. I’m glad to be able to help somebody else as someone who’s been in the industry a little bit longer. I’m just glad to be able to pay it back.”

LaRocca closed out our interview by expressing that these are exciting times to be writing, especially books for children. She acknowledged that the state of the publishing industry in regards to diversity and representation is not quite where it should be, but expressed hopefulness in those regards. And she added, “I really do feel that making connections with other writers is one of the best things I’ve ever done. Even when things are going not-so-great, you always have people who are ready to help.”

Previous Post: « Q&A With Ray Stoeve, Between Perfect and Real
Next Post: Cover Reveal for Caprice by Coe Booth »
Save the date for the #WalterAwards23! You can now