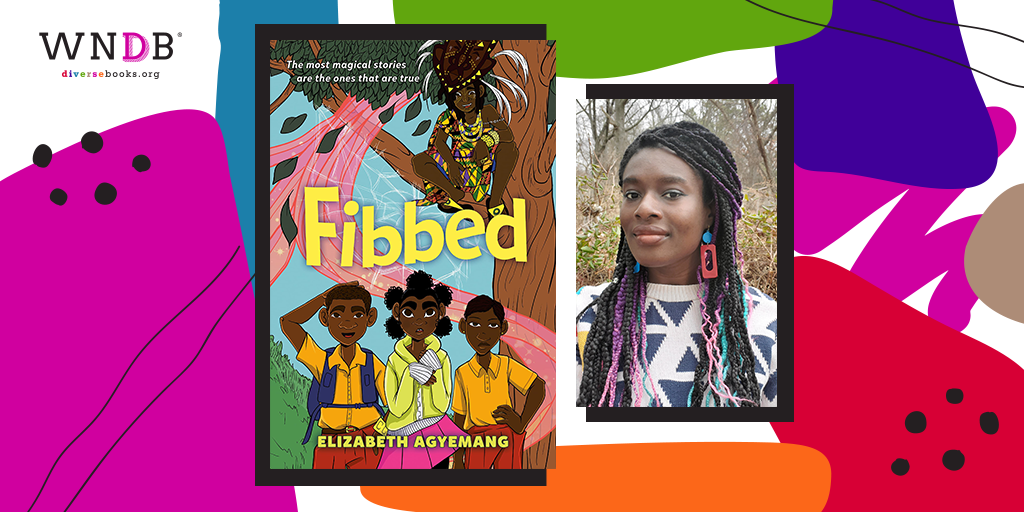 The first time I ever read about a Black character in literature was when I was introduced to Jim from Huckleberry Finn. Likewise, it was only when my English class was assigned to read Heart of Darkness that I experienced a story set in Africa. As a young reader, I quickly learned to be wary of books that promised depictions of Black people because, as much as I loved seeing a Black character like Jim on the page, it was clear to me at a young age that even beloved abolitionists like Mark Twain had biases of their own. And as for stories set in Africa itself, the harmful depictions devised by Joseph Conrad steered me away from the setting entirely.

It was heartbreaking coming to these conclusions about literature at such a young age and at that time, I mistakenly believed that the dynamic stories of people who looked like me were somehow out of my reach in the pages of literature. Despite this, I never lost my love for stories because as a first generation Ghanaian immigrant, storytelling has always been deeply embedded in my sense of self.

In Ghanaian culture, oral storytelling plays a pivotal role in passing on lessons, sharing history, and of course, entertaining. I grew up in a family of storytellers. On my father’s side, my grandfather was a teacher in Ghana who lived under the tyranny of British colonialist rule and institutions and on my mother’s side, my grandfather was a mechanic who chronicled his adventures attending Ghana’s independence celebration from the British Empire in 1957 and journaled about being at the heart of the creation of the High Life music scene in Ghana, a genre that would later inspire the bands I obsessively listened to in America like Vampire Weekend. Yet it wasn’t until the summer after my senior year in high school, more than a decade after our family arrived in America, that I was able to reconnect with and meet the real people behind the stories I’d grown up hearing.

For so long, those tales and people felt almost mythical, magical and impossible. Yet here I was, driving past Independence Arch and dancing Azonto in Lake Bosumtwi, a natural lake created by a meteor that is said to be the gate between our living word and the spirit realm. During my trip, I also had the incredible experience of sitting by a campfire where elders and the young gathered to listen to stories of trickster spiders who used their wits to outsmart others.

This trip was one of many inspirations for my graphic novel Fibbed. In the story, my main character Nana spends her middle school summer vacation in Ghana. There, she reconnects with her family and learns from her grandmother stories about that very same trickster spider from Ghanaian lore named “Ananse” who is said to have brought all the stories to the world. As Nana learns about Ghanaian traditions and works to find her voice, the book takes an even more speculative twist when Nana learns that the Ananse himself is in fact real and he needs her help to save the magic in the village from a group of greedy contractors trying to steal and sell the magic for profit. 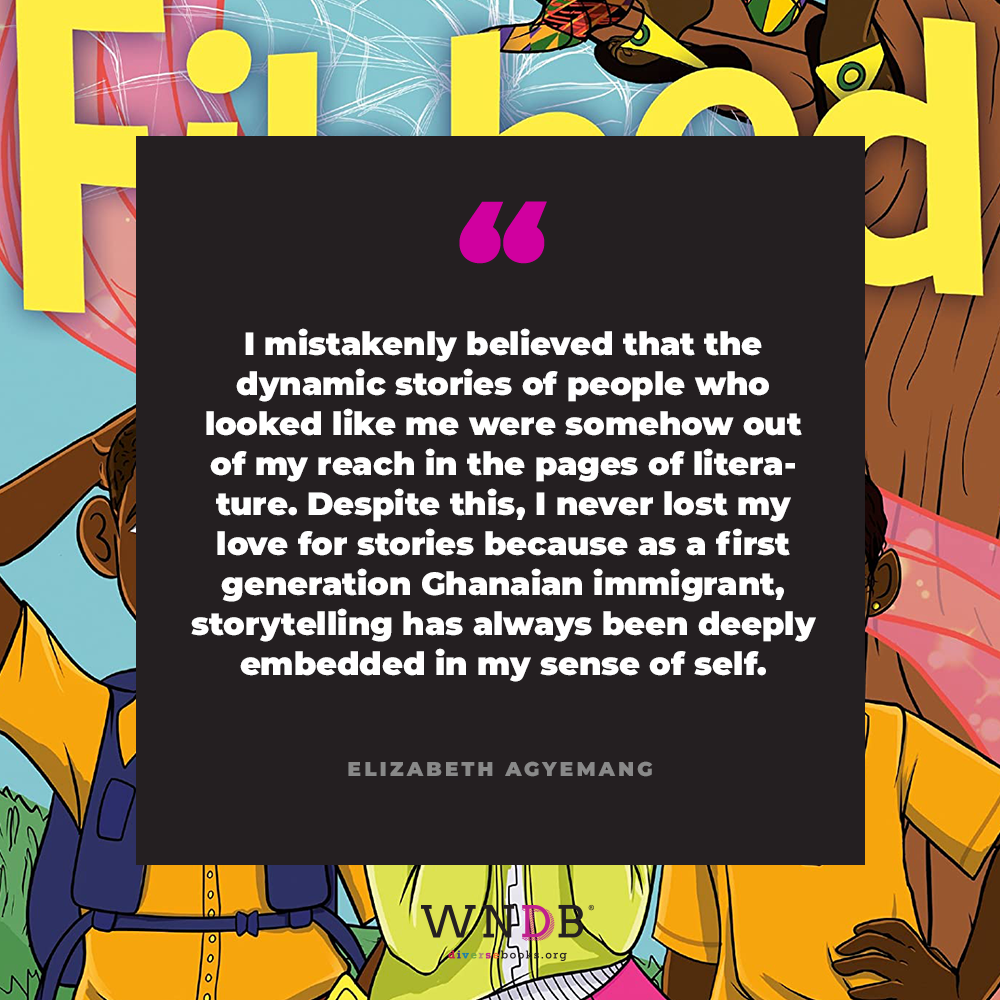 In writing and illustrating Fibbed, I wanted to celebrate the stories, culture, and peoples that inspired me growing up. What’s more, I wanted to create a book that would have resonated with my younger self who made the library almost like a second home for herself. After school, my siblings and I would spend hours curled up on in corner surrounded by bookshelves as we fell into magical words through Ella Enchanted and Howl’s Moving Castle and discovered art and visual storytelling through manga and anime like Sailor Moon, Inuyasha, and Fruits Basket. What’s more, I continued to search for representation of Black characters that existed outside of stereotypes and caricatures and who were instead filled with life and portrayed with nuance and respect.

For a long time, I only felt seen in TV shows like Sister, Sister, movies like Coming to America, and documentaries about Black History. These stories meant the world to me, and as I spent my college years figuring out if I wanted to be an artist or a content editor or a film critic, I was reminded of the power of storytelling and personal narrative after reading Brown Girl Dreaming. Jacqueline Woodson’s intimate recollections of her childhood inspired me to revisit my own family history and lore. In writing and illustrating Fibbed, I interviewed family members and immersed myself in African mythology. The experience of creating this book helped me grow deeper roots and brought me a stronger awareness of who I am, both on the page and through the reconnections I made with my heritage.

It took my family almost a decade to return to the home of our ancestors. With my book Fibbed, I hope young readers feel welcomed to go on a journey of self-discovery because that sense of belonging in literature is something that we all deserve.

Fibbed by Elizabeth Agyemang is out now wherever books are sold. 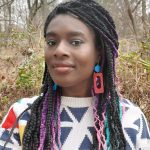 Elizabeth Agyemang is the author and illustrator of Fibbed, a middle grade graphic novel published by Razorbill, and Heart-Shaped Lies, a young adult novel coming from Delacorte Press in 2023. When she isn’t gushing over books or comics as an editor, she spends her time dissecting classic movies and playing Final Fantasy. Find Elizabeth online at elizabethagyemang.com and on Twitter, Instagram, and Tiktok @onceaddai.

Previous Post: « NoNieqa Ramos on Latine/x Heritage and the Power of Us
Next Post: Cover Reveal for Calling the Moon, edited by Aida Salazar & Yamile Saied Méndez »
We've got new #BooksSaveLives swag in the WNDB Bon