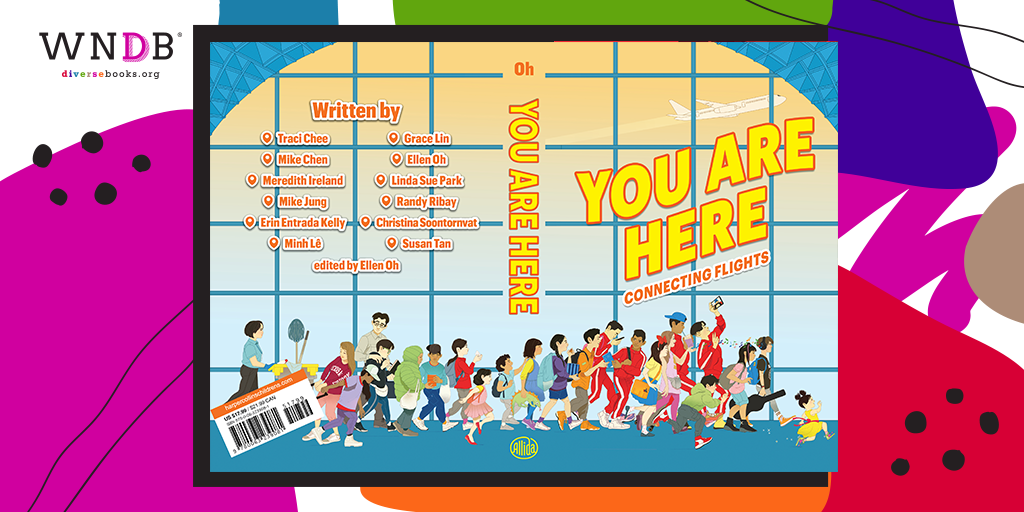 Today we’re thrilled to reveal the cover and full jacket art for You Are Here: Connecting Flights edited by Ellen Oh! The cover was illustrated by Marcos Chin. The anthology will be released on March 7, 2023 by Allida/HarperCollins. Preorder it here.

An incident at a TSA security check point sows chaos and rumors, creating a chain of events that impacts twelve young Asian Americans in a crowded and restless airport. As their disrupted journeys crisscross and collide, they encounter fellow travelers–some helpful, some hostile–as they discover the challenges of friendship, the power of courage, the importance of the right word at the right time, and the unexpected significance of a blue Stratocaster electric guitar.

Twelve powerhouse Asian American authors explore themes of identity and belonging in the entwined experiences of young people whose family roots may extend to East and Southeast Asia, but who are themselves distinctly American. 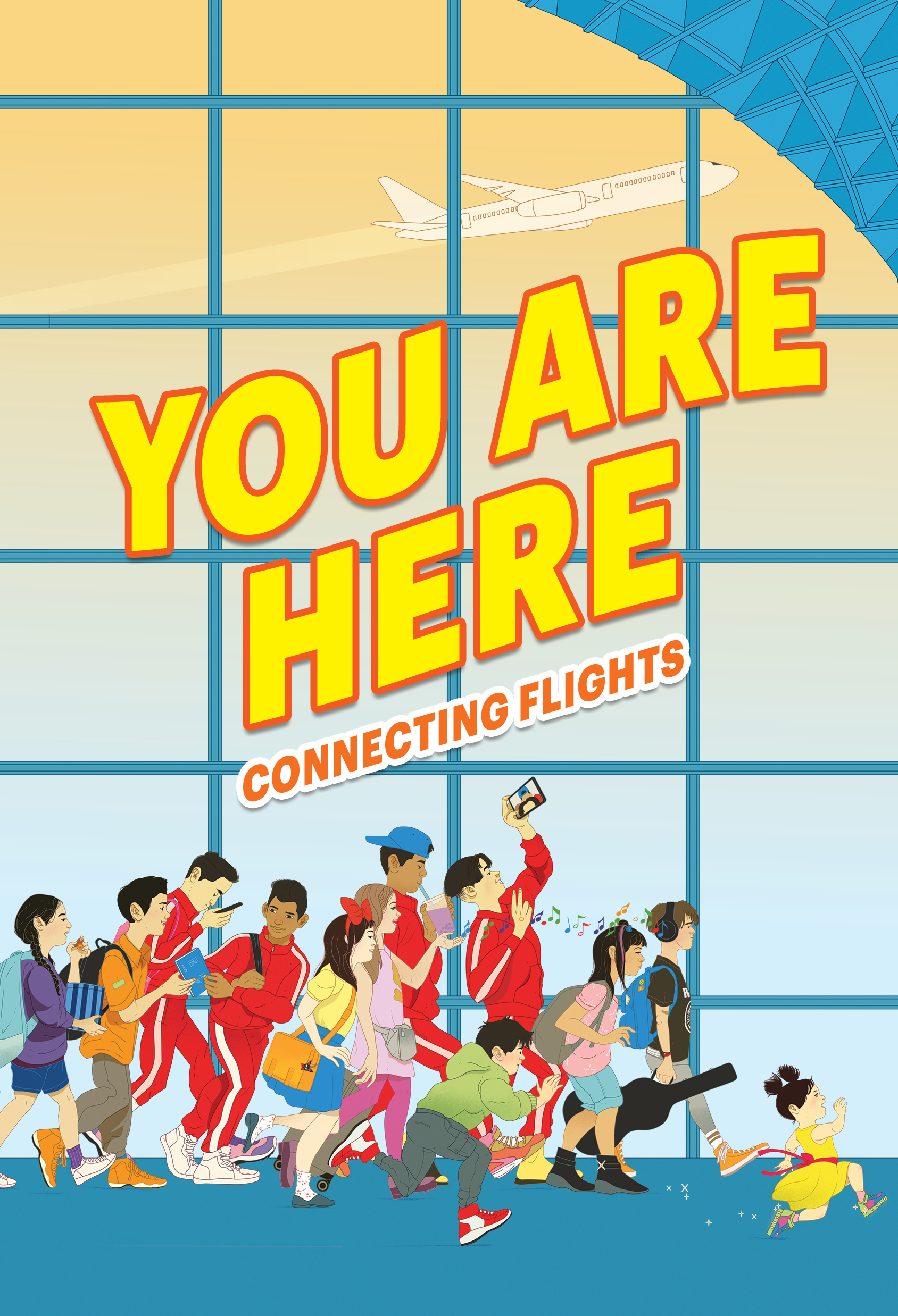 A word from the editor:

The idea for You Are Here is completely related to WNDB’s first ever anthology that I edited called Flying Lessons & Other Stories. I was so proud of Flying Lessons because it received five starred reviews and overwhelming praise. But then an Asian American blogger reached out to me and told me how disappointed they were by the Asian representation in Flying Lessons. I was surprised. We had included an amazing story about a girl pirate by Grace Lin. But the blogger pointed out that the story was set in China whereas all the other stories in Flying Lessons were about American kids. Our only East Asian story was one that othered Asian Americans. It was a shocking revelation for both Grace and myself to realize what we had unconsciously done. And it became a priority for us to address it. To create a book of inter-related stories that recognized the uniqueness of the East Asian American experience. Since then, a lot has happened. The Covid-19 pandemic and the very specific anti-Asian sentiment that came along with it. There was a huge increase in reports of violent hate crimes against Asian Americans that were directly related to misinformation about the disease. While racism against all Asians increased, language like “China Virus,” “Kung Flu,” and “Go back to China” targeted East and South East Asians very specifically. The need for this book became all the more urgent. I’ve always believed that diverse children’s books with authentic representation are both our weapons and our defenses against prejudice because children’s books teach empathy. This book is a starting point to begin the discussion of who we are and why we are just as important to the fabric of American society. That we belong here and have the right to call ourselves Americans also.

I’d also like to shout out our artist Marcos Chin who created this incredible artwork for our cover! He brought all our characters to life across the front and back cover and all the authors are so grateful for his vision. — Ellen Oh 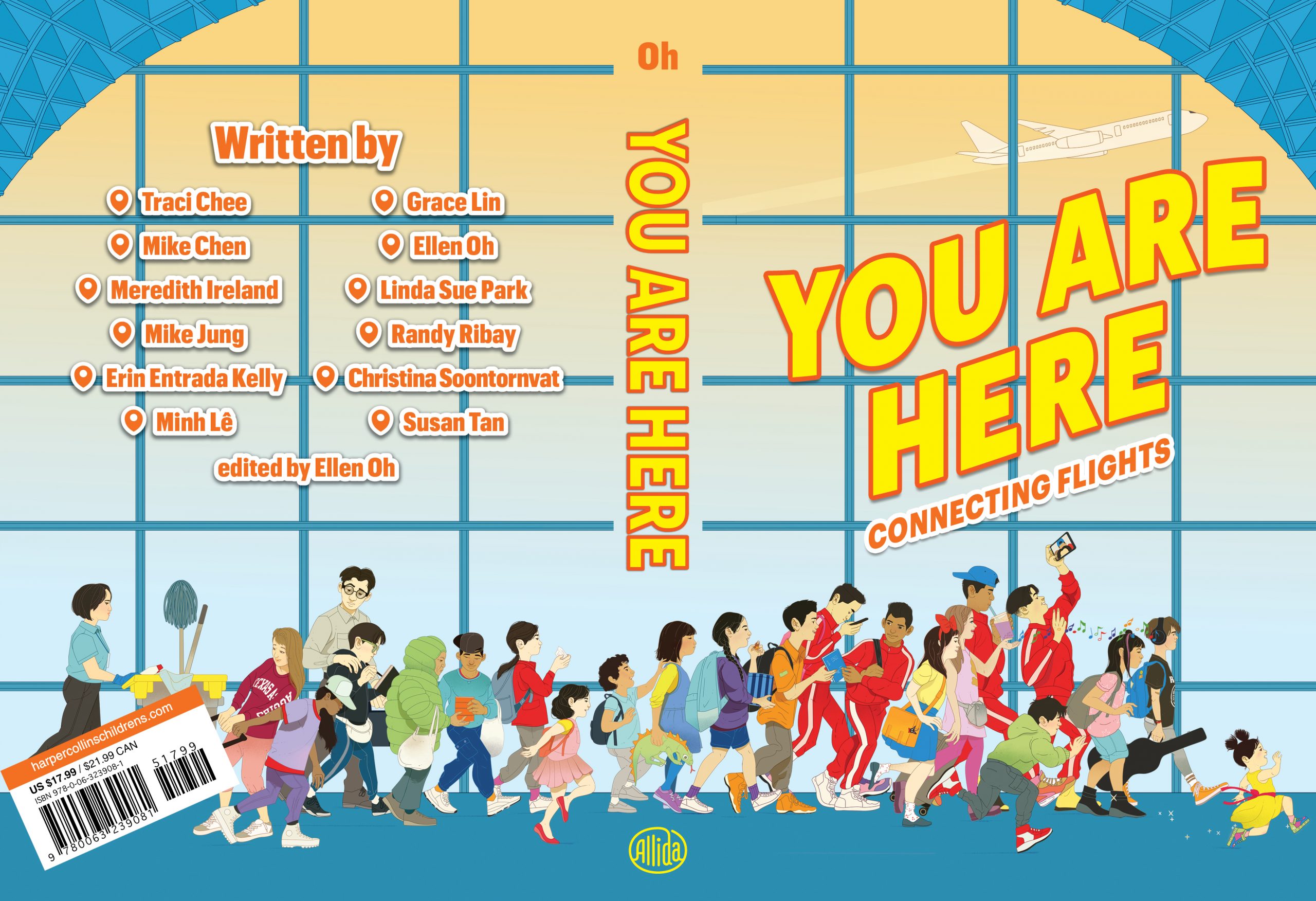 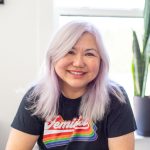 Ellen Oh is a former adjunct college instructor and lawyer with an insatiable curiosity for ancient Asian history. She is an award winning author of the middle grade novels Finding Junie Kim, The Dragon Egg Princess, and The Spirit Hunters trilogy, and the YA fantasy trilogy The Prophecy Series. She is also the editor of the middle grade anthology Flying Lessons and Other Stories, and the YA anthology A Thousand Beginnings and Endings. Ellen is a founding member of We Need Diverse Books (WNDB), a non-profit organization dedicated to increasing diversity in children’s literature. Originally from New York City, Ellen lives in Rockville, Maryland, with her husband, three children, two dogs, and has yet to satisfy her quest for a decent bagel.

Previous Post: « Cover Reveal for Secret of the Moon Conch by David Bowles and Guadalupe García McCall
Next Post: Cover Reveal for Our World: India by Meera Sriram, illustrated by Neethi »
Today is International #HolocaustRemembranceDay an