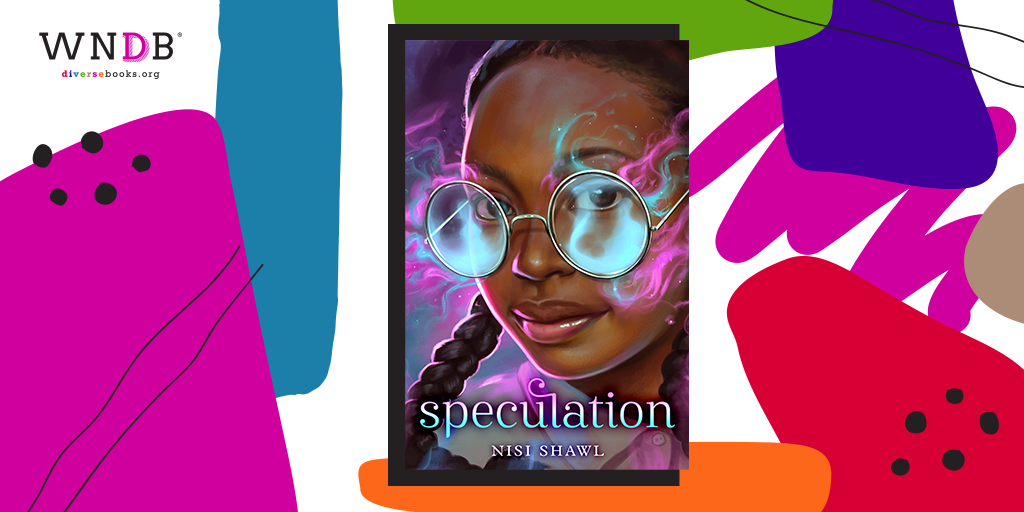 Today we’re thrilled to reveal the cover for middle grade fantasy debut Speculation by Nisi Shawl! The cover was illustrated by Hillary Wilson. The book was designed by Neil Swaab and will be released on February 14, 2023 by Tu Books at Lee & Low. Preorder it here, here, here, or here. Read on for an exclusive Q&A with Nisi about the book!

After Winna’s little sister breaks her glasses, her grandfather gives her an old-timey pair of spectacles that belonged to her great-aunt Estelle. The specs are silver and perfectly circular, with tiny stars on the bridge and earpieces that curl all the way around her ears.

Best of all, they’re magic.

Because when Winna makes a wish beginning with the words “What if”—that is, when she speculates—the spectacles grant it. Winna wishes she could see ghosts… and soon she meets not only the real Estelle, but Estelle’s mother, Winona. Nearly a century before, Winona escaped from slavery and ran north with her baby, Key. But Key was stolen from her under mysterious circumstances, and now Estelle and Winona have a mission for Winna: Find Key.

He’s still alive. He doesn’t know the whole truth. And unless Winna can solve the mystery and bring him home, a powerful curse called the Burden will smother out their family’s lives—and Winna’s mom could be its next victim.

This beautifully written historical fantasy by an award-winning science fiction author offers new twists and turns in every chapter and will leave you looking at your own family’s roots with new eyes. 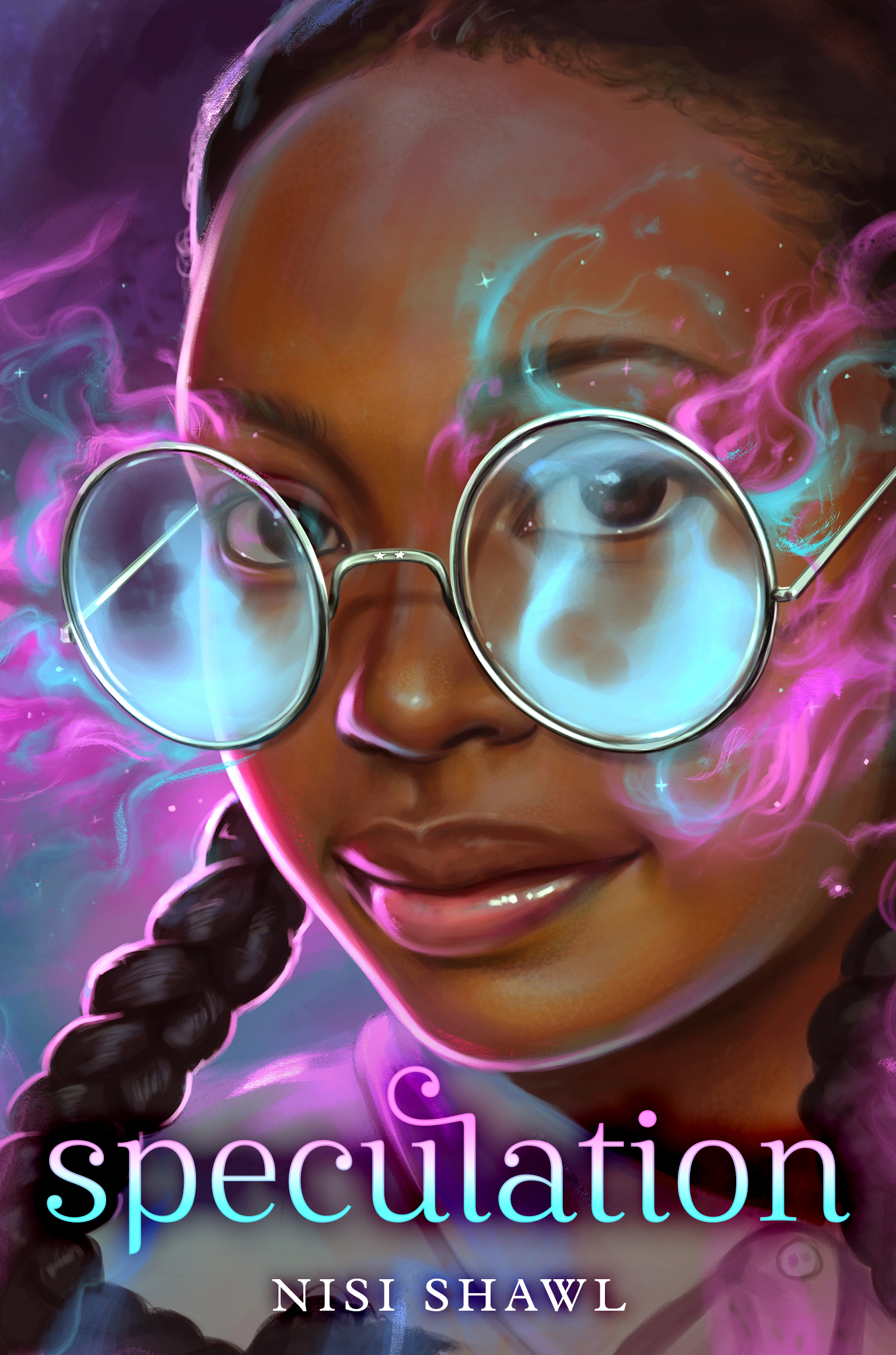 Where did the idea for this book come from?

There are nearly always multiple ideas from multiple sources when we’re talking about any story.  In the case of Speculation, I was mostly inspired by family legends and my darling Aunt Ruth’s genealogical work. Aunt Ruth put together a golden notebook of family trees going back seven generations!  And it was illustrated, with photos from the 1800s of our ancestral hunters and guitarists and salesmen and farmers and all the other important people who lived and worked so wonderfully long ago. Legends on both my father’s and mother’s sides of my family support what I wrote: my paternal grandfather actually did pass for white for many years, and my great-grandfather Carl and great-grandmother Emaline eloped to Canada for a teenaged wedding. Add in the fact that their small village was a stop on the Underground Railroad and you can see how Speculation‘s plot was practically inevitable.

My studies and practice of Ifa, a West African spiritual tradition, also contributed. Ifa taught me about self-hexing, and the Twins, and what it means to redeem a curse.

What do you hope readers take away from it?

I hope my readers emerge from Speculation with reverence and joy and the understanding that people in the past were just as smart and passionate, kind and cruel and indifferent, as the people of today.  And also, I hope they get to do something I describe best in the book’s afterword, I think, to “be glad that you’ve redeemed my dear old dreams and found a beautiful new home for your own.”

What kind of research went into writing this historical fantasy?

Because so much of Speculation‘s landscape and characters are familiar to me from my childhood, the research was fairly light. I had to check to make sure which Ray Charles tunes would be likely to play on the radio, and confirm travel times and so forth. Mostly, though, I needed to remember things.

If anything, what did you include in this book purely for yourself?

The word “glamp.” That word is what language geeks call an “idiolect,” meaning that it’s a word peculiar to the speech of one person, and one person only. It’s the word I used to use for moonlike artificial lights—globes of light, or round, white lamps. I was about Tupelo’s age when I came up with it. I’d like it to stick in readers’ heads the way it has stuck in mine. 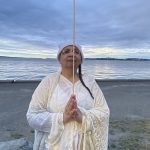 Nisi Shawl is a multiple-award-winning writer and editor. Their novel Everfair was  nominated for the Nebula Award for Best Novel, and the short story collection Filter House won the James Tiptree Jr. Award. In 1997, they cofounded the Carl Brandon Society to help give people of color greater visibility in the science fiction and fantasy  worlds, and their “Writing the Other” workshops and accompanying book (co-created with Cynthia Ward) have taught thousands of writers new ways of thinking about  diversity and representation within fiction.

Nisi received the Kate Wilhelm Solstice Award for Lifetime Achievement from the Science Fiction and Fantasy Writers of America in 2019. Speculation is their first novel for young readers. Born near Kalamazoo, Michigan, Nisi now lives near Seattle. Find them online at nisishawl.com and on Twitter at @nisishawl.

Previous Post: « Cover Reveal for Calling the Moon, edited by Aida Salazar & Yamile Saied Méndez
Next Post: Cover Reveal for The Probability of Everything by Sarah Everett »
We've got new #BooksSaveLives swag in the WNDB Bon