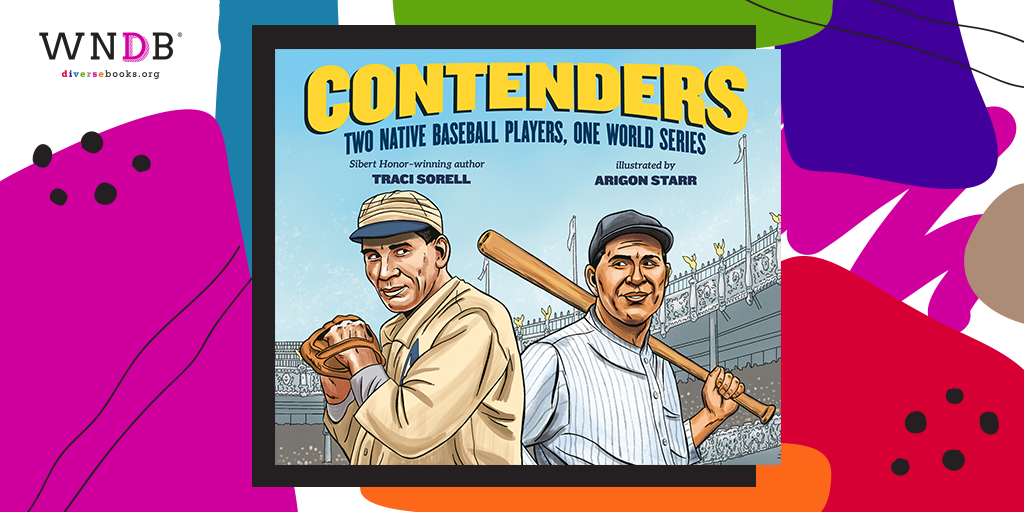 Today we’re thrilled to reveal the cover for Contenders: Two Native Baseball Players, One World Series by Traci Sorell, illustrated by Arigon Starr! The book was edited by Namrata Tripathi, designed under the art direction of Jasmin Rubero, and will be released on April 11, 2023 by Kokila. Preorder it here.

The true story of John Meyers and Charles Bender, who in 1911 became the first two Native American pro baseball players to face off in a World Series, teaches important lessons about resilience, doing what you love in the face of injustice, and the fight for Native American representation in sports.Charles Bender grew up on the White Earth Reservation in Northwestern Minnesota. John Meyers was raised on the Cahuilla reservation in Southern California. Despite their mutual respect for each other’s talents and their shared dedication to Native representation in baseball, the media was determined to pit them against each other.However, they never gave up on their dreams of being pro baseball players and didn’t let the supposed rivalry created by the media or the racism they faced within the stadium stop them. They continued to break barriers and went on to play a combined total of nine championships.

With text by Traci Sorell and illustrations by Arigon Starr that brings these two players to life, the stories of John Meyers and Charles Bender remain an inspiration for achieving and maintaining one’s dreams in the face of prejudice. 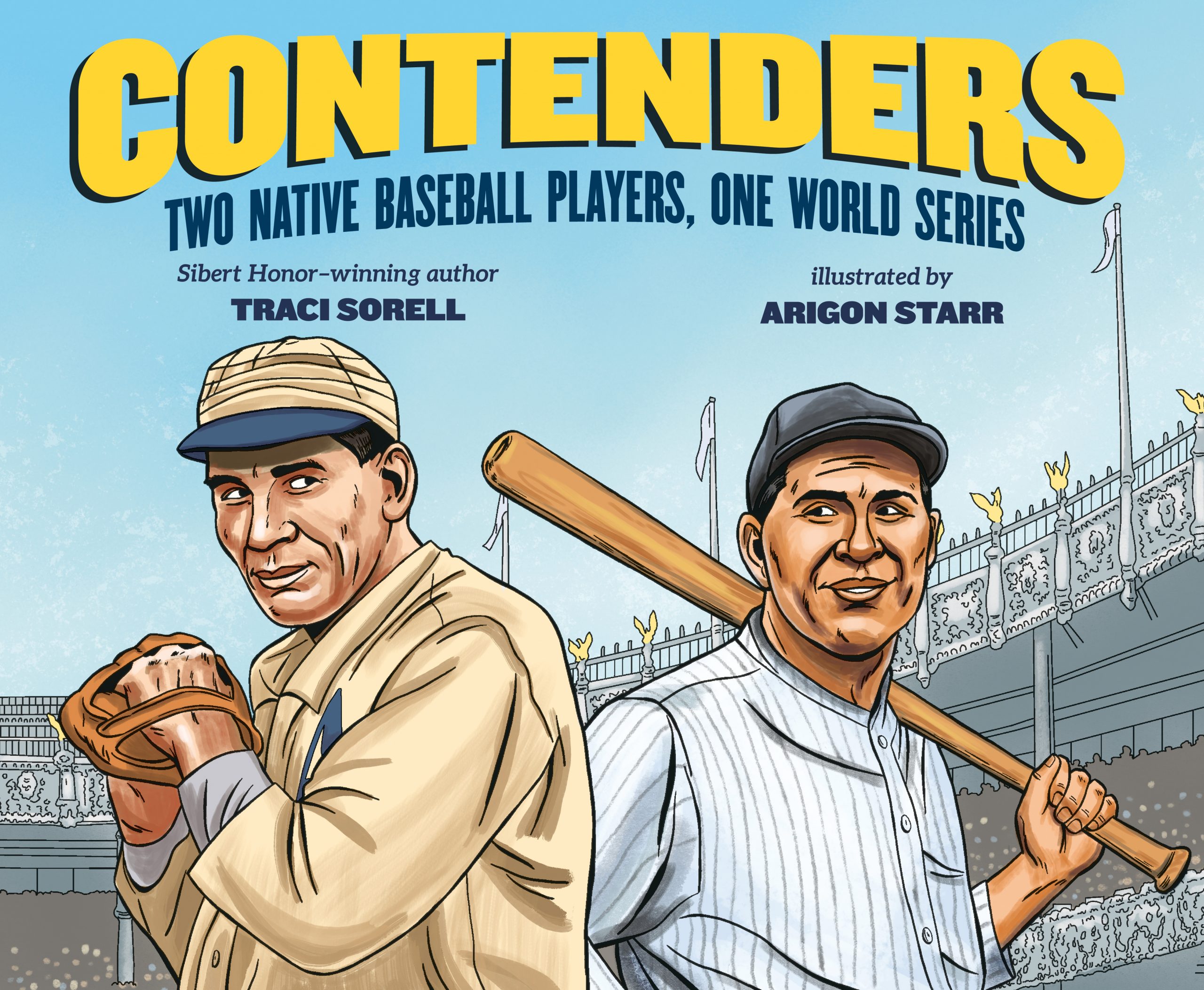 Traci Sorell writes nonfiction and fiction works for young people. Her award-winning nonfiction titles include We Are Grateful: Otsaliheliga (Sibert Honor, Orbis Pictus Honor, Boston Globe-Horn Book Honor), We Are Still Here! Native American Truths Everyone Should Know (Sibert Honor) and Classified: The Secret Career of Mary Golda Ross, Cherokee Aerospace Engineer (Orbis Pictus Honor). These three books, along with her debut fiction story poem  At The Mountain’s Base, have each won an American Indian Youth Literature Award – Picture Book Honor. Traci is an enrolled citizen of the Cherokee Nation and lives on her tribe’s reservation in northeastern Oklahoma with her family.

Arigon Starr is an actor, musician, playwright, and comic book writer. She grew up on the road as part of a military family. An enrolled member of the Kickapoo Tribe of Oklahoma, she also has deep roots in the Muscogee (Creek) Nation thanks to her Mom. She has released four music CDs, written many stage plays, created the comic superhero Super Indian and uses her storytelling talents to highlight contemporary Native America.

Previous Post: « Yu and Me Books: A Dream Realized and a Community Uplifted
Next Post: Q&A With Adriana Hernández Bergstrom, Abuelita and I Make Flan »
Today on the WNDB blog: a debut picture book about