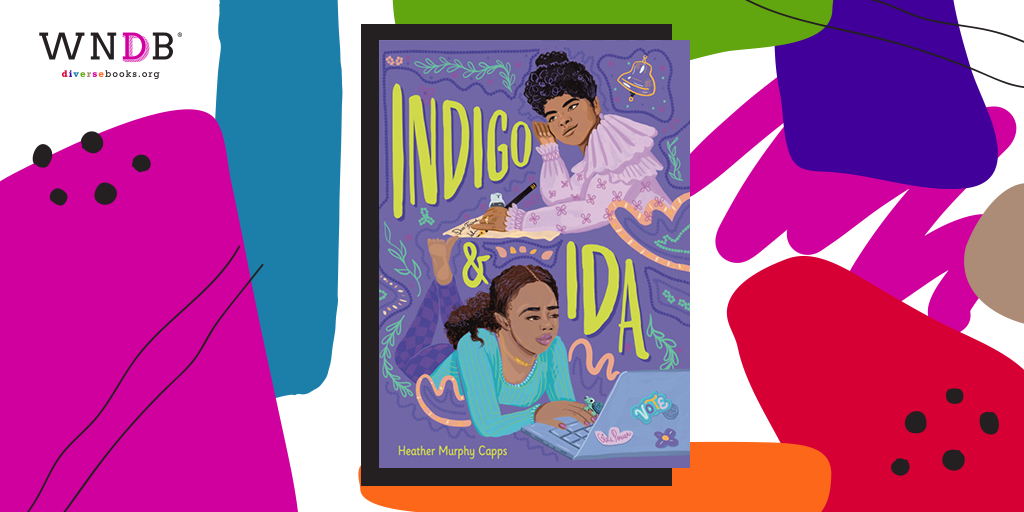 Today we’re thrilled to reveal the cover for Indigo and Ida by Heather Murphy Capps! The cover was illustrated by Leeya Rose Jackson. The book will be released on April 4, 2023 by Lerner/Carolrhoda Books. Preorder it here, here, or here. Keep scrolling for a Q&A with the author about the book!

The friends who’ve recently drifted away from her want to hang out again. Then Indigo notices that the school’s disciplinary policies seem to be enforced especially harshly with students of color, like her. She wants to keep investigating, but her friends insist she’s imagining things.

Meanwhile, Indigo stumbles upon a book by Black journalist and activist Ida B. Wells—with private letters written by Ida tucked inside. As she reads about Ida‘s lifelong battle against racism, Indigo realizes she must choose between keeping quiet and fighting for justice. 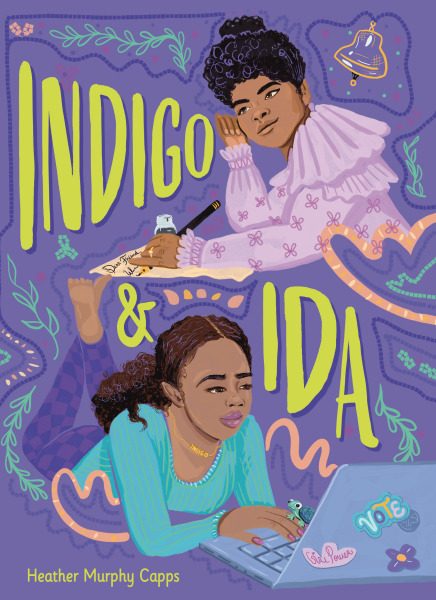 What are you most excited to share with readers in your debut novel? What did you include in the story purely for yourself?

I love my main character Indigo—she’s smart and brave (braver than I was at her age!) and I love the deep connection she finds with Ida B. Wells and Ida’s work and life. I can’t wait for readers to meet both of them!

So much of Indigo’s story reflects questions and transformational moments I have personally experienced, so I guess even though this idea of the “double consciousness ” (W.E.B. DuBois) is fairly universal for the BIPOC community, some part of that theme was also specifically for me. Indigo’s search for her own authentic voice—somewhere between the public one she uses at school where she’s trying to fit in, and her private voice urging her to speak her truth—has definitely been part of my personal growth. Indigo is lucky though, because she finds Ida’s letters, which empower her to trust and value her private voice.

How did you decide that your protagonist Indigo would do her reporting through investigative vlogs? Is there a reason for choosing vlogs specifically?

I chose vlogs because students almost exclusively use video and photography via social media to talk to each other—and for great reason. Video shows feeling and creates a dynamic, unique connection. Plus, as a former television news reporter, I’m comfortable with telling news through video, so it seemed like a natural fit for me to write Indigo that way.

Ida B. Wells also features prominently in this story. What kind of research did you do? How did you choose which of Wells’ letters to include?

I found Ida’s voice in her own body of work. I read Crusade for Justice, the Autobiography of Ida B. Wells; The Light of Truth: Writings of an Anti-Lynching Crusader (a collection of her work from 1885-1927), Southern Horrors, A Red Record (her investigative pamphlets on lynching), some of her newspaper columns, her Memphis diary, some of her letters—as much as I could get my hands on. There’s definitely more of her work archived that I didn’t see, but I did the best I could to read as widely as I could access during COVID. I am grateful that so much of her work still exists so that we can see for ourselves what an extraordinary person she was.

I actually wrote the letters myself—the substance is real, but the letters are fiction. In earlier versions, I used actual quotes from her autobiography, but my team and I decided that for our audience and for the storyline I created, writing the letters myself would be a compelling way to illustrate important moments in Ida’s life. 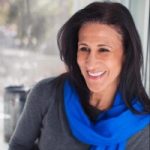 Heather Murphy Capps grew up in a small Minnesota town where the motto is “Cows, Colleges, and Contentment.” She spent twenty years as a television news journalist before deciding to focus on her favorite kind of writing: books for kids involving history, social justice, science, mystery, and a touch of magic. A mixed-race author committed to diversity in publishing, she lives in Northern Virginia with her husband, two kids, two cats, and yes, even some cows, colleges, and contentment. Indigo and Ida is her debut novel.