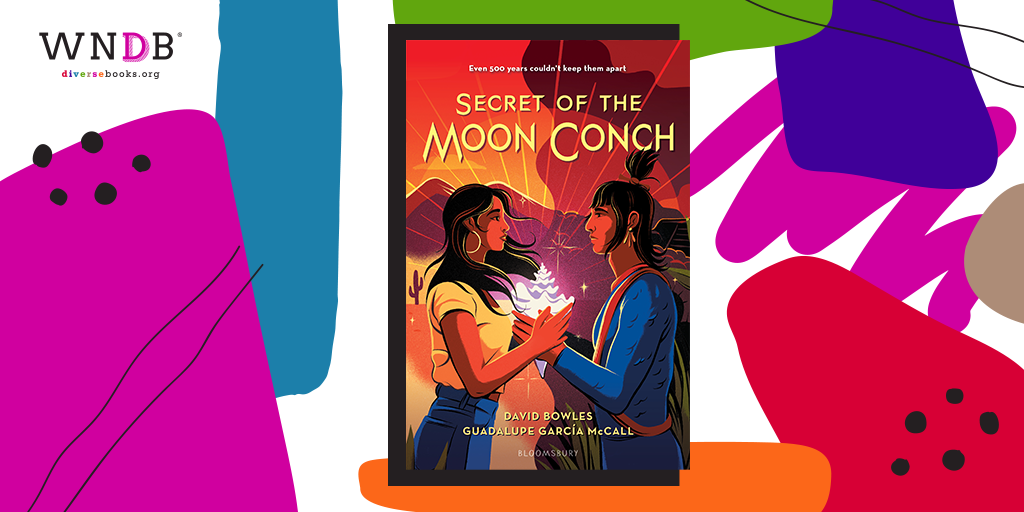 Today we’re delighted to reveal the cover for Secret of the Moon Conch by David Bowles and Guadalupe García McCall! The cover was illustrated by Luis Pinto and designed by Jeanette Levy. The book will be released on May 16, 2023 by Bloomsbury. Preorder it here.

Award-winning authors David Bowles and Guadalupe García McCall join forces to craft a sweeping fantasy romance about falling in love despite all odds.

In modern-day Mexico, Sitlali has no family left and has caught the attention of a dangerous gang leader. She has no choice but to make the perilous trip across the US border to track down her long-absent father. The night before her journey, she finds a beautiful conch shell detailed with ancient markings.

In 1521, Calizto is an Aztec young warrior in Tenochtitlan, fighting desperately to save his city from Spanish imperialists. With his family dead and the horrors of war surrounding him, Calizto asks a sacred moon conch for guidance.

Connected by the same magical conch in different times, Sitlali and Calizto can communicate across centuries, finding comfort in each other as they fight to survive. With each conversation, they fall deeper in love, but will they be able to find a way to each other?

A word from the authors:

In 2017, Guadalupe García McCall came up with the idea of a YA supernatural romance along the lines of the films The Lake House and Your Name, with two characters communicating and falling in love across time. One would be a teenage Mexican girl in the present; the other, an Aztec boy in the past. Daunted by the research that would be required to depict the Aztec Empire in 1521, Guadalupe reached out to her friend and fellow writer David Bowles, asking if he’d be interested in co-authoring. Excited at the prospect, David brought to bear his knowledge of the period and of Nahuatl, the language spoken by the Aztecs (and millions in modern Mexico as well).

After two years of planning bits and pieces of the novel between our own projects, we hammered out an outline and got to writing! The looming 500th anniversary of the fall of the Aztec Empire gave more urgency to our work. We were delighted when the great folks at Bloomsbury expressed a desire to publish the novel, which we think will resonate with everyone fascinated by history, the modern struggle of immigrants, deep ancestral magic, and love that transcends space and time to bring two fated hearts together. — David Bowles & Guadalupe García McCall 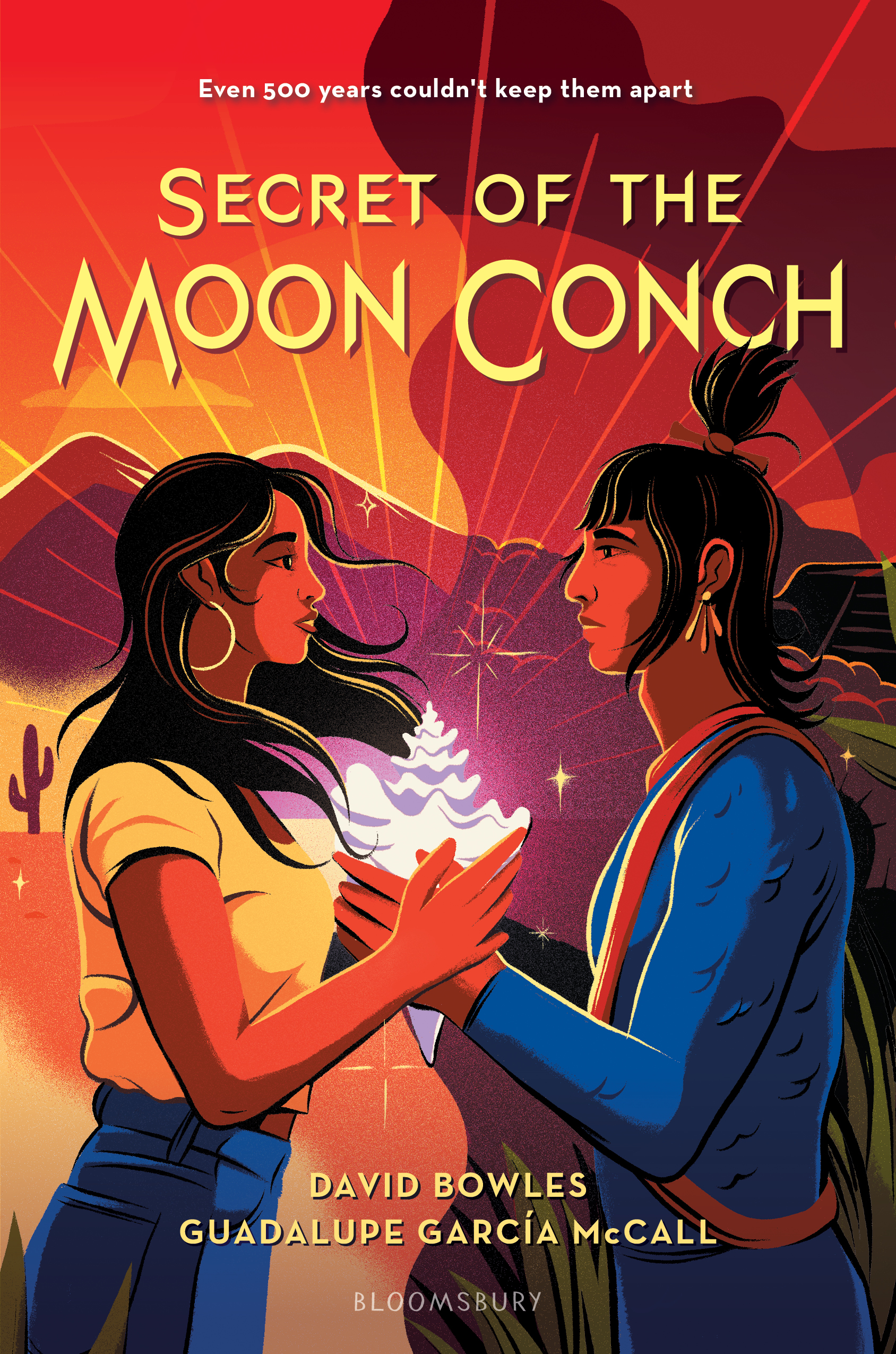 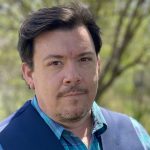 David Bowles grew up in the Rio Grande Valley of South Texas, where he teaches at the University of Texas Rio Grande Valley. He’s the author of several award-winning titles, including They Call Me Güero, The Smoking Mirror, the 13th Street series, and Feathered Serpent, Dark Heart of Sky: Myths of Mexico. His picture book debut, My Two Border Towns, is available in English and Spanish. In 2020, David co-founded #DignidadLiteraria, a grassroots activist hashtag and movement dedicated to promoting equity for Latinx people in publishing.

Guadalupe García McCall is the best-selling author of Summer of the Mariposas and won the Pura Belpré Award for her first novel, Under the Mesquite. She was born in Mexico and moved to Texas as a young girl, keeping close ties with family on both sides of the border. She is a full-time author and abuelita and lives with her husband in South Texas. Find her online at ggmccall.com.

Previous Post: « Cover Reveal for Don’t Want to Be Your Monster by Deke Moulton
Next Post: Cover & Full Jacket Reveal for You Are Here: Connecting Flights edited by Ellen Oh »
Today is International #HolocaustRemembranceDay an