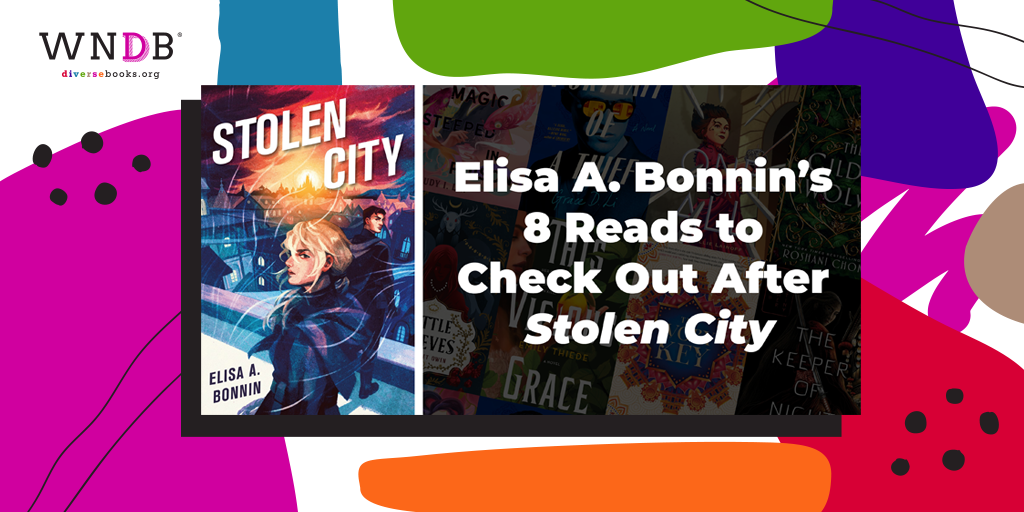 By Elisa A. Bonnin

My sophomore novel Stolen City, releases on September 20, 2022. It’s a heist novel about twin thieves who steal magic artifacts from their city’s colonizers, and who end up stealing the whole city back in the process. The book has four POV characters, all of whom have different relationships to the city and its occupation. The book has autistic and biracial representation and focuses a lot on sibling dynamics and family relationships, with all of its characters struggling to reconcile who they want to become with the person their parents wanted them to be.

If you like Stolen City, there are a lot of other books out there with similar themes, so consider picking up:

1. This Vicious Grace by Emily Thiede — Like Stolen City, this book has neurodivergent representation, and follows a young protagonist (who is also a twin) doing her best to fulfill a role that she never wanted to have. If you want to read another protagonist struggling against her destiny, pick this book up!

2. Little Thieves by Margaret Owen — If you’re looking for another heist novel following a scrappy thief who doesn’t let little things like rules, societal conventions, the will of the gods, or anyone’s expectations get in her way, you can’t go wrong with this book.

3. One for All by Lillie Lainoff — While the Musketeers in this book are firmly on the other side of the law as Arian and company, they do their fair share of sneaking around. Try this if you’re craving more disability representation, friendships, girls with weapons and twisty, political plots.

4. Portrait of a Thief by Grace D. Li — This book is set in the modern world and so is a bit more grounded in reality than Stolen City. Pick this book up if you enjoyed the idea of stealing from colonizers but want to see it played out in the real world.

5. The Ivory Key by Akshaya Raman — Akshaya Raman’s debut is also about siblings working together to track down a magical artifact, but rather than stealing the artifact, the siblings have to solve a complicated series of puzzles to find it. Try this book if you want a little more travel and adventure with your heist.

6. A Magic Steeped in Poison by Judy I. Lin — Like Stolen City, Judy I. Lin’s incredible Book of Tea duology focuses on sibling relationships, with Ning spending most of the first book trying to save her sister Shu. Read this book if you enjoyed the court politics and intrigue in Stolen City and want to see more of that combined with a brilliant magic system.

7. The Gilded Wolves by Roshani Chokshi — If you want another heist novel set in our world, featuring diverse characters, tons of scheming and twisted plots, you can’t go wrong with The Gilded Wolves.

8. The Keeper of Night by Kylie Lee Baker — If you finish Stolen City and want to read about another angry biracial girl struggling to find her place between two worlds while wanting to burn everything down in the process, this might be your book. And if you finish Stolen City and come away wishing Arian or Liam were just a bit meaner, you definitely have to pick this up! 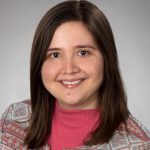 Elisa A. Bonnin was born and raised in the Philippines, after which she moved to the United States to study chemistry and later oceanography. After completing her doctorate, she moved to Germany to work as a postdoctoral scientist. A lifelong learner, Elisa is always convinced that she should “maybe take a class in something” and as a result, has amassed an eclectic collection of hobbies. But writing will always be her true love. Publishing a book has been her dream since she was eight years old, and she is thrilled to finally be able to share her stories. She is the author of Dauntless and Stolen City.

Previous Post: « Cover Reveal for My Name by Supriya Kelkar, illustrated by Sandhya Prabhat
Next Post: (Not) Proud to be Banned: Reflections from LGBTQ+ Creators of Banned Books »
On Monday, we announced the launch of #BooksSaveLi