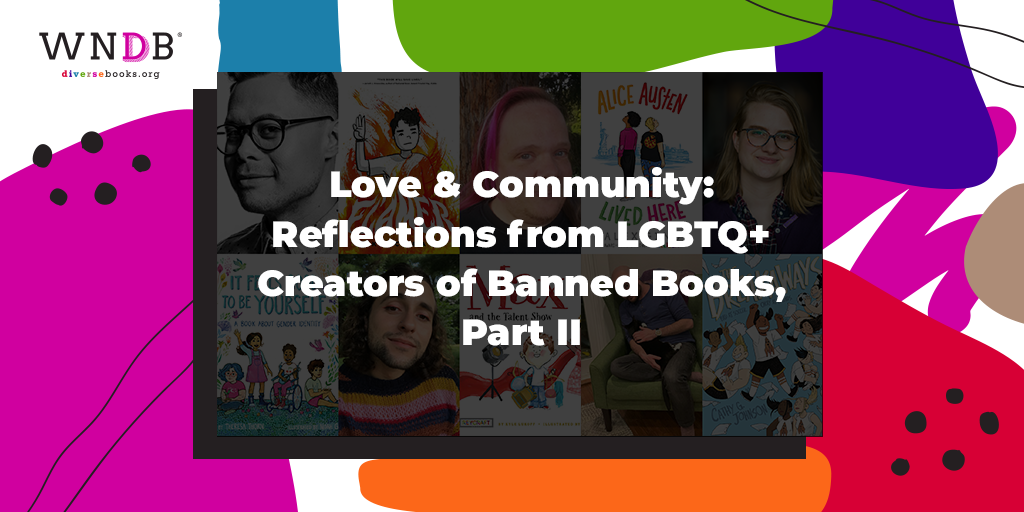 Book challenges and bans in 2022 are on the rise, with books for young people, especially those featuring LGBTQIA+ issues or identities, coming under the most fire.

As we close Banned Books Week, we wanted to share thoughts and insights from queer creators directly affected by the widespread, unprecedented effort to suppress their stories. In particular, here are their testimonies to the power of community and representation. Read Part One of their reflections here.

Miriam Moore-Keish: What kind of love and support are you receiving for your books? What are people saying that stick in your minds?

Cathy G. Johnson: I actually am a teacher. I was thinking about a middle school girl—we were having a hard day, as happens in middle school. And I told her I had made a book, and the next day she said, “I went to the library. I read that book.” The next morning! She was like, “I really liked it. It was good.” And I was like, “oh, what was your favorite part?” and she was like, “the kiss.” And I said, “I know right?”

Noah Grigni: I love meeting kids in person who felt represented by my book or, I’ve gotten a lot of messages from adults, too, for It Feels Good to be Yourself, specifically, because it provides a really basic, open-ended framework to talk about gender identity and most adults haven’t had that broken down for them in such simple terms before. I’ve gotten messages from adults who are like, “I read this book to my kid and it made me realize that I’m non-binary.”

Alex Gino: A six-year-old’s mom contacted me and said that she had finished reading the book with her kid and her kid had come back and said, “my stuffed bunny is trans!” And if you know anything about developmental stages, this was a kid not thinking, “oh, I might be trans,” but rather, “I might meet someone trans. Let me, through play, develop and practice what that might look like and how I would respond and how I would celebrate my stuffed bunny.” I just love the hell out of it!

Kyle Lukoff: I’ve come across at least one child who named himself after one of my characters, which is delightful and pretty intense to learn. My second novel [is] called Different Kinds of Fruit. It’s from the perspective of an 11-year-old. Her dad is a Gen X trans man who was mostly stealth until the book takes place, and her mom is this queer fat femme who is like all the queer fat femmes I’ve ever known. And I get adults who are either old trans men or dads and then moms who are queer femmes who are saying, “I never thought that I would see me and my family in a book and this one is for kids but somehow it’s also for me.” This is very deeply my community, and hearing from people that I captured their experience correctly is really gratifying to me.

Mike Curato: I’ve heard from kids in communities where there is no visibility, tell[ing] me, “this book makes me feel like I’m not alone.” Adults have messaged me, too. There were two gay, Filipino, femmy guys—one of them was even in Boy Scouts—and I just cried when one of them messaged me because we’re exactly the same age and I was just like, isn’t it amazing to know that someone had a completely parallel experience to yours? And you thought you were the only freakshow like that? But someone else knew exactly what you were going through. I think that’s pretty magical to have a connection where it’s like, all these years later, we found each other. Seeing the educators out there who are fighting so hard for our books, they’re on the front lines. I’m always so grateful for people who literally risk their livelihoods standing up for free speech and for the rights of their students to be able to read.

Mike Curato is the award-winning author and illustrator of the Little Elliot series, Where is Bina Bear, and the graphic novel Flamer, and has illustrated a number of other books for children, including What If… (by Samantha Berger), Worm Loves Worm, and All the Way to Havana. 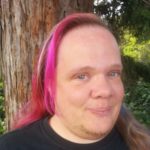 Alex Gino loves glitter, ice cream, gardening, awe-ful puns, and stories that reflect the diversity and complexity of being alive. Their first novel, Melissa, was a winner of the Children’s Stonewall Award, the Lambda Literary Award, and the Children’s Choice Book Award. For more about Alex, please visit them at alexgino.com.

Noah Grigni is a queer, trans, freelance artist and illustrator from Atlanta, Georgia (stolen Muskogee land). Noah makes art for, about, and in collaboration with their communities, who they define as trans kids, queer southerners, and sexual trauma survivors. Noah creates children’s books, comics, paintings, zines, and whatever else brings them joy! They are best known for their exhibition “Protect Trans Dreams” at the Boston Children’s Museum, and for illustrating the children’s book It Feels Good To Be Yourself by Theresa Thorn. 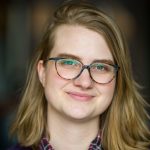 Cathy G. Johnson is an award-winning cartoonist, printmaker and educator residing on occupied Narragansett land in Providence, Rhode Island. Her comics delve into the complicated worlds of young people, exploring the hardships and joys of adolescence. She holds a master’s degree in art education from the Rhode Island School of Design. She received the 2014 Ignatz Award Winner for Promising New Talent. Past works include the graphic novels Jeremiah (2015), Gorgeous (2016), and The Breakaways (2019). The Breakaways won the 2019 Dorry Award for Book of the Year in Children’s/YA. Cathy has also published numerous smaller works through self-publishing and independent presses. Her newest comic, Black Hole Heart, self-published in 2020, won the 2020 Ignatz award for Outstanding Minicomic. Cathy regularly exhibits at comic book conventions, holds speaking engagements, and enjoys being a visiting author at libraries and schools. Portfolio: www.cathygjohn.net | Education: www.comicarted.com 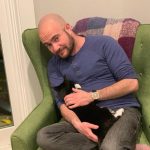 Kyle Lukoff is the author of many books for young readers. His debut middle-grade novel, Too Bright To See, received a Newbery honor, the Stonewall award, and was a National Book Award finalist. His picture book When Aidan Became A Brother also won the Stonewall, and his book Call Me Max has been banned in schools across the country. He has forthcoming books about mermaids, vegetables, death, and lots of other topics. While becoming a writer he worked as a bookseller for ten years, and then nine more years as a school librarian. He hopes you’re having a nice day.

Previous Post: « Q&A With Natalie Lund, The Wolves Are Watching
Next Post: Q&A With Sara Saedi, I Miss You, I Hate This »
We've got new #BooksSaveLives swag in the WNDB Bon