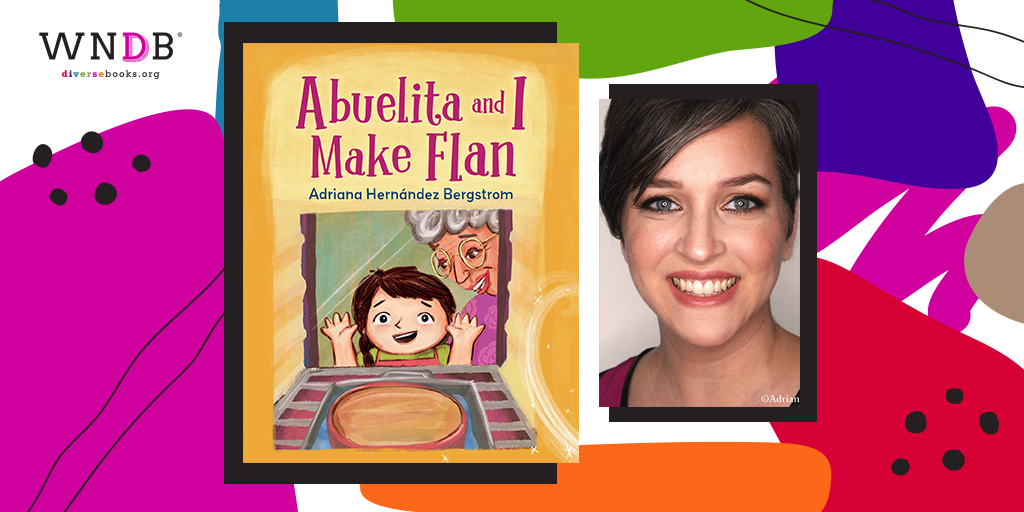 Today we’re pleased to welcome Adriana Hernández Bergstrom to the WNDB to discuss picture book Abuelita and I Make Flan, out August 9, 2022! We previously revealed the cover for the book here.

Anita loves to bake with her abuela, especially when they are using her grandmother’s special recipes for Cuban desserts like flan!

Anita is making flan for Abuelo’s birthday, but when she accidentally breaks Abuelita’s treasured flan serving plate from Cuba, she struggles with what to do. Anita knows it’s right to tell the truth, but what if Abuelita gets upset? Worried that she has already ruined the day, Anita tries to be the best helper.  After cooking the flan, they need a serving dish! Anita comes up with a wonderful solution.

Complete with a glossary of Spanish terms and a traditional recipe for flan, Abuelita and I Make Flan is a delicious celebration of food, culture, and family. 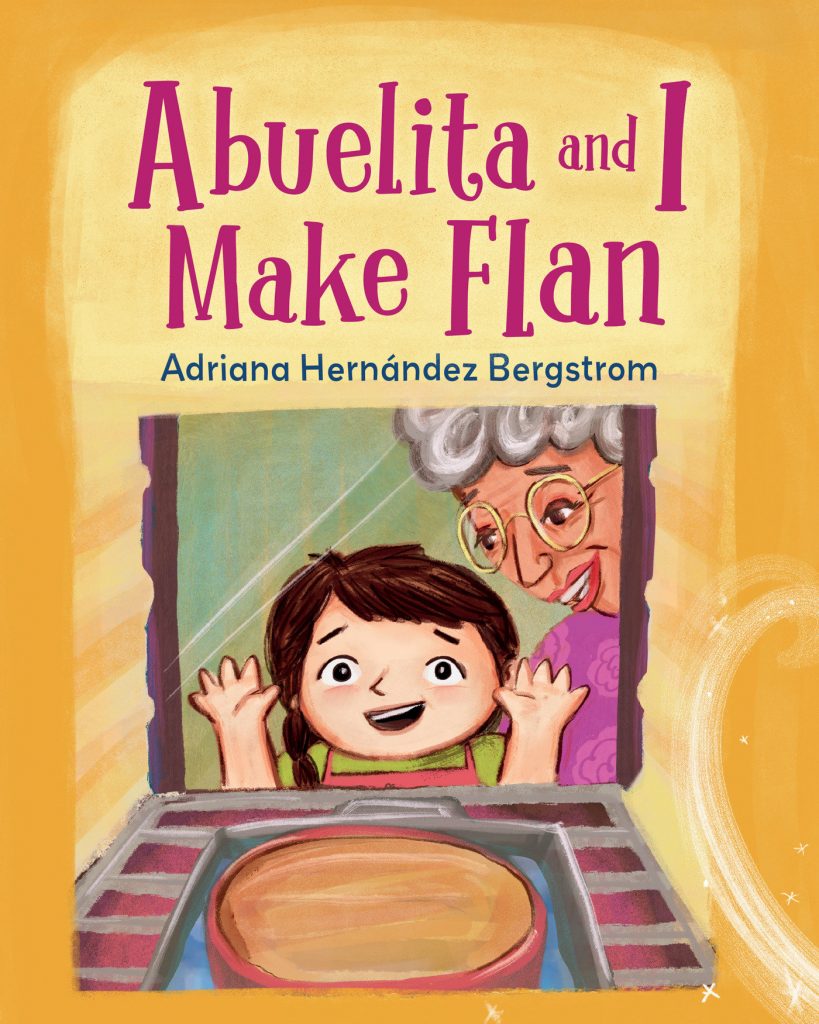 Hi, I’m Adriana Hernández Bergstrom, a Cuban-American mixed-media illustrator living in Florida. I’ve been a designer and illustrator for more than 15 years, but began to seriously invest my time and efforts illustrating and writing for children’s books in 2017. I was a 2019 WNDB Mentee (shout-out to Joyce Wan, my awesome mentor!).

Where did the inspiration for your book, Abuelita and I Make Flan, come from? And do you have any personal connections or memories to flan yourself?

For the plot of Abuelita and I Make Flan, I was combining several real-life events. I was inspired to capture a moment in time where it felt like everything was going wrong as a kid, but still able to find safety and love from my grandparents who accepted me as an imperfect child deserving of love. Anita, the main character, is also a blend of real life people in my own family. The Abuelita character was drawn from a combination of several real people, including my great-aunt and grandmas.

So what’s real-life inspiration and what’s not? I really did break a wedding dish, but it belonged to my mother, not my abuelita. I really did (and still do!) make a LOT of flan, but it was with my great-aunt, Marta, and sometimes with my aunts or mom. In real life, I did more crafts like sewing, crochet, and cake decorating with my grandma. I chose flan because it’s delicious and it reminds me of our big family get-togethers, which I miss very much.

How did you find yourself getting drawn into the world of children’s books? What were some of your favorite examples growing up?

Growing up, I loved Richard Scarry books, Where’s Waldo, and books that had interactive elements to them. I was also completely transfixed by the illustrations and stories of Steven Kellogg. I would get sucked into all the hilarious expressions, little details, and lush scenery. Interestingly, my own stylistic voice is minimalistic by comparison!

The original plan after high school was to study illustration and be a children’s book illustrator, but nothing went according to plan. The first semester in school at the University of Miami, the school shuttered the illustration department. I was on a full scholarship so I decided to take full advantage of my time at UM and learned printmaking and theatre production. That choice led to a bunch of other life ramifications…I ended up teaching, studying industrial design, living in Germany… until I finally came back to that dream.

Where would you say you first found your love of storytelling? Were there any illustrators or writers who inspired you in your own journey towards becoming a creative writer/ artist?

I have been telling stories since I was a little kid. When I was around 7 or 8 years old, I started keeping a journal at the suggestion of a school counselor to help me manage my emotions. So my first stories were mostly expressions of frustration and anger and disappointment! But eventually the journal entries started to be about everyday things, fantasy stories, dreams, and wishes. I had a lot of familial expectations and pressure that made it seem like an impossible dream to be an author or illustrator as a career.

When I found mentors like Brianne Farley and Joyce Wan (my WNDB mentor), they made working as an author-illustrator feel like a real possibility. When I was younger, I couldn’t visualize a pathway from where I was to being a children’s book illustrator. I thought I would figure it all out in college, but it wasn’t until I met actual working authors and illustrators that it finally clicked for me how I could make it happen. Big thanks to the mentorship program at WNDB, SCBWI conferences, Highlights Foundation courses, Storyteller Academy and other educational resources. Community has been pivotal for growth and feedback in the publishing world.

Based on your own experiences, what would you say goes into the process of making a children’s book?

This question is so loaded! So much goes into the process, and to even GET to DO the process! But making a children’s book is a bit like theatre in that it’s collaborative storytelling. You’ve got art directors and editors, which function much like directors and production teams. It’s also like painting in that it takes passion, a love of color, experimentation, composition, and introspection. It’s like design, in that text works together with images to communicate a concept and story. It takes all of that and the production team, distribution team, bookstores, and eventually the readers to make it all happen! 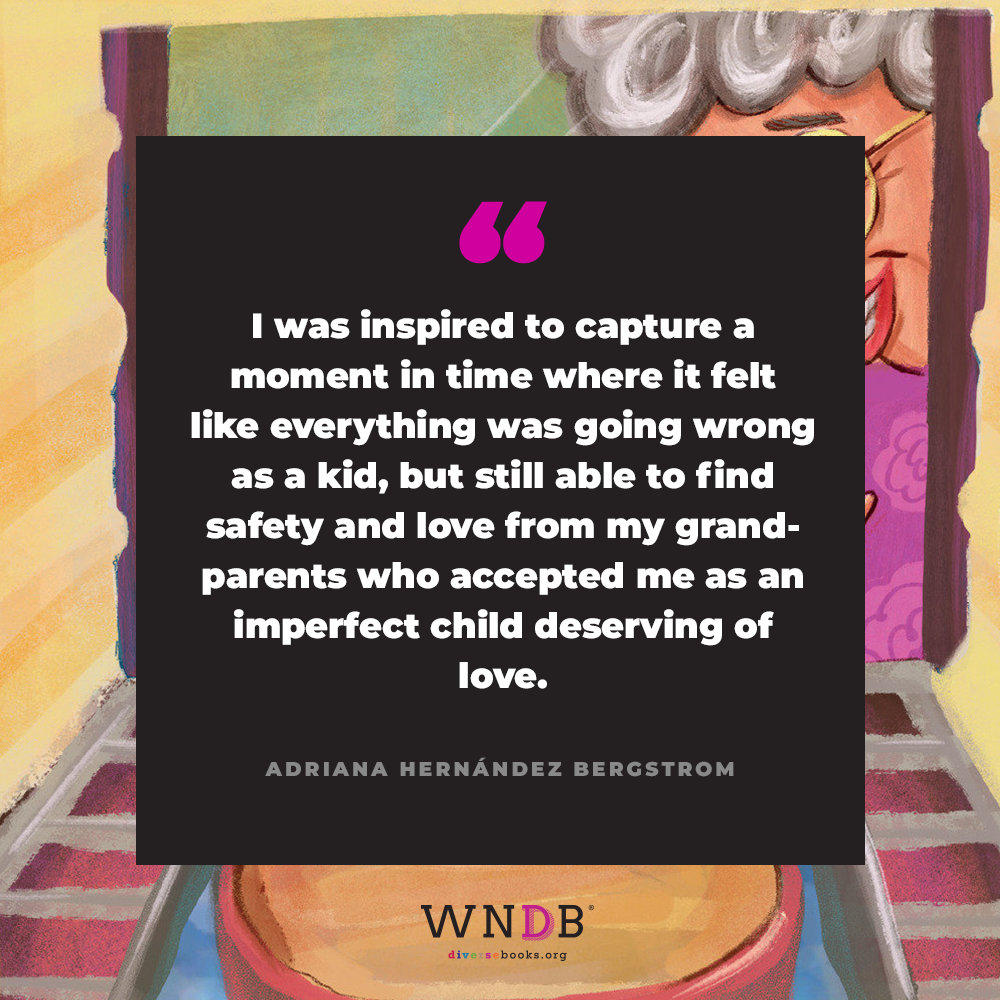 From what I hear, you have had a previous connection to We Need Diverse Books as a former WNDB mentee and a Walter Grant recipient. Could you elaborate on that connection and experience?

Yes, the WNDB mentorship program is how I met Joyce Wan and she mentored me while I was working on revisions for Abuelita and I Make Flan. She was part of my support team for that process, and she’s become a friend since then. The Walter Grant was life changing. I was able to stop doing part-time work for a few months, went to a retreat at the Highlights Foundation, took additional courses to help me learn more about the industry, and was able to focus on my manuscript dummies and portfolio.

What are some of your favorite parts of the writing/illustrating process?

I’d have to say my favorite part of writing is idea generation and getting a manuscript to the pagination stage. For illustration, my favorite part is color, color, color. I think about color more than anything else! Coming up with a color palette and acting on that vision is really satisfying.

Since this is definitely a book based on a love for food, I was wondering what are some of your favorite dishes to eat?

I’m not kidding, I have a thick binder filled with my favorite recipes… It includes all kinds of food like ramen, cookies, flan (of course!), pies, and so many dumpling recipes. My favorite flan recipe is a coconut flan recipe I developed through experimentation and many taste tests.

What advice would you give to other aspiring writers and artists, whether those wanting to create children’s books or otherwise?

The path can be long and winding. I’ve heard so many other writers and illustrators say it’s a marathon not a sprint, and I agree. I also agree with not quitting whatever source of regular income you have until you’ve gathered enough royalty sources to cover your bills. There are long, long gaps between the milestones of publishing. In my case, I received interest from publishers about Abuelita and I Make Flan in 2019, but it didn’t sell until 2020, and it’s finally out in August of 2022. Depending on the publisher and the details of your contract, it could be a while between selling and publishing!

Are there any other projects you are incubating and at liberty to speak about?

YES! I’m very excited to be working on my first nonfiction picture book! The origins of this one were very serendipitous, but in essence, my child challenged me to a ‘story duel’ where we both drew out our own stories with the title Tumble. My mama-version of Tumble came out first as images of a tumbleweed living out its life amidst the expansive and beautiful desert. It was the first time I ever put together a story so completely and fully formed! And, if you want to know what my kiddo’s version was about, it was about falling into portals and traveling through time and space! Who is to say who won that story duel, but I’m happy to be working on Tumble for a Summer 2023 release!

Do you have any books to recommend for the readers of We Need Diverse Books?

This is just a small list; I have so many more!

Isla to Island by Alexis Castellanos

Lola Out Loud by Jennifer Torres

(And so many more—really, this list could be pages long!) 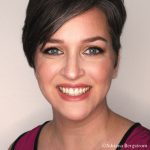 Adriana Hernández Bergstrom is a Cuban-American artist and children’s book author-illustrator. She studied fine art & theatrical set design at the University of Miami, FL and industrial design at RISD. She loves literacy and languages and experimenting with dessert recipes. Her debut as a children’s book author and illustrator is the upcoming ABUELITA AND I MAKE FLAN (Charlesbridge, 2022) about a little girl learning to make amends when making flan goes terribly awry. Adriana is a 2018 Walter Grant recipient and 2019 WNDB Mentee.