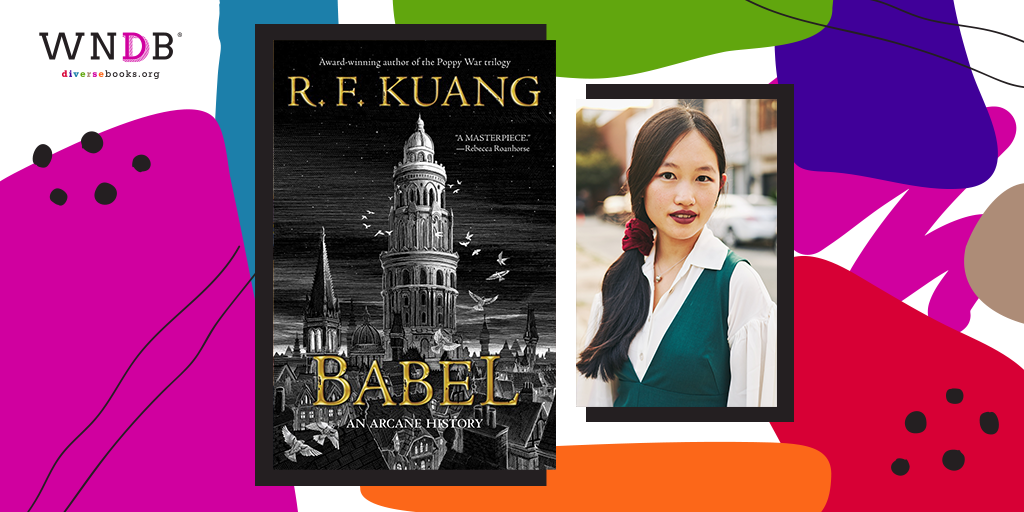 Traduttore, traditore: An act of translation is always an act of betrayal.

1828. Robin Swift, orphaned by cholera in Canton, is brought to London by the mysterious Professor Lovell. There, he trains for years in Latin, Ancient Greek, and Chinese, all in preparation for the day he’ll enroll in Oxford University’s prestigious Royal Institute of Translation—also known as Babel.

Babel is the world’s center for translation and, more importantly, magic. Silver working—the art of manifesting the meaning lost in translation using enchanted silver bars—has made the British unparalleled in power, as its knowledge serves the Empire’s quest for colonization.

For Robin, Oxford is a utopia dedicated to the pursuit of knowledge. But knowledge obeys power, and as a Chinese boy raised in Britain, Robin realizes serving Babel means betraying his motherland. As his studies progress, Robin finds himself caught between Babel and the shadowy Hermes Society, an organization dedicated to stopping imperial expansion. When Britain pursues an unjust war with China over silver and opium, Robin must decide…

Can powerful institutions be changed from within, or does revolution always require violence? 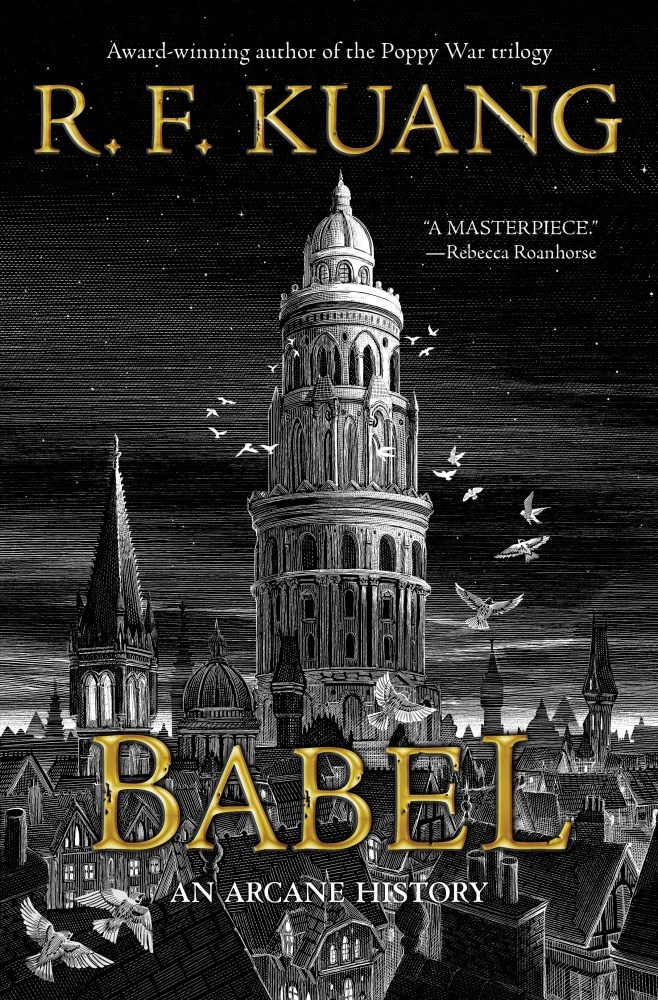 Hi Rebecca! Thank you so much for joining me on We Need Diverse Books. Since Babel is set at Oxford University and you attended the school to obtain your Masters degree in Contemporary Chinese Studies, what was your favorite time of year on campus and did you have any memorable moments while you were studying there?

Autumn is always my favorite time of year on campus. The leaves are turning, the wind is starting to bite, and the last dregs of golden summer give way to the crisp urgency of the school year. Autumn means new beginnings, the smell of new notebooks, and holing up in the library until the sun goes down. I’ve loved autumn since I was a child (because I was excited about school starting, because I’m a nerd) and autumn at Oxford was undeniably beautiful. As for memorable moments—I remember one evening I was walking home alone from a friend’s place across the cobblestones on a moonlit night and I started hearing this eerie, angelic, disembodied singing drifting from nowhere. It was certainly the Queens’ College Chapel Choir at practice, but in the moment it felt like ghosts were accompanying me home. I’ve never felt as transported on a college campus as I have at Oxford.

The voice of Babel (and Robin’s third-person point of view) is very different from that of Rin and The Poppy War trilogy. As soon as I started reading your author’s note, the cadence grabbed your attention; I wanted to read it out loud! What influenced the development of Babel’s voice?

I’m glad it sounded different from the Poppy War trilogy. I get bored very easily, and I feel stuck when I have to do the same thing over and over again. I wanted to push myself to try out new narrative techniques; in part so I would keep evolving as a writer, and in part so that I wouldn’t fall into the trap of putting out a sophomore work that read like a pale echo of the first. Before I start a project I always do “vocal training” by reading extensively in the genre I’m writing in. For Babel this was particularly important because I needed to capture the cadence and flavor of Victorian life, and the way I managed this was by reading what my characters would have been reading. Babel sounds like Dickens, Austen, and Thackeray for a reason.

Babel starts with Robin being (forcibly) removed from Canton by Professor Lovell after his mother dies from sickness and choosing an “English” name. His upbringing in England essentially scrubs away his Chinese identity to the point where Robin almost doesn’t remember his Chinese name. Was this an intentional choice to never reveal Robin’s original name?

Yes. If it’s not on the page, the reader’s not supposed to know it. The lack is the point.

Did you know the ending early on in the writing process or was it something that came to you over time?

I always come up with the endings of my stories first; otherwise I have no motivation to work through the middle.

I know the context for Babel probably overlapped with your own studies at Oxford, but while you were writing this story, did anything you researched surprise you? Did you end up including that information in Babel, even as a footnote?

Of all the things I researched for Babel I had the most fun learning about barricade tactics. You’ll recall from the Poppy War trilogy that I’m at my happiest when gleefully recounting military tactics, usually through Kitay’s gesticulations, so the action in Book V was a nice return to form for me. I like reading about tactics of asymmetrical warfare—whether that’s ill-equipped guerrilla troops against a well-trained platoon, or townspeople and scholars against the British Army. What avenues of resistance are available to the underdog? One thing I found impressive was how barricaders learned to pack in their materials in a V formation, so that when their barricades were inevitably shelled, they would cave in on themselves in a way that only packed the materials more densely in. 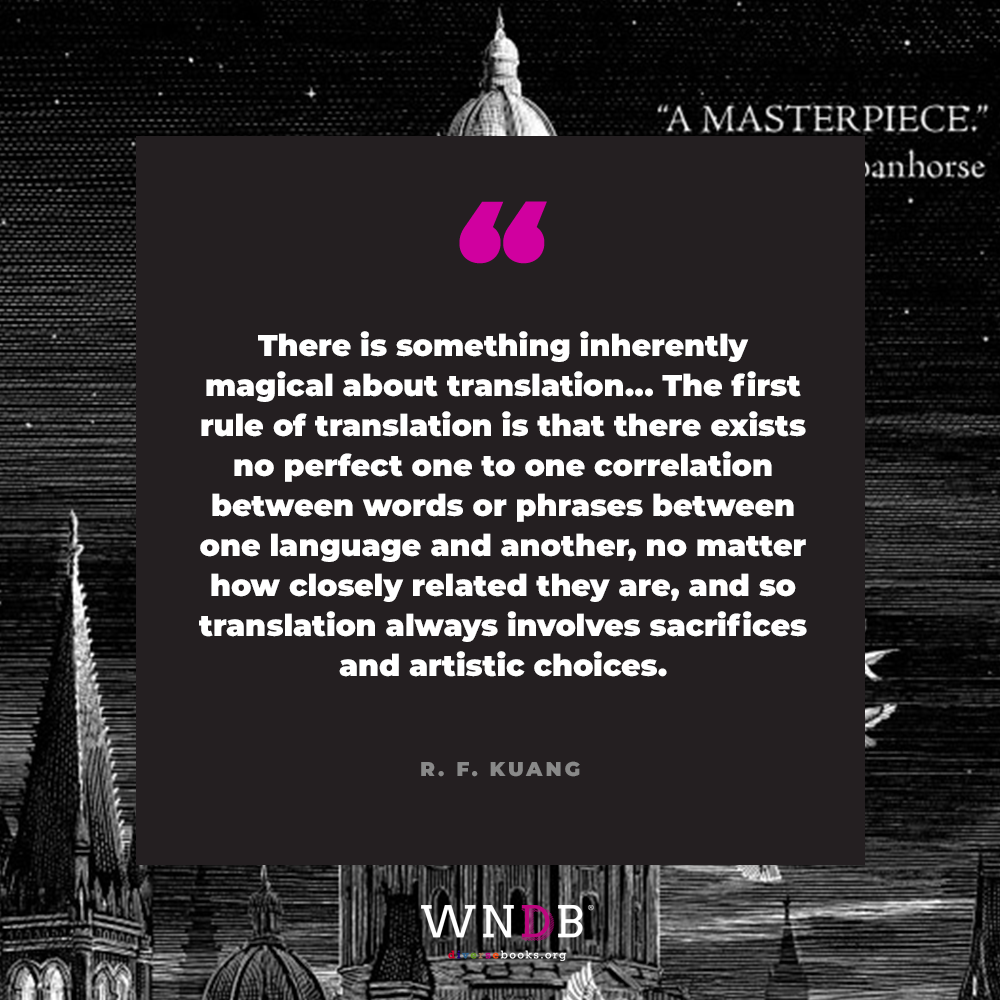 How did silverworking and the idea of “match-pairs” become the foundation of your version of Oxford in Babel? What was your process of building this magic system?

There is something inherently magical about translation—this incredibly complicated process of taking words in one languages and conveying them as best you can into another. The first rule of translation is that there exists no perfect one to one correlation between words or phrases between one language and another, no matter how closely related they are, and so translation always involves sacrifices and artistic choices. And what is that mystical realm of meaning that gets lost from one language to another? Does a perfectly comprehensible, unambiguous Adamic language of the sort we supposedly lost at Babel exist? Can it possibly exist? These are the questions at the heart of translation studies, and they are so prima facie magical that it seemed obvious to use them as the base of a magic system. From there, it seemed obvious as well to wed the match-pair system to the physical object of silver. Silver is smelted using mercury, after all, and Mercury is the god of messengers.

It was fascinating to learn about the roots of certain words and the potential connections between different languages. Do you have a favorite word, and what is its (brief) etymology?

I particularly like this passage I wrote about the root of the word anger, and its relationship to the word madness.

The origins of the word anger were tied closely to physical suffering. Anger was first an ‘affliction,’ as meant by the Old Icelandic angr, and then a ‘painful, cruel, narrow’ state, as meant by the Old English enge, which in turn came from the Latin angor, which meant ‘strangling, anguish, distress.’ Anger was a chokehold. Anger did not empower you. It sat on your chest; it squeezed your ribs until you felt trapped, suffocated, out of options. Anger simmered, then exploded. Anger was constriction; and the consequent rage, a desperate attempt to breathe.

And rage, of course, came from madness. (Footnote: From the Latin rabere: ‘to rave, to be mad.’)

What is a question you want to be asked more often, and what is your answer?

What makes you happy outside of writing? Studying new languages. Trying and failing to pronounce things in French. Dreaming of the day I can pronounce things in French without wincing. Watching movies in my pyjamas in an empty theater in the middle of the day. Exploring new cities on foot from dawn to dusk. Art museums. Rock-climbing. Hiking up every hill and mountain in Scotland I can find.

Are you currently reading anything or loving a specific type of media lately? And what books would you recommend for We Need Diverse Books readers?

I just finished Elif Batuman’s Either/Or, which I loved. I need to finish Vladimir Nabokov’s Pale Fire, but I’m savoring it because every page is just so funny. I’ve been reading more nonfiction this summer than fiction. I’m in the middle of Louisa Lim’s Indelible City, which traces the history of resistance and identity formation in Hong Kong, and Mary Beard’s SPQR, which is a very popular history of Ancient Rome. Both are great!

Rebecca F. Kuang is a Marshall Scholar, translator, and the Hugo, Nebula, Locus, and World Fantasy Award nominated author of the Poppy War trilogy and the forthcoming Babel. She has an MPhil in Chinese Studies from Cambridge and an MSc in Contemporary Chinese Studies from Oxford; she is now pursuing a PhD in East Asian Languages and Literatures at Yale. 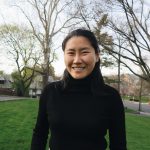 Sara Conway is a New York-based writer of many things, including books, art, and music. She is currently a library page at her local library, where she discovers even more books to add to her ever-growing TBR pile. Sara also runs Lyrical Reads, a book blog dedicated to uplifting diverse voices, with a soft spot for Asian and Asian American stories. She can be found writing reviews for her book blog, taking photos for her bookstagram, or (re)tweeting about all the books on her Twitter.

Previous Post: « Q&A With Aaron H. Aceves, This Is Why They Hate Us
Next Post: Q&A With Karina Nicole González, The Coquíes Still Sing »
LAST CALL for WNDB 2023 Internship Grant Partners!