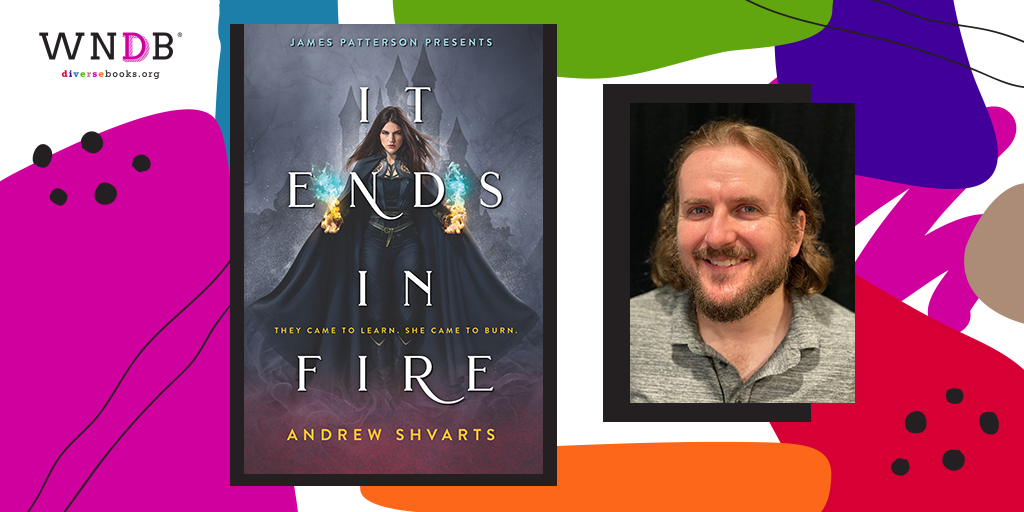 It Ends in Fire by Andrew Shvarts is on sale now.

As soon as I decided to write about a magic school, I knew the book would have to be about burning it down.

Write long enough, and you begin to notice your recurring obsessions, the themes, and the images you come back to again and again. Every book I’ve ever written is about young people tearing down ancient institutions and dismantling social orders, destroying the oppressive worlds of their parents to try to build a better future. With It Ends in Fire, I was driven to explore that idea through the frame of “the magic school,” re-imagining it not as a safe haven but as an incubator of oppression, a cruel and calculated institute designed to churn out generation after generation of vicious magical oligarchs, a place our heroine Alka is infiltrating so she can destroy it from within.

But as I began to develop the world of Blackwater Academy, I felt the shadow of That Other Magic School Series looming over me. It feels impossible to write a magic school book without invoking comparisons to Harry Potter; its influence over the genre is so ubiquitous that even if I made every effort to avoid similarities, I knew readers would draw the comparison regardless. When I wrote It Ends in Fire in early 2019, Rowling had yet to claim her mantle as one of the world’s most influential transphobes, but even then, I had many issues with her work: The abysmal handling of race, the pervasive Blairite centrism, and above all the fixation on preserving the status quo, on the veneration of ancient British norms and institutions, on the omnipresent emphasis of Knowing One’s Place. I hated the shadow her work cast over my book and the idea that I’d be seen as pursuing it.

With that mindset, I delved into the worldbuilding, and piece after piece clicked into place. Take the concept of dividing students into houses, or Orders. I’ve always had issues with the Sorting Hat, not just for the baffling implication that a good educational model meant sorting students to be solely with similar peers, but for its implicit determinism, its notion that identity is fixed and static. The prospect that someone would be a Hufflepuff at ten but feel like more a Slytherin at 16 doesn’t seem to have ever occurred to Rowling, which is deeply telling in and of itself.

With the school Orders in It Ends in Fire, I leaned into those issues, conceiving these Orders as inherently flawed. When Alka is sorted into Nethro, the ‘worst’ Order, she feels an initial twinge of disappointment, before realizing that this is the system working exactly as intended. The Orders are meant to be arbitrary and divisive, to reinforce hierarchy and foment division and conflict. Pitting student against student and encouraging all school life to be seen through the prism of this conflict creates the perfect breeding ground for the kind of ruthless aristocrats Blackwater Academy seeks to churn out. And the solution comes not from playing the rigged game, but from defying it, from rejecting the arbitrary divisions the school has created and unifying in opposition.

So I knew I wanted It Ends in Fire to be a defiant critique. I also knew I wanted it to be queer. Thoroughly, unabashedly, joyfully queer. Alka is bisexual, romantically involved with both the charming rogue Prince Talyn and the mysterious brilliant Marlena. Her sister is lesbian; her friend Fyl is also bi; her close ally Tish is nonbinary. But it wasn’t enough to have a queer cast. I wanted queerness baked into the setting, hardcoded into the fabric of the world itself. My own experience of sexuality has been fluid, evolving, and I wanted to write a fantasy world where that was universally understood and accepted, where the very language used to talk about identity was steeped in this understanding. I wanted this to be a world where teens of all identities, and at all points in their journeys of self-discovery, could see themselves as heroes and feel at home. I wanted it to be the exact opposite of everything Rowling’s legacy has become. 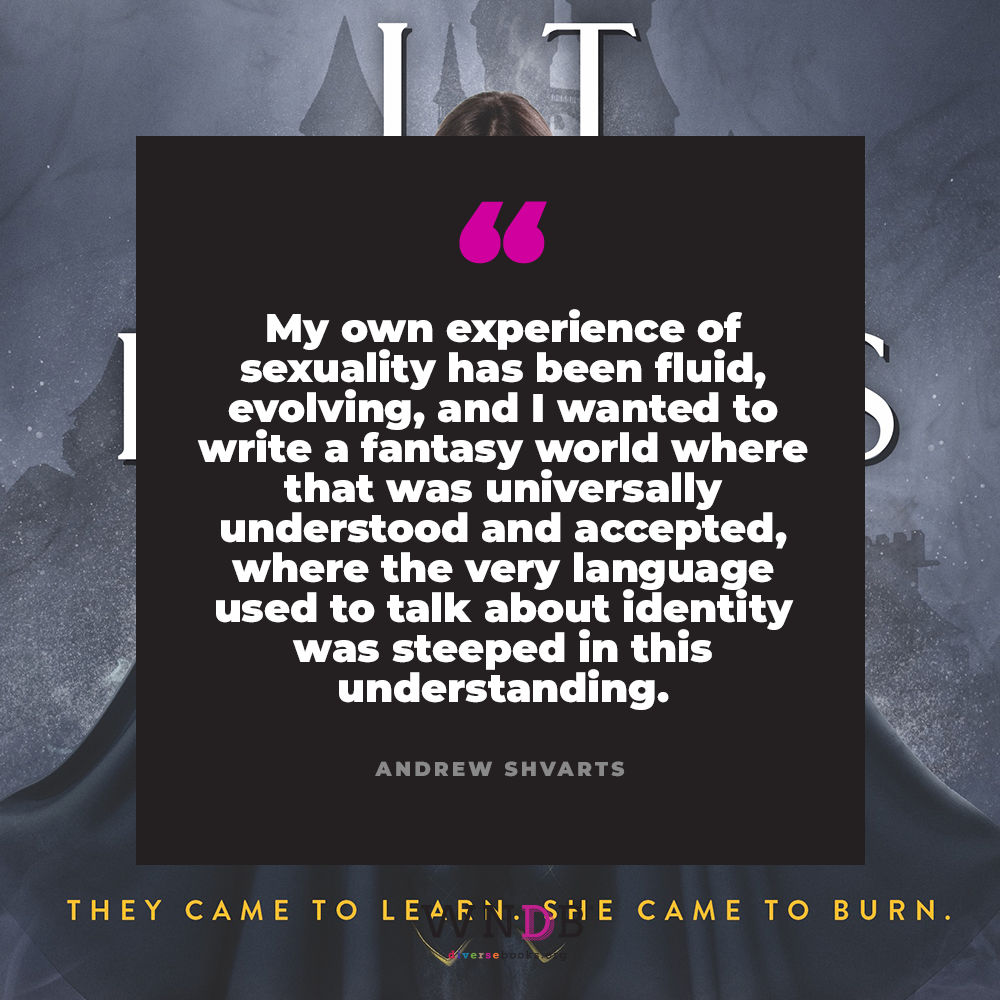 Other aspects of the worldbuilding came as a surprise even to me, discovered only as I wrote them. Over the course of the book, Alka finds a close ally in Professor Calfex, a shrewd thoughtful Wizard with her own agenda. The two bond over their heritage as Izachi, a marginalized religious group scattered across the world in a diaspora, practicing their faith in secret. For the Izach, I drew from my own Judaism, and particularly my parents’ experiences as Jews in Soviet academia, where antisemitism was omnipresent yet unspoken, where rigid walls of bigotry existed under the smiling veneer of equality.

I’ve always struggled with how ‘personal’ my writing can be; there is a part of me that uses genre as a shield, that finds comfort in hiding behind metaphor. But in creating the world of It Ends in Fire, in confronting the shadow I found hanging over me and challenging it, I was forced to push past that hesitancy, to write a book steeped in my experience, in my aspirations, in my anger and my hope. I’m heartened to see a wave of magic school books coming now from queer and BIPOC authors, books like The Grimoire of Grave Fates and The Marvellers, books that will reclaim the genre and refine it, shape it in a new image. My greatest joy is writing the triumph of the rebellious and the defiant over ancient institutions, in watching the new generations tear down the legacies that had seemed indomitable to carve brighter, better futures. Perhaps now, with this new wave of books, we can do the same.

Andrew Shvarts is the author of the Royal Bastards trilogy. He has a BA in English Literature and Russian from Vassar College. He works for Pixelberry Studios, making mobile games like High School Story, Choices, and more. Andrew lives in San Jose, California, with his wife, son, and two cats. He can be found online at www.andrewshvarts.com.

Previous Post: « Q&A With Erica Waters,The River Has Teeth
Next Post: Q&A With Leo Baker, Skate for Your Life »
Native writers: applications for the 2023 Native C