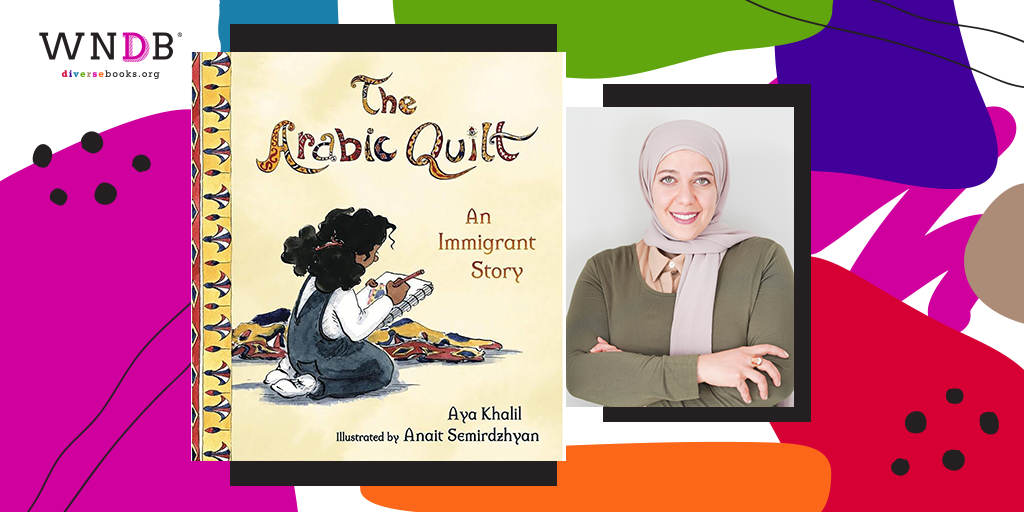 Being a mother has its own set of challenges. But being a Muslim and Arab mother can be even more challenging. I constantly worry about my children; of course, there’s the normal worries:

What if nobody wants to play with them on the playground?

What if they fail math?

What if my toddler isn’t hitting her milestones?

But then there are other thoughts constantly tugging at you, as a Muslim and Arab mother:

What if his classmate laughs at his name?

What if a teacher isn’t accommodating during Ramadan?

What if someone at the playground tells her to “go back home.”

I can imagine the look on her face, “My home is right across the street from the school, but we can’t go home during school,” she would probably say.

Excuse me, I don’t understand what you mean, a lady with a condescending tone looked at my mom, then at me, asking me to translate. This has happened numerous times growing up.

When I immigrated to the US when I was one and my brother was two, my parents found a balance between blending in yet holding on to their culture and faith. My mom spent two months with us in Egypt every summer. She enrolled us in Arabic classes, we took private Quran lessons, and were immersed in a culture that was slightly unfamiliar for us.

“Ha? Do you like Amreeka better or Umm ElDunia?” Well-meaning friends and relatives would ask us every single year. And every single time I would come up with a different answer, depending on my age.

“Amreeka because my friends are there.”

My mom made sure we visited our cousins, traveled with them, spent time with our only living grandmother at the time, who recently passed, and kept us happy and comfortable. Regardless of small inconveniences like the electricity going out every now and then or having vendors spike prices for us because of our “foreign accents,” nobody looked at us differently there. My mom didn’t have to worry about someone shouting at us in the streets telling us to go back where we came from or having to spell out and say our names slowly for people to understand.

Or worse, my mother didn’t have to worry about any of us getting attacked at the mosque. We didn’t worry about speaking Arabic in public or getting in trouble for doing so. We felt like we could be ourselves. My strong mother went back to see her family—back to her home, only to come back to the US after the summer and face the same struggles that I would soon face as a Muslim and Arab mother: Raising bilingual children, balancing school work and after school activities like Arabic, trying to figure out how we can fast during Ramadan at school. It was too much. And she did an incredible job raising four children who will forever be grateful for her hard work and sacrifice.

Mothers are held to a high status in Islam. Prophet Muhammad (peace be upon him) said that paradise lies under the mother’s feet. Mary, the mother of Jesus, is mentioned in the Quran seventy times. Once a man came and asked the prophet who is deserving of good treatment and he responded “your mother, your mother, your mother” then “your father.”

Many of my friends who are second-generation immigrants or who immigrated to the US when they were young like myself have had challenges growing up and trying to balance being an American and Muslim while also maintaining our culture. And throughout the years, it’s tough. It’s draining. You try your best to figure out which friends will help them thrive, which schools to choose: Islamic school, public school, virtual school, and which Quran and Arabic classes to take. I try to advocate for my kids when I can and encourage them to be unapologetic Muslims. Many immigrant parents simply didn’t know how to advocate for their children, some didn’t speak fluent English, or came from cultures where it was not okay to question administration or schools or give their input.

Growing up, I didn’t see myself in books until I was in high school. I am so glad my kids can easily access books with characters that look like them and relate to the struggles and victories that they face. In fact, there are several books out there where Muslim moms make an impact in the books, and are therefore celebrated. My own picture book, The Arabic Quilt, illustrated by Anait Semirdhzyan, has a strong mother who is trying her best to settle in America and packs her daughter, Kanzi, her favorite Egyptian meals like kofta and shurbet ads. But Kanzi doesn’t want her hearty, fragrant meals to stand out at school and eventually asks for a peanut butter and jelly sandwich to fit in.

Further, I recently announced a new picture book, The Night Before Eid, that celebrates three generations of Egyptian-American, including a mother and grandmother who bond over holiday traditions and baking. My whole life I’ve seen Muslims and Arab women being vilified, stereotyped, and exoticized. As a Muslim and Arab mother myself, I want my own kids to see themselves in books with positive portrayals, so I’m reclaiming my narrative and stories. I will continue to celebrate and recognize Arab mothers, Muslim mothers, BIPOC mothers whenever I can. I’m grateful for others this field who have paved the way.

Some of my favorite books with strong Muslim mother/grandmother characters are My Mommy’s Khimar, The Proudest Blue, Like The Moon Loves The Sky, Meet Yasmin, That Can Be Arranged, A Place at The Table, Amira’s Picture Day, Fatima’s Great Outdoors, Laila and the Sand of Times, and Little Seeds of Promise. 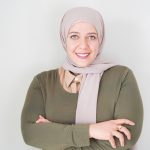 Aya Khalil holds a master’s degree in education and is a freelance journalist. Her debut picture book, THE ARABIC QUILT, has won numerous awards. Follow her on Instagram and Twitter..