To celebrate LGBT History Month, WNDB is excited to highlight 8 young adult and middle grade novels that feature LGBT characters! We’ve compiled this list in collaboration with It Gets Better, a nonprofit organization with a mission to “uplift, empower, and connect lesbian, gay, bisexual, transgender, and queer youth around the globe.” 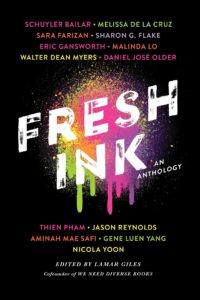 Thirteen of the most accomplished YA authors deliver a label-defying anthology that includes ten short stories, a graphic novel, and a one-act play from Walter Dean Myers never before in-print. This collection addresses topics like gentrification, acceptance, untimely death, coming out, and poverty and ranges in genre from contemporary realistic fiction to adventure and romance. It will inspire you to break conventions, bend the rules, and color outside the lines. All you need is fresh ink. 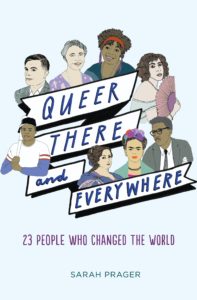 Queer, There, and Everywhere: 23 People Who Changed the World by Sarah Prager (Bonus materials available via It Gets Better)

Queer author and activist Sarah Prager delves deep into the lives of 23 people who fought, created, and loved on their own terms. From high-profile figures like Abraham Lincoln and Eleanor Roosevelt to the trailblazing gender-ambiguous Queen of Sweden and a bisexual blues singer who didn’t make it into your history books, these astonishing true stories uncover a rich queer heritage that encompasses every culture, in every era. 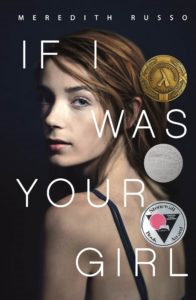 If I Was Your Girl by Meredith Russo

Amanda Hardy is the new girl in school. All she wants is to make friends and fit in. But Amanda is keeping a secret, and she’s determined not to get too close to anyone. But when she meets sweet, easygoing Grant, Amanda can’t help but start to let him into her life. As they spend more time together, she finds herself yearning to share with Grant everything about herself, including her past. But Amanda’s terrified that once she tells him the truth, he won’t be able to see past it. Because the secret that Amanda’s been keeping? It’s that at her old school, she used to be Andrew. Will the truth cost Amanda her new life, and her new love? 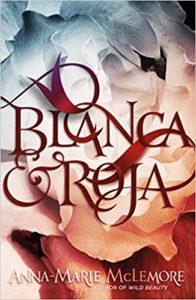 The del Cisne girls have never just been sisters; they’re also rivals, Blanca as obedient and graceful as Roja is vicious and manipulative. They know that, because of a generations-old spell, their family is bound to a bevy of swans deep in the woods. One day, the swans will pull them into a dangerous game that will leave one of them a girl, and trap the other in the body of a swan. But when two local boys become drawn into the game, the swans’ spell intertwines with the strange and unpredictable magic lacing the woods, and all four of their fates depend on facing truths that could either save or destroy them. 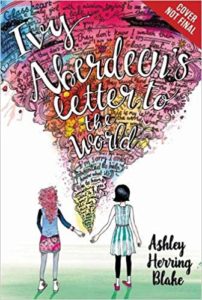 Ivy Aberdeen’s Letter to the World by Ashley Herring Blake

When a tornado rips through town, twelve-year-old Ivy Aberdeen’s house is destroyed and her family of five is displaced. Ivy feels invisible and ignored in the aftermath of the storm–and what’s worse, her notebook filled with secret drawings of girls holding hands has gone missing. Mysteriously, Ivy’s drawings begin to reappear in her locker with notes from someone telling her to open up about her identity. Ivy thinks–and hopes–that this someone might be her classmate, another girl for whom Ivy has begun to develop a crush. Will Ivy find the strength and courage to follow her true feelings? 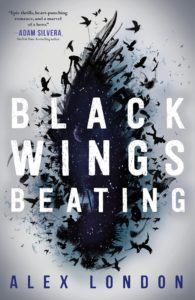 The people of Uztar have long looked to the sky with wonder. Nothing in their world is more revered than the birds of prey and no one more honored than the falconers who call them. Brysen strives to be a great falconer—while his twin sister, Kylee, wishes to be free of it. She’s nearly made it out, too, but a war is rolling toward their home. Together the twins must journey into the mountains to trap the Ghost Eagle, the greatest of the Uztari birds. Brysen goes for the boy he loves, and Kylee to protect her brother’s future. But both are hunted by those who seek one thing: power. 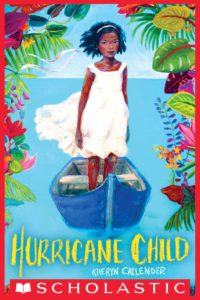 Caroline Murphy is a Hurricane Child. Being born during a hurricane is unlucky, and twelve-year-old Caroline has had her share of bad luck. She’s bullied by everyone in her small school on St. Thomas, a spirit only she can see won’t stop following her, and Caroline’s mother left home one day and never came back. But when a new student named Kalinda arrives, Caroline’s luck begins to turn around. Kalinda becomes Caroline’s only friend — and the person for whom Caroline has begun to develop a crush. Now, Caroline must find the strength to confront her feelings, brave the spirit stalking her, and face the reason her mother abandoned her. Together, Caroline and Kalinda must set out in a hurricane to find Caroline’s missing mother — before Caroline loses her forever. 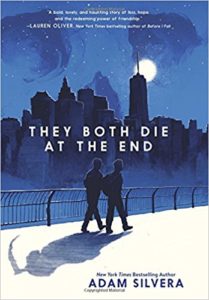 They Both Die At The End by Adam Silvera

On September 5, a little after midnight, Death-Cast calls Mateo Torrez and Rufus Emeterio to give them some bad news: They’re going to die today. Mateo and Rufus are total strangers, but, for different reasons, they’re both looking to make a new friend on their End Day. The good news: There’s an app for that. It’s called the Last Friend, and through it, Rufus and Mateo are about to meet up for one last great adventure—to live a lifetime in a single day.

Previous Post: « Q&A with Sharon Flake
Next Post: Cover Reveal for THE HERO NEXT DOOR! »
Applications are open for Literary Agents of Chang