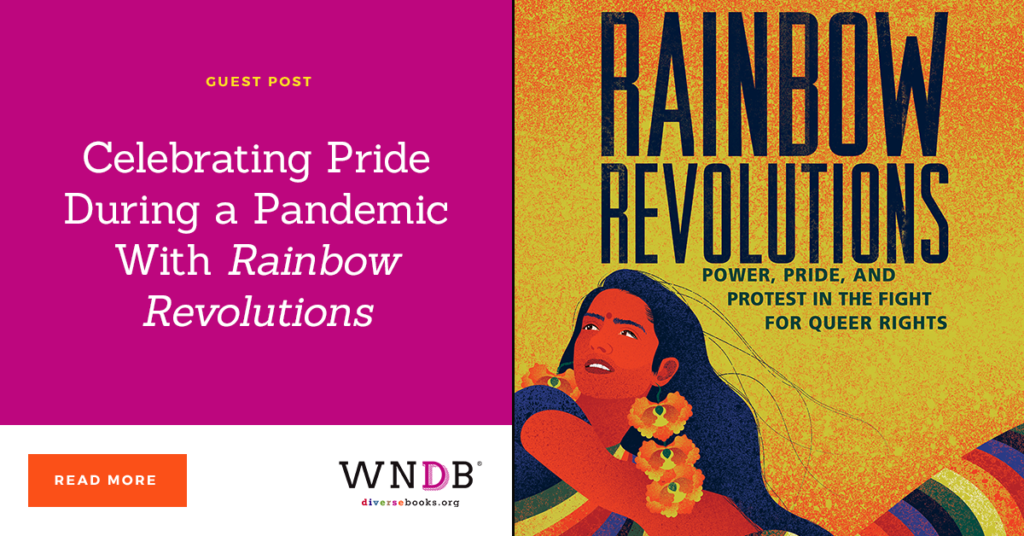 This is going to be a strange Pride month.

This is a strange time for a lot of people, of course. COVID-19 has forced changes to day to day life in ways that are challenging for many; but for queer people around the world, the canceling of Pride celebrations—amid restrictions placed on gathering outside—means the loss of a key component not only of our calendars but also of our modern political existence. Pride parades have become a way for the LGBTQ+ community not only to mark and remember its history but also to make itself visible. At Pride we come together en masse to celebrate and assert our own identity—and to claim space in a world that has often resisted making room for us.

The story I tell in Rainbow Revolutions: Power, Pride, and Protest in the Fight is about community and visibility—and about how queer people around the world learned that their liberation lay in stepping proudly into the light, and in resisting all attempts by wider, mainstream society to lock us away in the shadows. Those lessons continue to be extremely important today, perhaps now more than ever.

Modern Prides evolved out of local grassroots events that sprung up in various US cities to commemorate the Stonewall Riots of 1969, three days of civil unrest that erupted around New York’s Stonewall Inn in protest against mistreatment and harassment of the largely queer clientele at the hands of the police. The Stonewall riots themselves are a pivotal moment in queer history because they represent one of the first times the queer community had pushed back collectively against its oppression, and publicly gave up trying to fit into mainstream society in order to avoid persecution. The Stonewall riots are not the only event of their kind in queer history. In 1966, a riot had broken out around Compton’s Cafeteria in San Fransisco, as the trans community there fought back against police oppression. Australia’s Mardi Gras commemorates and marks Sydney’s own pushback against police violence in 1978. Stonewall has become a focus for commemoration because it involved so many different sections of the wider queer community—trans people, lesbians, bi and gay people—shouting together as a single voice, pushing back against a wider culture that sought to sweep them away and lock them in the closet forever.

Not being able to celebrate Pride, then, can feel very much like stepping back into the closet. Many young queers are currently being forced by the pandemic into living, however temporarily, with family members who may not know about their queerness or accept it if they did. In more ways than one, then, the lockdown has closeted our community again.

In a world where we cannot physically come together to be proud, and fierce, and fabulous for all the world to see, it is vital that we connect to and remember our shared history. History connects our community together and anchors us in the world. It gives us a collective strength to draw from and teaches us that we should respect and honor the differences between ourselves as queer people. It is a sad fact that Pride doesn’t always mean togetherness for everyone. Within the queer community, just as outside it, some voices are louder than others, and people can feel marginalized and left out of a movement that to no small extent owes its existence to them. Many Pride events are inaccessible to the disability community. For trans and queer people of color, modern Pride festivals can feel very exclusive—and in a world where trans rights are especially under attack, that’s a sad thing, and we need to address it as a community.

For all of these reasons, it is important to remember and connect to queer history, and to mark Pride in whatever way we can. Keep those rainbows flying!

Happy Pride month to you all. 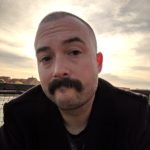 Jamie Lawson was born in London, UK, in 1979 but moved away as soon as he could do and can currently be found based in the Anthropology and Archaeology Department at the University of Bristol, where he lectures students on all sorts of aspects of anthropology, and causes as much trouble as he can in the name of queer rights. As an academic, his research focuses on LGBTQ+ communities and their socio-history. As a human he is passionate about anthropology, queer liberation, and the importance of queer history. Rainbow Revolutions is his first book.