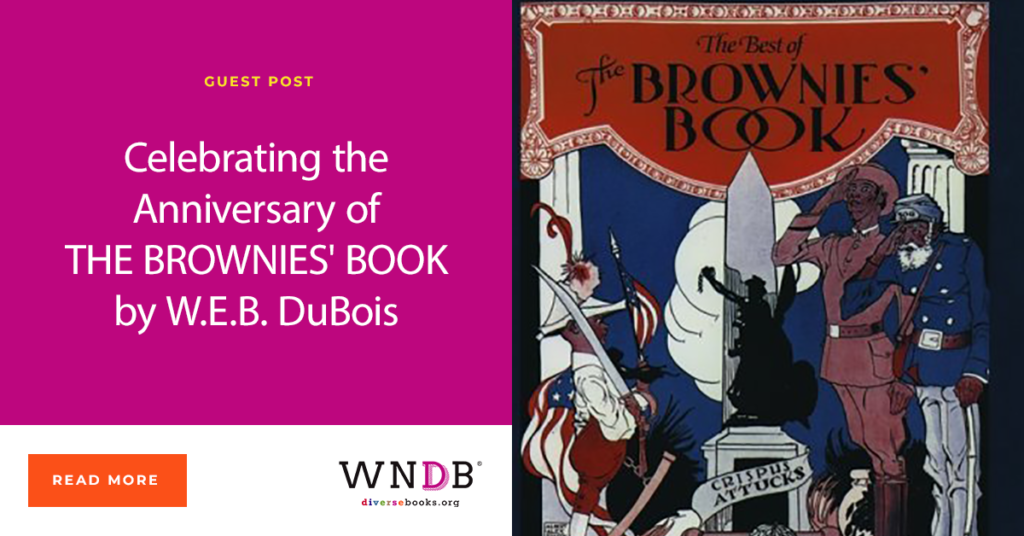 When W.E.B. DuBois, Augustus Dill, and Jessie Fauset published the Brownies’ Book (TBB) magazine in 1920, they blazed a trail and created a legacy that today, 100 years later, is only now being actualized. In the periodical’s short run that produced a mere 24 issues over two years (January 1920 through December 1921), the black children’s magazine by and for people of color distinguished itself to become an archetype of culturally relevant literature. In the year of the Brownies’ Books centennial, we take the time to remember this literacy artifact’s historic attributes, which are more relevant today than ever.

DuBois’ vision to create a tome for, “all children, but especially for ours, the Children of the Sun,” emerged from the popularity of the Children’s Number, the kids’ edition of the National Association for the Advancement of Colored People’s longstanding magazine, The Crisis. The Brownies’ Book was the spin-off publication that employed the latest technology and the mechanism of literacy—i.e., the reading and writing of content, applied by, for, and about children of color aged six to sixteen—to reinforce the leading and transformative theory of the day.

Alain Locke’s theory of the “New Negro” in 1925 sought to project a modern and international idea of Black citizenry and culture, one that challenged stereotypic and denigrating images and representations of blacks that were common to the Selective Tradition literature typical of the Jim Crow-era racial caste system. At a time when lynching was commonplace, the “New Negro” movement was intended to humanize and dignify a class of people who were increasingly being denied their human rights, civil liberties, and basic right to live. With the Brownies’ Book, DuBois and his editorial and publishing team sought to contribute to the movement’s humanizing effort while helping children to find solace from their oppressive status, beauty in their culture and communities, and value in their voices and lived experiences.

Popular culture of the day purveyed images of black children as illiterate pickaninnies and grotesque golliwogs (rag dolls). To counter, the Brownies’ Book offered sections like “The Jury,” featuring readers’ own written letters to the editor; and “Our Little Friends,” consisting of tintype photos of real children and their siblings. Submissions came from kids around the globe.

Literacy as a mechanism

In the 1900s, magazines were the predominant medium; however, the Brownies’ Book was distinct in that it utilized multi-model literacy, culturally relevant pedagogy/literature, and content by and for Black people to inform, educate, and unify.

Culturally Relevant Pedagogy and Literature is a literacy learning approach that engages the way children learn in their home environments to propel children’s learning in an academic setting. Its three core tenants include elevating students of color’s existing knowledge and home-grown ways of learning in which students 1. Are scholastically successful, able to use literacy practices to communicate within a wide range of in and out-of-school contexts, 2. Develop and/or maintain their cultural competence and collaborate to utilize their existing cultural practices, traditions, and experiences as “funds of knowledge” and “ways of knowing,” and 3. Build a socio-critical consciousness that enables them to be critical of the world, in order to challenge the status quo and foster social justice.

Each of these tenets is exemplified in the Brownies’ Book, and thereby qualify the publication as one of the theory’s and literary practice’s earliest exemplars. Identifying the players in its orchestration on all fronts, including its editors, publishers, written and visual content submitters, qualify the periodical as a quintessential text. This was possible because Black literacy rates had nearly doubled over the previous century to reach thirty percent, to usher in a time that many considered a “Golden Age” in African American education. Literacy was essential and Black Americans were reading.

But the landmark case of Plessey v. Ferguson was changing things. Many of the educational gains made were up-ended in the U.S. Supreme Court decision that had ushered in Jim Crow and established “separate was equal” years prior to the introduction of The Brownies’ Book. Just as the magazine was a form of resistance to lynching practices, it also represented the African American community’s effort to hold onto education, reading, and literacy gains that were increasingly being suppressed. This continued until 1954, when Chief Justice Earl Warren noted that segregation had no place in public education in the U.S. Supreme Court case, Brown v. Board of Education.

Following that decision, educators and education advocates began the slow but steady beat to address education disparities. In 1965, Nancy Larrick noted in her essay, The All White World of Children’s Books that “6,340,000 non-white children [were] learning to read and to understand the American way of life in books which either omit them entirely or scarcely mention them.”  Since that time there have been improvements, as Rudine Sims Bishop conceded in 1990 in her groundbreaking essay Mirrors, Windows, and Sliding Doors.

But far more needs to be done to effect change, which according to 2019 statistics that quantified by race, showed fourth-grade readers who scored below average in reading as follows: Asian & Pacific Islanders—45 percent; African American/Black—82 percent; Native American—80 percent;  Latinx—77 percent; Two or more races—60 percent; and White—56 percent. These figures mean that children who are reading at- or above literacy levels in fourth grade totaled only about 18% for the time specified.

Looking back, they were socio-economic pressures that eroded the magazine’s subscriber base and ultimately led to the publication’s short life span. However, the publication’s educational merits were undeniable.  Then as now, calls for similar content resound and reverberate through literacy discourse, with educators, researchers and practitioners all clamoring for similar and more of the culturally relevant pedagogy and content of the type first made popular in the pages of this magazine. In 2018, the Cooperative Children’s Book Center, a monitor of content in diversity books space noted that of the three thousand books published in the year, half of the titles featured white main characters, more than a quarter included books in which anthropomorphized animals and fantasy characters were central to the text. The balance of books characters was broken out as follows: African American characters accounted for 10 percent; Asian/Pacific Islander Characters were 7 percent; Latinx were 5 percent; and American and First Nations rounded out the final 1 percent. With these low and long-standing levels of diversity representation, it is no wonder, readers are calling for change, looking for options.

In this way, the Brownies’ Book again provides a compelling model for change, inasmuch as it adds to its attributes the distinction of being a self-published work when defined as the work of a writer(s) who publishes at their own expense.  Increasingly, entrepreneurial individuals restless and hungry for new narratives are taking ownership of their own literate lives, and telling their stories. Like the technology that drove the Brownies’ Book, DuBois’ and his team, writers today are empowered by technologies that put resources at their disposal to publishing.

From production, design, distribution, and marketing, self-publishing cuts out publishing’s gatekeepers and middlemen, providing easy access options for any who endeavor to create. Increasingly, data shows that more and more are interested in doing.

Self-publishing as an answer

According to Bowker, LLC, the company that issues International Standard Book Numbers (ISBN), the unique numeric commercial book identifiers issued to each and every book, the annual total ISBNs issued has increased by 156 percent between 2012 (394,132) and 2017 (1,009,188). This upward trend has since continued, with 2019 showing a 40 percent increase from the previous year. This is an indicator that more and more authors are looking to effect meaningful change where stagnation in commercial contexts remains a method of control. For all of these reasons and some 100 years after the Brownies’ Book historic run, it is clear that along with measures of culturally relevant pedagogy and literature and self-publishing, the Brownies’ Book offers a blueprint and is the kind of multi-model, literacy game-changer that is needed today and into the next hundred years. 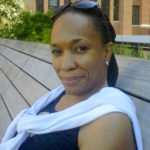 Valerie L. Williams-Sanchez is a doctoral student of Literacy in the School of Education at St. John’s University, New York City. Her research and writings focus on culturally relevant content; multimodal learning; and access, equity, and inclusion for emergent readers of color. Valerie earned her Master’s of Science in Journalism from Columbia University and Bachelor of Arts in English Literature with an emphasis on African American Literature from the University of California, Berkeley. Ms. Williams-Sanchez studied Spanish language and cultural history at the Universidad de Salamanca and was an undergraduate teacher at Berkeley High School’s East Campus, part of UC Berkeley’s Break the Cycle educational program for at-risk youth. She has developed adult literacy programs for immigrant parents in her native Southern California and projects and programs for residential therapeutic group homes for at-risk teenaged girls. She has also taught at-risk boys in grades K-12 at the Greenburgh Eleven Union Free School District in Dobbs Ferry, New York.

Previous Post: « How to Engage Children in Accessible At-Home Learning
Next Post: Writing Responsibly About Mental Health and Suicide in Children’s Fiction »
Congratulations to the 2023 #ALAYMA winners and ho