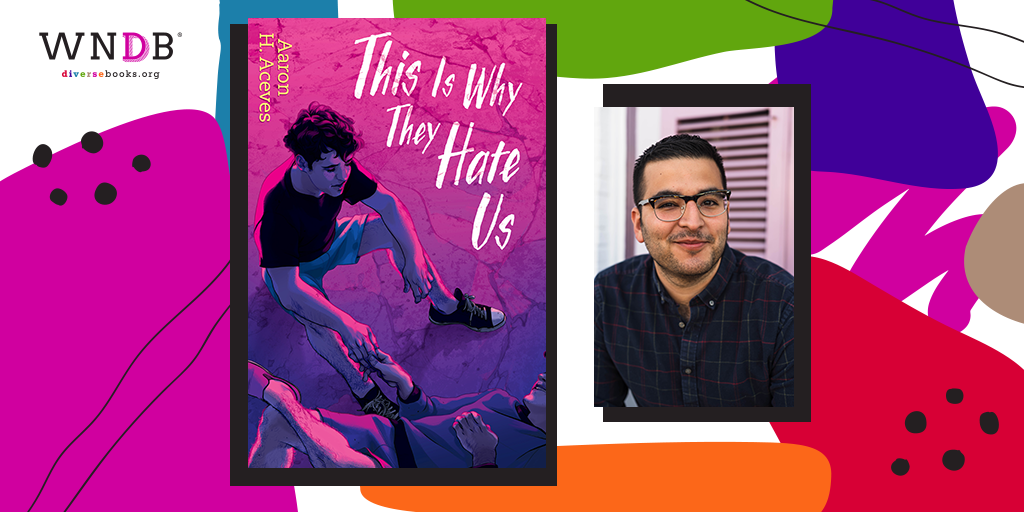 Today we are thrilled to reveal the cover and annotated playlist for This Is Why They Hate Us by Aaron H. Aceves. The cover art was illustrated by Goñi Montes and the book was designed by Laurent Linn. The book will be released on March 29, 2022, by Simon & Schuster Books for Young Readers.

Enrique “Quique” Luna has one goal this summer—get over his crush on Saleem Kanazi by pursuing his other romantic prospects. Never mind that he’s only out to his best friend, Fabiola. Never mind that he has absolutely zero game. And definitely forget the fact that good and kind and, not to mention, beautiful Saleem is leaving L.A. for the summer to meet a girl his parents are trying to set him up with.

Luckily, Quique’s prospects are each intriguing in their own ways. There’s stoner-jock Tyler Montana, who might be just as interested in Fabiola as he is in Quique; straight-laced senior class president, Ziggy Jackson; and Manny Zuniga, who keeps looking at Quique like he’s carne asada fresh off the grill. With all these choices, Quique is sure to forget about Saleem in no time.

But as the summer heats up and his deep-seated fears and anxieties boil over, Quique soon realizes that getting over one guy by getting under a bunch of others may not have been the best laid plan and living his truth can come at a high cost. 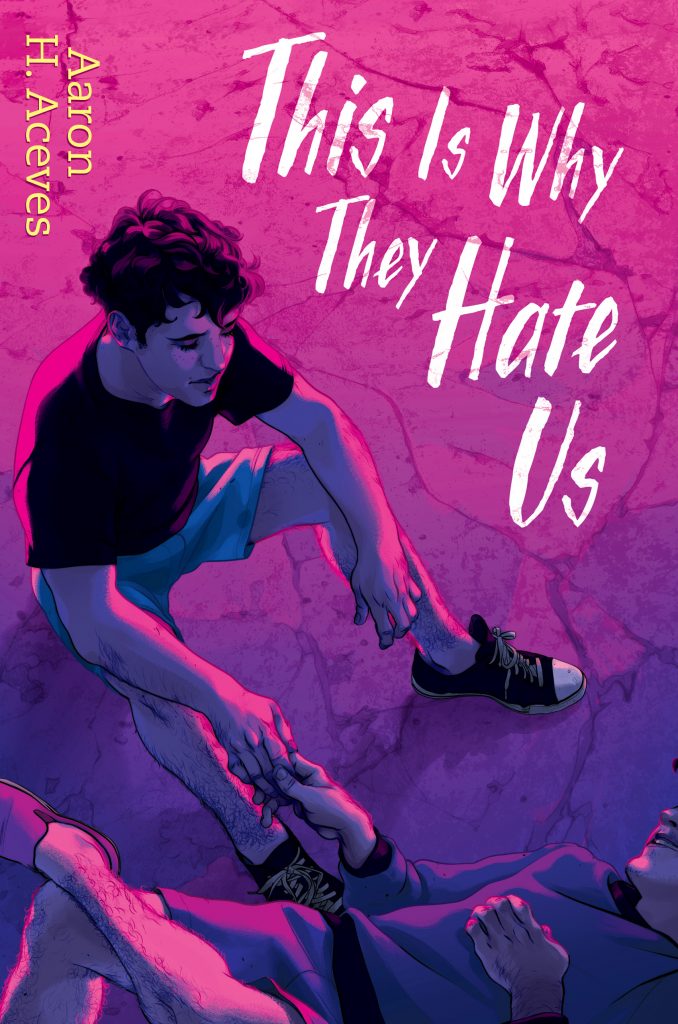 Below you will find Aaron H. Aceves’ notes on the official This Is Why They Hate Us playlist, which can be found on Spotify here.

This song is the official anthem of This Is Why They Hate Us. The most important motifs in the book (and therefore this playlist) are summer and water, which makes “SWIM” the perfect playlist opener. I also love how it reminds me of “Kiss Me” by Sixpence None the Richer but performed by a Hip-Hop group with a queer founding member.

I can’t begin to explain how important Frank is to me as a cultural figure, as an artist, as my hypothetical husband, so I’m just going to talk about the song. We have the yearning, which is pretty much the thing you do most as a queer teen. We have one of the most memorable lines on Blonde (“I’ll be the boyfriend in your wet dreams tonight”). And we have, of course, a pool reference.

The entire Bloom album was a huge influence on TIWTHU, but I had to go with this song in particular because of, you guessed it, the line, “We’re laying by the poolside, getting tired from the sun.”

I remember discovering this song on Tumblr and not being able to shake it. Despite not knowing at all what it was about, I was immediately captivated by its mood. It helped that Mashrou’ Leila’s lead singer Hamed Sinno is an incredibly handsome queer man of color. This song is actually referenced in the book as one of Saleem’s favorites. The boy’s got taste.

I loved, absolutely loved, Neon Trees in high school. Tyler Glenn’s solo album, Excommunication, is so, so good, and “Black Light” is a particular favorite. While the lyrics of the song can point to any one of Enrique’s prospects, I think he’d dedicate this song to none other than Ziggy Jackson. You can read their scenes together (on March 29, 2022) and see what I mean.

This song was the last one added to the playlist (giving us one song for every year of Enrique’s life) because it was released most recently, and it just makes me really happy to have another song on here by a QMOC. It’s also really fitting because Quique reads Call Me By Your Name in TIWTHU and can definitely relate to being attracted to guys he envies. I’d say he associates this song with his fellow Chicano crush Manny Zuniga.

I could go on forever about how Moses’s voice and words have a tight grip on some painful nerve of my heart. I purposely picked “Polly” because its main metaphor is the ocean, and since Moses once confirmed on Twitter that the title is a reference to falling for a white man, I thought Quique must have listened to it on repeat after his Experience with prospect Tyler Montana.

I tried to make every song on this playlist sung by a queer artist or band with a queer member (or members). I’m glad I was able to sneak Normani on here because I’m in love with her. Also, this song perfectly describes Enrique’s situation. He’s “dancing” with his prospects only because he’s scared of his feelings for Saleem.

Fun fact: Tinashe and I were born on the same day. As in, same day and same year. Naturally, I see a lot of myself in her music. “Know Better” is about wanting someone badly but knowing you shouldn’t go for it. Sound familiar? This is also the first song in a series of four that are sung by WLW. Enrique’s best friend Fabiola is bi and plays a huge role in the book, as does her burgeoning romance with her crush, Molly Pham.

The bass line on this song, God. It sounds like something Fabiola or Molly might play to… set the mood.

Halsey is bi. “Young God” mentions a pool. Can I make it any more obvious? I also love that in this song, we’re specifically “at the bottom” of a swimming pool.

Again, this is for my main girls Fabiola and Molly. I imagine they danced to this at one of Molly’s legendary parties.

Saleem inherited an “adorably stupid ability to mishear song lyrics” from me. I thought one of the lines in this song was “I wish a mother bear would find me.” He heard the same thing. Also, finding out Billy Joel Armstrong was bi was a pivotal moment for me as a young, closeted dude.

It should come as no surprise that the only tracks on this playlist not sung by at least one queer artist are sung by Beyoncé and Mariah Carey. “Baby Boy” is another song that Saleem butchers in his head. This time he thinks the words are “Tortilla, tortilla” instead of “Dutty yeah, dutty yeah.” Also, this is just Beyoncé’s best song, isn’t it?

This song is specifically referenced in TIWTHU. Quique learns about it much the same way I did: from his best friend. Rita is an unabashedly queer Dominican artist, and Fabiola’s a huge fan. I guess all of my book children have taste.

It might be slightly anachronistic for Quique to reference this song at one point in the novel, but something tells me he probably heard his mom singing it in the shower all the time when he was a kid. It’s so weird to think I’m closer to her age than Quique’s…

God, I love MUNA. They make some incredibly lit and incredibly depressing yearning songs, but I wanted to cap this playlist off with hope, with a dance party. This song has kind of become an unofficial queer anthem (it was used in an episode of MTV’s sexually fluid season of Are You the One and the trailer for Netflix’s Tales of the City), and it never fails to make me emotional. Books have often been a place for me to go and feel seen and safe. I hope that when people read This Is Why They Hate Us it provides that same comfort. 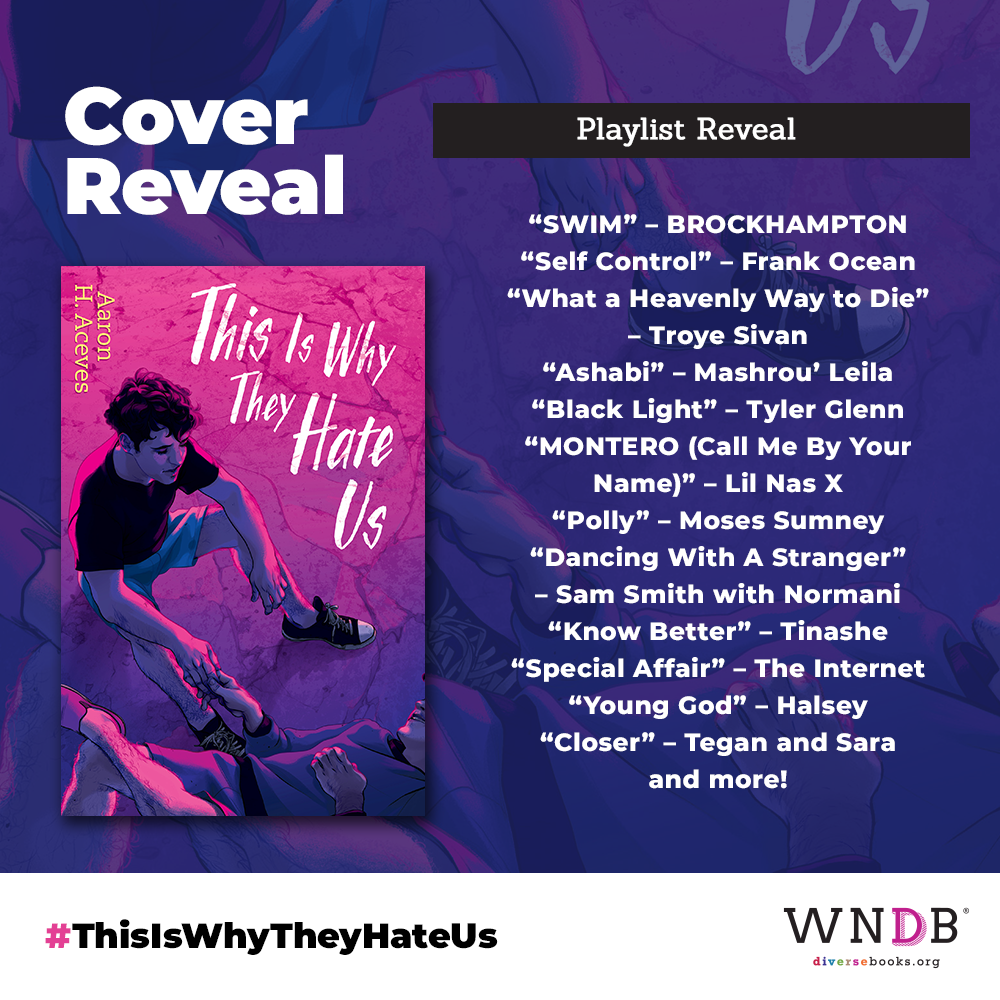 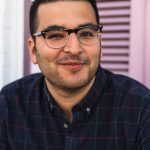 Aaron H. Aceves is a bisexual, Mexican-American writer born and raised in East L.A. He graduated from Harvard College and received his MFA from Columbia University. His fiction has appeared in or is forthcoming from jmww, Epiphany, and Them. He currently lives in New York City and can be found on Twitter (@aaronhaceves) and Instagram (@aaronaceves). This Is Why They Hate Us is his first novel.