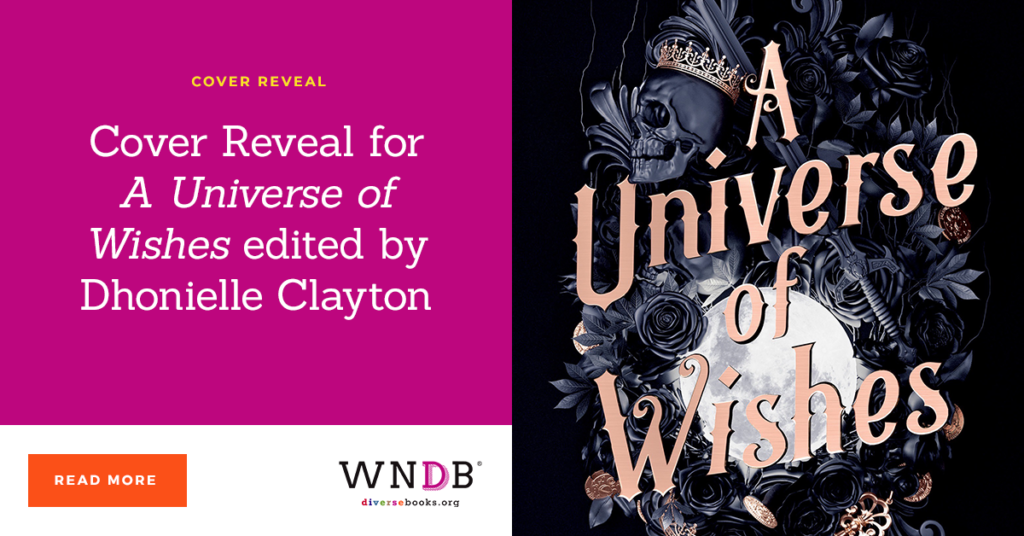 Today we are thrilled to reveal the cover for A Universe of Wishes edited by Dhonielle Clayton. The book will be released on January 5, 2021, by Crown Books for Young Readers. Preorder here! 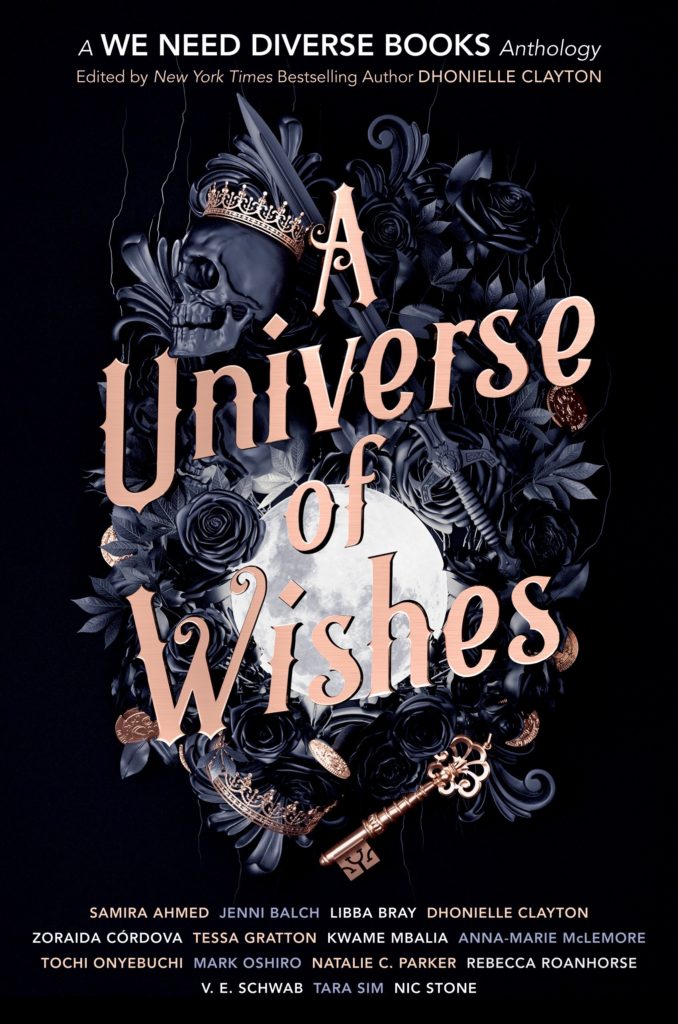 In the fourth collaboration with We Need Diverse Books, fifteen award-winning and celebrated diverse authors deliver stories about a princess without need of a prince, a monster long misunderstood, memories that vanish with a spell, and voices that refuse to stay silent in the face of injustice. This powerful and inclusive collection contains a universe of wishes for a braver and more beautiful world. 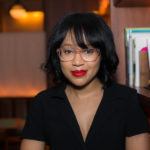 Born and raised in the suburbs of Washington, D.C., Dhonielle Clayton spent much of her childhood hiding beneath her grandmother’s dining table with a stack of books. As an English teacher at a ballet academy, Clayton rediscovered her passion for children’s and young adult literature. To ground herself in the canon, she pursued her Masters in Children’s Literature from Hollins University before receiving her MFA in Writing for Children at the New School. She is a former middle school librarian, where she pestered children to read and curated a diverse collection. An avid traveler, Dhonielle’s lived in several foreign countries, but she’s now settled in Harlem, where you’ll find her writing late into the night, lurking in libraries, and hunting for the best slice of New York pizza. She is the COO of We Need Diverse Books and the co-founder of Cake Literary. The co-author of the dance dramas Tiny Pretty Things and Shiny Broken Pieces, as well as the upcoming Rumor Game, Dhonielle is the author of the New York Times bestselling YA fantasy series The Belles. Find her on the web at DhonielleClayton.com or on Twitter @brownbookworm.