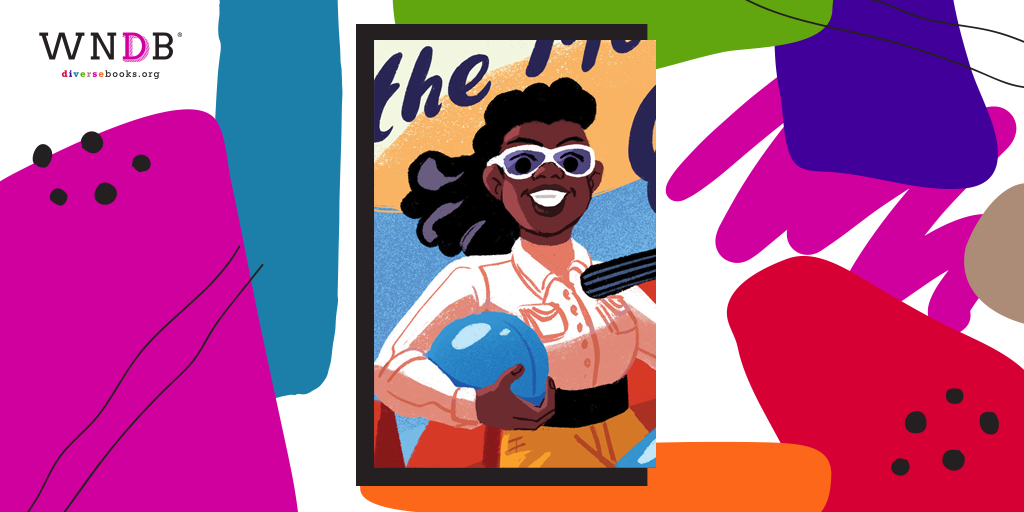 Today we’re excited to reveal the cover for Bessie the Motorcycle Queen by Charles R. Smith, illustrated by Charlot Kristensen! The art direction/design is by Brian LaRossa, and the book interior was designed by Sarah Dvojack. The book will be released on September 20, 2022 by Scholastic. Preorder it here or here.

The folks they lined up to meet the Motorcycle Queen, seated sidesaddle on her motorbike machine.

In 1929, 18-year-old Bessie Stringfield hopped on her motorcycle and headed out on an adventure, an unusual choice for a young Black woman at the time. Paying her way by winning motorcycle races, she criss-crossed the country through small towns, big cities, and wide open spaces.

But not everyone was happy to see Bessie’s brown face peeking out from underneath her helmet. And more than once, Bessie found herself making some quick exits on the back of her bike to escape Jim Crow. A trailblazer in the world of women’s racing and motorcycling, Bessie Stringfield was a figure who will inspire all children to pursue their dreams.

From the first line, award-winning author Charles R. Smith Jr.’s poetry evokes emotion, excitement, fear, and wonder in equal measures. Charlot Kristensen portrays Bessie and the American landscape with vivid imagery that is sure to capture the attention of young readers.

A much-needed story about a Black woman who paved the way for future generations, for fans of The Undefeated by Kwame Alexander and Kadir Nelson and My Papi Has a Motorcycle by Isabel Quintero and Zeke Peña. 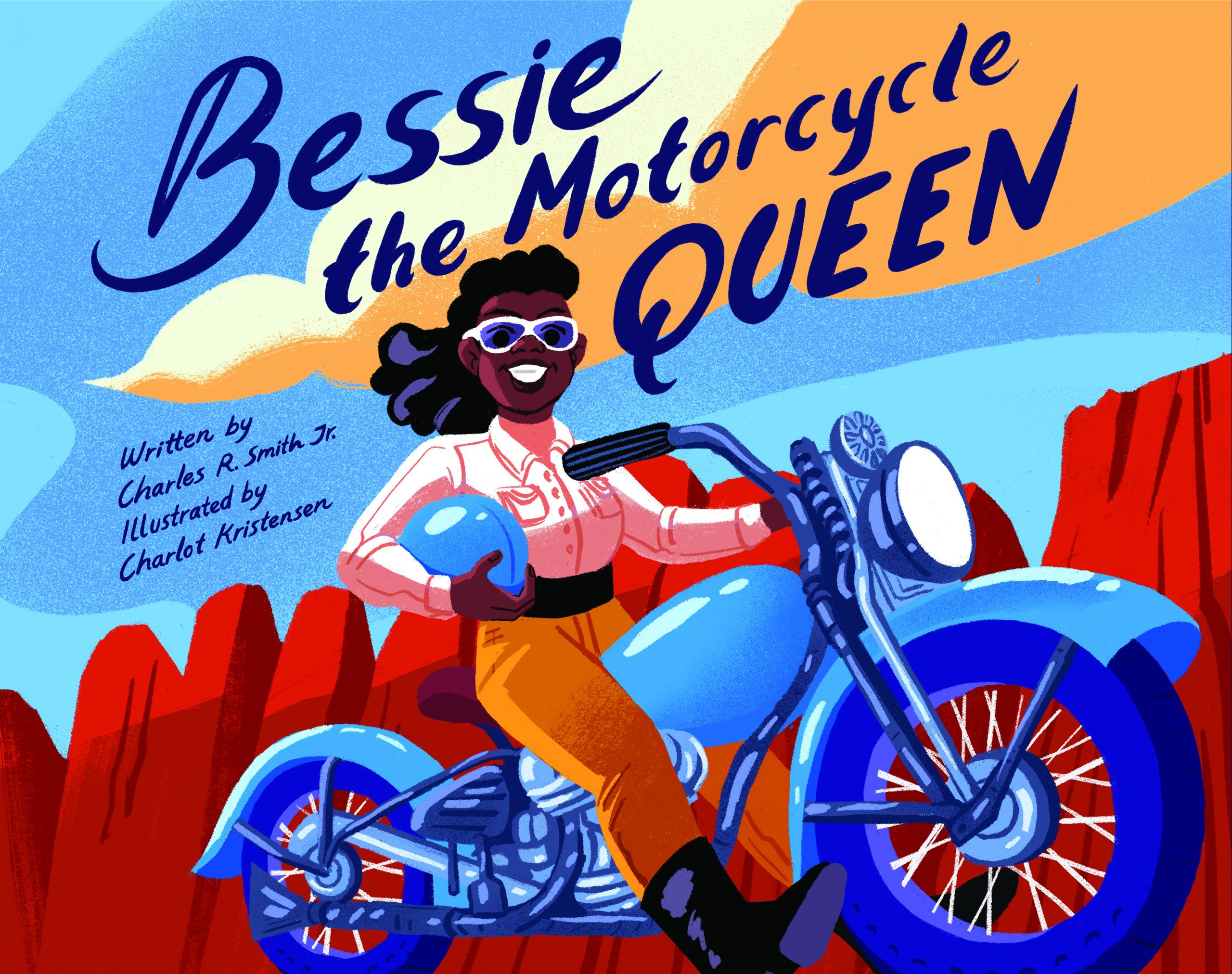 Charles R. Smith Jr. is an award-winning author, photographer, and poet with over thirty books to his credit. His awards include a Coretta Scott King Award for Illustration (2010) for his photographs accompanying the Langston Hughes poem, My People, and a Coretta Scott King Honor Author Award (2008) for his biography on Muhammed Ali, Twelve Rounds to Glory. Many of his books have also garnered reluctant reader awards, proving that kids that don’t like to read do like to read his books. You can find him at charlesrsmithjr.com.

Charlot Kristensen is a Dublin based illustrator, designer, and book author. As a Black artist she often depicts underrepresented characters in empowering ways to help change their narratives. Some of her most renowned clients include HuffPost, Google, Scholastic, Penguin Random House, and the New York Times. You can find her at carlotk.myportfolio.com.

Previous Post: « Q&A With Akshaya Raman, The Ivory Key
Next Post: Q&A With The Alphabet Rockers and Ashley Evans, You Are Not Alone »