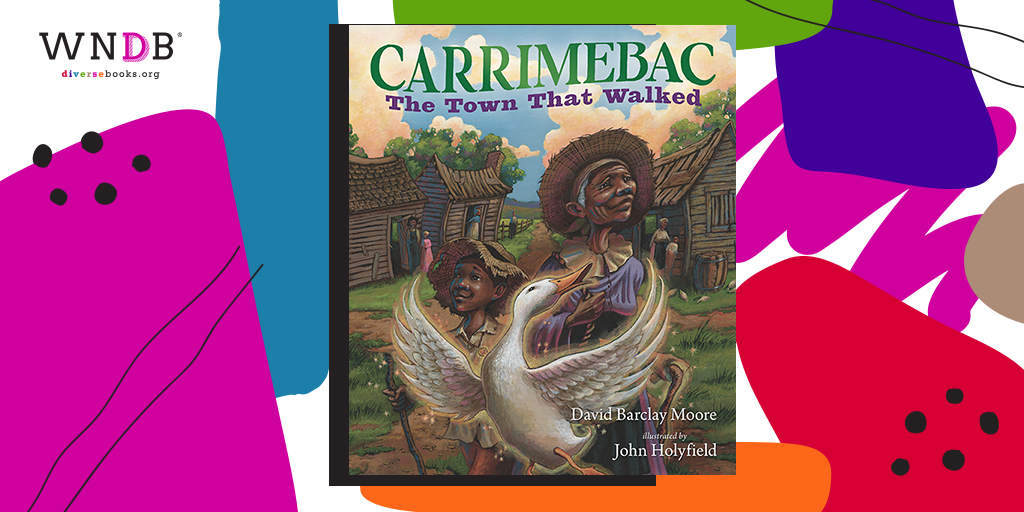 A stunning feat of original storytelling from the recipient of the 2018 John Steptoe New Talent Author Award.

In a boldly transportive original tale, David Barclay Moore infuses history with wry folk wisdom, metaphorical power, and a splash of magic. The Civil War may be over, but times are not substantially improved for the freed Black citizens of Walkerton, Georgia, who are shunned by the white folks of the surrounding towns. One day, though, ol’ Rootilla Redgums and her grandson, Julius Jefferson, arrive. Rootilla teaches the citizens of Walkerton how to make all sorts of beautiful things, and the white people can’t get enough. But some aren’t so happy. When a hooded mob threatens to burn down the town, Julius and Rootilla must work wonders to protect Walkerton and its people—even if it means moving heaven and earth itself. With exquisite cinematic illustrations by John Holyfield and a generous trim size, this portrait of Black endurance draws on the rhythms and traditions of African American storytelling to open a powerful window into the past. 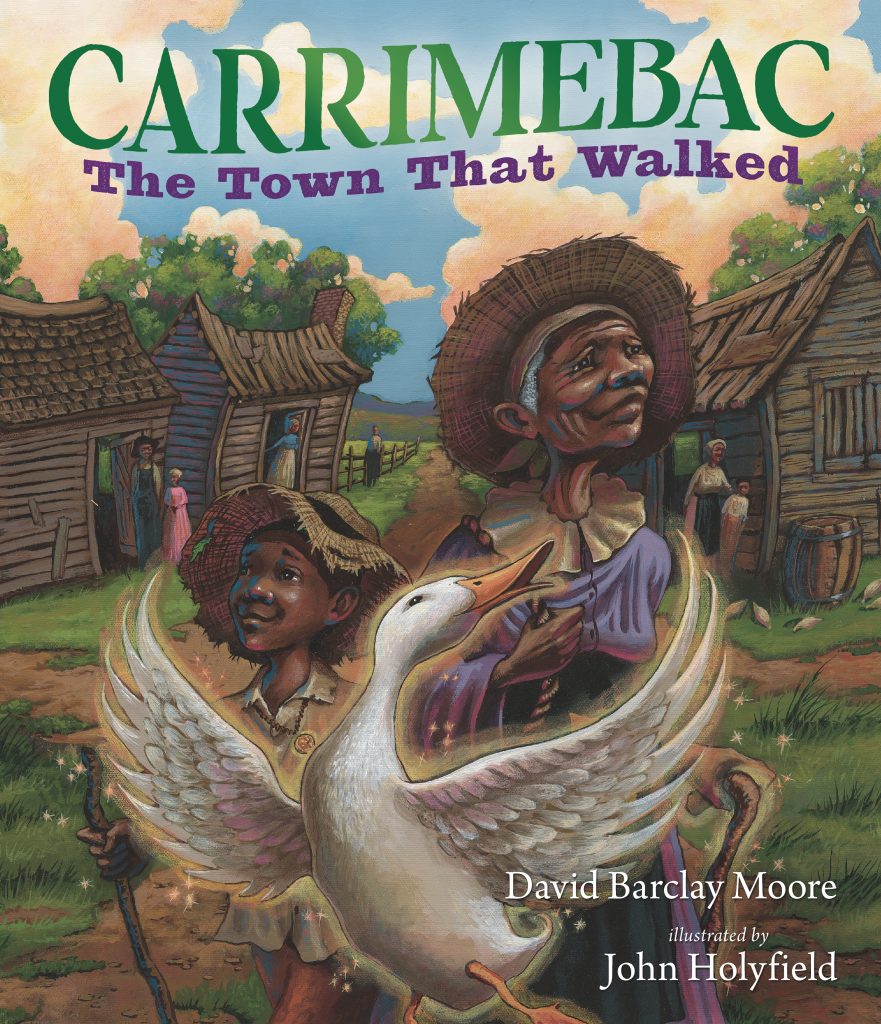 From the author David Barclay Moore: “Oftentimes,” wrote race relations anthropologist John Dollard, “just to go away is one of the most aggressive things that another person can do.”

The magical townsfolk of Carrimebac conjured themselves from my imagination and simply would not let me go. Their story grew partly from my love of folklore, fairytales, and mythology and also from my curiosity in all-Black communities that sprang up in the Americas during and after slavery.

In particular, the real-life history of the Dorchester Academy in Liberty County, Georgia provided some inspiration for Carrimebac’s setting. The Dorchester community educated freedpeople after the Civil War’s end. During this period in Georgia, under the white governing Redeemers, Blacks had diminished access to vote, were lynched at soaring rates, and were murdered for acts as simple as skipping rocks across someone else’s lake or pilfering a duck.

Against this backdrop, the protagonists of my story, ol’ Rootilla Redgums and her peculiar grandson Julius, are refugees of a sort. And they and their fellow citizens of Walkerton, Georgia, are soon challenged. But like any one of us facing a challenge, they learn we must all use our imaginations—our own special magic—to decide the best way to confront it.

I hope my original folktale excites the imaginations of children everywhere, that they may see our world differently.

David Barclay Moore is an author and filmmaker. His debut novel, The Stars Beneath Our Feet, was a 2018 Coretta Scott King -John Steptoe New Talent Award winner, a Time Magazine Top 10 Children’s Book of the Year and a New York Times Notable Book. Born and raised in Missouri, David now lives, works and explores in Brooklyn, New York. Follow him on social media at @dbarclaymoore or visit him online at www.davidbarclaymoore.com.

Previous Post: « Q&A With Raquel Vasquez Gillilan, How Moon Fuentez Fell in Love with the Universe
Next Post: Cover Reveal for Different Kinds of Fruit by Kyle Lukoff »
WNDB is pleased to announce our 2022 mentees! Thes