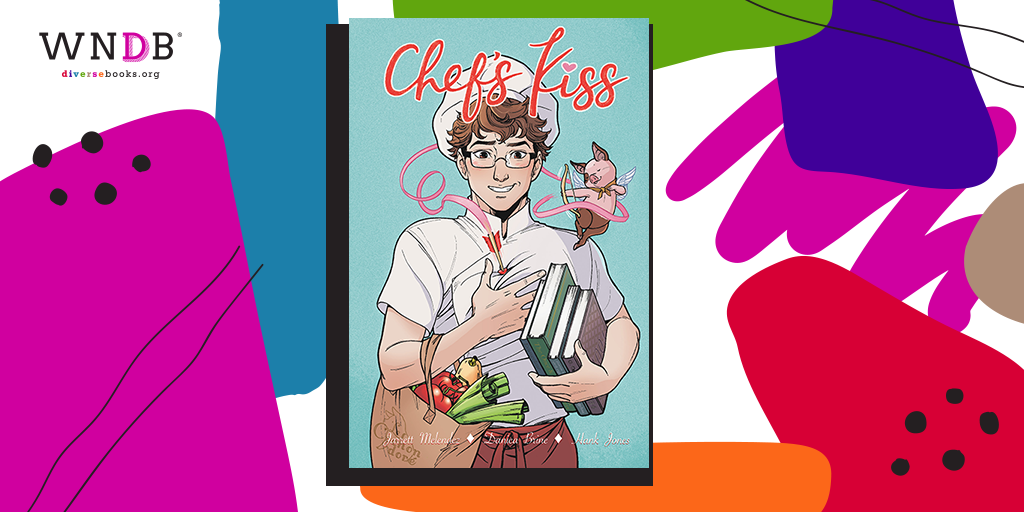 Today we are thrilled to reveal the cover for Chef’s Kiss by Jarrett Melendez, illustrated by Danica Brine, colored by Hank Jones, and lettered by Hassan Otsmane-Elhaou. The cover art was illustrated by Danica Brine with color by Hank Jones, and lettering by Hassan Otsmane-Elhaou. The book was edited by Grace Scheipeter and designed by Sarah Rockwell. The book will be released on March 2, 2022, by Oni Press.

Now that college is over, English graduate Ben Cook is on the job hunt looking for something…anything…related to his passion for reading and writing. But interview after interview, hiring committee after hiring committee, Ben soon learns getting the dream job won’t be as easy as he thought. Proofreading? Journalism? Copywriting? Not enough experience. It turns out he doesn’t even have enough experience to be a garbage collector! But when Ben stumbles upon a “Now Hiring—No Experience Necessary” sign outside a restaurant, he jumps at the chance to land his first job. Plus, he can keep looking for a writing job in the meantime. He’s actually not so bad in the kitchen, but he will have to pass a series of cooking tests to prove he’s got the culinary skills to stay on full-time. But it’s only temporary…right?

When Ben begins developing a crush on Liam, one of the other super dreamy chefs at the restaurant, and when he starts ditching his old college friends and his old writing job plans, his career path starts to become much less clear. 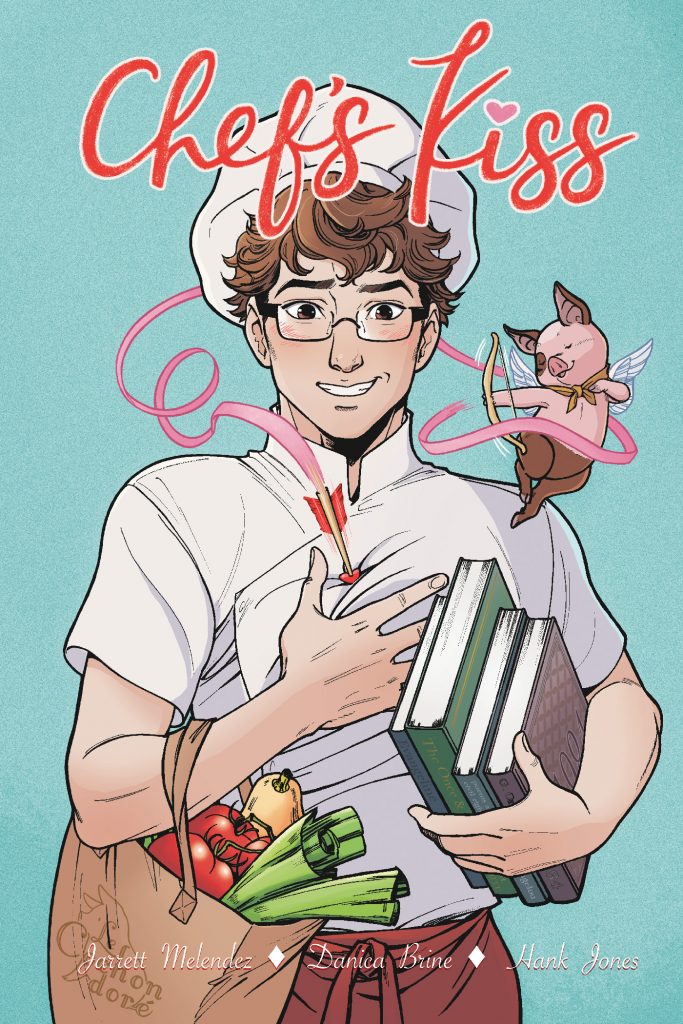 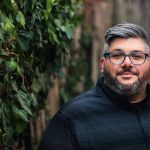 Jarrett Melendez grew up on the mean, deer-infested streets of Bucksport, Maine. A longtime fan of food and cooking, Jarrett has spent a lot of his time in kitchens, oftentimes as a paid professional! Jarrett is a regular contributor to Bon Appetit and Food52, and is the author of The Comic Kitchen, a fully illustrated, comic-style cookbook. When not cooking and writing about food, Jarrett usually writes comic books (like this one, Chef’s Kiss!) and has contributed to the Ringo-nominated All We Ever Wanted, Full Bleed, and Murder Hobo: Chaotic Neutral. He is currently writing a graphic memoir for Oni Press. Jarrett lives in Somerville, MA, with his partner, Stuart, and their collection of Monokuro Boo plush pigs.
****** 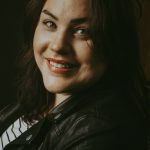 Danica Brine is walking sass in a leather jacket, forged in the icy lands of New Brunswick, Canada. From her waking hours to the moment she slumps over asleep at her desk, Danica can be found with a drawing tool in her hands. Her work has been featured on the covers of Wayward, Elephantmen, Exorsisters, and Doctor Who: The Thirteenth Doctor. She’s also contributed artwork to All We Ever Wanted, featured in the New York Times, and The Comic Kitchen. When not working as a comic artist, she illustrates children’s books for a Canadian French-language publisher. Danica lives in Moncton, NB, Canada, with her husband, Nick, and their shiba inu, Taro.

Previous Post: « Q&A With Darshana Khiani and Joanne Lew-Vriethoff, How to Wear a Sari
Next Post: Read an Excerpt From Things We Couldn’t Say by Jay Coles »
Applications are open for Literary Agents of Chang