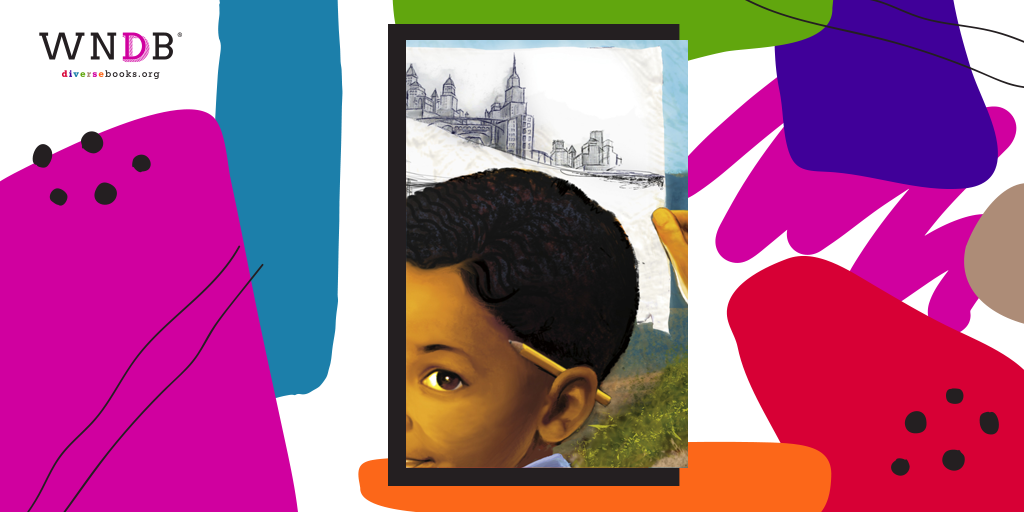 Today we’re thrilled to reveal the cover for Curve & Flow: The Elegant Vision of L.A. Architect Paul R. Williams by Andrea J. Loney! The book and cover were illustrated by Keith Mallett and designed by Nicole de las Heras. The book will be released on September 20, 2022 by Knopf Books for Young Readers. Preorder it here.

As an orphaned Black boy growing up in Los Angeles in the early 1900s, Paul R. Williams became obsessed with the concept of “home.” He not only dreamed of building his own home, he turned those dreams into drawings. Defying the odds and breaking down the walls of racism, Williams was able to curve around the obstacles in his way to become a world-renowned architect, designing homes for the biggest celebrities of the day, such as Frank Sinatra and Lucille Ball, while creating a number of Los Angeles historic landmarks and thousands of private and public buildings across the United States. 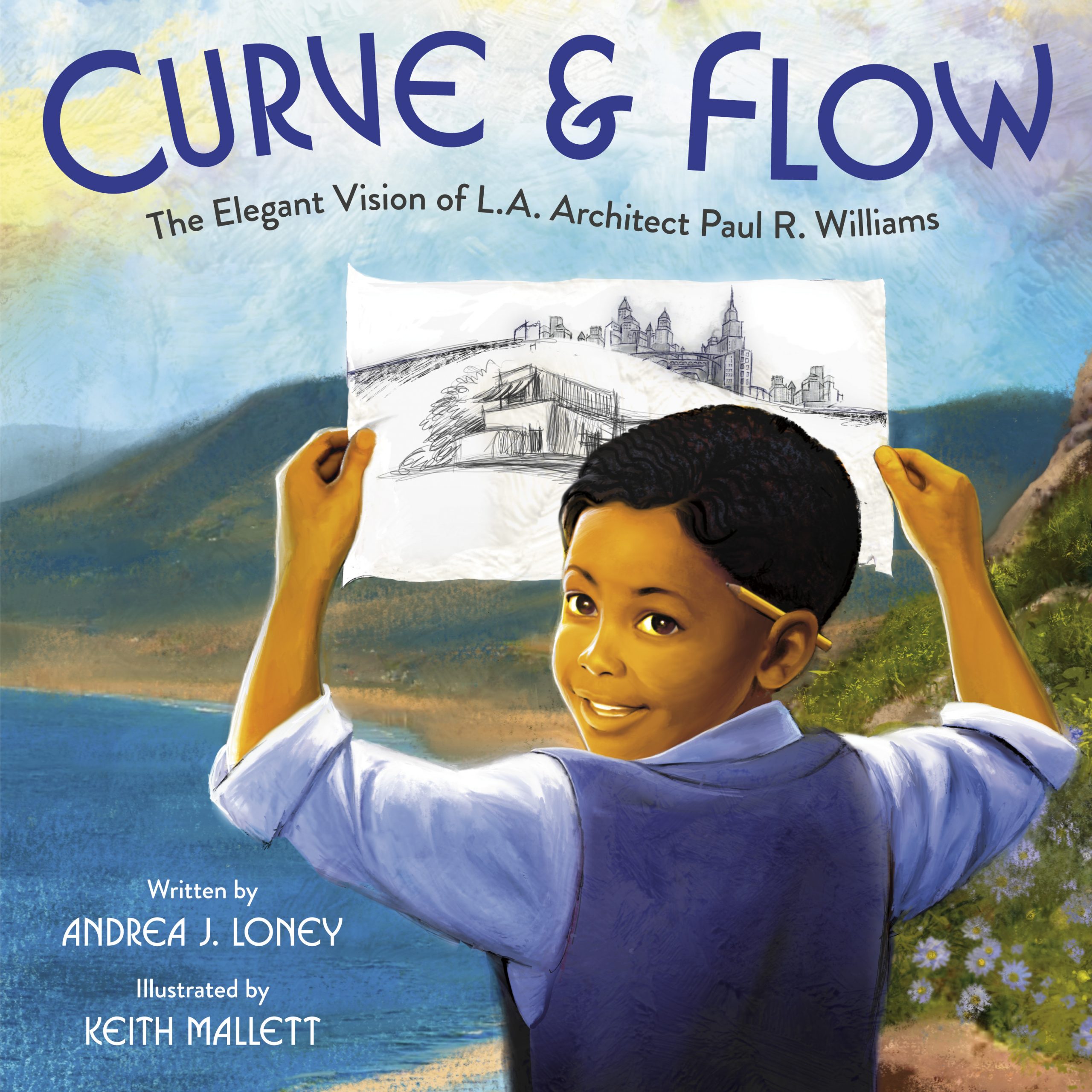 Andrea J. Loney is the author of the Caldecott honor book Double Bass Blues illustrated by Rudy Gutierrez, the Lee & Low New Voices Award winner and NAACP Image Award-nominated Take a Picture of Me, James VanDerZee! illustrated by Keith Mallett, and Bunnybear illustrated by Carmen Saldaña, which was named to ALA’s Rainbow List. She also wrote the recently published middle-grade biography VIP: Stacey Abrams – Voting Visionary illustrated by Shellene Rodney. Her upcoming books for September 2022 include the picture book biography Curve and Flow: The Elegant Vision of L.A. Architect Paul R. Williams illustrated by Keith Mallett, and the futuristic chapter book series Abby in Orbit illustrated by Fuuji Takashi.  A graduate of New York University, she’s currently a computer science professor at a community college near the Downtown L.A. neighborhood where Paul R. Williams was born and raised. Andrea lives in Inglewood, California with her towering stacks of children’s books, her devoted family, and their incredibly spoiled pets. Learn more at andreajloney.com.

Keith Mallett has been drawing and painting for as long as he can remember. The NAACP Image Award–nominated artist and designer has created posters and fine art prints for more than forty years. In 2017, he created the Google Doodle commemorating Martin Luther King Jr. Day. He has illustrated a number of picture books, including When Langston Dances (written by Kaija Langley), Take a Picture of Me, James VanDerZee! (written by Andrea J. Loney), and Sing a Song (written by Kelly Starling Lyons). Keith lives in San Diego with his wife and German shepherd. keithmallett.com

Previous Post: « On Nancy Drew, and How Anyone With a Book Can Have an Adventure
Next Post: Cover Reveal for Futureland by H.D. Hunter »
Agents: @literaryagentsofchange is looking for men