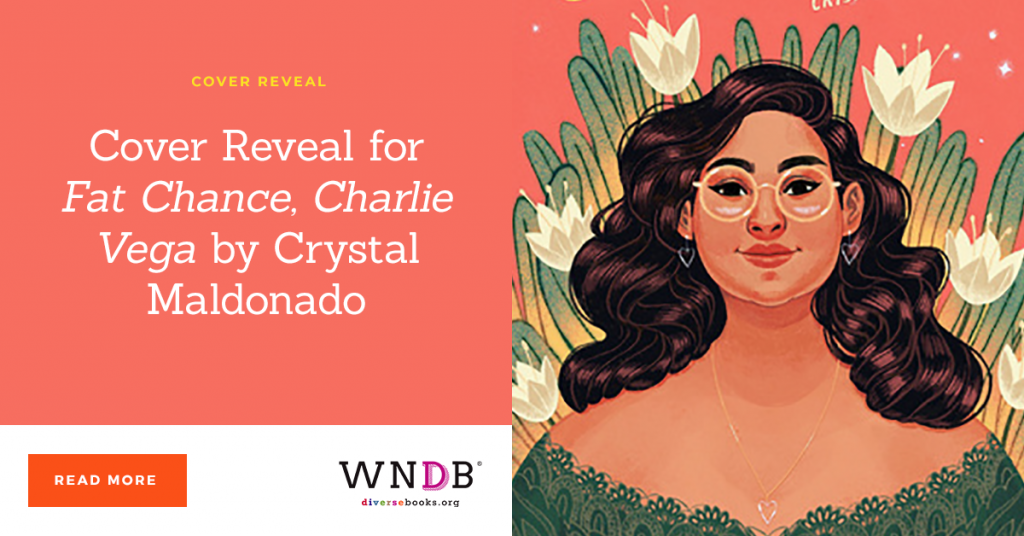 Today we are thrilled to reveal the cover for Fat Chance, Charlie Vega by Crystal Maldonado. The book will be released on February 2, 2021, by Holiday House. Preorder here! 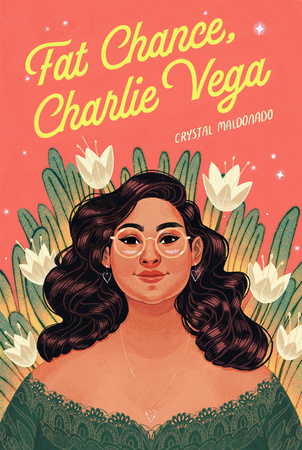 Charlie Vega is a lot of things. Smart. Funny. Artistic. Ambitious. Fat. People sometimes have a problem with that last one. The world and everyone in it have ideas about what she should look like: Be smaller. Be quieter. She’s too brown for the white kids and too white for her brown family. When a cute guy asks her out, her life becomes a rom com—until she learns he asked out her slim, popular, athletic best friend first. UGH. Is she EVERYONE’S second choice? Does anyone ACTUALLY see her? Fat chance.

Fat Chance, Charlie Vega is a funny and painfully accurate coming-of-age story by debut author Crystal Maldonado that tackles our relationships to our parents, our bodies, our cultures, and ourselves.

Tell us about the origin story of this book. How did Charlie as a character and her story first appear to you? How has that story evolved since you first envisioned it?

In many ways, Charlie’s story is a heavily fictionalized version of my own. For better or worse, her story feels deeply personal—her relationship with her body, her struggles with her mom, her push and pull with herself, her joy, her love story, her growth. So the book feels like it came to me in the whole, “Write what you know” kind of way.

I’m deeply invested in trying to do my part to help make people feel seen and represented, and that’s really what this was. I didn’t feel like I saw enough complex, nuanced depictions of fat girls and wanted to do what I could to help change that. Us fat girls deserve good things, too, you know? Plus, the love story in the book is a super loose adaptation of how I met my current husband (we were high school sweethearts!).

Even though Fat Chance, Charlie Vega was inspired by parts of my life, it grew so much and took on a life of its own during the writing and editing process. Charlie ended up with her own voice, her own experiences, her own support circle, and her own journey. Her world became so much bigger than I originally envisioned and her story is so much more complete (and I feel I need to take a second to give a major, loving shout out to my dream team agent and editor for guiding me to the final product!).

It’s still early in the promotional process for Fat Chance, Charlie Vega so what can you tell us about Charlie and your other characters that will make us fall in love with them and want to read more?

I am SO fiercely protective of Charlie, who loves all things books, writing, pop culture, fashion, and Beyoncé (obviously), and I hope readers will be, too. She is a work in progress, which I think is super relatable. To me, her journey to find and love herself is the biggest and most important story, and I hope anyone who reads it finds strength through her.

Charlie’s BFF, Amelia, is Black Girl Magic to the core—the kind of girl you obsessively stalk on Instagram and decide you’re way too nervous to talk to her only to realize she’s actually legit kind and fierce and now you’re sad you didn’t have her in your life sooner!

And then there’s Brian. Sigh. Brian is a walking dreamboat, an actual cinnamon bun, and—hands down—the purest character in the book. He’s super funny and cute and thoughtful and wears his heart on his sleeve and we should protect him at all costs.

What were some of your favorite moments while writing and publishing this book?

I’m really sentimental, so it feels like there have already been endless favorite moments.

Obviously, one huge one was getting a call from my agent, Tamar Rydzinski, telling me she liked the book and was interested in representing me. My stomach was doing cartwheels listening to the voicemail she left and I genuinely had to psych myself up to call her back because I couldn’t believe it. Then it only got more Pinch Me I’m Dreaming from there because Holiday House expressed interest in sharing Charlie’s story. A literal dream come true for me!

Seeing the cover for the first time myself was another favorite moment; it felt like the air was sucked right out of my lungs. There was Charlie in all her beautiful glory on this magical looking cover—and there was my name. There was my story! Ericka Lugo, the immensely talented artist who made this cover, captured Charlie so perfectly.

Last one, I swear, but the first time I heard from someone who read the book was so emotional. The note she sent saying that she saw herself in Charlie just made me cry. How surreal to know that something I wrote had a meaningful impact on someone. I’ll never forget that feeling.

I would really love to be on a panel of Black, Indigenous, and people of color YA authors talking about romance and joy, like Leah Johnson, Sandhya Menon, Jenny Han, Nicola Yoon. I just think it would be so much fun to chat about all things related to those first relationship feelings.

I’d also love to be on a panel with fellow fat authors who continually make art for fat girls or contribute to the discourse around living fiercely and unapologetically as fat women. For me, that would be Roxane Gay, Julie Murphy, Lindy West, and Nicole Byer. But if this panel was actually happening, I would probably pass out just beforehand.

What other books do you see Fat Chance, Charlie Vega as being in conversation with? And do you have any recommendations for published or forthcoming books, especially kidlit?

I was really inspired by Dumplin’ by Julie Murphy, The Sun is Also a Star by Nicola Yoon, and the To All The I’ve Loved Before series by Jenny Han when writing this book. I am a hopeless romantic at heart, obsessed with cheesy rom-com movies, and just fully embrace having all the feelings, so any books that feature love have all of my heart!

Books you should absolutely be checking out: Cemetery Boys by Aiden Thomas, I Wish You Were Here by Mason Deaver, Juliet Takes a Breath by Gabby Rivera, and You Should See Me in a Crown by Leah Johnson. So deliciously good!

I’d love to be asked, “What are some of your favorite details in the book that are true to life?”

Without giving too much away, there is a scene between Charlie and Brian in their art class that’s related to Valentine’s Day. My husband inspired this entire exchange! When we were in high school, he gave me a valentine during our art class. It had a drawing of two dice on the front and on the back, it read, “Paradise. Get it?” At the time, we were just friends, but I was so, so touched that someone I thought was cute gave me a valentine! We didn’t end up seriously dating until months later, but I still have the valentine, 14 years later, and I carry it with me. 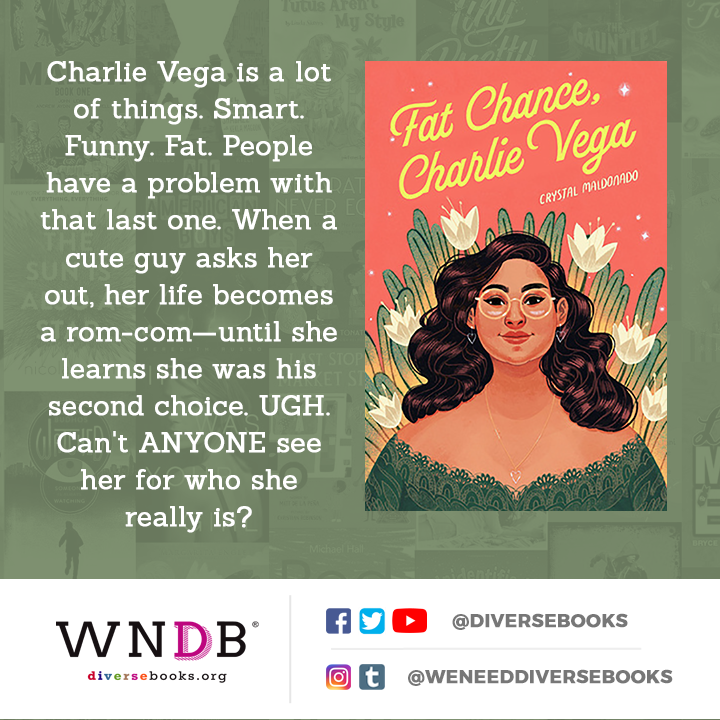 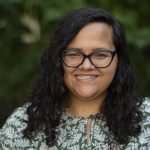 Crystal Maldonado is a writer by night and a marketer and social media manager by day. She has been published in Latina magazine, The Hartford Courant, and Dogster, and is the co-founder of the online magazine Positively Smitten. Fat Chance, Charlie Vega is her debut novel. She lives in Western Massachusetts with her husband, her dog, and her super-duper adorable baby daughter.