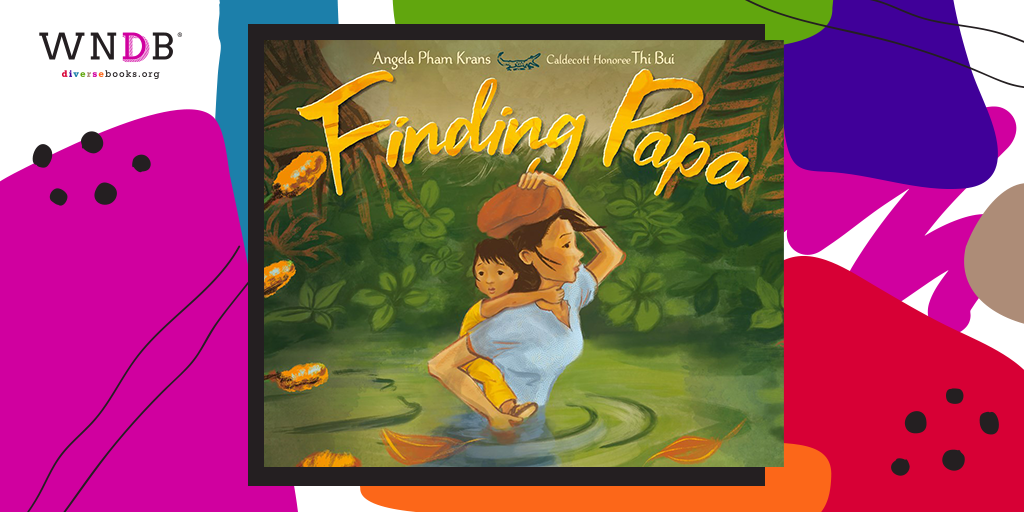 Today we’re delighted to reveal the cover for Finding Papa by Angela Pham Krans, illustrated by Thi Bui! The book was designed by Erica DeChavez and will be released on February 7, 2023 by HarperCollins. Preorder it here.

No one can make Mai laugh like her Papa! She loves playing their favorite game—the crocodile chomp chomp! But then, Papa leaves Vietnam in search of a new home for their family in America and Mai misses him very much. Until one day, Mama and Mai pack a small bag and say goodbye to the only home Mai has ever known. And so begins Mai and Mama’s long, perilous journey by foot and by boat, through dangers and darkness, to find Papa.

Angela Pham Krans’ lyrical debut picture book, based on her own experience as a child and powerfully brought to life by Caldecott Honor artist Thi Bui’s vivid illustrations, reminds us that love and courage can stretch an ocean and that nothing can keep us apart from those we care about. 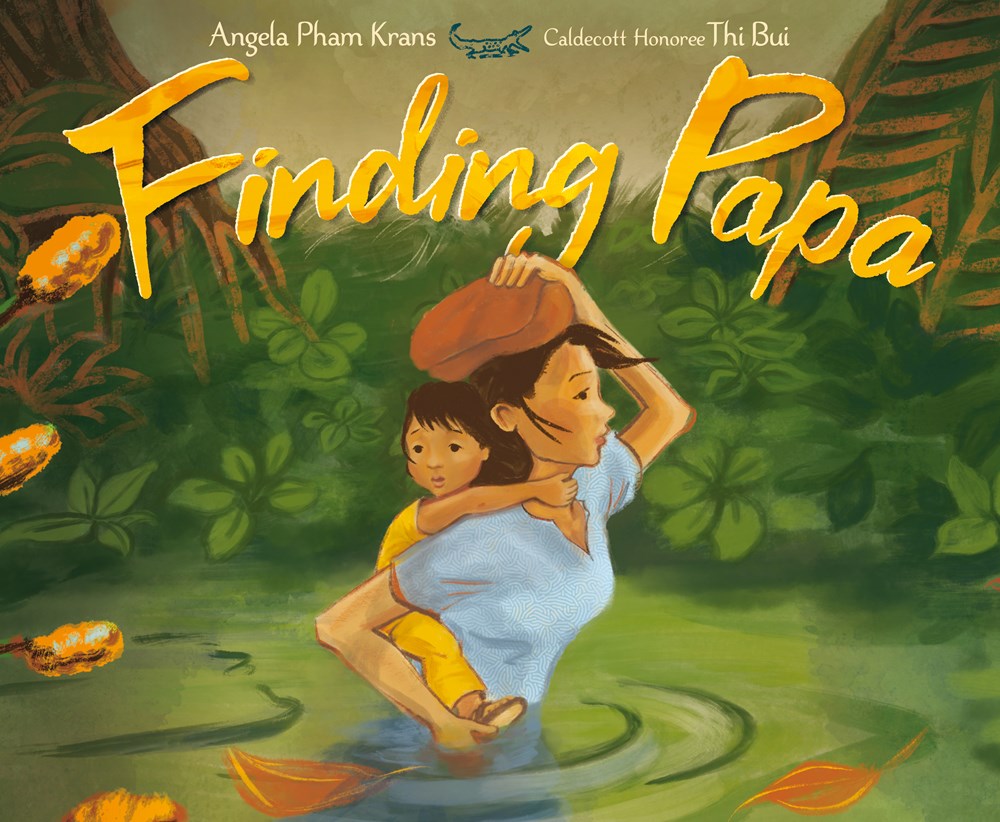 Angela Pham Krans is a children’s book author who enjoys writing anywhere with access to Cuban coffee or chocolate croissants. When Angela was finally reunited with her Papa, she did not recognize him with his bushy mustache. But Papa won her over with plenty of toys and treats! Angela lives in Atlanta with her husband and two rambunctious dogs. You can connect with her at https://www.angelakrans.com/

Thi Bui is a cartoonist, an educator, a mom, and a restless explorer. Best known for her bestselling graphic memoir, The Best We Could Do, she has also illustrated the children’s books Chicken of the Sea and A Different Pond, for which she won a Caldecott Honor. You can find her work and interviews at www.thibui.com.

Previous Post: « A Black Girl. A Black Book. An Accidental Book Shunning.
Next Post: Q&A With Will Taylor, The Language of Seabirds »
Today on the WNDB blog: a debut picture book about