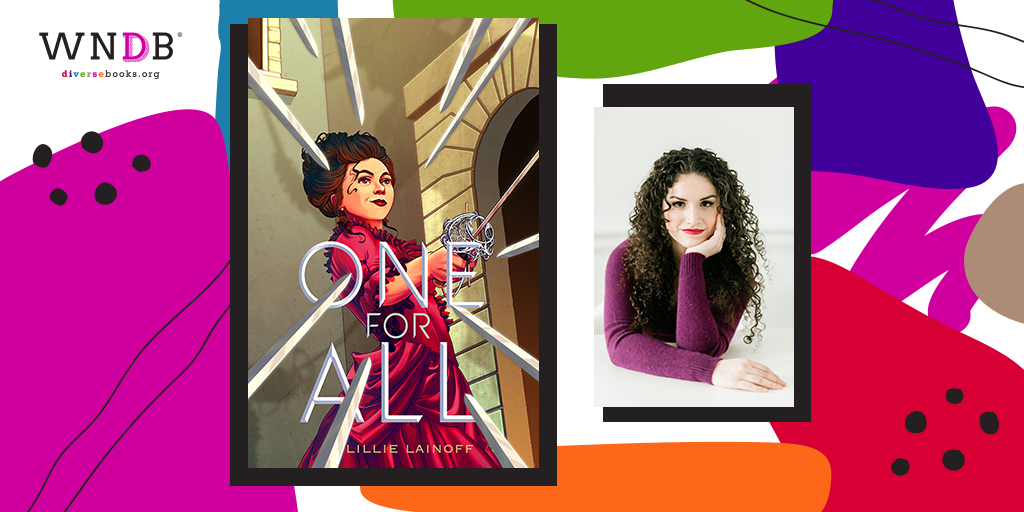 Today we are thrilled to reveal the cover for One for All by Lillie Lainoff. The cover art was illustrated by Kevin Tong and the book was designed by Rich Deas. The book will be released on March 8, 2022, by FSG Books for Young Readers.

One for All is a gender-bent retelling of The Three Musketeers, in which a girl with a chronic illness trains as a Musketeer and uncovers secrets, sisterhood, and self-love.

Tania de Batz is most herself with a sword in her hand. Everyone thinks her near-constant dizziness makes her weak, nothing but “a sick girl.” But Tania wants to be strong, independent, a fencer like her father—a former Musketeer and her greatest champion. Then Papa is brutally, mysteriously murdered. His dying wish? For Tania to attend finishing school. But L’Académie des Mariées, Tania realizes, is no finishing school. It’s a secret training ground for new Musketeers: women who are socialites on the surface, but strap daggers under their skirts, seduce men into giving up dangerous secrets, and protect France from downfall. And they don’t shy away from a sword fight.

With her newfound sisters at her side, Tania feels that she has a purpose, that she belongs. But then she meets Étienne, her target in uncovering a potential assassination plot. He’s kind, charming—and might have information about what really happened to her father. Torn between duty and dizzying emotion, Tania will have to decide where her loyalties lie…or risk losing everything she’s ever wanted.

Lillie Lainoff’s debut novel is a fierce, whirlwind adventure about the depth of found family, the strength that goes beyond the body, and the determination it takes to fight for what you love. 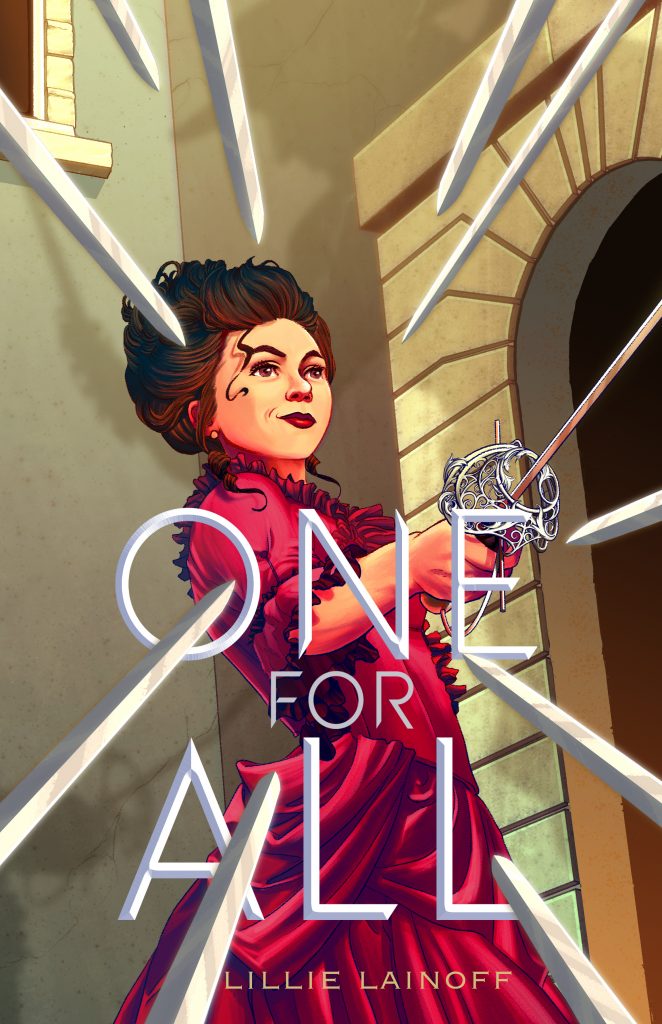 Lillie Lainoff received her B.A. in English from Yale University, where she was a varsity fencer and one of the first physically disabled athletes to individually qualify for any NCAA Championship event. She has also won the 2019 LA Review Literary Award for Short Fiction, was a featured Rooted in Rights disability activist, and is the founder of Disabled Kidlit Writers on Facebook. She is currently an MA candidate in Creative Writing Prose Fiction at the University of East Anglia.

Previous Post: « Q&A With Nicola Yoon, Instructions for Dancing
Next Post: Q&A With Rachel Lynn Solomon, We Can’t Keep Meeting Like This »
WNDB is pleased to announce our 2022 mentees! Thes