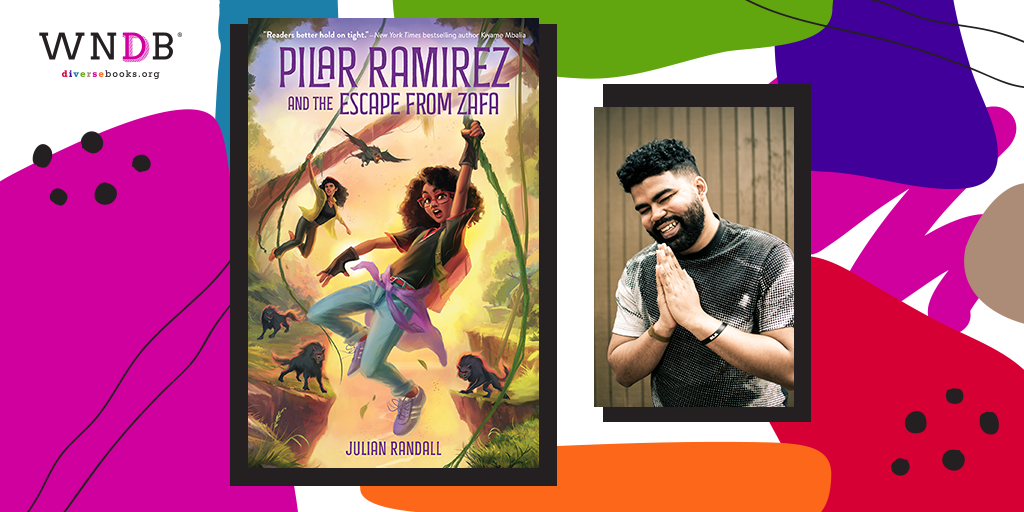 Today we are thrilled to reveal the cover for Pilar Ramirez and the Escape from Zafa by Julian Randall. The cover art was illustrated by Mayara Sampaio and the book was designed by Aurora Parlagreco. The book will be released on March 1, 2022, by Holt Books for Young Readers.

Everything in twelve-year-old Pilar Violeta “Purp” Ramirez’s world is changing, and Pilar doesn’t care for it one bit. Her Chicago neighborhood is gentrifying and her chores have doubled since her sister, Lorena, left for college. The only constant is Abuela and Mami’s code of silence around her cousin Natasha—who disappeared in the Dominican Republic fifty years ago during the Trujillo dictatorship.

So when Pilar hears that one of Lorena’s professor’s studies disappearances under the Trujillato, she hops on the next train. After snooping around the professor’s empty office, she finds a folder with her cousin’s name on it . . . and Pilar literally falls into the blank page within. She lands on Zafa, an island swarming with coconut-shaped demons, butterfly shapeshifters, and a sinister magical prison where her cousin is being held captive. Pilar will have to go toe-to-toe with the fearsome Dominican boogeyman if she has any hope of freeing Natasha and getting back home. 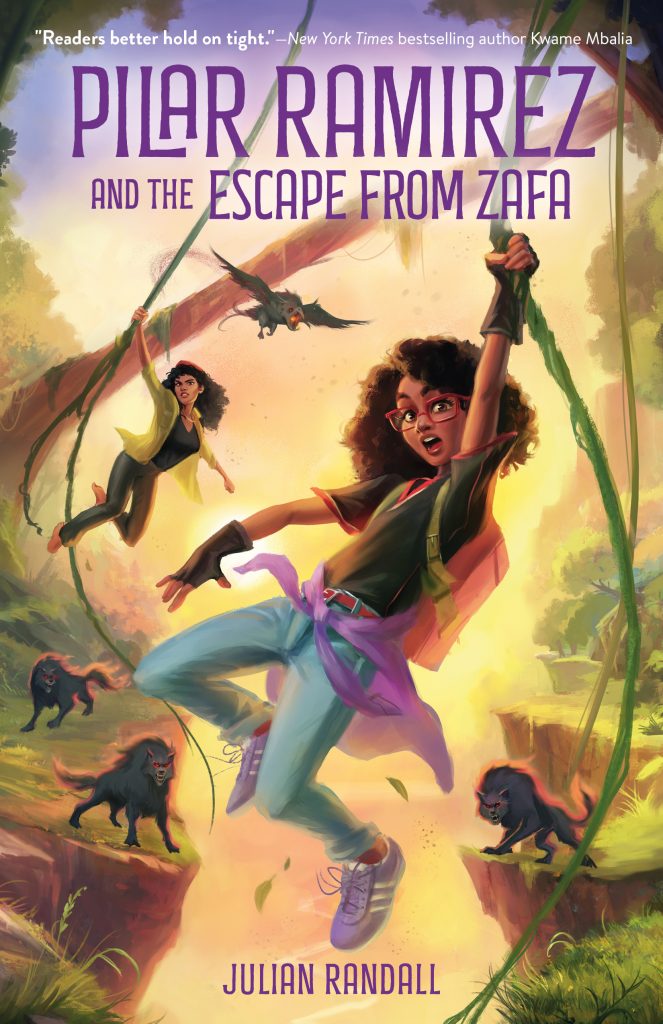 Julian Randall is a Living Queer Black poet from Chicago. His poetry and essays are published in New York Times Magazine, POETRY, and Vibe. He is the recipient of a Pushcart Prize. Julian holds an MFA in Poetry from Ole Miss. His first book, Refuse, won the Cave Canem Poetry Prize and was a finalist for an NAACP Image Award. Julian has previously worked as a youth mentor, teaching writing workshops to children on house arrest. Pilar Ramirez and the Escape from Zafa is his debut children’s novel.

Previous Post: « Q&A With S. K. Ali, Misfit in Love
Next Post: Q&A With Katherine Locke and Anne Passchier, What Are Your Words? »
The #BooksSaveLives auction is now OPEN! Thanks to