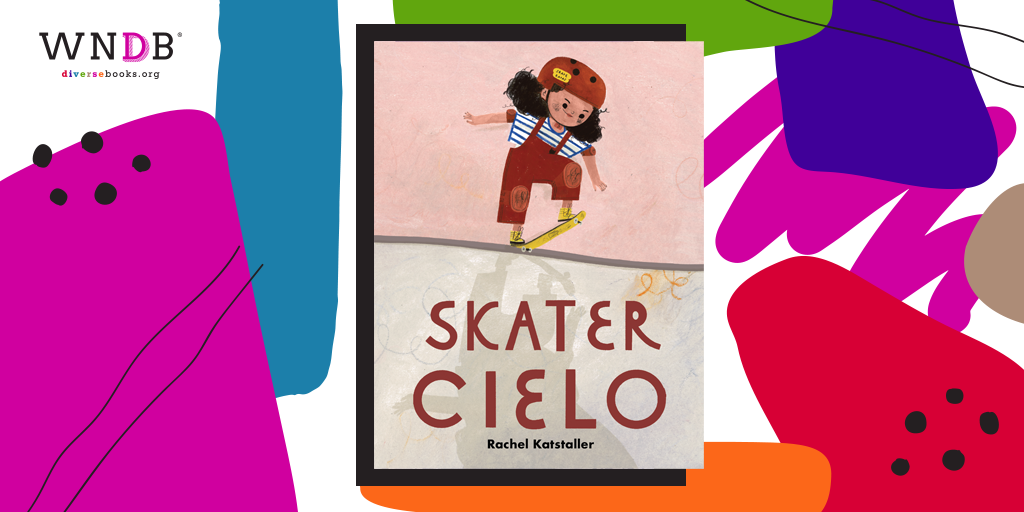 Today we’re thrilled to reveal the cover for Skater Cielo by Rachel Katstaller! The cover was designed by Rae Crawford, and the book will be released on July 26, 2022 by Scholastic.

Meet Cielo, a fierce skater who finds that facing your fear of failing gives you the  courage to persevere!

Cielo loves to skateboard! But when she messes up on a new ramp she’s embarrassed and afraid to fall again in front of so many people. With the help of some new friends, Cielo summons the courage to try again (and again, and again), and learns that falling is not failing—true fierceness isn’t about landing the perfect trick, it’s about picking yourself back up when you don’t. 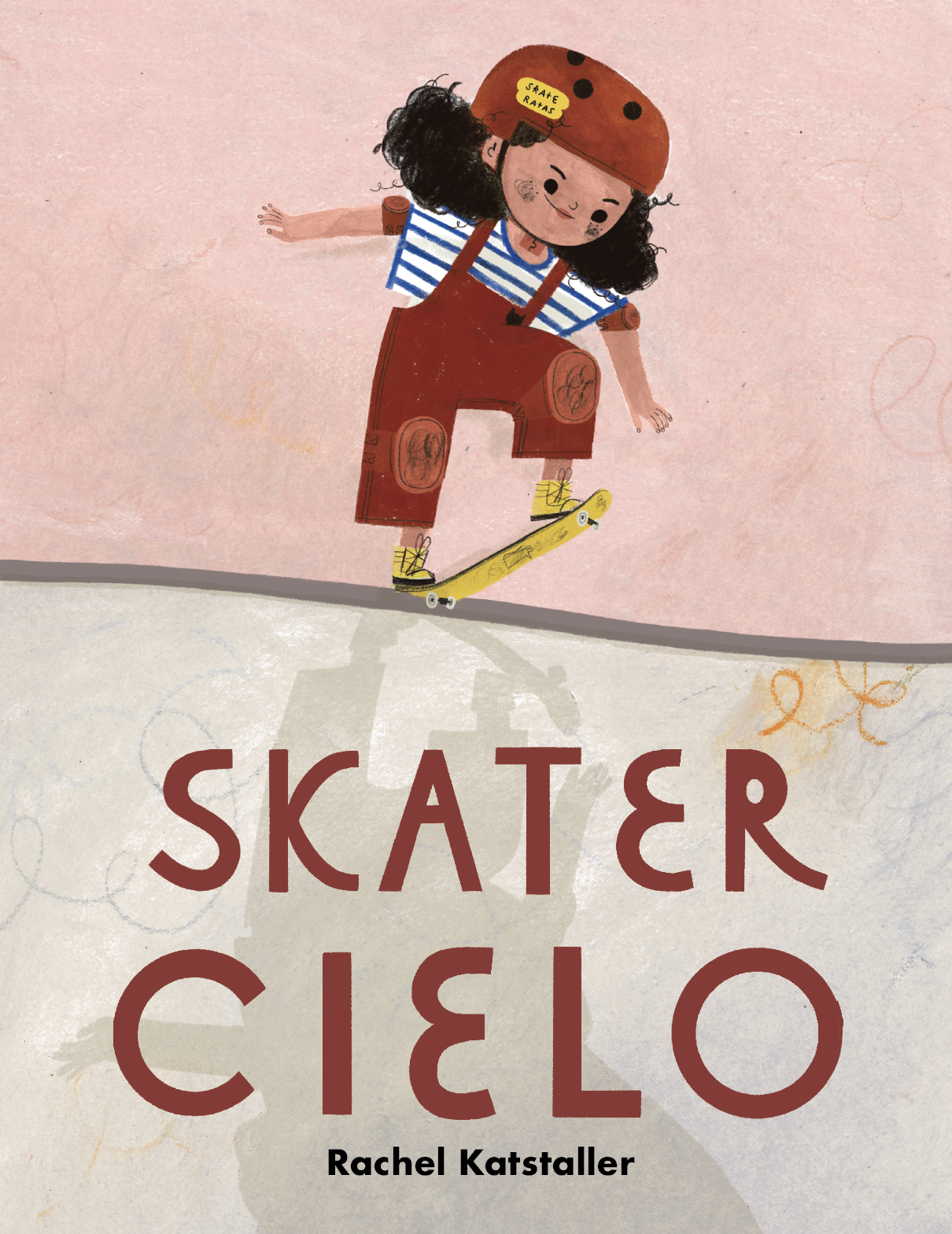 The idea for Cielo came to me during a workshop I was holding in London with my friend, author-illustrator Fabi Santiago. Out of the pages of my notebook, this little girl on a skateboard in a deep scary, pool was staring right at me. I knew immediately that she had a story to tell.

Even though I’m fairly new to skateboarding, I’ve been obsessed with it ever since I stepped on a board for the very first time. There is nothing as challenging, frustrating, exhilarating or rewarding as skateboarding. Facing my fears on a daily basis and conquering them, learning to fail again and fail better until I’ve finally landed a trick, have taught me to be more resilient. And Cielo, even though still a little girl, goes through all these emotions and comes out of the other side even braver and stronger.

As a child I remember wanting to learn to skateboard but being told no, because it was “only for boys”. When I began there were very few girls in my town who also skateboarded, but this has changed a lot over the years. Back home in El Salvador though, when I began writing the story, this was not the case. With a lot of joy I’ve watched this trend change over the past year, as a new community of girl skaters began motivating new girls to join.

This is why, in my opinion, representation matters. I wanted Cielo to be a little but fierce Salvadoran girl. It’s so important for girls, little and big, to see themselves represented in books. Particularly girls from Central American countries rarely have the chance to find characters that are similar to them. In regards to skateboarding that is even rarer.

I hope this book inspires girls to pick up anything they are passionate about, regardless of stereotypes. For them to not be afraid of failure and pursue their dreams. 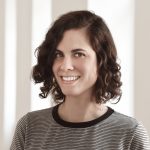 Rachel Katstaller is an author-illustrator originally from El Salvador, where she studied Strategic Design. She has illustrated several books including A Portrait In Poems: The Storied Life of Gertrude Stein and Alice B. Toklas and Ada Lovelace and the Number-Crunching Machine. When Rachel isn’t drawing up new picture books, she is busy skateboarding with friends. To learn more, visit her at rachelkatstaller.com.

Previous Post: « Things We Couldn’t Say and Neglected Topics Within YA
Next Post: Q&A With Ibi Zoboi and Loveis Wise, The People Remember »
Applications are open for Literary Agents of Chang