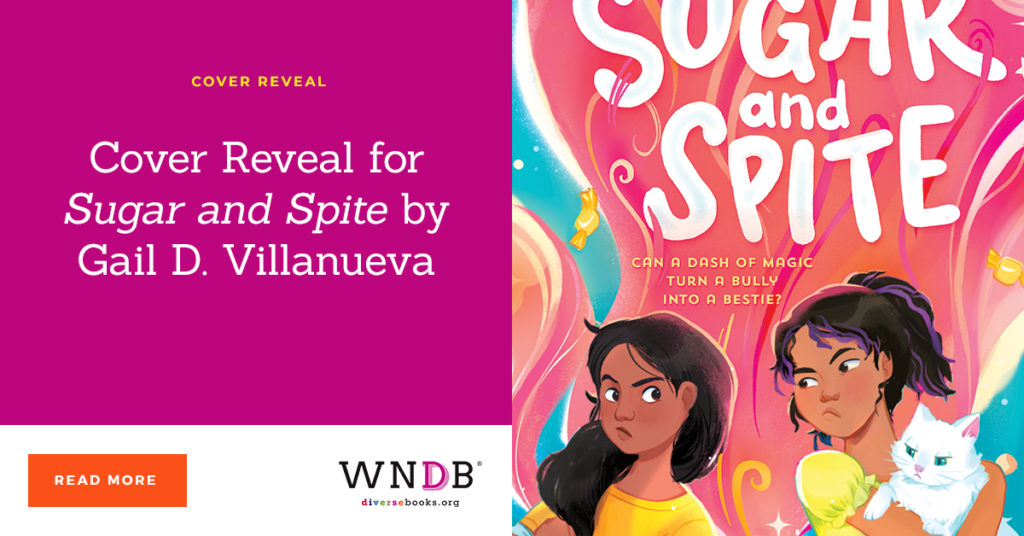 Today we are thrilled to reveal the cover for Sugar and Spite by Gail D. Villanueva. Cover Art by Abigail L. Dela Cruz. Book Design by Baily Crawford. The book will be released on April 20, 2021, by Scholastic Press. Preordering is not yet available, but you can add the book on Goodreads here!

Gail D. Villanueva’s sophomore book, Sugar And Spite, is about a Filipina girl named Jolina Bagayan who uses gayuma (the Filipino version of a love potion) to seek retribution against her bully despite the magic’s dire consequences. Set in a fictional island in the Philippines, Sugar And Spite is inspired by Filipino folk Catholicism and explores consent, socioeconomic privilege, and love in different forms.

The taunts and teasing are too much. Though Jolina is still learning her grandfather’s arbularyo magic and isn’t supposed to use any on her own, she sneaks into his potions lab to get her revenge. There she creates a batch of gayuma, a powerful love potion.

And it works! The love potion conquers Claudine’s hateful nature. In fact, Claudine doesn’t just stop bullying Jolina—now she wants to be Jolina’s BFF, and does everything and anything Jolina asks.

But magic comes with a cost, and bad intentions beget bad returns. Controlling another person’s ability to love—or hate—will certainly have consequences. The magic demands payment, and it is about to come for Jolina in the form of a terrible storm…

Magic and reality mingle in this brilliant new middle-grade novel about true friendship that asks whether it’s ever okay to take away someone’s free will. 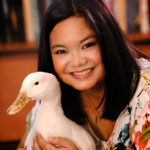 Gail D. Villanueva is a Filipino author born and based in the Philippines. My Fate According to the Butterfly, her debut novel, was a 2019 Kirkus Best Book of the Year and an NCSS-CBC Notable Social Studies Trade Book for Young People. She’s also a web designer, an entrepreneur, and a graphic artist. She loves pineapple pizza, seafood, and chocolate, but not in a single dish together (ewww). Gail and her husband live in the outskirts of Manila with their dogs, ducks, turtles, cats, and one friendly but lonesome chicken. Learn more at gaildvillanueva.com.