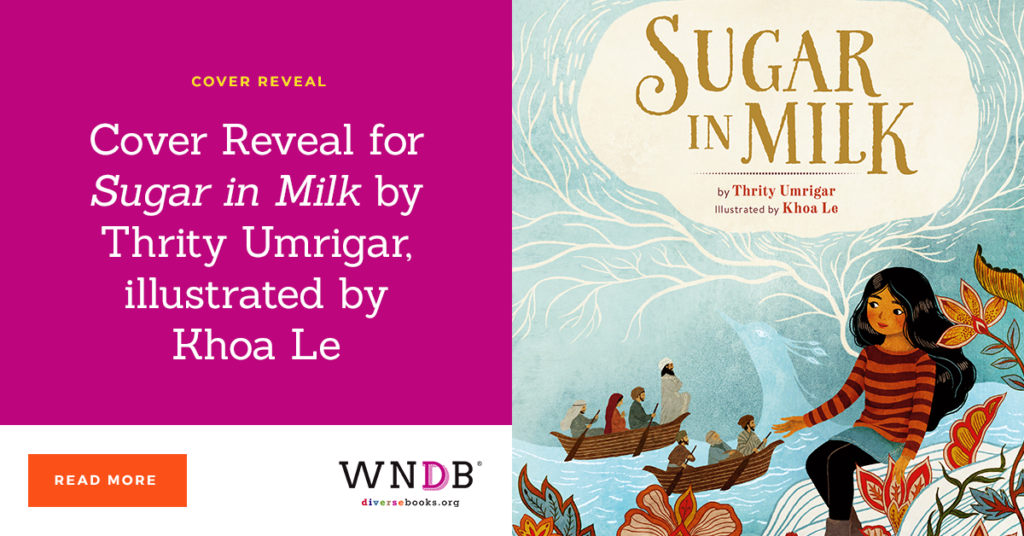 Today we are thrilled to reveal the cover for Sugar in Milk by Thrity Umrigar illustrated by Khoa Le. The book will be released on October 6, 2020, by Tundra Books. Preorder here!

A young Parsi girl in modern times comes from India to live in America with her extended family. She feels so alone-like she’s not wanted-but then is told a story by her aunt about a group of Persians who were ousted from their country due to religious persecution and who sailed to the Western shores of India in search for a new home.

The king of the region in India did not want to let them in and explained (using a glass of full milk) that the community was simply too full to let them in. The Zoroastrian king of the Persian refugees then dumped some sugar into the milk, stirred until it dissolved, and explained to the king that not only would his people integrate well into their society but they would also help sweeten their culture. The Indian king lets them in and they prosper. And, in the end, the young girl realizes that she, too, is being accepted by those in her neighborhood and that she can finally start feeling a part of this new American society. 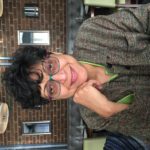 Thrity Umrigar is the author of the bestseller The Space Between Us and its recently released sequel, The Secrets Between Us, as well as many other acclaimed novels. Her debut picture book, When I Carried You in My Belly, was published with RP Kids in 2017. She lives outside Cleveland, OH. 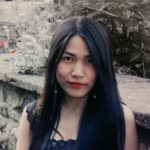 Khoa Le is an illustrator, graphic designer, and author based in Ho Chi Minh, Vietnam. She has been an illustrator for many picture books, as well as author of a few. Khoa has also participated in art exhibitions throughout Vietnam and Asia. She currently lives with her four cats. She has a passion for traveling and discovering different cultures and art.

Previous Post: « Q&A With Julie Abe, Eva Evergreen, Semi-Magical Witch
Next Post: How I Crafted the Fantasy World in Beetle & the Hollowbones »
Applications are open for Literary Agents of Chang