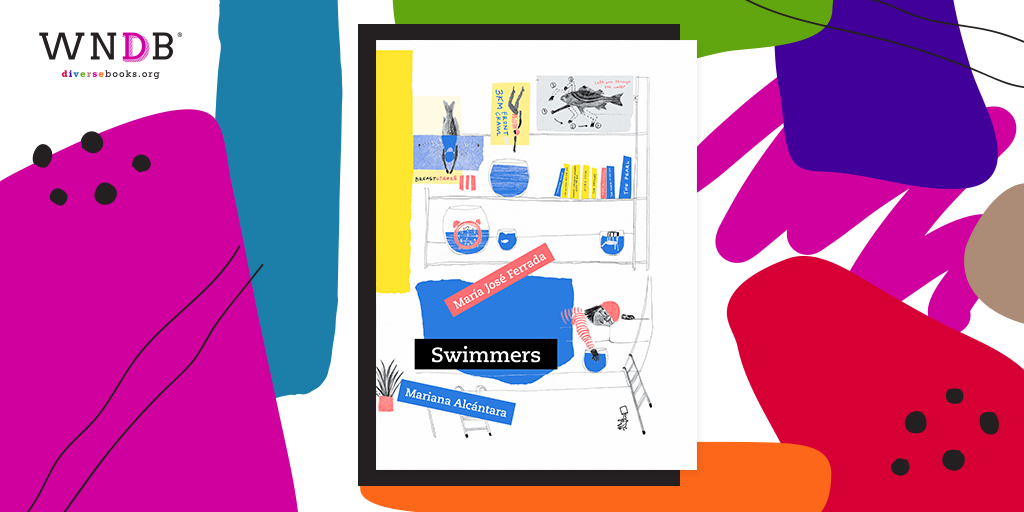 Today we’re pleased to reveal the cover for Swimmers by María José Ferrada, illustrated by Mariana Alcántara and translated from Spanish by Kit Maude! The book will be released on July 5, 2022 by Tapioca Stories. Pre-order at Bookshop.org and support independent bookstores. Early copies available at Tapioca Stories‘ website.

Based on the premise that every species has a recurring dream, Swimmers takes the reader on a surreal, dream-state adventure.

Swimmers uses humor and poetry to show the reader how a page can be a deep, blue sea or an Olympic swimming pool, and blurs the line between what is and isn’t possible. Filled with quirky text and amusing illustrations of sturgeons in swimwear and tuna taking the gold, Swimmers merges the worlds of fish and people in this English-language translation of an entirely original book. 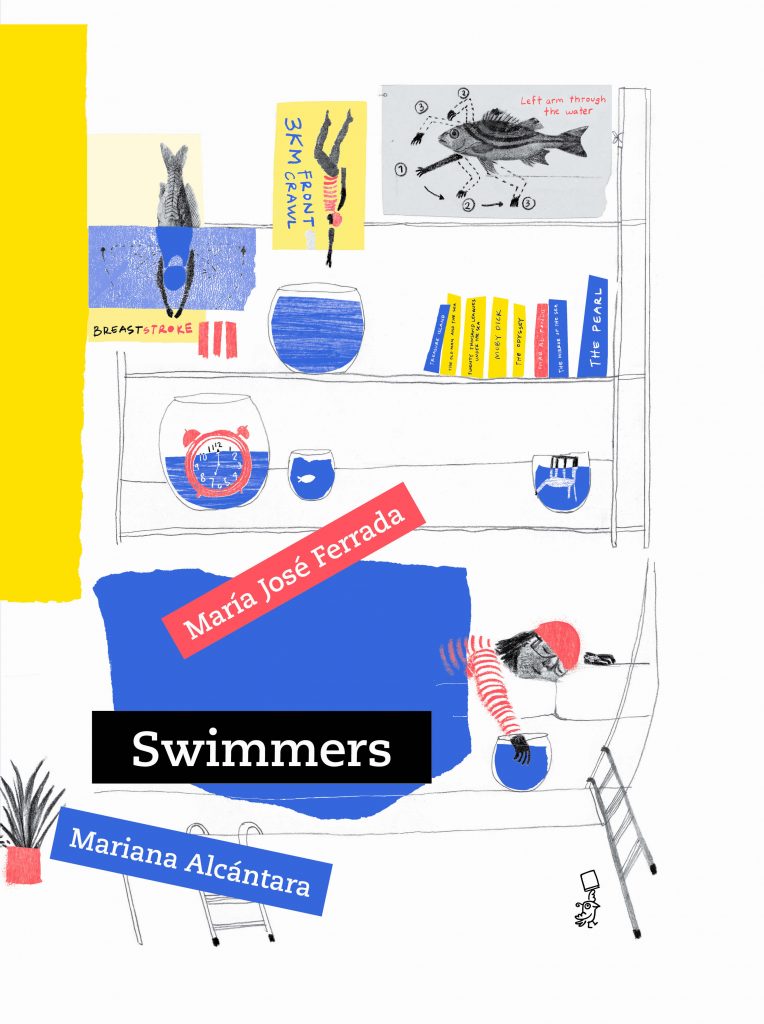 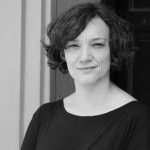 María José Ferrada was born in Temuco, Chile. Ferrada’s children’s books have been published all over the world. She has been awarded numerous prizes and is a three-time winner of the Chilean Ministry of Culture Award. Her previous works include Niños, Mexique and El idioma secreto (The Secret Language), which won the Orihuela Prize. 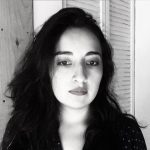 Mariana Alcántara Pedraza was born in Mexico City in 1991. She has won the 29th Illustrator’s Catalog at the 2019 Encuentro Valladolid Ilustrado International Children’s and Young Adult Book Fair in Spain, and 3rd Prize at the Sharjah Children’s Reading Festival in 2018. Her work was included in The White Ravens Catalogue in 2019.