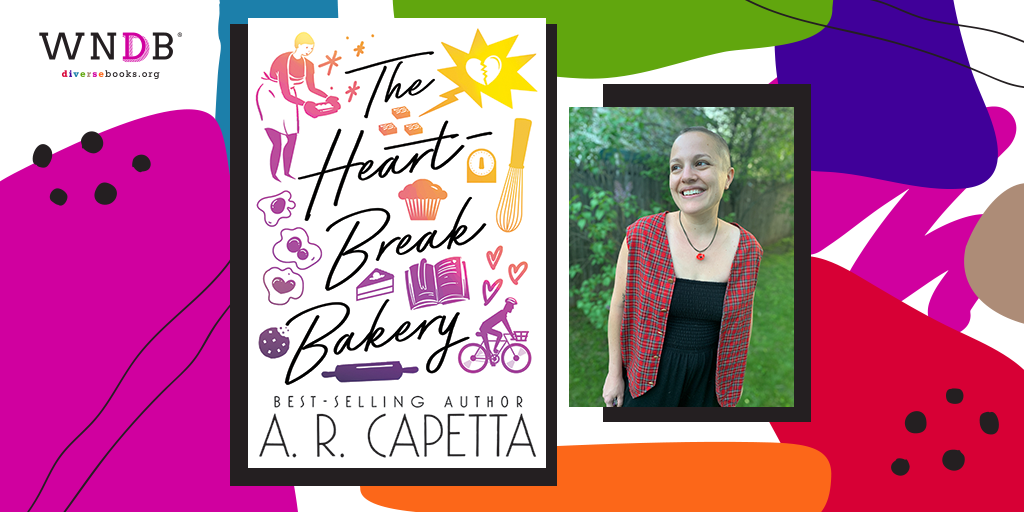 Teenage baker Syd sends ripples of heartbreak through Austin’s queer community when a batch of post-being-dumped brownies turns out to be magical—and makes everyone who eats them break up.

“What’s done is done.”
Unless, of course, it was done by my brownies. Then it’s getting undone.

Syd (no pronouns, please) has always dealt with big, hard-to-talk-about things by baking. Being dumped is no different, except now Syd is baking at the Proud Muffin, a queer bakery and community space in Austin. And everyone who eats Syd’s breakup brownies . . . breaks up. Even Vin and Alec, who own the Proud Muffin. And their breakup might take the bakery down with it. Being dumped is one thing; causing ripples of queer heartbreak through the community is another. But the cute bike delivery person, Harley (he or they, check the pronoun pin, it’s probably on the messenger bag), believes Syd about the magic baking. And Harley believes Syd’s magical baking can fix things, too—one recipe at a time. 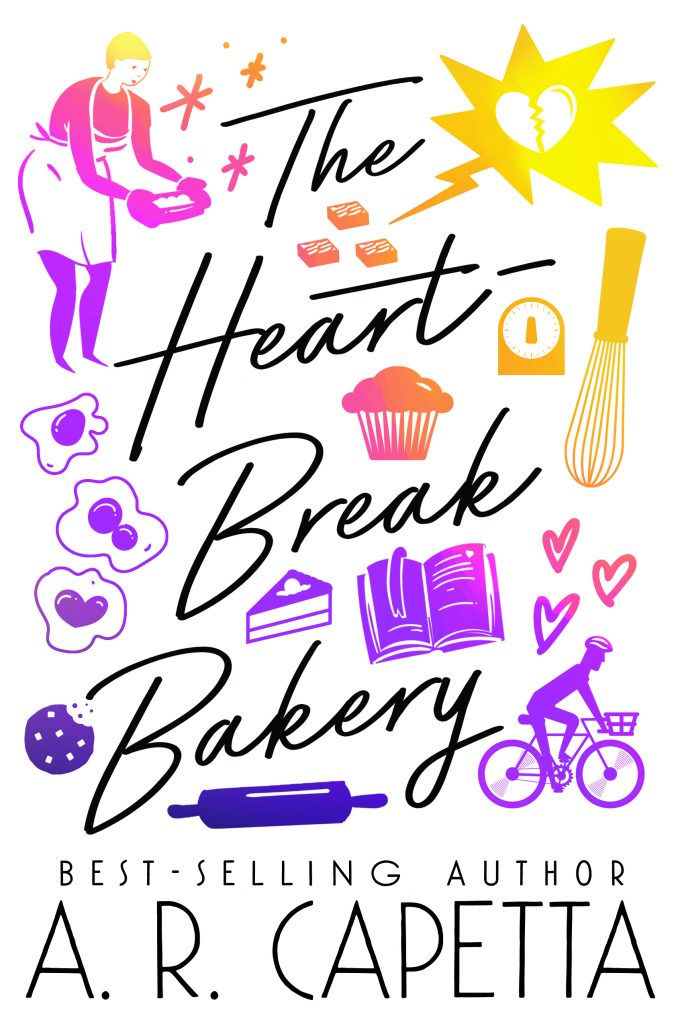 A few hours later, after a quick stop at the grocery store, I drive over to Harley’s house. I’m distinctly aware that this is the first time we’ve hung out without the Proud Muffin involved, or the stated purpose of baking to save other peoples’ relationships.

I park across the street. When I knock, he answers the door with bare feet, which is new, and a brilliant smile, which is getting to be familiar. Small people cluster behind him. There are only two, I think, but they seem infinite in energy if not in actual number. They pop up around Harley’s legs like kernels in sizzling coconut oil. That’s the secret to making perfect popcorn at home, if you didn’t already know. Coconut oil makes it smell like movie theater popcorn, and lots of real butter and salt on top make it taste incredible.

“Hi?” I say, looking at Harley. I thought this was the night that he had the house to himself. That was, in large part, why I showed up here right as the sky melted like a perfect peach sundae.

Harley comes in to hug me with one arm hooked around the back of my neck. “Uh, so the babysitter canceled at the last second and my mom is at work until ten,” he whispers on a wave of sage soap and shower-fresh skin.

“Also, I made the eternal mistake of telling them your name,” Harley admits as he opens the door wide. I walk in, but only a single step, because the front doorway is at maximum capacity. And nobody is budging.

“Harley told us more than that Syd is your name!” says the smaller of the small people, who has stubby pigtails and is constantly swaying from side to side.

“Harley told us alllllll about you,” says the taller, skinny one whose eyes are the same brown as Harley’s.

“What did he say?” I ask, a little terrified to find out how he talks about me when I’m not there.

“Like you are Syd and you’re a baker and sometimes you make magical cupcakes?” the tall one asks, looking for confirmation.

“Brownies,” I say promptly. “And scones.”

“Scones are English!” they blurt.

“And brownies are chocolate,” the small one adds, raising a tiny, pedantic finger.

“So true,” I say. “Now I feel like I should know your names and two things about each of you. To make it fair.” From working the bakery counter, I know this much: little kids are big into fair. Also sugar cookies shaped like pets.

“I’m Dean,” says the pigtailed one. “And I love cheese and horses and my pronouns are she and her.”

“That’s three things,” says the tall one, squinting with painted-on maturity. “I’m Verity and I’m in third grade and my pronouns are she and her.”

“My pronouns are he and him,” Harley says, which I know because we’ve been texting constantly for the last few days and at some point Harley just sent he/him with a thumbs-up, and then we kept talking about the time that the Proud Muffin hosted a pole-dancing club and they tried to set up some foldable poles in the community space, but one of them fell and hit the emergency fire alarm and everybody kept trying to dance in their neon G-strings and eight-inch platform boots when the fire trucks came.

It’s only after getting through that whole story again in my head that I realize Dean and Verity are staring at me: polite, waiting.

The little siblings “ooooooooh,” like that’s interesting. Exciting, even.

“Thanks,” I whisper to Harley over Dean’s and Verity’s heads.

“No worries,” Harley whispers back. “They might ask every time they see you, though. We do pronouns every morning with juice and a quick rundown of our dreams. In case you were wondering, I had pineapple-orange juice and I dreamed about electric eels filling up the library. It made me anxious at first, but then I taught them how to read and they taught me how to shock people.” 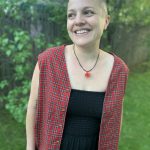 A. R. Capetta (all pronouns), the author of Echo After Echo and The Lost Coast, has lived in Austin and worked as a professional baker and holds a master of fine arts in writing for children and young adults from Vermont College of Fine Arts. A. R. Capetta is married to author Cory McCarthy, and they live in Vermont with their young baker.

Previous Post: « Three Keys to Writing a Novel From a Boston Public Library Writer-in-Residence
Next Post: Black History Is Made Year-Round »
The #BooksSaveLives auction is now OPEN! Thanks to