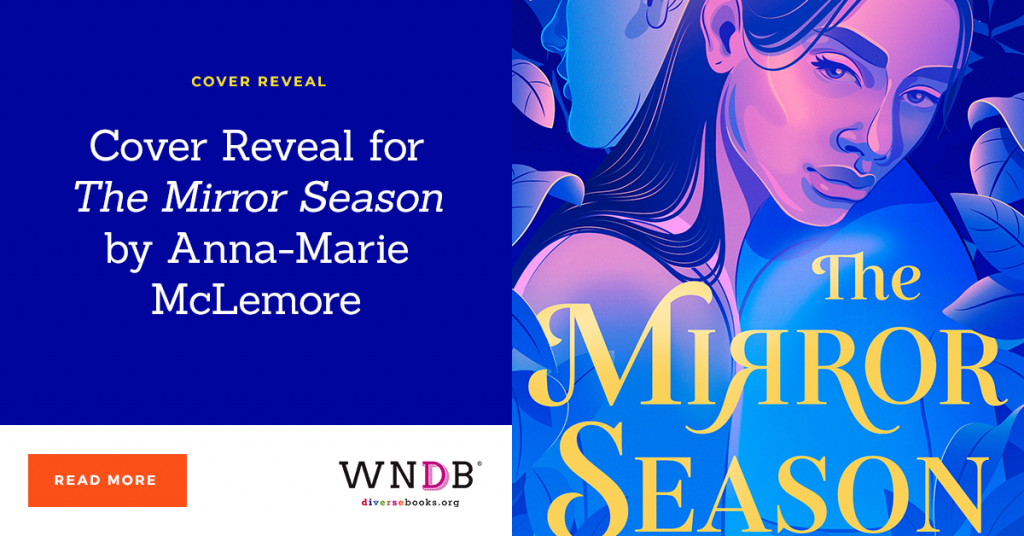 Today we are thrilled to reveal the cover for The Mirror Season by Anna-Marie McLemore. The book will be released on March 16, 2021, by Feiwel & Friends. Preorder here! 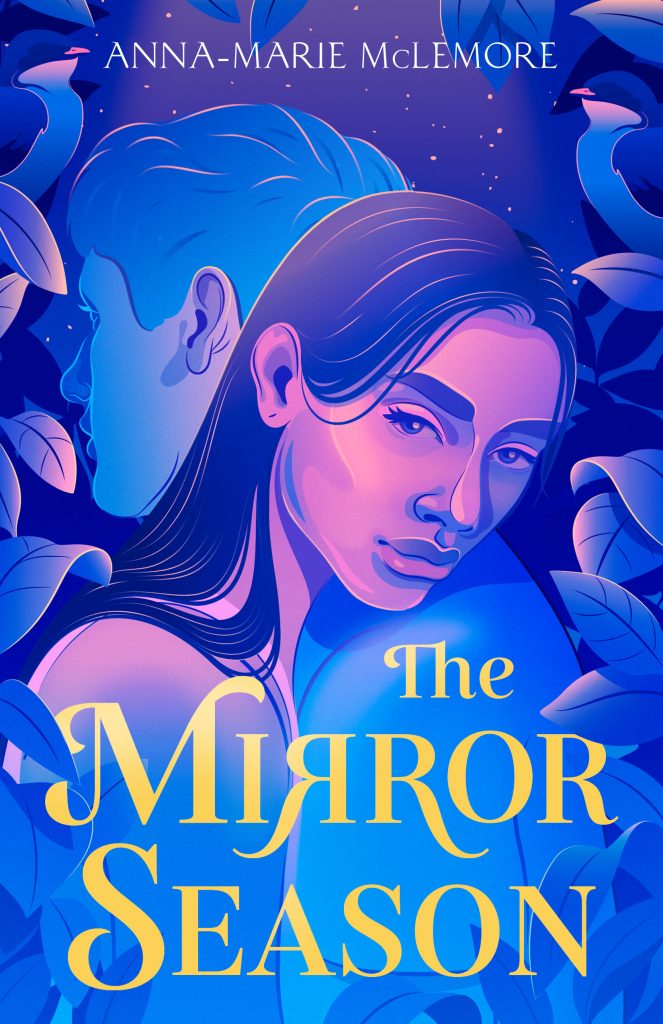 When two teens discover that they were both sexually assaulted at the same party, they develop a cautious friendship through her family’s possibly-magical pastelería, his secret forest of otherworldly trees, and the swallows returning to their hometown, in Anna-Marie McLemore’s The Mirror Season…

Graciela Cristales’ whole world changes after she and a boy she barely knows are assaulted at the same party. She loses her gift for making enchanted pan dulce. Neighborhood trees vanish overnight, while mirrored glass appears, bringing reckless magic with it. And Ciela is haunted by what happened to her, and what happened to the boy whose name she never learned.

But when the boy, Lock, shows up at Ciela’s school, he has no memory of that night, and no clue that a single piece of mirrored glass is taking his life apart. Ciela decides to help him, which means hiding the truth about that night. Because Ciela knows who assaulted her, and him. And she knows that her survival, and his, depend on no one finding out what really happened.

Like your other work, this book is magical realism. Can you tell us anything about the particular magic system in The Mirror Season or how magic plays a role in this story?

The first spark for The Mirror Season came a couple of years ago, after I made the decision to report a sexual assault. And I kept reading this old copy of “The Snow Queen,” and wondering about the title character. What happened to her that she became so at home in ice? What made her into the Snow Queen?

As I got deeper into envisioning a story of a Latina SA survivor, I kept coming back to this part of “The Snow Queen” about the enchanted mirror. And I ended up going with that idea of mirrors, and this girl becoming haunted by pieces of enchanted broken glass that wreck everything they touch. It’s magic that is literally trying to get you to face what has happened to you and what you have become, but that does it with a million jagged corners and sharp edges. That’s how I felt reporting, that looking at what had happened to me close enough to understand it might save me but also destroy me. I think that’s maybe how a lot of us feel.

As a survivor who struggled with creative writing after my assault, I have always wanted to read a story where a survivor struggles with their usual magic as part of the fallout from their trauma. That’s a major element here with Ciela’s inability to make enchanted pan dulce after her assault. Why pan dulce, and why did you want to write a story where a character’s magic is affected by their recovery after trauma?

(I’m so sorry this is a familiar topic to you, and I really appreciate you having this conversation with me.)

Maybe it’s partly because I’m Latinx, because I grew up in the kitchen, because I grew up hearing my family’s stories, but both food and magic are languages to me. I love cooking and baking, and I love writing about food. It’s nourishing and sensory, and it speaks to who we are and where we come from. And pan dulce is something that has special resonance to me. It’s not only beautiful and complex, it’s a skill. It’s its own language.

And because Ciela holds that language deep in her heart, her magic gets rattled by trauma, the same way that so much of what felt like my own magic got rattled. But we as survivors are more than we’ve survived. We deserve magic. We find magic. We make it. Ciela finds ways back into her own magic with pan dulce by helping Lock with his secret forest, and by confronting the mirrors that are trying to make her face what happened.

Another element that drew me to this book is the relationship between two survivors who are grieving, healing, and surviving together. Why did you want to highlight the way survivors can show up for each other and be a part of each other’s journey?

When I reported, I reported with another survivor who’d been assaulted by the same person. We knew reporting would have very real implications for our lives, but this boy who’d survived the same thing I’d survived told me he was in for coming forward if I was in. He was ready to tell his story not just to try to get justice for himself, but to try to help me get justice and to help make sure what happened to us wouldn’t happen to anyone else. That’s survivors showing up for each other. That’s love.

What other books do you think The Mirror Season is in conversation with?

Pointe by Brandy Colbert, Written in the Stars by Aisha Saeed, and Exit, Pursued by a Bear by E.K. Johnston are books that each grabbed me by the heart, spoke to me in ways I desperately needed, and have stayed with me ever since. I don’t know if I would have written The Mirror Season without them.

This isn’t so much a question I wish I were asked more often as a question I hope I do get asked as The Mirror Season goes out into the world: why did I write about two kinds of SA survivors who we may not see as often in mainstream narratives, a queer girl of color and a boy?

I wrote about Ciela, a queer Latina girl, because that’s how I identified when I was assaulted. That was my experience. And it’s still part of my experience as a nonbinary survivor. I am Latinx, I am queer, I still have a part of me that identifies as a girl, and there wasn’t a single part of my identity that wasn’t impacted by what I survived and by reporting. I’m also nonbinary. There’s a part of me that identifies as a boy, and trauma took a wrecking ball to the process of me embracing my full gender identity and coming out as trans and nonbinary. I’m only now really claiming that part of me. So I had to write about a survivor who’s a queer Latina girl and a survivor who’s a boy because I am queer, I am Latinx, I am a girl, I am a boy, and I am a survivor. 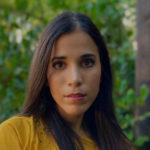 Anna-Marie McLemore was born in the foothills of the San Gabriel Mountains and taught by their family to hear la llorona in the Santa Ana winds. They are the author of The Weight of Feathers, a finalist for the 2016 William C. Morris Debut Award; 2017 Stonewall Honor Book When the Moon Was Ours, which was longlisted for the National Book Award in Young People’s Literature and was the winner of the James Tiptree Jr. Award; Wild Beauty, Blanca & Roja, Dark and Deepest Red, and The Mirror Season.

Alaina (Lavoie) is the communications manager of We Need Diverse Books. They also teach in the graduate department of Writing, Literature, and Publishing at Emerson College and are a book reviewer for Booklist. Alaina received a 2017 Bookbuilders of Boston scholarship for their work in the publishing industry. Alaina’s writing has been published in New York Times, Teen Vogue, Cosmopolitan, Refinery29, Allure, Healthline, Glamour, The Oprah Magazine, and more. Alaina currently lives in Boston with their wife and two literary cats. Follow Alaina @AlainasKeys on Instagram and Twitter.