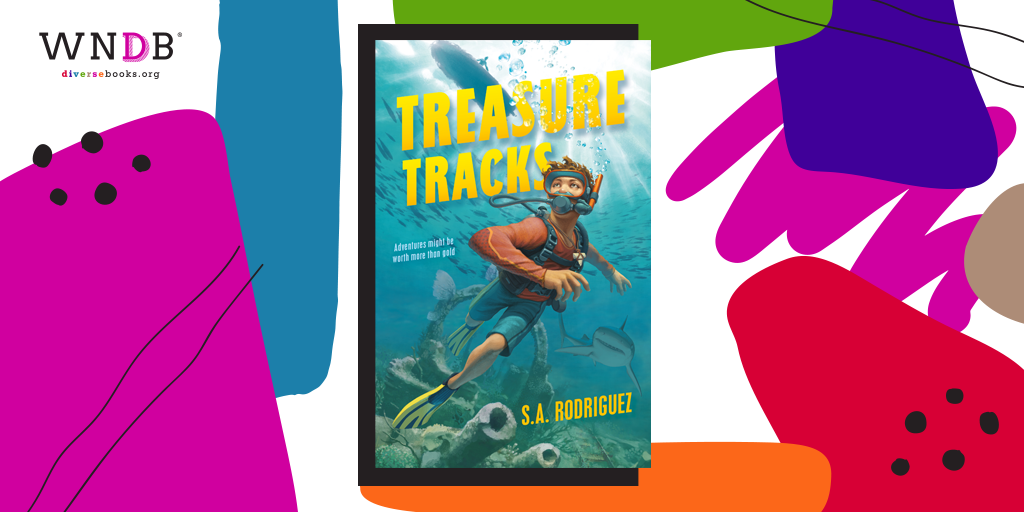 Today we’re thrilled to reveal the cover for Treasure Tracks by Sallie Anne Rodriguez! The cover was illustrated by Antonio Javier Caparo. The jacket and book were designed by Trisha Previte. The book was edited by Wesley Adams and will be released on June 28, 2022 by Farrar, Straus and Giroux. Preorder the book here.

Twelve-year-old Fernando “Fin” joins his grandfather on a secret quest to find a long-lost treasure swept to sea. But when their first mission takes a near-deadly turn, leaving his abuelo weak and unable to speak, Fin’s left to navigate the hunt alone. Well, not exactly alone—his boring, totally unadventurous dad agrees to help out. With danger lurking at every turn, Fin dives into the mission in order to save Abuelo’s life. But between Dad’s constant worrying, unwanted diving babysitters, and harrowing encounters in the deep sea, the boy finds himself in a race against time to locate the treasure. If he can’t succeed, he fears he might lose Abuelo for good.

Treasure Tracks is a fast-paced story filled with heart and humor about the bonds of family, the meaning of a legacy, and most of all, the discovery of true treasure. 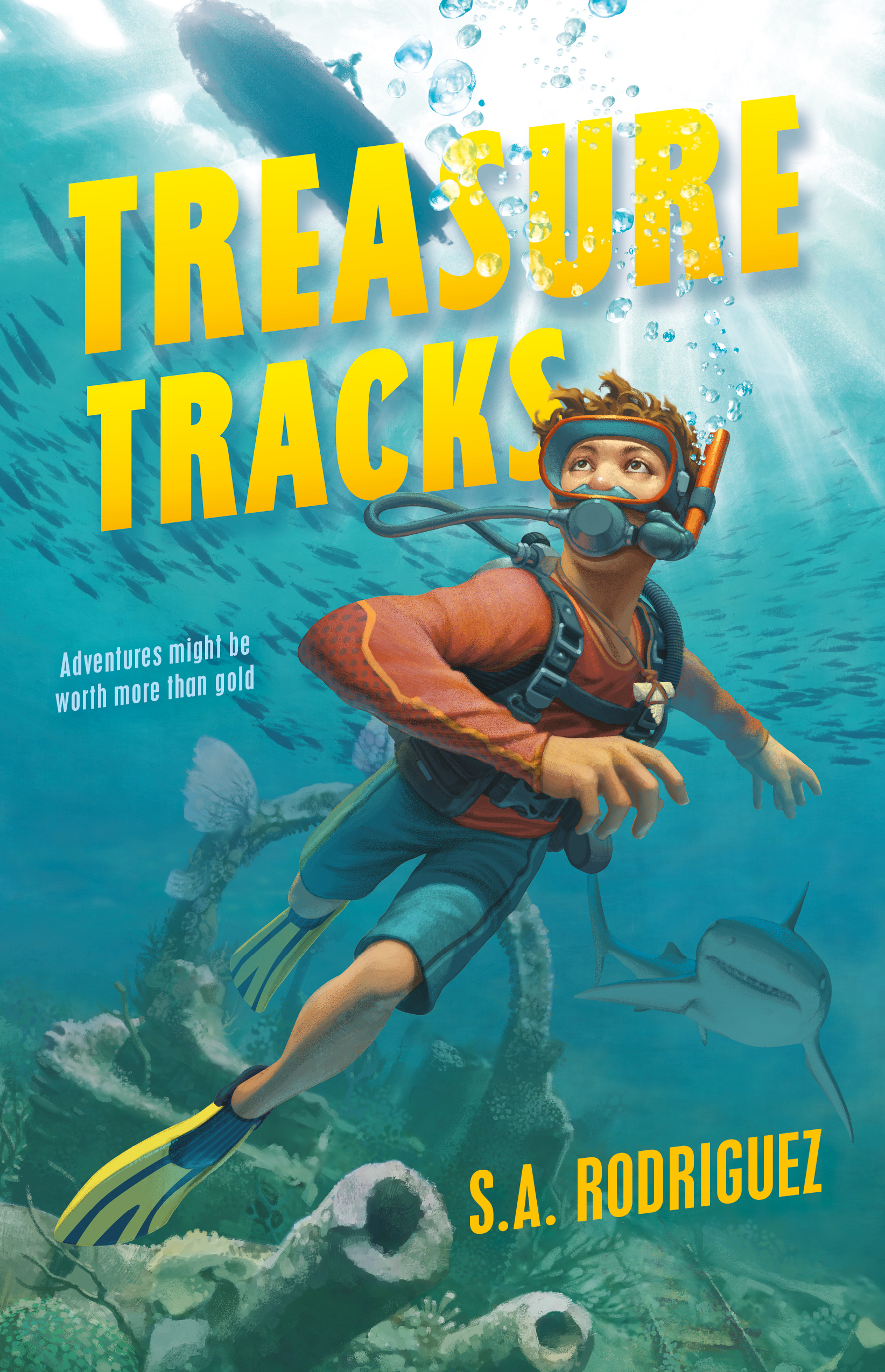 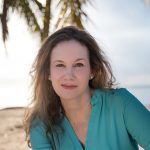 S. A. Rodriguez is a writer, researcher, and former head of U.S. Hispanic marketing for Citibank, where she spent her career supporting diversity initiatives. She studied Communications at Loyola University in New Orleans and holds a Master of Business Administration degree from the University of Miami. She enjoys living near the coast of Miami with her family. Treasure Tracks is her first novel. sarodriguezbooks.com

Previous Post: « Q&A With Janella Angeles, When Night Breaks
Next Post: Cover Reveal for The Hair Book by LaTonya Yvette, Co-authored and Illustrated by Amanda Jane Jones »
We're thrilled to reveal the cover for TOKYO NIGHT