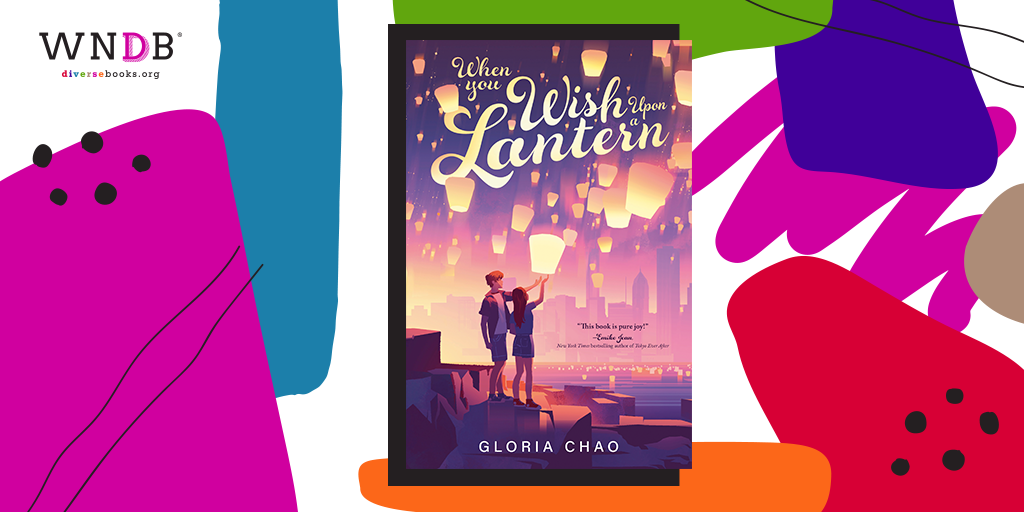 Today we’re thrilled to reveal the cover and an exclusive look at the jacket wrap art for When You Wish Upon a Lantern by Gloria Chao! The cover was illustrated by Kat Tsai and designed by Kaitlin Yang. The book will be released on February 14, 2023 by Viking Books for Young Readers. Preorder it here.

Acclaimed author Gloria Chao creates real-world magic in this luminous romance about teens who devote themselves to granting other people’s wishes, but are too afraid to let themselves have their own hearts’ desires—each other.

Liya and Kai had been best friends since they were little kids, but all that changed when a humiliating incident sparked The Biggest Misunderstanding Of All Time—and they haven’t spoken since.

Then Liya discovers her family’s wishing lantern store is struggling, and she decides to resume a tradition she had with her beloved late grandmother: secretly fulfilling the wishes people write on the lanterns they send into the sky. It may boost sales and save the store, but she can’t do it alone . . . and Kai is the only one who cares enough to help.

While working on their covert missions, Liya and Kai rekindle their friendship—and maybe more. But when their feuding families and their changing futures threaten to tear them apart again, can they find a way to make their own wishes come true? 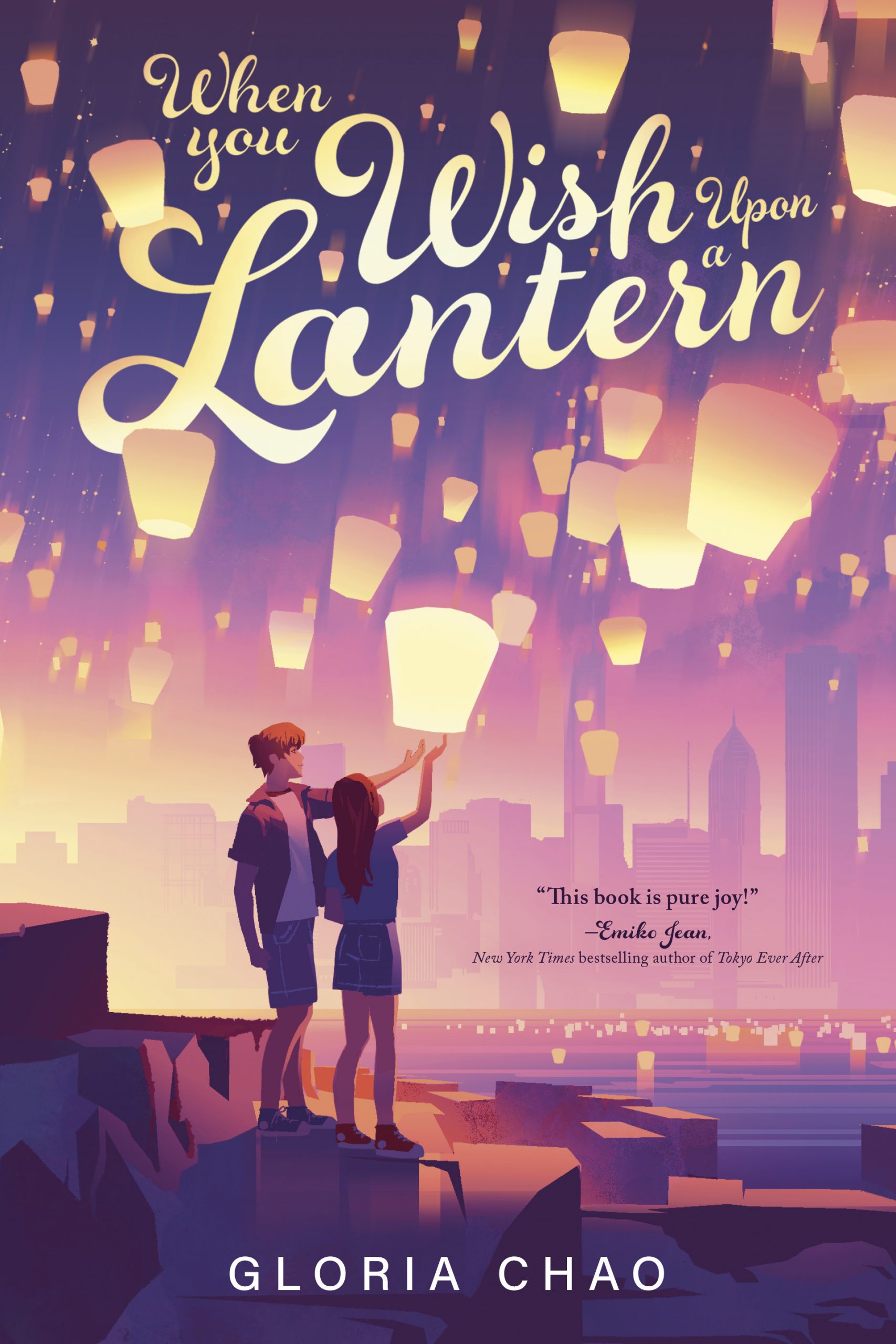 From author Gloria Chao, on the inspiration for the book:

I wanted to write a contemporary book that felt like magic, with the magic coming from kind acts for others. The main character, Liya, makes wishes come true for members of her community and customers of her family’s wishing lantern shop behind the scenes, unseen. This book is also my love letter to my culture, featuring some of my favorite Chinese traditions, holidays, food, folk tales, and more. With this story, I wanted to create a tight-knit community that readers could feel a part of, and I hope to remind readers that even though it’s rare, magic can be found in the real world. But sometimes you have to make your own magic. 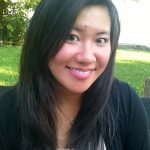 Gloria Chao is the critically acclaimed author of American Panda, Our Wayward Fate, Rent a Boyfriend, and When You Wish Upon a Lantern. After a brief detour as a dentist, she is now grateful to spend her days in fictional characters’ heads instead of real people’s mouths. When she’s not writing, you can find her on the curling ice, where she and her husband are world-ranked in mixed doubles. Visit her tea-and-book-filled world at GloriaChao.wordpress.com, and find her on Twitter and Instagram @GloriacChao.