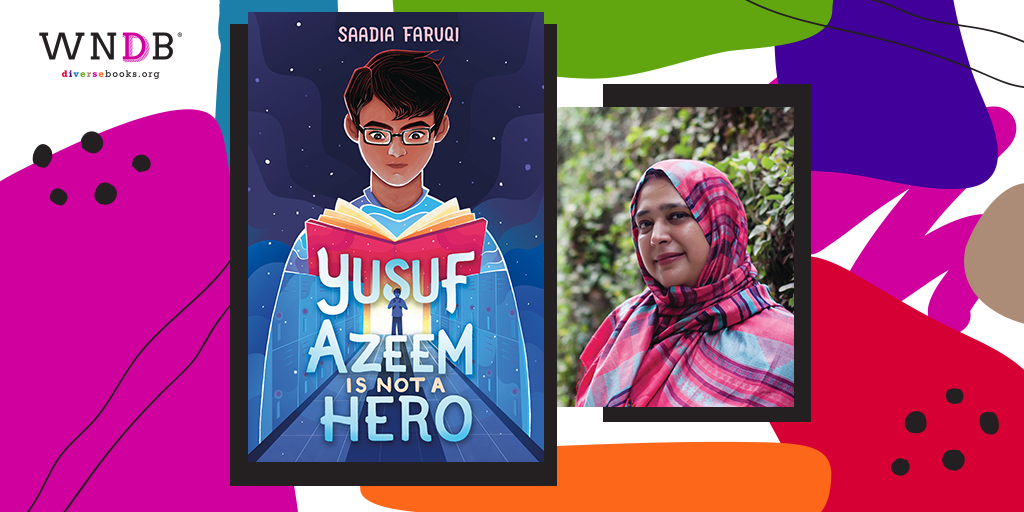 Today we are thrilled to reveal the cover for Yusuf Azeem is Not a Hero by Saadia Faruqi. The book cover was illustrated by Hazem Asif and designed by David Curtis. The book will be released on September 7, 2021, by Quill Tree Books. Pre-order the book here.

Yusuf Azeem has spent all his life in the small town of Frey, Texas—and nearly that long waiting for the chance to participate in the regional robotics competition, which he just knows he can win.

Only, this year is going to be more difficult than he thought. Because this year is the twentieth anniversary of the 9/11 terrorist attacks—an anniversary that has everyone in his family on edge. After reading his uncle’s journal from that time, Yusuf feels like he almost understands what the nation’s fear and anger felt like.

With “Never Forget” banners everywhere and a hostile group of townspeople protesting the new mosque, Yusuf realizes that the anger hasn’t gone away. And soon, he will have to stand up to the bullies, with understanding, justice, and love. 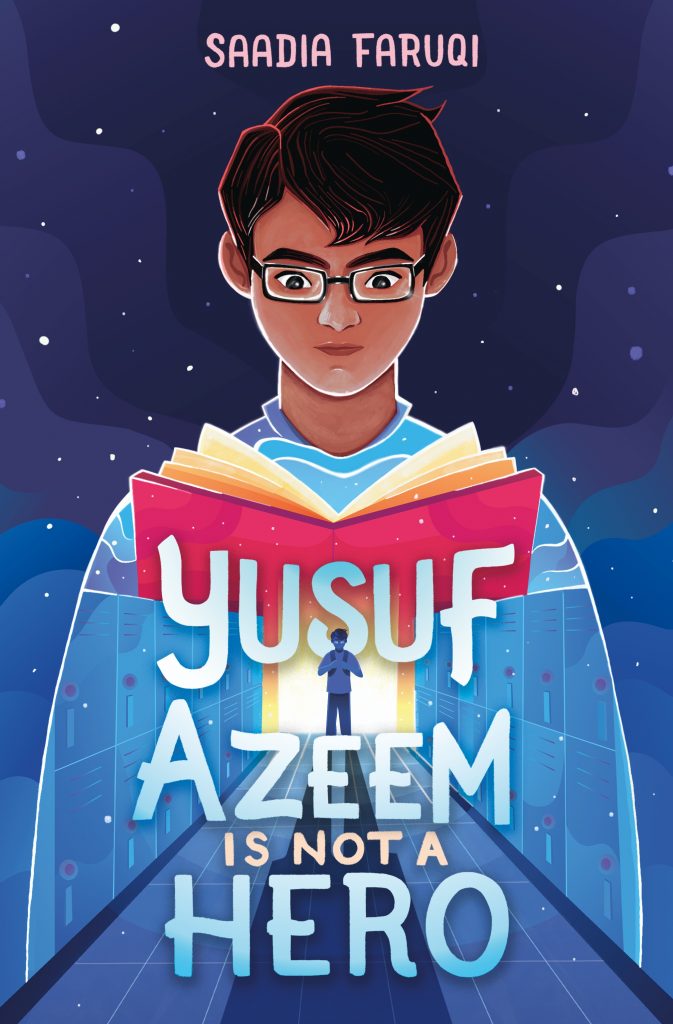 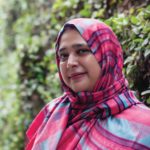 Saadia Faruqi is a Pakistani American author, essayist, and interfaith activist. She writes the children’s early reader series “Yasmin” published by Capstone and other books for children, including middle grade novels “A Place At The Table” (HMH/Clarion 2020) co-written with Laura Shovan, and “A Thousand Questions” (Harper Collins 2020). She has also written “Brick Walls: Tales of Hope & Courage from Pakistan” a short story collection for adults and teens. Saadia is editor-in-chief of Blue Minaret, a magazine for Muslim art, poetry, and prose, and was featured in Oprah Magazine as a woman making a difference in her community. She resides in Houston, TX with her husband and children.