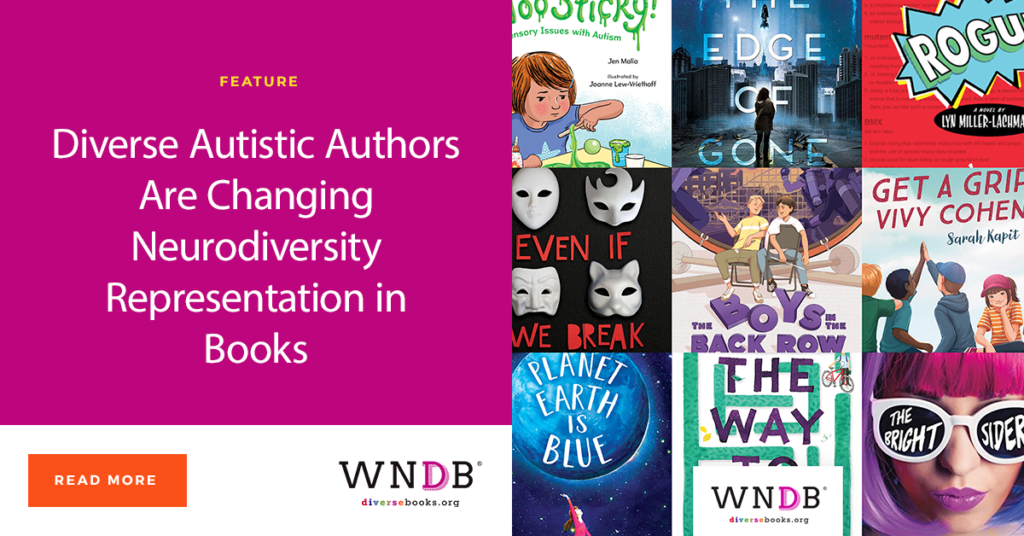 The first time I encountered an autistic character in a chapter book was Ann M. Martin’s The Baby-Sitters Club series in an installment called Kristy and the Secret of Susan. Kristy, the titular protagonist babysitter, is assigned to look after 8-year-old Susan, a talented, non-speaking, autistic piano player with calendar recollection skills that neighborhood kids exploit while Kristy tries to help her make friends. When my parents explained my autism diagnosis to me at age 9, Kristy and the Secret of Susan was my only prior exposure to the word “autism.” Thankfully, my parents explained autism through the lens of the Harry Potter series instead. If they chose The Baby-Sitters Club, I’d have been baffled because my young self simply did not relate to Susan, at all.

Had an autistic author written a more vivid version of Susan’s inner world or I’d been exposed to a different autistic character, perhaps I’d have replied to my mom with a “like so-and-so” and not have latched onto my love for Harry Potter. The autism landscape in media representation makes very small steps towards progress, but whatever representation we get withstands the test of time. I am still telling people I am not like Rain Man; the movie was released six years before I was born. A television show featuring an autistic actress playing an autistic character first debuted this spring, but neurodiversity has been increasing in literature much more rapidly than in TV and film.

Enter: Autistic and disabled authors seeking to change the conversation surrounding neurodiversity in children’s literature, especially multiply-marginalized writers. Publishing overall shows a lack of disabled industry professionals, with 89 percent non-disabled authors, according to Lee & Low’s 2019 diversity survey, but people with disabilities comprise 26 percent of Americans. Based on current estimates, 1 in 54 people the U.S. will be identified as having an autism spectrum disorder, which closes previously existing racial disparities between diagnoses, and boys are identified at higher rates. It’s partly why Jen Malia, an autistic professor of English at Norfolk State University and author of Too Sticky! Sensory Issues With Autism, wrote her protagonist, 7-year-old Holly, as an autistic girl. “Holly is a composite character based on both my own and my daughter’s experiences living with autism and sensory issues,” Malia told We Need Diverse Books.

Reading about adult autistic characters created by autistic authors has been life-changing for me, such as Stella in Helen Hoang’s romance novel The Kiss Quotient, which proved autistic women can have the happily ever after in the romance genre and drawing upon Hoang’s own experiences. Stella reminded me of my friends, but younger readers should be exposed to autistic-written stories about autistic people earlier on. Malia explained to me that Too Sticky “is not so much a story about autism as a story about a girl who happens to be autistic. She goes about her everyday life, eating breakfast with her family and talking to her classmates at school. She has challenges, such as her anxiety about sticky hands, and strengths, like her knowledge of the science of slime. She simply experiences the world differently.”

Experiencing the world differently is something so many autistic folks know, especially if we have other marginalized identities such as race, ethnicity, gender, additional disabilities, religious beliefs, or sexual orientation. “If we’re going to let autistic kids feel seen, we need to be specific and deliberate about it,” Steve Asbell, an autistic author and illustrator, told WNDB. Asbell prioritizes inclusion of autistics of every race, orientation, gender, communication method and ability in their upcoming picture book, Flap Your Hands (Lee & Low Books, 2021). Asbell also illustrates a comic strip, Stimmy Kitty, about an anthropomorphic autistic cat’s experiences in the world. Stimmy has multiple identities, Asbell explains, because “I made a conscious decision to give her brown fur and have developed a human counterpart with brown skin and natural hair.” In addition, Stimmy is also nonbinary because “many autistics experience gender on a spectrum as well. Stimmy is nonbinary, despite using ‘she/her’ pronouns at the moment.”

Mike Jung, an autistic middle-grade writer and author of The Boys in the Back Row, works to incorporate his autistic identity along with ideas of race into his characters. “I’m Asian American, and my kids are mixed race, so all of my protagonists are too. Unidentified Suburban Object is my only book so far that’s driven by questions of racial identity, plot-wise, but race and racism influence the lives of Asian Americans every day, so I’ll always try to weave them into my books on one level or another.”

Adriana White, an autistic, Mexican, and Puerto Rican librarian at Shepard Middle School in San Antonio, Texas, also sees the value of multifaceted experiences surrounding neurodiversity. She wants to see more books with intersectional identities such as autistic people of color and queer autistics. “I’ve seen first-hand the confusion that can accompany an autism diagnosis. Stories of autism from various backgrounds and cultures have the potential to help and guide so many,” she told WNDB.

#OwnVoices in neurodiversity still isn’t the only place we’re seeing autism representations in children’s books, although #OwnVoices deserves heightened recognition. “We have to look for and lift up those voices because we’re here, and we always have been. The ways in which autistic #ownvoices are dismissed or erased are legion, and children’s publishing has always prioritized stories about autistic characters that are written by allistic authors for allistic readers,” Jung explained. 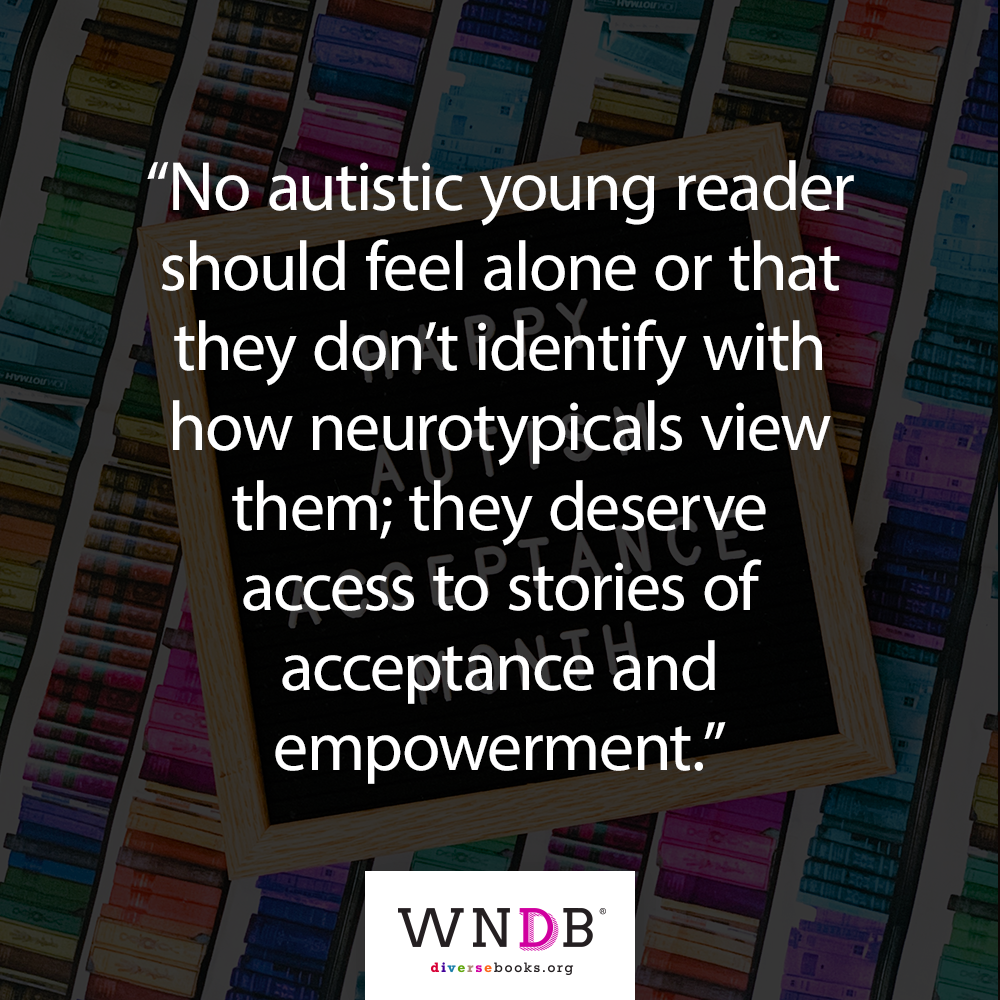 Decades after the publication of Kristy and the Secret of Susan and my first encounter with an autistic character, Ann M. Martin again drew on her experience as an allistic former educator working with autistic students with a new autistic female protagonist in her 2014 novel Rain Reign. “While a book like Rain Reign may get a lot of press and marketing (and recommendations from well-meaning school librarians) because it was written by Ann M. Martin, it doesn’t necessarily mean that the book is correctly representing the life of a child with autism,” White explains. These well-meaning portrayals can be neurotypical kids’ only exposure to autistic characters and inform how they treat us. White adds, “If kids only see stories that portray autism as a negative experience—stories about how difficult autistic siblings are to live with, or stories about how emotionless autistic people supposedly are—then they are not going to react well to the autistic people around them. They may use ‘autistic’ as a slur, without realizing a classmate, or even a teacher, could be on the spectrum.”

But despite the need for neurodiversity in publishing and potential overshadowing of autistic authors, White is hopeful as she adds more neurodiverse books into her school library because “autistic kids may find a mentor, or understand themselves better, or just feel a little less alone in the world.”

We are all a little less alone when we see autistic authors and characters who resonate with our life experiences. No autistic young reader should feel alone or that they don’t identify with how neurotypicals view them; they deserve access to stories of acceptance and empowerment, and perhaps they will become inclusive authors with their own stories to tell.

“It’s a powerful and meaningful thing to know I can write books that reflect and explore their identities as autistic people as well as mine,” Jung said.

That in itself is a very radical and hopeful form of acceptance. 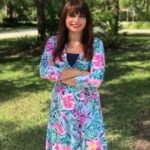 Haley Moss is an autistic attorney, artist, and advocate who is also the author of Middle School: The Stuff Nobody Tells You About and A Freshman Survival Guide for College Students With Autism Spectrum Disorders. She is committed to spreading inclusion, autism acceptance, and fighting for neurodiversity in the workplace and throughout society. You can find her at her website or follow on Facebook, Twitter, or Instagram for hot takes, disability education, and other things that she finds interesting.

Previous Post: « Without WNDB, I Would Never Have Written Another Book. Here’s Why.
Next Post: How to Keep Teens Virtually Connected With Their Friends »
Save the date for the #WalterAwards23! You can now