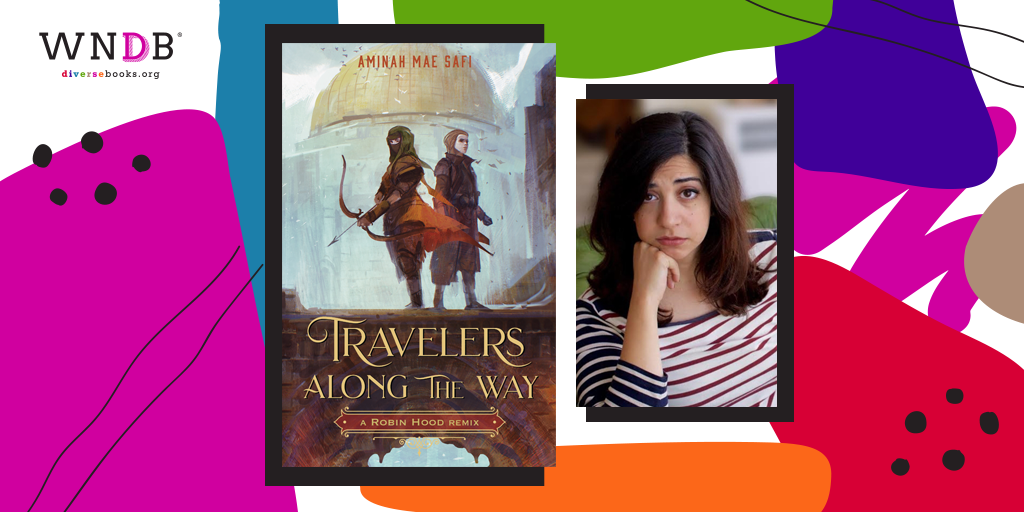 Travelers Along the Way: A Robin Hood Remix by Aminah Mae Safi was released on March 1, 2022.

Jerusalem, 1192. The Third Crusade rages on. Rahma al-Hud loyally followed her elder sister Zeena into the war over the Holy Land, but now that the Faranji invaders have gotten reinforcements from Richard the Lionheart, all she wants to do is get herself and her sister home alive.

But Zeena, a soldier of honor at heart, refuses to give up the fight while Jerusalem remains in danger of falling back into the hands of the false Queen Isabella. And so, Rahma has no choice but to take on one final mission with her sister.

On their journey to Jerusalem, Rahma and Zeena come across a motley collection of fellow travelers—including a kind-hearted Mongolian warrior, an eccentric Andalusian scientist, a frustratingly handsome spy with a connection to Rahma’s childhood, and an unfortunate English chaplain abandoned behind enemy lines. The teens all find solace, purpose and camaraderie—as well as a healthy bit of mischief—in each other’s company.

But their travels soon bring them into the orbit of Queen Isabella herself, whose plans to re-seize power in Jerusalem would only guarantee further war and strife in the Holy Land for years to come. And so it falls to the merry band of misfits to use every scrap of cunning and wit (and not a small amount of thievery) to foil the usurper queen and perhaps finally restore peace to the land. 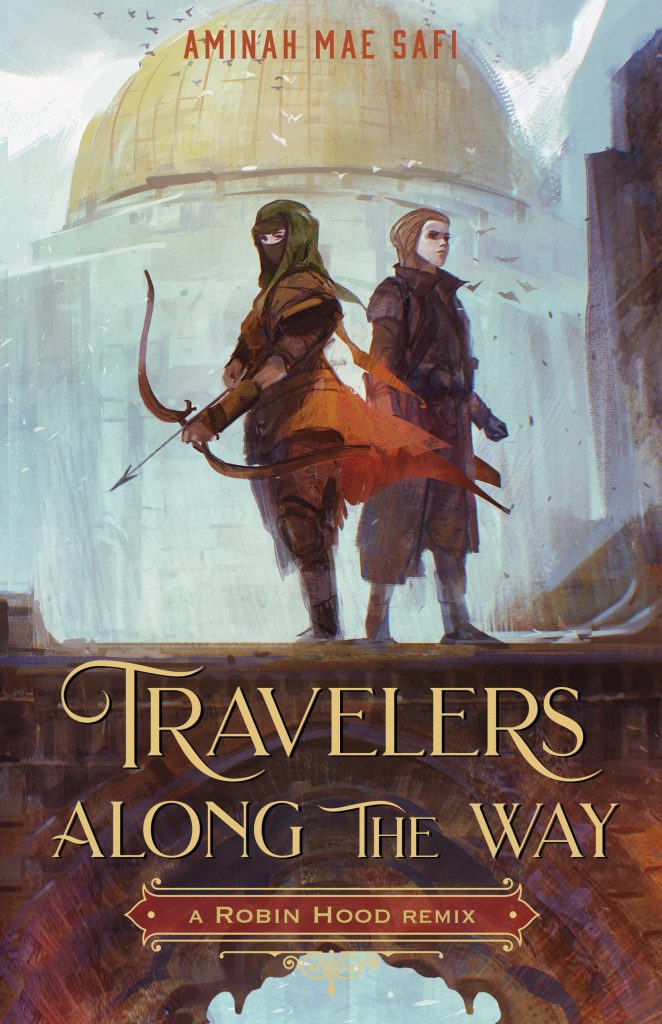 Aminah Mae Safi loves the Robin Hood tale because of how “chaotic good” the original main character is. “He’s not the strongest, not the fastest, not the best at anything except outwitting people,” Safi said, “and willing to always think in the moment about how to solve the problem.”

Safi is the author of multiple books, including the March 2022 installment in the Remixed Classics series, Travelers Along the Way: A Robin Hood Remix. The book is a breathtaking, tightly-plotted reimagining of the Robin Hood story wherein in Rahma Al-Hud is a young Muslim girl fighting in the Holy Land during the Third Crusade. We meet Rahma along with a band of very merry misfits, and over the course of approximately 350 pages Safi weaves a tale rich in history, delight, and misadventures.

“There is a very great power in choosing joy…[it is] integral to the quest for justice,” Safi said. “Taking the problem seriously but also not letting someone take that sense of humor, and not letting someone take away that capacity for joy. That is why Robin Hood has lasted so long. It’s justice but it’s also finding fun in that, in restoring justice.”

I was honored to have the chance to chat with Safi over the phone for this article, and as she spoke about the original Robin Hood tale, her love and genuine appreciation for the story shone through.

In Travelers Along the Way, Safi managed to capture the joy and sense of fun that permeates the original story (and especially the Disney version, with the fox, that so many of us know and love.) But she shared that writing the book was a difficult process.

“[My agent] was like ‘it’s so fun,’ and I was so relieved because it was the hardest thing I’ve ever written,” Safi said. “It was so painful, every day. I care deeply about the story, characters, history and research. I care deeply about honoring every character’s background & experience…no fun in doing that. But it was so satisfying to look back on and be like it was still something fun for others.”

Safi likened the process of writing the book to working out—something that is good and ultimately satisfying, but incredibly painful the moment you’re doing it. 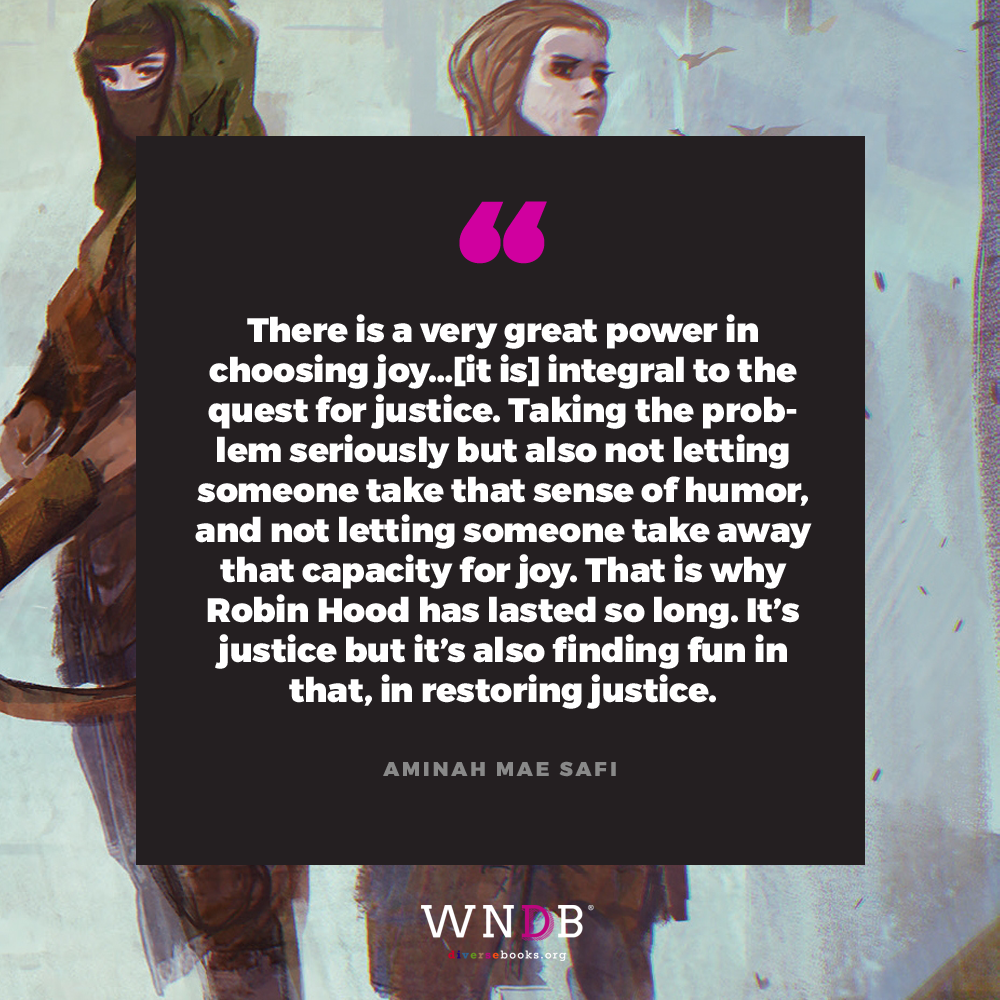 The book follows several disparate characters who come together on a journey. Safi said she couldn’t pick a favorite to write, but that she loved each of them for what they had to offer.

There’s Rahma, the main protagonist and Robin Hood stand-in, whom Safi described as chaotic good, saying, “[It is] fun to write a chaotic good, they’re so charming, even when they’re driving you crazy, you’re like ‘but look at them!’. There’s just something charming about you.”

Rahma is accompanied by her sister Zeena, whom Safi described as a “foil,” saying Zeena is “a justice good.”

Viva and Teni are a girl scientist and a “ray of sunshine,” respectively, while Majid is the boy version of Marian, which Safi said she had fun writing.

“They were all fun for different reasons,” Safi said. “Fun to think about them all in a scene and have lived very different lives, different temperaments, see what they each bring to the table…”

Safi’s big dream for her publishing career, she said, is for it to continue. When I spoke with her before the release of This Is All Your Fault in 2020, Safi shared that she tried valiantly to avoid being a writer. She said in this interview that writing is both a challenge and a joy.

“Getting to tell the stories and share them with so many people, put them on a page and see them published in a beautiful cover that someone else makes you is a dream,” she said. “I hope that I always have the courage to step in and have the courage to fall flat on my face.”

In addition to Travelers Along the Way, publishing in March 2022, Safi has two short stories releasing in 2023. She will be in Out of Our League, an anthology co-edited by Dahlia Adler and Jennifer Iacopelli, as well as an anthology that is a follow-up to 2021’s Battle of the Bands.

As for book she’s read lately, Safi recommended a new translation of 1,001 Nights, translated by Yasmine Seale as well as Alright Alright Alright: The Oral History of Richard Linklater’s Dazed and Confused by Melissa Maerz, which she said was “so cool.” 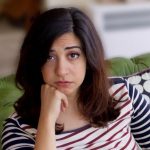 Aminah Mae Safi is a Muslim-American writer. Safi was the winner of the We Need Diverse Books short story contest, and that story appeared in the anthology Fresh Ink. She lives in Los Angeles, California, with her partner and cat. Travelers Along the Way: A Robin Hood Remix is her fourth YA novel, after Not the Girls You’re Looking For, Tell Me How You Really Feel, and This Is All Your Fault.

Previous Post: « Q&A With Harshita Jerath, The Leaping Laddoo
Next Post: The Globe Reads: Using Stories to Build A Global Community »
Applications are open for Literary Agents of Chang