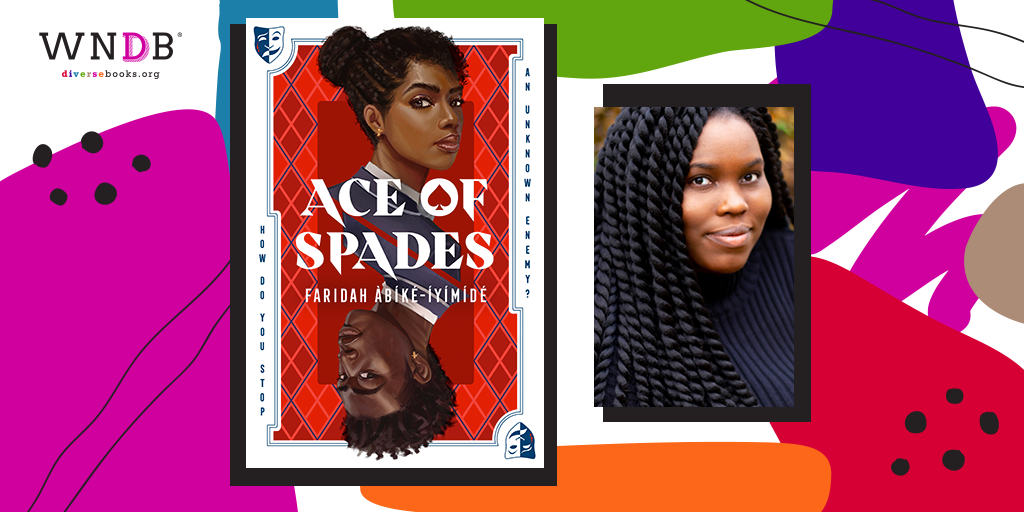 Ace of Spades by Faridah Àbíké-Íyímídé is on sale on June 1, 2021. Check out our cover reveal for Ace of Spades.

Faridah Àbíké-Íyímídé grew up reading and loving stories that were dark and mysterious. To this day, her website indicates that she loves stories where Black kids either save or destroy the world—a distinction that stood out to me, and that I made sure to ask her about when conducting an email interview this past April.

“I loved stories about ghosts, about secret societies, creepy alternate realities where people had buttons for eyes, but I sadly never had the opportunity to see Black kids as the main characters in these stories,” Àbíké-Íyímídé said. “I think when people think of Black joy, a single image pops into their mind of a very upbeat story that is bright and fun. While those stories are so valuable, I think it is equally important to write the stories for the Black children out there who love reading stories that are dark and horrific but equally as fun!”

Her ultimate hope is for a world filled with endless stories for Black kids of a great variety. “I want Black kids everywhere to be able to go into the library or a bookshop and have such a wide selection of stories that not only center them but also represent their interests,” Àbíké-Íyímídé said.

Àbíké-Íyímídé is the debut author of June’s Ace of Spades, a YA thriller that’s Gossip Girl meets Get Out, and when talking about her inspiration for the novel, she mentioned moving from a very diverse place in South London, where she grew up, to a small and very white Scottish town for university.

“I had a huge culture shock,” she recalled. “I would go days without seeing another person of color—something I wasn’t used to—and would experience so many new microaggressions from white students and professors at the school.”

In addition, Àbíké-Íyímídé is Muslim and does not drink, and wasn’t invited to parties or events. Instead, she found herself using free time after class to watch Gossip Girl. “[I] instantly fell in love with the show,” she said. “I wanted to write something just like it but darker, and so I used my experience of coming to this new environment as well as my love of thrillers and teen drama shows to plot what would become Ace of Spades.” 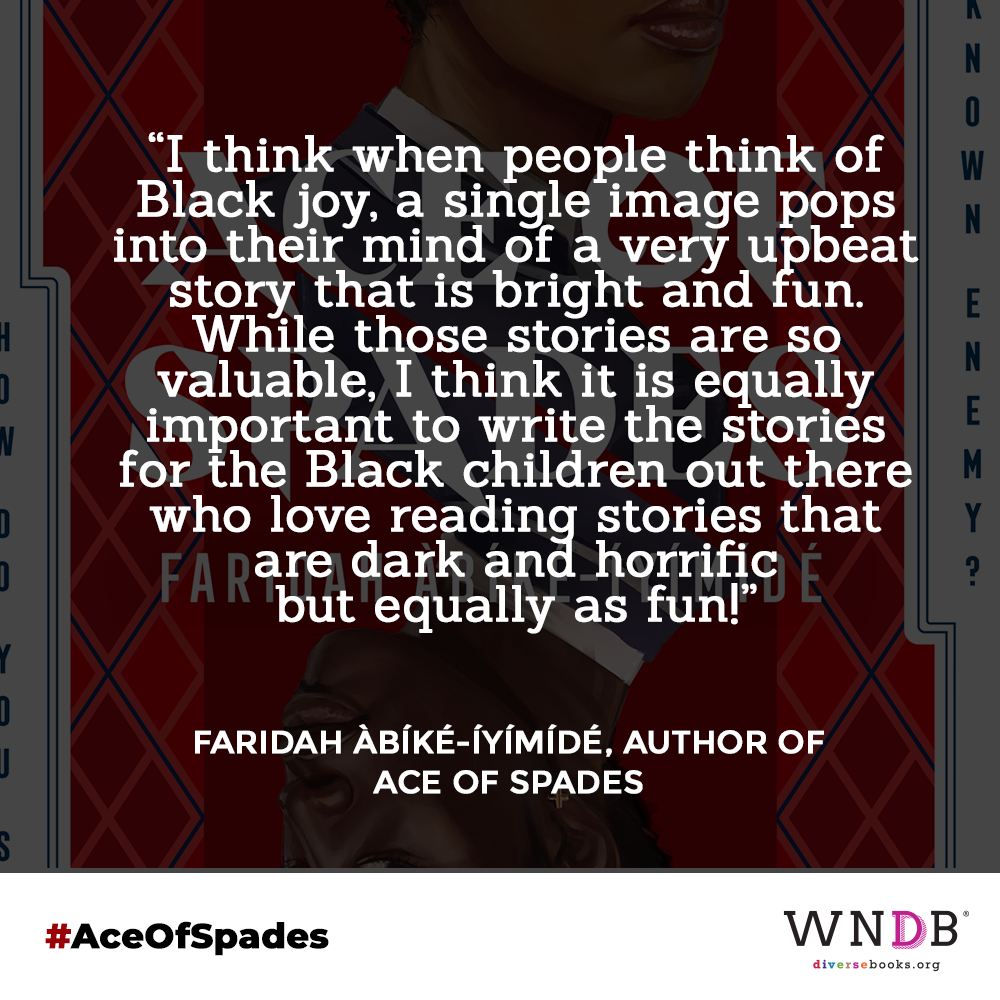 Àbíké-Íyímídé described the story as complicated and said there were times she felt overwhelmed writing it, but arriving at the end was rewarding, and she’s very happy with the ultimate product.

On a similar note, the most difficult part of the writing process was the imposter syndrome that came along with it. “I constantly feel like an imposter,” she said, “but it helps to know that everyone else feels the same way from time to time.”

Though she acknowledged that the book does touch on some dark themes, Àbíké-Íyímídé also said, “I don’t believe in writing something that is completely without light (even though I do love the gothic). I think something people might be surprised to find is that there’s humorous bits too woven in between all the drama and murder.”

As a child, Àbíké-Íyímídé’s mother used to recite to her Nigerian folklore before bed, and Àbíké-Íyímídé recalls wishing she could tell her own “cool” stories someday. Although she struggled with reading and writing as a result of her dyslexia, Àbíké-Íyímídé wrote down what she recalls as essentially Sabrina the Teenage Witch fanfic in her notebooks and then had one of her teachers read them.

The teacher who read those stories, Mrs. H, is one who Àbíké-Íyímídé says to this day is one of the best teachers she’s ever had.

“She always encouraged me and would read all the really weird stories I’d come up with,” Àbíké-Íyímídé recalled. “She once told me to ‘make sure I call her up when I’m a published author someday,’ and her confidence in me was definitely my driving force to continue writing as a teenager and young adult.”

Àbíké-Íyímídé is a firm believer in the power of educators and librarians in encouraging literacy, recalling a local librarian who used to recommend her stories Àbíké-Íyímídé would love.

“My mum, Mrs. H, and the many librarians that encouraged me are the reason I grew to love stories and am able to tell my own today,” Àbíké-Íyímídé said.

In addition to gearing up for the publication of her debut, Àbíké-Íyímídé had a few recent reads to recommend. She highlighted Fangs by Sarah Andersen; Eyes That Kiss in the Corners by Joanna Ho and Dung Ho; and Their Eyes Were Watching God by Zora Neale Hurston.