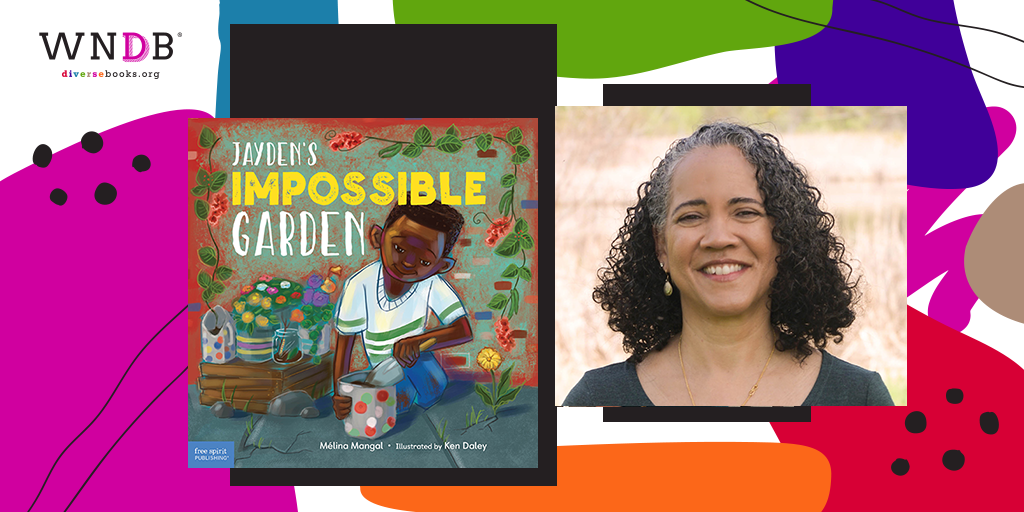 Jayden’s Impossible Garden by Mélina Mangal, illustrated by Ken Daley, is out now. Order it here!

Research says that being out in nature is beneficial for both the mind and body, for adults and kids. But what if you don’t have much nature nearby? What if you live in the city? Anne Cleary writes, “A growing evidence base is showing that exposure to nature, particularly in urban environments, can lead to healthier and happier city dwellers.”

Many kids, especially African American kids and other children of color, live in densely-populated urban areas. The reality is that some children are not able to go outside that much, due to lack of space, supervision, or safety. When children are outside, some may not consider the urban outdoors to offer nature. How do we foster engagement with nature in a positive way, no matter the space?

As an African American school library teacher at an urban environmental school, I am always looking for books to encourage the exploration and appreciation of nature, in all its forms. There is a dearth of books recognizing African American kids in nature. My latest book is an effort to help change this.

Jayden’s Impossible Garden is about an African American boy finding nature in his city neighborhood, and helping his mother appreciate it as well. He befriends an elderly man, Mr. Curtis, in his apartment building, and together they have adventures, both real and imagined.

As with Mr. Curtis in the story, many African American elders, like my father and his siblings, grew up spending most of their time outside, keenly aware of the elements and the seasons. However, during the Great Migration, many African Americans left the South, severing ties to the land, wanting to get as far away from the harsh dictates of segregation as possible, only to end up in restrictive and populous cities, often devoid of green spaces.

Mr. Curtis connects Jayden to historic African American involvement with nature. He remembers his past and connection to the land and shares his knowledge and experience, which includes gardening.

Like Jayden, he recognizes that nature isn’t always a lush forest out the back door.

Nature is the nest under the eaves or hidden below piles of autumn leaves. It’s bursting out of cracks in the sidewalk or climbing on brick walls. Sounds of nature echo through market stalls. Jayden and Mr. Curtis invite nature into their world.

Thinking of my own childhood, I wanted my students to see kids like themselves finding and welcoming nature back into their lives. As a child, my siblings and I roamed the woods behind the military housing units where we lived in the upper peninsula of Michigan. We climbed trees, caught bugs, and collected leaves and rocks.

When we moved to the city, I continued to find ways to enjoy nature. One day, I missed the bus to school and had to walk. I discovered that the walk was much more pleasant. I was able to notice the trees, birds, and squirrels along the way. I developed an appreciation of the ways nature signaled changing weather. I found beauty in harsh times, like when cold days made the sidewalk sparkle with glittery ice formations. 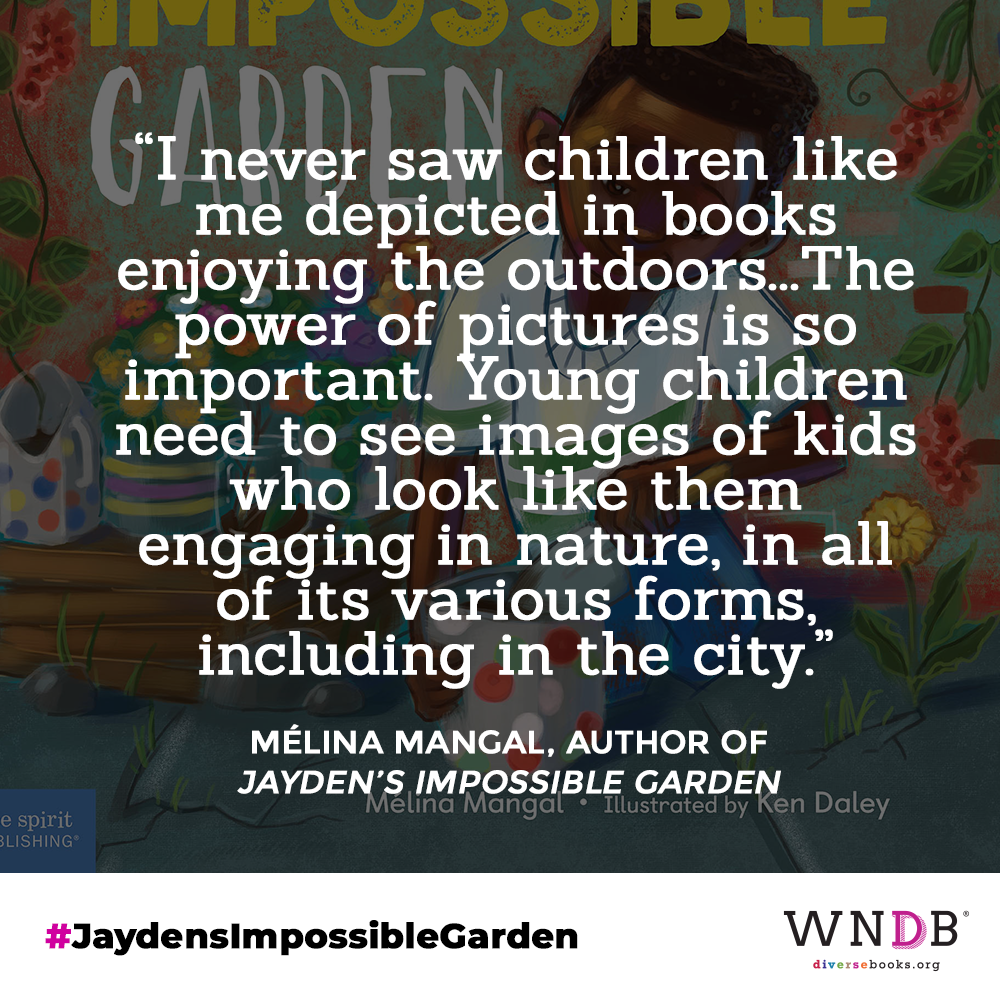 But I never saw children like me depicted in books enjoying the outdoors.

It wasn’t until graduate school that I learned of the book Zeely by Virginia Hamilton. Her book struck a chord in me with its rural setting, imaginative play, and cultural themes.

What about our youngest readers? The power of pictures is so important. Young children need to see images of kids who look like them engaging in nature, in all of its various forms, including in the city. I wanted Jayden to inspire young readers with his love of nature, but I also wanted him to be inspired by the books he reads, and to enjoy fantasy nature play.

To help young readers appreciate the nature around them, encourage them to talk to the elders in their life, asking about their outdoor experiences.

Invite young readers to collect natural objects they find—pebbles, seed pods, pigeon feathers. Help them find or decorate a beautiful box or vessel to hold their treasures. Help them label their finds, or simply display them in a prominent place.

Choose one spot: A patch of grass near the door, a tree outside the window, the evening sky at 5:00 pm. Help young readers focus and observe that spot each day and encourage them to write or draw or talk about their observations.

Listen. Sit with the sounds that surround.

Helping children hone their observational skills will help them appreciate the nature around them, in all its forms. My hope is that through Jayden and Mr. Curtis, Jayden’s Impossible Garden will help more young readers see themselves as cultivators and conservators of their own nature. 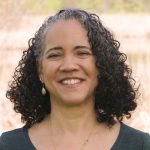 Working at the intersection of nature, literature, and culture, Mélina Mangal’s writing highlights youth whose voices are rarely heard, and the people and places that inspire them to explore their world. She is the author of short stories and biographies for youth, including The Vast Wonder of the World: Biologist Ernest Everett Just, winner of the Carter G. Woodson Book Award and named an NCSS/CBC Notable Social Studies Trade Book for Young People. Mélina also works as a school library teacher in Minnesota and enjoys spending time outdoors with her family, whether it’s in her backyard or hiking in the woods.