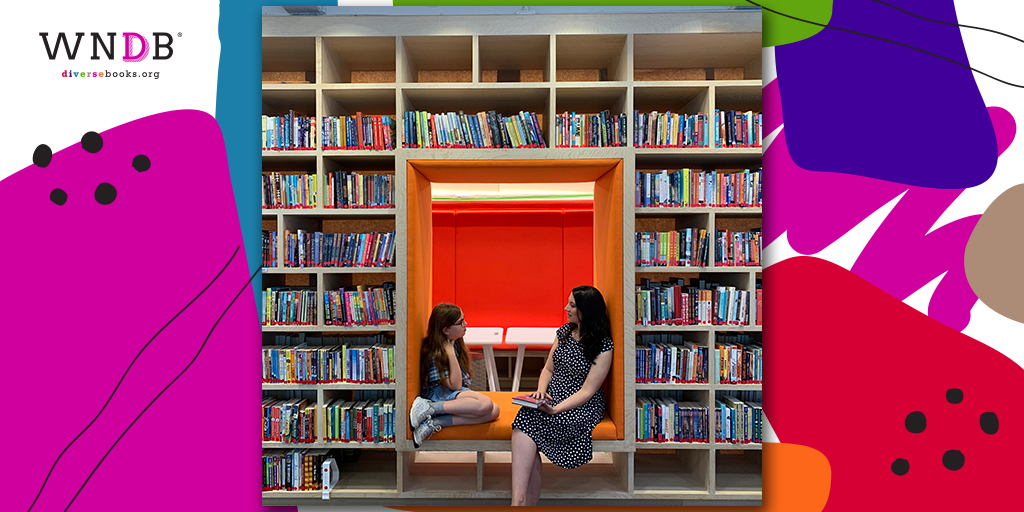 In March 2020, just as the world was going into lockdown, my studio Literary Safari premiered The Story Seeds Podcast. In each episode, kids and authors meet up to grow a child’s story idea, then authors go home and chronicle their writing process, and read-aloud stories they wrote inspired by the collaboration. Our show—hosted by librarian and Fuse 8 blogger Betsy Bird—features authors Jason Reynolds, Carlos Hernandez, Aram Kim, Tracey Baptiste, Susan Muaddi Darraj, and Rajani LaRocca, and Veera Hiranandani. The podcast has a companion activity book, Imagination Lab: Experiments in Creativity.

Along the way, I have learned some important lessons about the production process and about the value of podcasts that I thought would be valuable to share with the WNDB community.

Just as diverse books are important for kids to feel seen, diverse media—whether it is in the form of TV, video games, or podcasts—matters. But how does one go about finding real children from diverse backgrounds?

We began our production process by putting out a call for kids story idea submissions through NYC parent listservs, our mailing list, and School Library Journal. It quickly became clear that this would not be enough. Our submissions were from families who matched up with the profile of podcast listeners over the last decade—they are majority white, 45 percent have a household income of over $75,000, and 45 percent and have four-year college degrees. As we sifted through our pool of potential creative rockstars, we saw that we didn’t receive enough submissions from boys and even fewer submissions from children of color or public school students. Creating media that offers, in the words of Dr. Rudime Sims Bishop, “windows, doors, and mirrors,” takes time. There are no shortcuts, so we extended our production timeline and conducted workshops at schools, libraries, and bookstores.

It was actually through one such workshop at the Brooklyn Public Library that we discovered Irthan, age 12, who you hear on Episode 10: A Worm’s Worth and whom we matched with Jason Reynolds. Irthan was an avid after-school library user, but we didn’t collect his contact information so it took weeks of detective work and help from one intrepid librarian to reach his mother, a busy working, single Black mom, to see if he’d be interested in being on our show.

Spending the extra time on talent search required resources we hadn’t planned for, but it taught us a great deal about the gaps in our initial production process. Irthan gave voice to the often unrepresented young Black boy reader as well as to the child who might be listening who has a variety of creative interests, and doesn’t necessarily see himself as a writer. Likewise, the inclusion of Liyana, a mixed-race young girl who is an introvert and collaborated with Rajani LaRocca on Episode 4: The Hungry Mirror, allows the “quiet ones” to hear themselves represented in media that often excludes them.

Inclusion sometimes goes beyond what is immediately obvious

It is not enough to have a diverse cast, whether it is characters in our stories, our team, or the people featured on our podcast. As producers and editors, we had to also learn to use a culturally responsive approach in our production process; one that drew upon children’s and the author’s individual and shared experiences.

For example, we were actively searching for a mystery author to pair up twelve-year-old Sulaf (and her story idea about a girl who discovers a mystery at the heart of the theater where she works). It was a chance pre-production conversation that led me to discover that what she really wanted in an author match was an Arab American, “an author who looks like me.” We ended up finding a perfect match in Palestinian-American Susan Muaddi Darraj, author of the Farah Rocks series, who not only came from a similar background but also shared Sulaf’s love for Agatha Christie as you hear on one of our most popular episodes, Episode 8: A Girl Who Looks Like Me.

Likewise, sometimes the connections that people have in common go beyond identity. On Episode 4, Heroes and Queens, we matched Cici, a six-year-old white student, with Korean-American author and illustrator Aram Kim to grow her story idea about a superhero cat named Electric Kitty. How did we make this match? We took the time to talk to both of them and learn more about them as people and discovered that both Cici and Aram live in the same part of Queens and share a love of cats. Their collaboration was a rich one that would not have been possible if we had only used a framework that focused on identity alone. 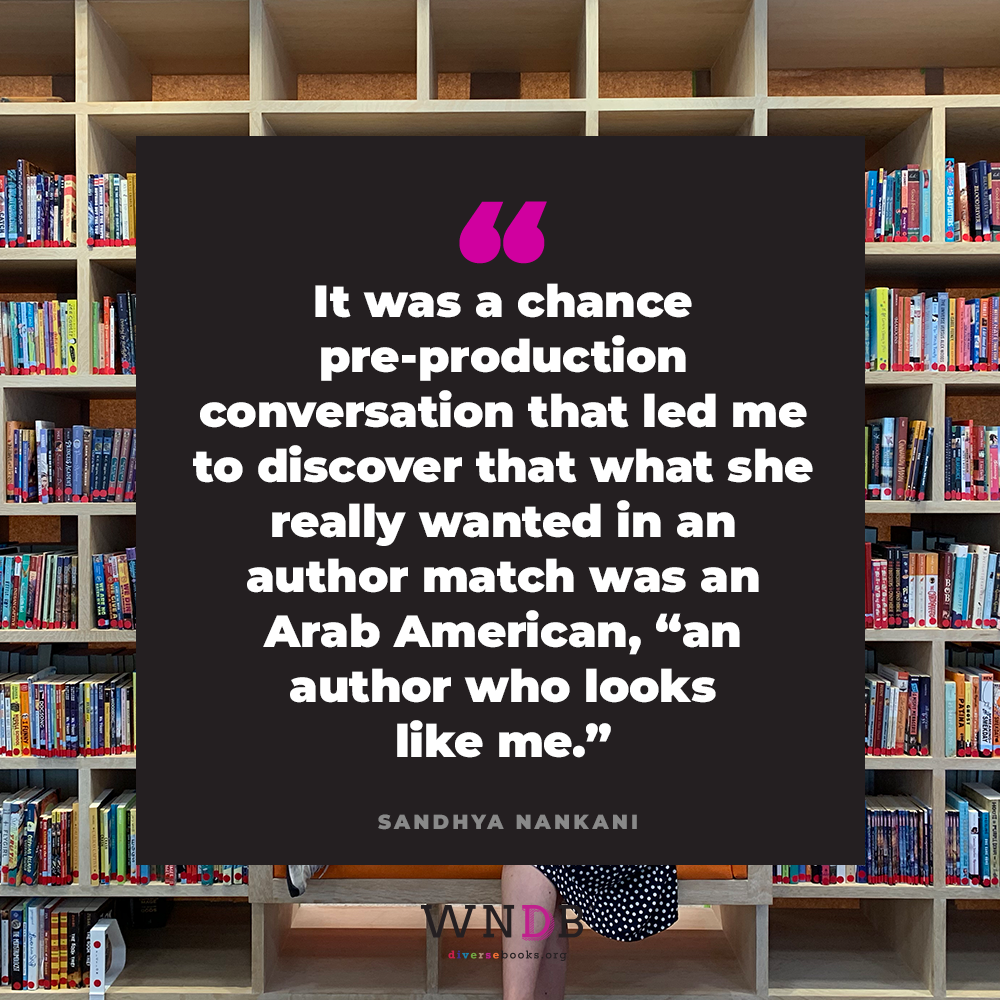 Grownups value and need representation in children’s media too

“I wanted to let you know that months ago, I listened to an episode of Story Seeds Podcast, Episode 8: A Girl Who Looks Like Me—to be exact. And I cried. It was so relatable and deeply moving. It reminded me of how important representation in children’s media is and why I used to dream of creating it. …  It has given me the courage to pursue creative projects that I wasn’t brave enough to do in the past. [A recent] writing class has brought me back to life as a writer … and forced me to write a picture book manuscript about identity and belonging that has been brewing in me for a very long time. Now I’ve started a second manuscript (a picture book biography about an extraordinary and little-known Palestinian educator and organizer) and …my goal is to submit at least one of them to the Lee and Low New Voices contest this summer.”

The primary gatekeepers of children’s media are parents and educators. We pick and choose what our children listen to. But we grownups are also consumers and something to think about is the fact that we should not be ignored as potential audiences.

A decade ago, podcast listeners were nearly three-quarters White, but today, listenership has diversified. There perhaps hasn’t been a better time than now for authors and creators of color to get our stories into the world through podcasting. Here are a few reasons why:

The podosphere is ready for new voices. Could that be yours?

Sign up for summer programs designed to introduce kids ages 7-14 to the wide world of podcasting and equip them with the tools they need to start growing their own podcasts. 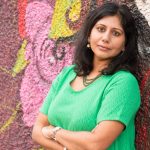 Sandhya Nankani is the creator and executive producer of The Story Seeds Podcast. She is the founder and principal of Literary Safari, a studio based in New York City that has been providing consultancy services and producing inclusive kids’ media and curriculum since 2008 for clients in the education and entertainment space. An award-winning producer, she is also the creator of literacy app HangArt, which was selected one of Best of 2016 EdTech picks by Common Sense Media. Born in Ghana and raised there, in India, and in the United States, Sandhya is a member of the Education Sub-Committee of the Museum of Arts and Design and a founding member of KIDMAP (Kids’ Inclusive and Diverse Media Action Project). Her writing has been published by The Lily (Washington Post), The New York Times, Quartz, Ms. Magazine, Joan Ganz Cooney Center at Sesame Workshop, and Toca Boca Magazine, and she has spoken on topics of representation and creating inclusive kids’ media at conferences including CineKid, Google EdFoo, Games for Change Festival, and UNESCO Forum on Global Citizenship Education.

Previous Post: « Cover Reveal for My Dearest Darkest by Kayla Cottingham
Next Post: We Need Diverse Books Announces the Winners of the 2021 WNDB Internship Grants »
We’re delighted to reveal the cover & full jacke