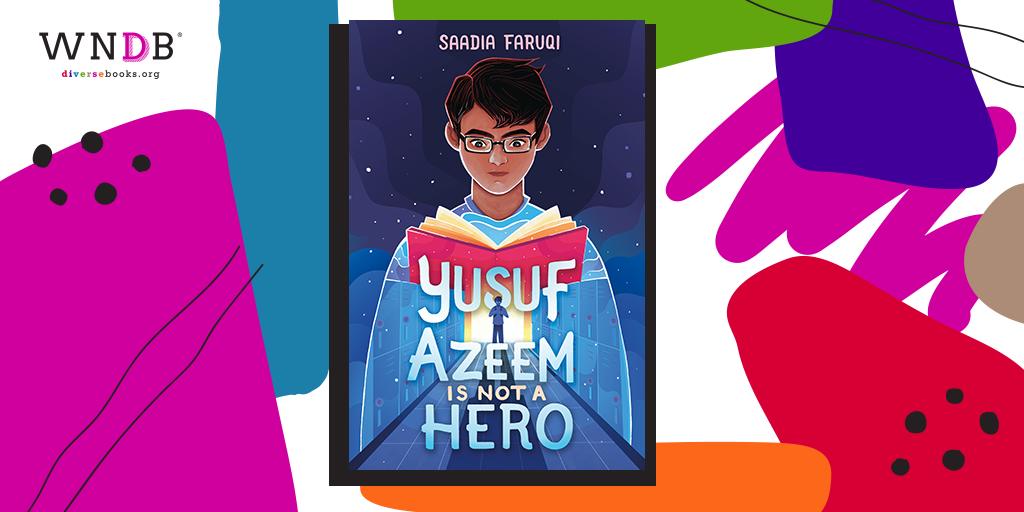 Yusuf Azeem Is Not A Hero by Saadia Faruqi is on sale now.

As the twentieth anniversary of the terrorist attacks of September 11 approaches, many of us—parents, caregivers, teachers—are wondering how to broach the subject with young people who weren’t alive during the traumatic event that shaped our world. While adults can’t believe twenty years have passed—it seems like yesterday and we can all remember where we were when the planes hit—kids and teens have no idea what the big deal is. Many bad things have happened in the past, and they view it just like any other: Pearl Harbor, the Civil War, you name it, it’s all history to them.

The first thing to understand is that 9/11 is more than a historical event, more than something to learn in a history class or module. As an adult, if we don’t realize the significance of these attacks on the last 20 years, we won’t really be able to discuss the topic with the young people in our lives. 9/11 changed everything for everybody, but most of all for the Muslim community in the US and around the world.

Things you may be aware of include airport security and the wars on terror. Things you may not be aware of include everyday discrimination of anyone who looks like the enemy, whether by random screening at the airport, while walking the streets in hijab, or seeking a job. The effect of 9/11 on everyday living has been highlighted by many organizations, such as here and here. Adults in schools often bully Muslim children they’re responsible for, as explained here. Muslims are deemed unwelcome in their communities, as evidenced by anti-mosque activity documented by the ACLU. In this environment, it’s imperative that we unpack all that the last 20 years have wrought, learn from it, and discuss it.

When I began to write my book Yusuf Azeem Is Not a Hero, I couldn’t decide which of the above aspects of discrimination and hatred I should include. I was torn between various awful things I could make happen to my main character, a sweet, nerdy 12-year-old boy called Yusuf. So I decided to throw everything at him and his Muslim community. All the hateful words and bullying acts, the suspicion, and indifference. I made him live in a tiny Texas town, battling a harsh, loud white supremacist group protesting the construction of a mosque.

I did all this to showcase to my young readers what life is like for their peers, and how tense and sad some of their classmates or neighbors may feel. But to balance that, I also included good friends and neighbors, communities full of love and friendship. I did that to assure my young readers that there’s hope ahead, that we can work together to fight forces that want us divided. I wrote about steps that people—both young and old—can take to become allies and to make others feel comfortable. To help each of us belong.

The best way to talk about 9/11 is to actually talk about it. Not just the attacks, but also the repercussions felt all over the world. So many schools don’t address this event at length. It may be a single class period or a couple of readings. So many parents don’t share their experiences on that day with their children. It may be too traumatic for them to relive bad memories, or they may still hold anger in their hearts. But unless we talk about it, we cannot move forward.

My next piece of advice is to create a reading list of books related to 9/11. Publishers Weekly has a good list for 2021 children’s books releasing in time for the 20th anniversary, and previously published books can be found here. Use these stories as starting points for discussion, ask questions, listen to the answers. In Yusuf Azeem Is Not a Hero, a social studies teacher tasks students to write a report on 9/11 after researching and talking to adults about it. The result: a better understanding of what happened not just that day, but the weeks, months, and years following it. 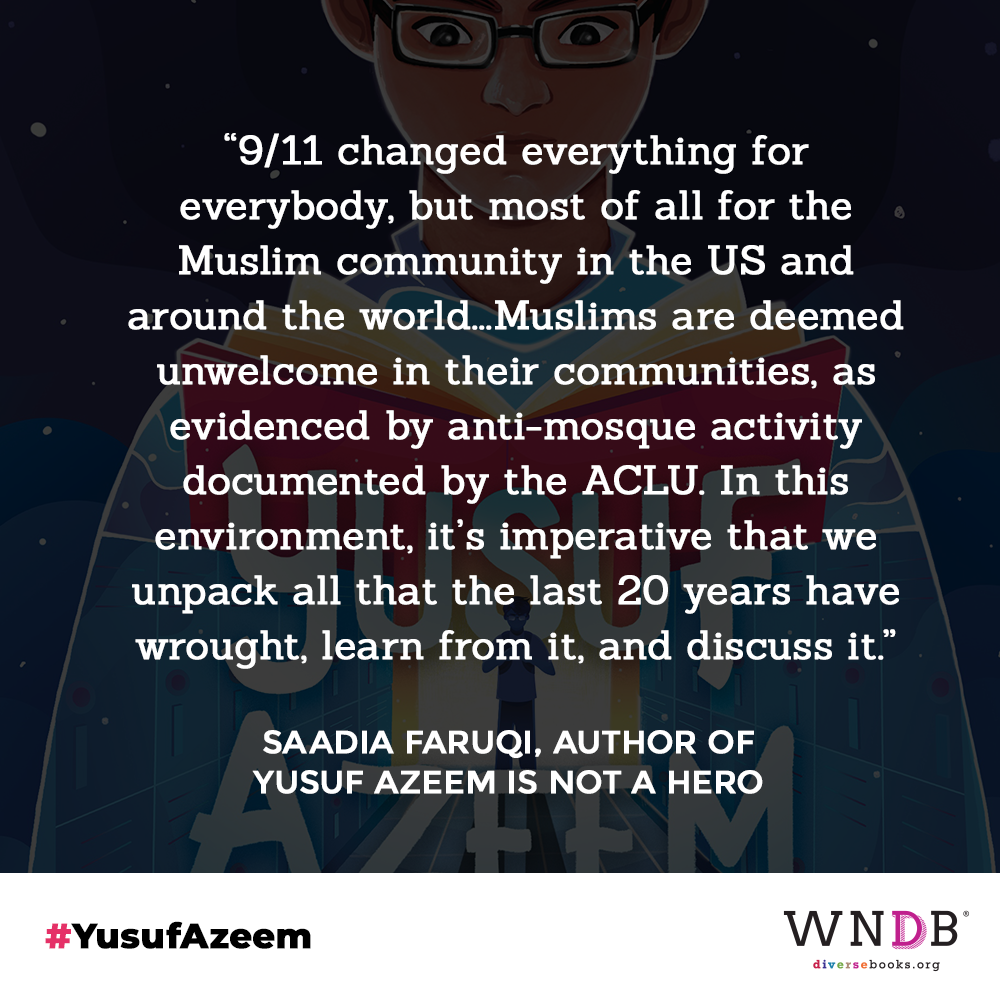 Finally, I suggest discussing ways to ensure that discrimination and hatred for “the other” have no place in our homes and classrooms. I promise you that most young people will be happy to agree with this philosophy. They may even have some wonderful ideas of their own to make that inclusiveness a reality. Whether it’s a school-wide policy of zero tolerance of bullying, or a community-wide interfaith book club, or a free arts festival showcasing local Muslim artists, there are many avenues to get to know someone who looks different and to welcome them with open arms.

Twenty years is a long time to be making mistakes. It’s time we all learned something.

Saadia Faruqi is a Pakistani-American writer, interfaith activist, and cultural-sensitivity trainer. She is the author of the children’s early-reader series Yasmin, the middle grade novel A Thousand Questions, and the coauthor of the middle grade novel A Place at the Table. She was profiled in O magazine as a woman making a difference in her community and serves as editor in chief of Blue Minaret, a magazine for Muslim art, poetry, and prose. She resides in Houston, TX, with her family.

Previous Post: « Janae Marks’ A Soft Place to Land Is a Wholesome, Warm-hearted Story for All Kids
Next Post: Bravo Anjali Embodies Truth for Children »
Save the date for the #WalterAwards23! You can now