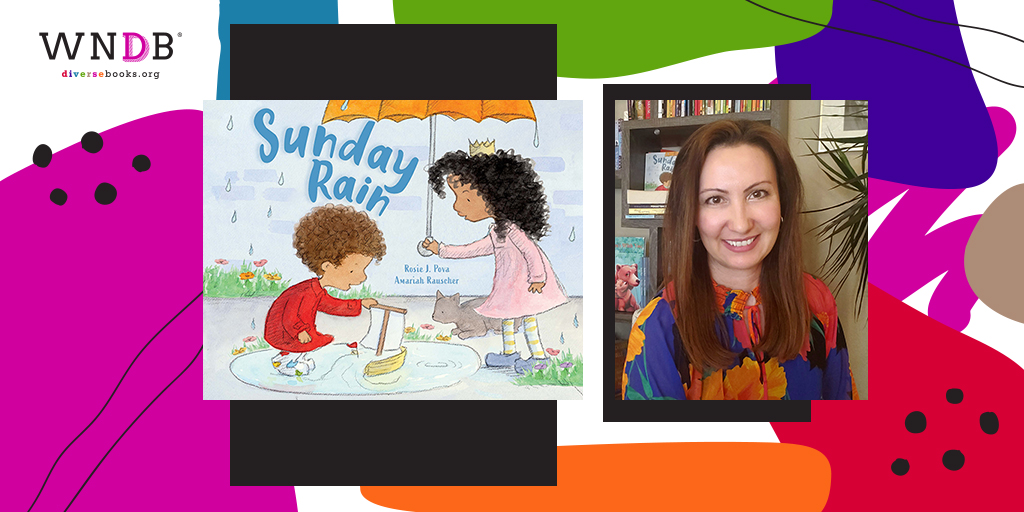 There probably isn’t a child who, at some point in their life, hasn’t been in a situation of being the new kid. Whether they’re just starting daycare, school, enrolling in a sport’s group, or moving into a new neighborhood, the new kid has to find their place and make the transition.

Often, one of the biggest challenges for young kids is reaching out and making new friends. This might be easier for some kids, but for the shy, introverted ones, it’s quite daunting.

So what’s a parent—or a teacher—to do to help? Maybe pull out a picture book to the rescue. Reading about a character in a similar situation who’s going through the same emotions can definitely serve as a starting point to offer reassurance and ease that transition. In addition, it can open the door to a discussion. In the case of introducing a new classmate to the class, sharing a story like that will be valuable in both giving perspective and prompting empathy.

My latest book, Sunday Rain, tackles that situation of being the new kid and also being shy and unsure how to make new friends.

When I wrote the story, the idea came from a childhood memory of me playing in a warm summer rain. But from there, the story took its own direction and the character, Elliott, presented himself with his own world and unique situation, slowly revealing the details to me.

I kept asking questions to find out more about him as the story kept unfolding.

Elliott wanted to play in the rain with the other kids, but why couldn’t he? And before that, what was he doing when it started raining? Where was he? What is his personality? And on and on.

Progressively, Elliott fleshed out and became a child most of us probably know in real life.

When Lantana picked up the story for publication, it felt like it had found its perfect home. They are a wonderful publisher that focuses on diverse books with inclusion and representation across the board. Naturally, they wanted my character to reflect that and I was 100 percent on board with it.

As a marginalized author and a mom whose kids’ friends are diverse, I definitely expect to see that representation in children’s literature, my own books included.

And then, Lantana signed the perfect illustrator for the book, Amariah Rauscher, who reinforced that mission of diversity in kid lit through her own experience, reflected in her art.

Another empowering element readers will find in Sunday Rain is the dark-skinned princess fighting a dragon to save her kingdom. The book keeps getting praise for that, and I’m so happy that this resonates with girls and parents.

As one reviewer noted, the idea of boys reading books with a girl protagonist is also subtly introduced in Sunday Rain, without being centered around in the story.

I hope that parents and educators will find this story worthy of sharing with their kids and students and consider adding the book to their home or school library. I also hope that after reading the story, kids will be empowered with more confidence and inspired to be themselves, to reach out and make new friends or reach out to become the new friend for someone, and also, to see diversity and mighty girls in books as a truthful reflection of real life. 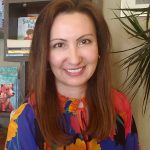 Rosie J. Pova is a multi-published, award-winning children’s author, poet, speaker, writing coach and school presenter on a mission to inspire children not only to read and write more, but to use their creativity, follow their passions, dream big and believe in themselves. She’s a Writing Instructor for the Dallas Independent School District, an instructor with Writing Workshops Dallas, teaching online picture book courses to children’s writers, and also serves as a judge for Rate Your Story.

Rosie speaks on many women’s topics as well and has appeared on radio and print media.

Her newly released picture book, Sunday Rain, was featured in The New York Time and Parents Magazine. Her upcoming picture book, The School of Failure: A Story About Success will be released in spring of 2022. Visit Rosie at www.rosiejpova.com.